Teenage rap fan, 17, died of accidental overdose at his girlfriend’s flat after ‘experimenting’ with same Xanax drug that killed his idol Lil Peep 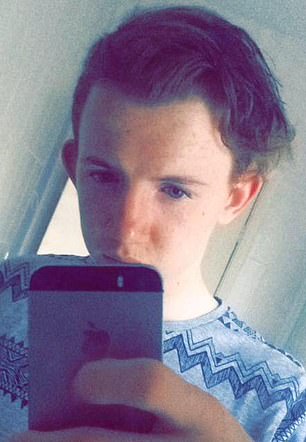 A teenage fan of a rap singer died after overdosing on the same deadly tranquilisers that killed the troubled star, an inquest heard.

Just four months after the death of US rapper Lil Peep from an overdose of the drug Xanax Kieran Shepherd was found dead at his girlfriend’s flat.

The 17 year old had been ‘experimenting’ with the tranquilisers which can only be bought from street dealers, online or from the dark web, for just a fortnight.

Now after the teen’s ‘tragic an unnecessary death’ police have issued an urgent warning about the danger of the drug which they say is fast becoming a problem.

Chesterfield Coroners’ Court heard Kieran’s girlfriend Erin Crick found his body at her flat in the town on the morning of February 17 this year.

The 19-year-old told the inquest he had started taking Xanax ‘no more than two weeks before he died’.

Ms Crick told how Kieran listened to music by the rap artist Lil Peep, who died after overdosing on Xanax.

She added: ‘A lot of people in Chesterfield were taking it.’

According to Ms Crick, Kieran probably took between ten and 15 Xanax tablets in the day before he passed away.

She said: ‘He was upset about his granddad being poorly and he was fed up with college’. 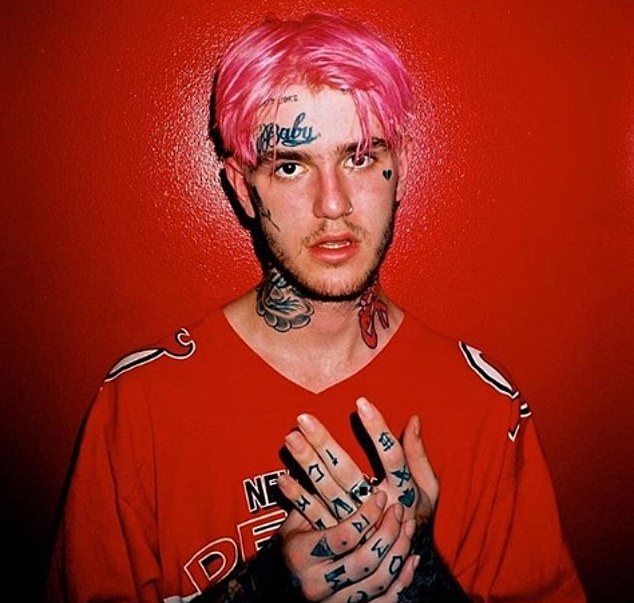 Lil Peep – real name was Gustav Elijah Åhr – was a Swedish-American and was found dead on November 15, 2017 from an accidental fentanyl-xanax overdose

But she said she did not get the impression he wanted to take his own life. ‘I didn’t think this would happen,’ she added.

Lil Peep – real name was Gustav Elijah Åhr – was a Swedish-American. He was a frequent user of drugs due to his mental health issues.

The 21 year-old was found dead on November 15, 2017 from an accidental fentanyl-xanax overdose

Xanax, the brand name for alprazolam, is a benzodiazepine used to treat anxiety and panic attacks. It is not available on the NHS and can only be obtained on a private prescription in the UK. 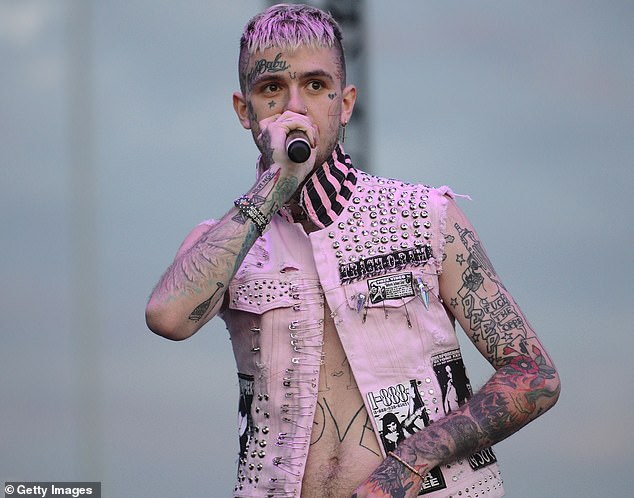 ‘Benzos’ work by slowing down the functions of the brain, acting as a leveller in times of high stress, over-excitement or anxiety. But serious side-effects can occur, including slurring words or even total blackouts.

Earlier this month Public Health England revealed that the number of children being treated for addiction to tranquilisers has doubled in a year, to more than 300.

Thousands of teenagers are being left ‘zombified’ after using the tranquiliser Xanax as a party drug or to help them cope with mental-health problems.

It is causing adolescents to suffer memory blackouts and personality changes, according to the largest survey of its kind this year.

Some 35 per cent of those aged between 13 and 24 take the drug recreationally or to help them cope with stress and depression when help is lacking in an over-stretched NHS, the research, by the website VICE, adds.

Bambos Charalambous, who is Labour MP for Enfield Southgate and has previously voiced concerns over Xanax, claims the tranquiliser is part of a subculture for those under 30, with older generations often never having heard of it.

Xanax is banned by the NHS but can be easily bought online from the US, where it is legal, creating a black market.

Benzodiazepine, also known as ‘benzos’, typically cause users to build up a drug tolerance within weeks, resulting in them craving ever larger doses to get the ‘hit’ they desire.

Withdrawal symptoms can include anxiety, panic attacks and even hallucinations.

Xanax, and copies of it, accounted for the sharpest rise – from eight children receiving treatment in 2016-17 to 53 in 2017-18. Ambulance services around the country have also reported a growing problem.

Many of the pills taken by children are copies bought online, with no indication of their strength or whether they have been adulterated.

Detective Constable Dean Tidd, of Derbyshire Constabulary, told the inquest analysis of Kieran’s mobile phone revealed he was ‘possibly experimenting’ with the tranquiliser but this was only ‘very recently’ before he died.

He added: ‘Xanax use has increased quite dramatically. ‘We’d call it an emerging trend. It’s something more people are taking.’

The teenager’s mother Lisa Shepherd described her son as a ‘caring and loving son’ who had many interests including music, playing computer games and supporting his local football team Chesterfield.

Kieran’s father Richard Shepherd said he was a ‘lovely kid’ but he said his son was ‘easily led’.

Coroner Peter Nieto concluded Kieran’s death was drug-related. He said toxicology tests revealed the level of Xanax in Kieran’s system was within the range capable of causing death.

‘It’s clear he was a very recent user of Xanax, a very inexperienced user. There’s no evidence he took the tablets to harm himself,’ added Mr Nieto.

After the inquest, Derbyshire Constabulary issued a statement which said: ‘This is a tragic and unnecessary death of a young man. Kieran was just 17-years-old and had his whole life ahead of him. Our thoughts are with Kieran’s family and friends.

‘Kieran purchased what he believed to be Xanax tablets. Xanax, also known as alprazolam, is used to treat anxiety and panic disorders.

‘Tablets purchased illegally are unregulated and could be adulterated with any number of harmful substances. There is no way of determining what the strength of these tablets are, or if they are genuine or fake.’