This is the horrifying moment a teenager was found covered in blood with a knife embedded in her cheek.

The unnamed 19-year-old shop assistant had finished work last Tuesday night and was walking to her when a robber confronted her.

The man allegedly grabbed the girl’s handbag but she resisted. He grappled with her before plunging the kitchen knife into her face and fleeing with her valuables in Bukit Tengah, Malaysia at around 9.30pm.

Footage from the scene shows her calmly sitting on a wall with the weapon sticking out just below her right eye while passers-by come to her aid.

Police said the girl was still conscious and was rushed to Bukit Mertajam hospital where she was recovering after the attack. 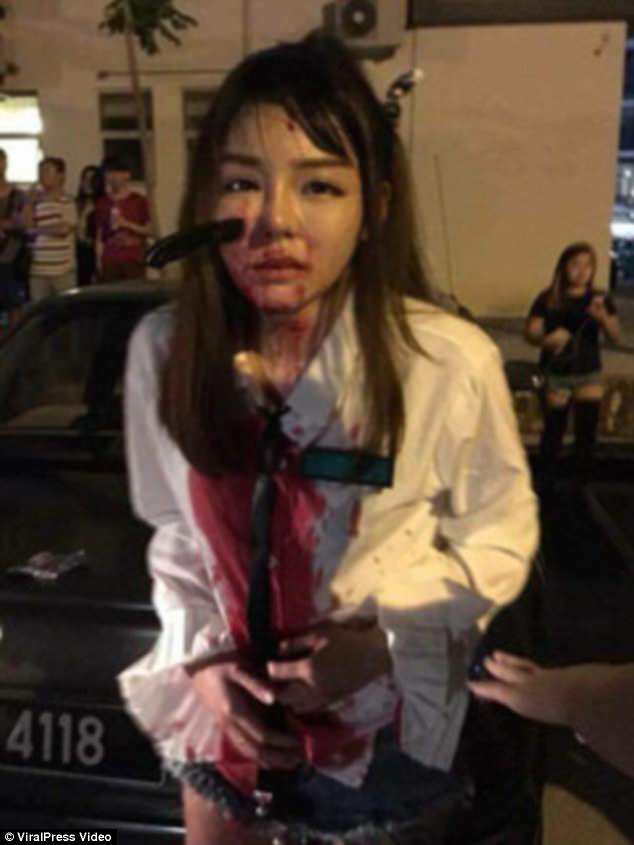 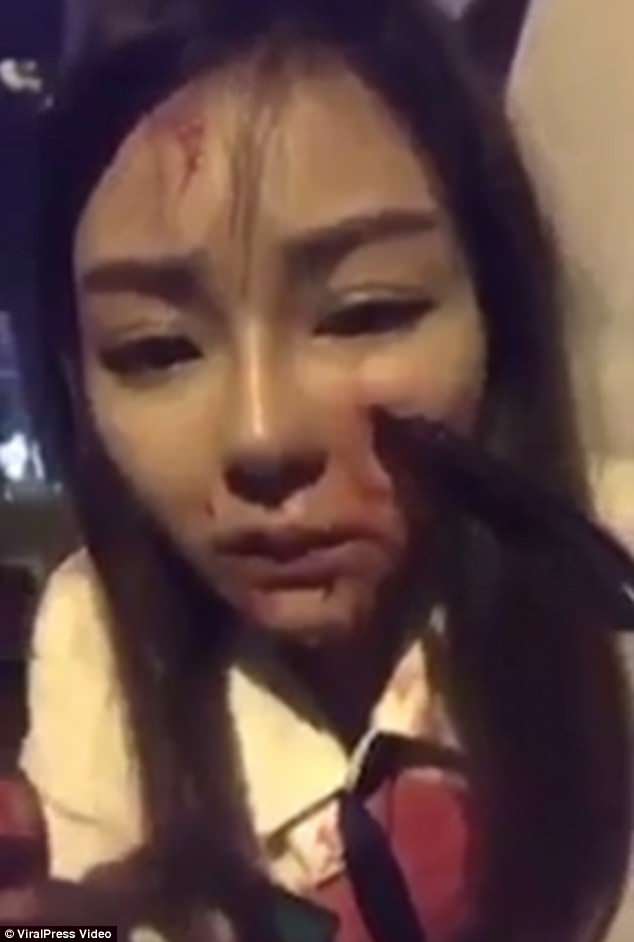 A source from the scene told local media that the woman had walked down a ‘dark alley’ when she was confronted.

The said: ‘The victim was struggling with the man who had stolen her valuables. The man stabbed the victim’s face with a knife then ran away with it still stuck there.

‘He escaped and the woman was covered in blood. She was helped by members of the public.’

He said: ‘The victim, who is from Chai Leng Park in Perai, sustained injuries to her abdomen and neck. Her right cheek was also badly injured after the robber stabbed her with a knife.’

He said the victim is receiving emergency treatment at the Bukit Mertajam Hospital where officers were waiting to take her statement.

He added: ‘A check at the scene showed that although the car park is located behind a commercial centre, there are street lights at the scene.

‘We are collecting the CCTV recordings near the scene to track down the suspect. We are also looking for eyewitness to assist us in the investigation.’ 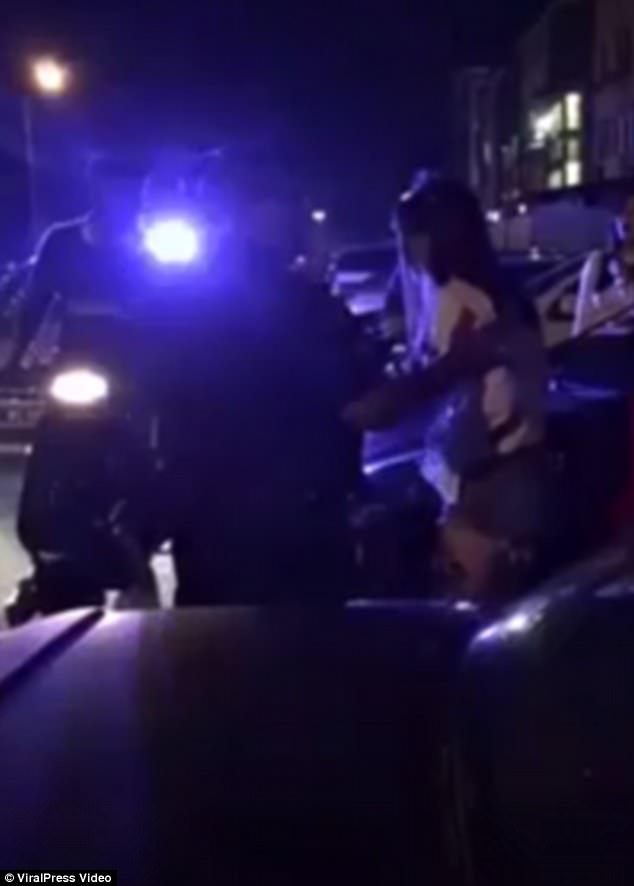 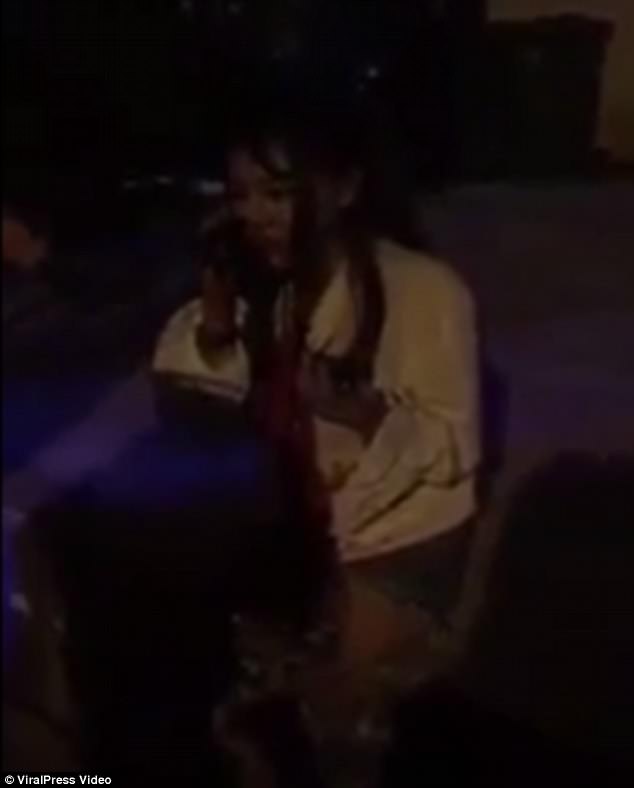