Teenager who delayed going to the doctors is diagnosed with cancer

A teenager who delayed going to the doctors for months due to the coronavirus lockdown has now been diagnosed with stage-four cancer.

She first discovered a small lump on the right of her neck in January and initially ‘didn’t think anything of it’, but by March it had grown to the size of a 10p coin. 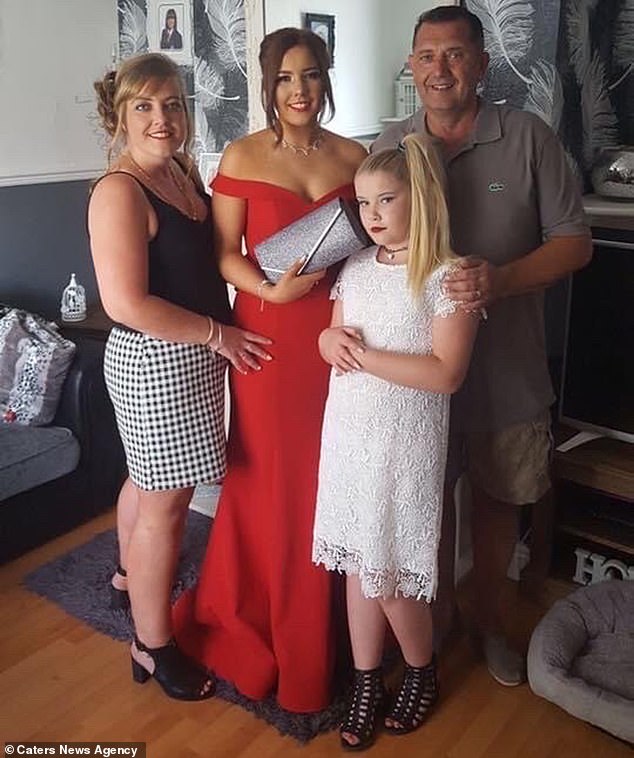 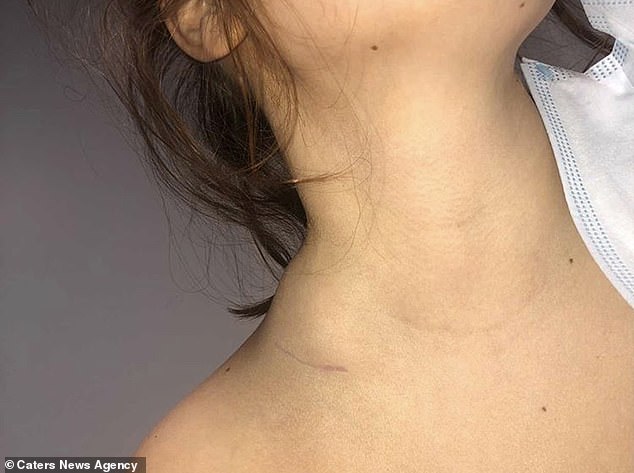 During a brief telephone call, doctors told her to keep an eye on it – but when she finally saw a doctor last month, she went for a biopsy and received the diagnosis.

Miss Heeland is now urging others to go to the doctors as soon as they notice any changes in their body – something she wishes she had done sooner.

How Hodgkin lymphoma affect 2,000 people in UK each year

Hodgkin lymphoma is a type of cancer that starts in the lymphatic system, a network of vessels and glands around your body.

It affects nearly 2,000 people each year in Britain, with common early symptoms including a painless swelling in the armpits, neck and groin.

Some people also experience heavy night sweating, extreme weight loss, itching, shortness of breath and coughing.  The condition is most common between the ages of 20 and 24, and 75 and 79.

Treatment may include chemotherapy, radiotherapy, steroids and stem cell or bone marrow transplants.

The teenager, who lives at home with her parents and younger sister, said: ‘I first noticed a little lump in January whilst lying in bed with my boyfriend, but it was so small that I didn’t think anything of it.

‘With coronavirus, I didn’t want to go to the doctors, but when I did eventually make an appointment, it was a phone appointment so the lump couldn’t be properly examined.

‘It took six months for me to get a biopsy and I do wonder if it would have been different if I had been diagnosed sooner – it might not have progressed to stage four.

‘When I found out, I was with my mum and we just broke down. I’ve been told that it is treatable so I’m trying to stay positive but it’s really upsetting.

‘I’m currently in the process of having my eggs frozen as I’ve been warned that the chemotherapy may leave me infertile – I never expected to have to freeze my eggs at 19 years old.

‘I’ve had to leave my job and the chemotherapy is going to start soon; my whole world has been turned upside down.

‘I want to urge people to go to the doctors as soon as possible if they notice any changes in their body; even if you’re not worried about it, just go and be safe.

‘I should have been seen much quicker than I was but with coronavirus, all appointments are telephone appointments, so it’s important to call as soon as you notice any changes’. 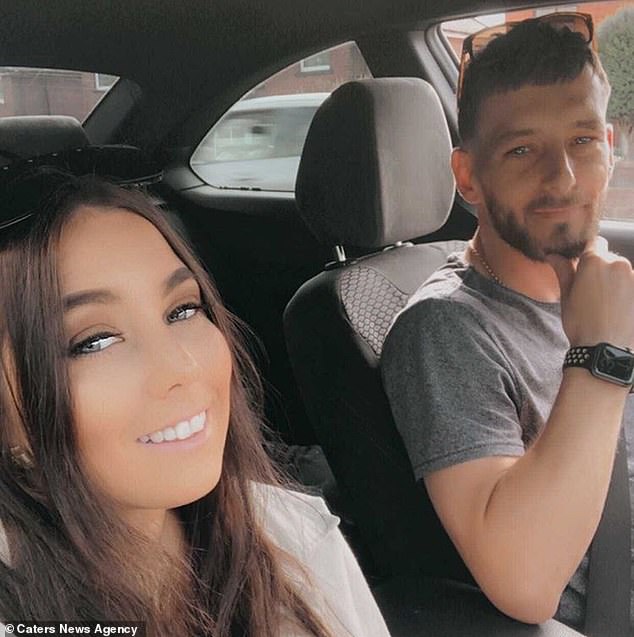 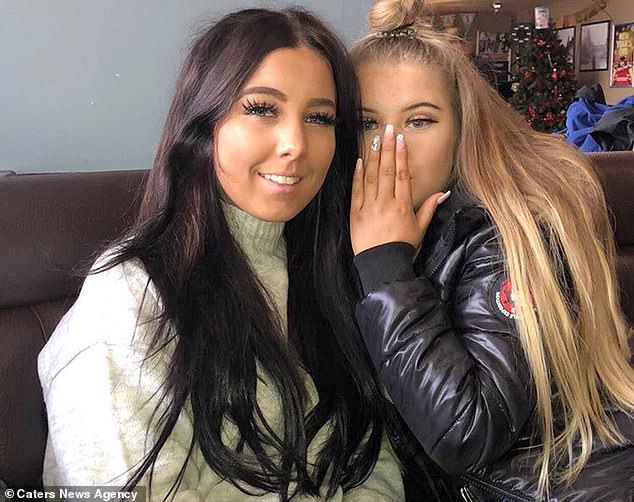 Miss Heeland, pictured with her sister Madison, has urged people to get any lumps checked

It come as a Cancer Research UK report warned many elderly patients have stopped seeking help for cancer symptoms during the pandemic.

It found that more than half of GPs are concerned because fewer older adults are contacting them with signs of cancer since March.

Early diagnosis is vital in boosting cancer survival rates, and age is by far the biggest risk factor for cancer, with more than a third of all cases in over-75s.

Experts have warned the ‘stay at home’ message during lockdown means tens of thousands of people with symptoms are not been getting the help they need. 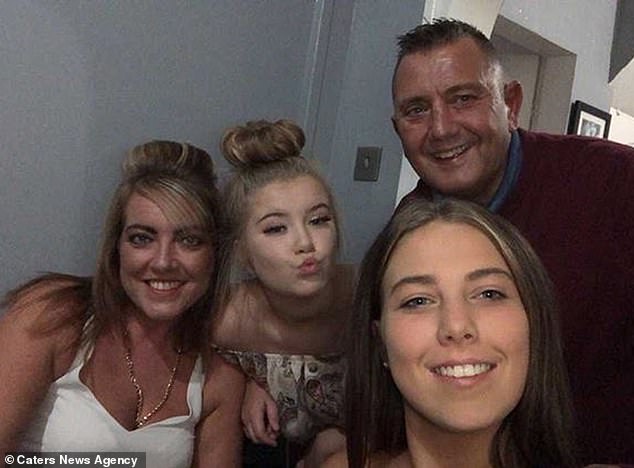 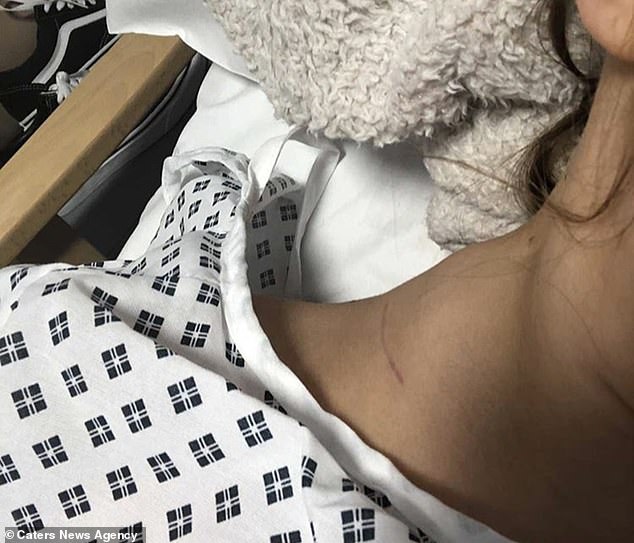 It took Miss Heeland six months to get a biopsy. She is pictured above in a hospital gown

The checks, which are currently being denied to millions of women in the age category, were found to increase survival rates by up to 27 per cent.

The NHS has barred women over 70 from requesting screening in an effort to tackle backlogs caused by the pandemic.

But a new Swedish study at Umea University highlighted the possible effects of leaving out the over-70s.