Teenager's conviction for driving while disqualified quashed by judge

A teenager who knocked down and killed two people with his father’s Audi has had his conviction and jail sentence for driving while disqualified quashed.

Max Coopey, 19, killed father-of-three Jason Imi, 48, and John Shackley, 61, as they were walking back from dinner in Ascot, Berkshire in August 2018.

The boy, then aged 17, was later absolved of blame for their deaths by an official police report and was given a community service and fine for drug-driving.

Coopey was later handed a 12-week jail term after he was caught driving his mother’s Renault Clio car while disqualified and without insurance weeks after the fatal crash.

The teenager, whose parents are Metropolitan Police officers, served just over a week in jail before being freed on bail while awaiting an appeal hearing against his conviction for driving while disqualified and without insurance.

Today his conviction and sentence were overturned at Reading Crown Court.

Max Coopey (left), 19, killed two men while driving a sports car in August 2018. His officer parents Russel (right) and Catherine Cooper were investigated for allegedly ‘turning a blind eye’ to their son’s drug habits, and were cleared with no case to answer

Judge Heather Norton argued that PCSO Gary Clarke, who saw Coopey in his mother’s car on October 19, 2018, may have been suffering from ‘confirmation bias’.

She ruled that it would therefore be unsafe to convict Coopey on that basis.

Coopey had denied driving while disqualified and without insurance weeks just weeks after the double fatal crash in August 2018.

He instead argued that his friend Kieran Shepherd had been driving the car while he had been in the passenger seat using his phone.

Giving evidence at the appeal hearing at Reading Crown Court today, former PCSO Clarke said: ‘As I passed the car, I looked straight through the driver’s window where I saw it was Mr Coopey driving the vehicle. Initially he was facing me, but as I went past he sort of sank down into the seat to try to hide his appearance.’

At the previous trial in Reading Magistrates’ Court last October, District Judge Davinder Lachhar had said she did not believe either Coopey or Mr Shepherd and accused them of ‘agreeing on a story.’

She had jailed Coopey for 12 weeks, before he launched an appeal against his conviction just days into serving his sentence.

Today, Judge Norton decided that Mr Clarke had only seen Coopey for three seconds, calling it a ‘brief glimpse’ and said he had expected to see the teenager. 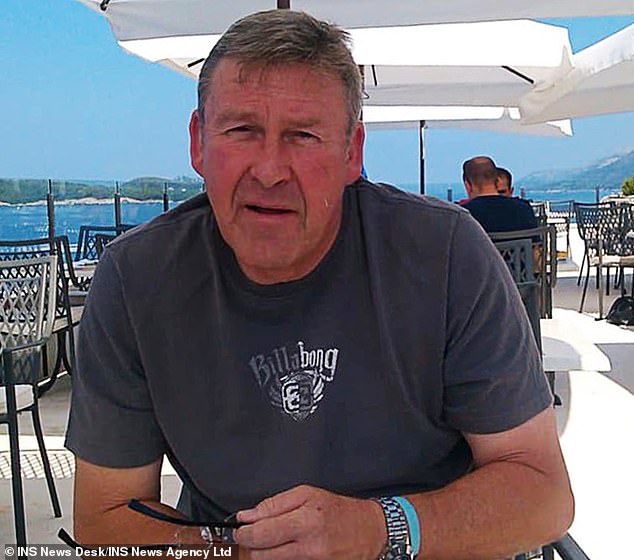 John Shackley (pictured), 61, was killed by Coopey while walking home with his colleague Jason Imi in Ascot, Berkshire in August 2018

‘There is force in the submission that this is confirmation bias. It seems to us that for two 17-year-old boys to pay £70 to insure a car, it is unlikely they would have just thrown that £70 away and had Max Coopey drive the car in any event.

‘It could well be the case that they did all of that with Max Coopey at his home address and Kieran Shepherd at his home address, and Max Coopey drove to collect his friend on his way to London, but that is not how this case has been put and it would not be safe for us to make that inference.’

Jai Patel, representing the Crown, brought forward evidence of the teenager’s ‘bad character’, pointing to his conviction of drug-driving in June 2018 and the killing of Mr Shackley and Mr Imi in Ascot, Berkshire just weeks later.

Eva Niculiu, representing Coopey, told the court how the teenager had never been charged in relation to the men’s deaths, adding: ‘That is legally irrelevant; highly, highly prejudicial and frankly gratuitous.’

Judge Heather Norton, sitting with two magistrates at Reading Crown Court, said: ‘The fact that two people died tragically in that accident seems to us may be heavily prejudicial. It cannot have any bearing on the decision we have to make today, as to whether or not it was Mr Coopey driving on October 19.’

The court was also shown a video reconstruction of the route which PCSO Clarke would have driven along, produced by Ms Niculiu.

Ms Niculiu said the video, filmed from the point of view of a car driving down Burleigh Road at night, was ‘Mr Coopey’s mother trying to recreate the conditions.’ 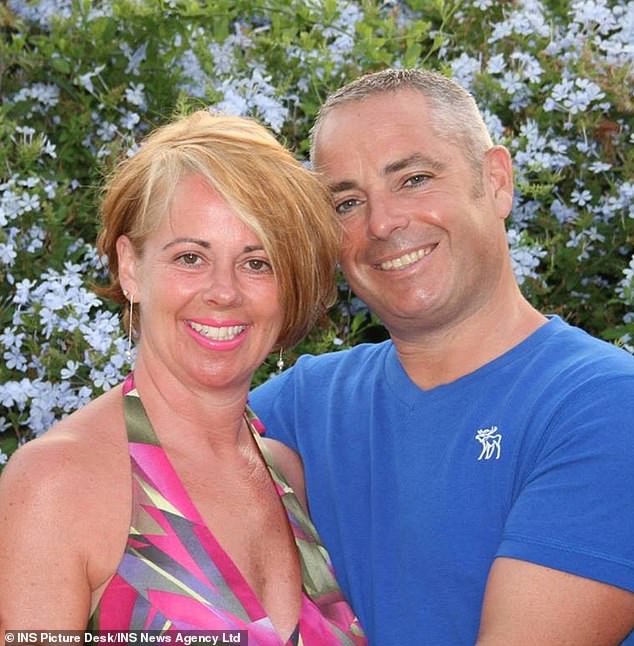 Jason Imi (pictured with his wife Sarah), 48, was killed by Coopey while walking home with his colleague John Shackley in Ascot, Berkshire in August 2018

She argued that PCSO Clarke would have only had a brief glimpse of the person driving the silver Renault Clio car, which had stopped at a traffic calming measure.

Ms Niculiu said the second, stationary car was being driven by his father, who was a sergeant in the Metropolitan Police, in the reconstruction.

However, it was thrown out of court, with Judge Norton arguing that the home video was ‘inadmissible, quasi-forensic evidence’ and ‘irrelevant’.

Judge Norton said: ‘I am not sure about the propriety of this. You have got a video that has been set up by the parents of the defendant.

‘That is not an expert reconstruction and you are asking this witness about what he can see in that video, which is taken on a video camera. These questions are not fair. It cannot help us, he cannot give evidence about it.’