'OMG you are going to love New York'. If I had a dollar for every time someone said that to me I would have paid for my trip. But I have a confession – I disliked New York. Intensely. The constant noise, crowded streets, smell and rampant consumerism, rather than leaving me energised, just drained me. For all that, I did find pockets of quiet beauty amid the soaring buildings, concrete and hurrying people. For what it's worth, here are my tips for those of you of a more introverted bent to surviving a trip to the Big Apple.

1. Walk as much as possible: This is true of just about any travelling – you see more on foot. But in NY it's the best way to find the unusual – such as the rhinoceros sculpture at Astor Place (one of many such artworks dotted around Manhattan), which was made to highlight the plight of the northern white rhino of which only two are left in the world – both female.  Or St Paul’s Chapel, which opened in 1766 and where George Washington had a pew. It's small cemetery is a poignant reminder of New York's past. And down in the financial district you can find the pub where Washington formed the Sons of Liberty leading to the War of Independence. 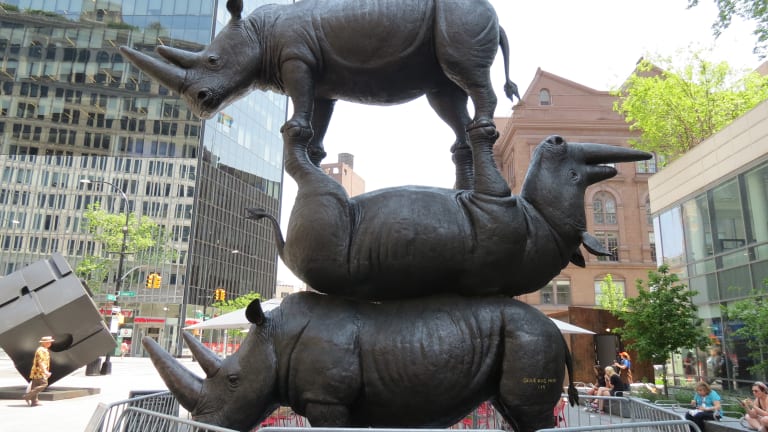 One of many street artworks in New York.

2. Have patience: Another confession, this is not one of my strengths, but the security measures at just about every New York tourist attraction would test even the mostly saintly of us. And by security checks I don't mean a cursory look into a bag – I mean bag screening and metal detectors. For example, one must go through airport-like security to get onto the boat to Liberty and Ellis islands. It took an hour and that's because the metal detector was so sensitive it picked up the wire in my bra – which I found out from a very patient security guard who has to deal all day with agitated women wondering what they hell they were doing wrong. Just take deep breaths and allow enough time.

3. Get out of Manhattan: If you have time it's worth trekking to one or more of the other boroughs. I was lucky to spend time in Brooklyn, which has the gorgeous Prospect Park and Botanical Gardens. An added bonus was being there during the cherry blosson festival when the gardens were a riot of colour and the petals dropped like spring snow. I also found the amazing Green-Wood Cemetery –  founded in 1838 and set in stunning gardens with lakes and gravestones that were works of
art in themselves. Moreover, the food is cheaper in Brooklyn and it boasts many funky cafes such as the laundromat turned bar/cafe on Beekman Place. 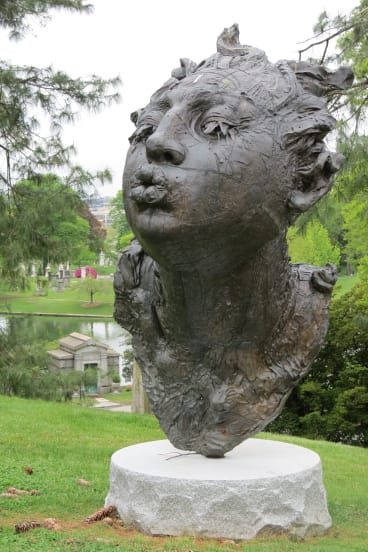 4. Give smaller attractions a go: The big ticket items will always be on tourists' lists, but for a taste of something different try smaller galleries and tours such as the Frick Collection on Fifth Ave. The stunning works of art and furniture were collected by Henry Frick, a NY industrialist, and are housed in his mansion – basically it is like walking into an Edith Wharton novel. Also worth considering are the Whitney Museum of American Art (at the end of the High Line park walk), the Tenement Museum (a fascinanting glimpse into how immigrants lived in 19th century NY) and the Harlem Gospel Tour (including a peformance by a gospel choir that had us dancing in the pews even though I failed to find God).

5. Spend a day in Central Park. A wonderful antidote to the bustling city around it and the bonus of being there in spring was the burst of colour everywhere, particularly tulips. Without it, NY would be a dismal place. 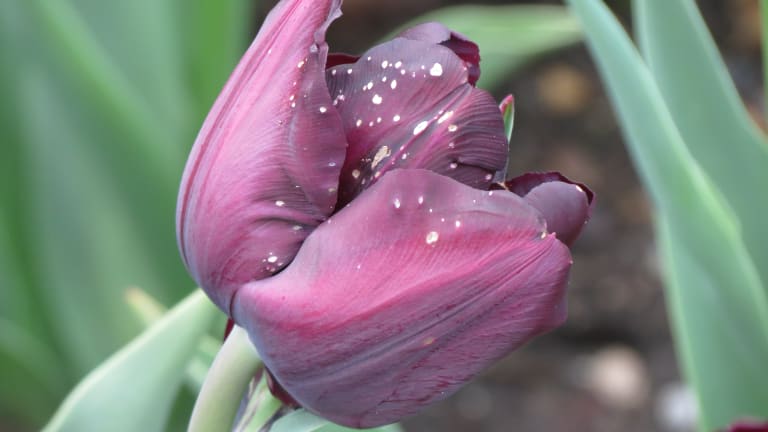 Spring is a glorious time in New York with the tulips blooming.

6. The subway is your friend and your enemy: The network running underneath the city is a great way to get places quickly and saves your feet if you are tired of walking. It is relatively inexpensive, but trains often do not have information about upcoming stations on them and the announcements quite often are incomprehensible. If in doubt ask – New Yorkers will help you.

7. Take way more money than what you think you will need: This is an expensive place particularly Manhattan and that's before factoring the tax on top of purchases and tipping. Australians have a reputation for tipping at the lower end of the scale. We hovered around the 15 per cent mark sometimes 20 per cent if the service was good, but everyone expects a tip. Keep small notes such as $1 and $5 handy.

8. Look out for bargains: The Staten Island ferry is free, operates all night and will give you a good view of the Statue of Liberty and NY. Museums have special nights or times when entry is discounted or you can make a donation and tickets to Broadway performances or the opera are available at reasonable prices if you show up at the box office or get online.

Tourists can get great views of the Statue of Liberty from the free Staten Island Ferry.

9. Consider a New York pass for short visits: This will get you into major attractions quicker and also comes with discounts for the hop-on-hop-off bus for example.

10. Bring an empty suitcase: Even if you are the most reluctant of shoppers (as I am) rest assured you will buy more than you intend. If you have the baggage allowance, use it.