Terrifying footage shows the moment stationary vehicles on a motorway are hit from behind by a car which flips on to its roof.

A camera filming out of the back of one of the vehicles shows the rapidly-approaching car cut between two motors and then smack into the back of a third.

The detonation of the airbags can be seen as the silver car lifts into the air and rolls on top of another vehicle.

The incident happened on the M8 near Glasgow during the Thursday morning rush hour and involved a total of 20 vehicles, Police Scotland say no one was charged in relation to the crash. 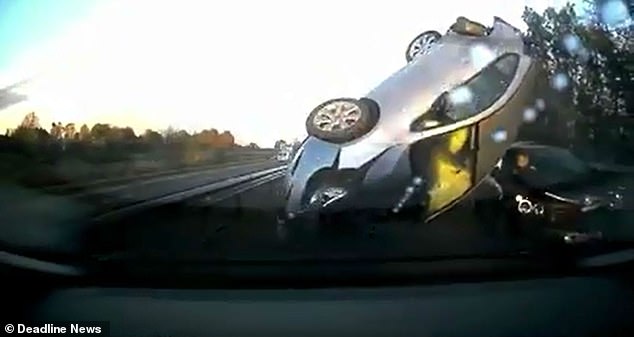 The clip opens after the original accident has happened and cars have pulled to a halt. A white Suzuki Swift driver pull over to the left hand side while a black car is slightly in the wrong lane.

But the driver of a silver car appears not to have spotted the danger ahead and passes between the Suzuki and black car, delivering a glancing blow to both.

There is then a massive bang as the silver car smashes into the back of the dashcam vehicle. The driver’s arm can be spotted from behind the inflated airbags as the car lifts up on its front wheels as then rolls on top of the dark car behind. 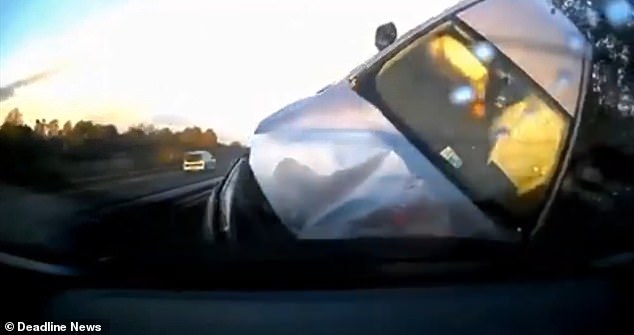 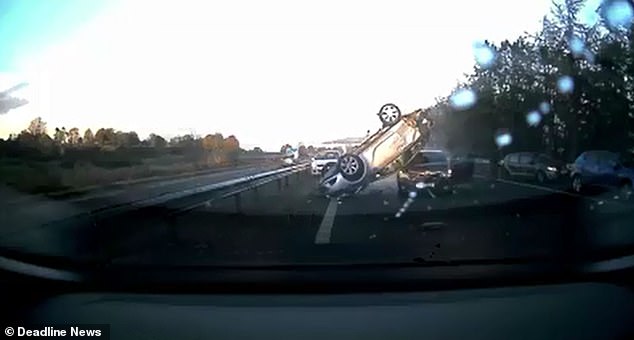 Dash cam footage shows the extent of the chaos, with the car flipping dramatically

The driver of the dark car watches in shock and disbelief as the silver car lands on top of his vehicle before exiting from the front passenger door.

He and other travellers then manage to prise open the driver’s side door of the silver car.

Nick Robb posted online: ‘This was terrifying. I passed this as it happened on the Westbound Lane.’

Police said there were no serious injuries in the accident and no arrests or charges. 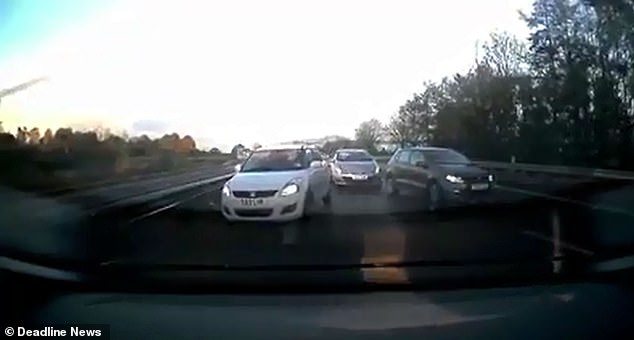 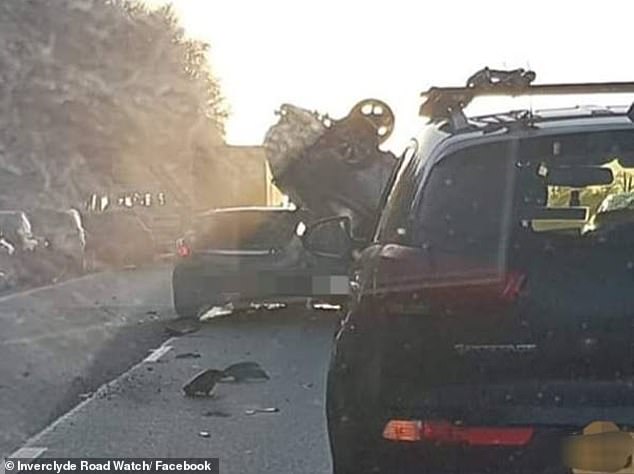 Initially, five cars collided on the eastbound carriageway in Scotland, near the Erskine Bridge, shortly before 8am.

However, more drivers ploughed into the pile-up taking the total to a reported 20 at the scene between junctions 31 and 30.

A car can be seen on its roof in the line crashed vehicles on the eastbound carriageway. Witnesses at the scene said there were multiple overturned vehicles.

Emergency services rushed to the scene where debris was all over the road. 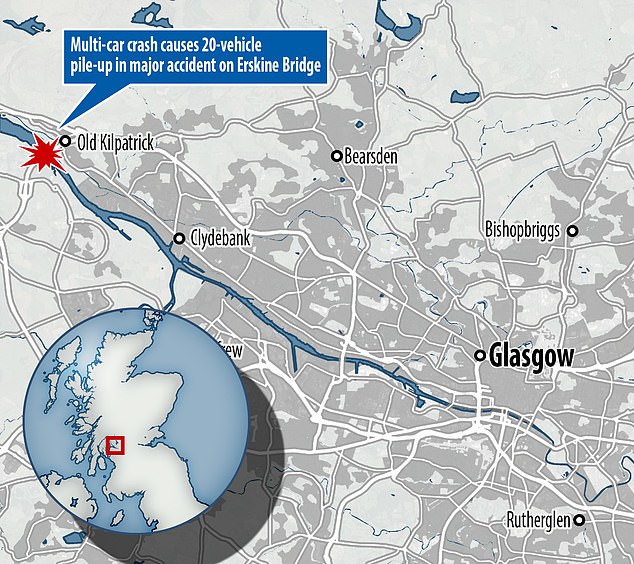 The M8 motorway is believed to be the busiest in Scotland. After the 20-car pile-up there are major traffic problems around junctions 30 and 31 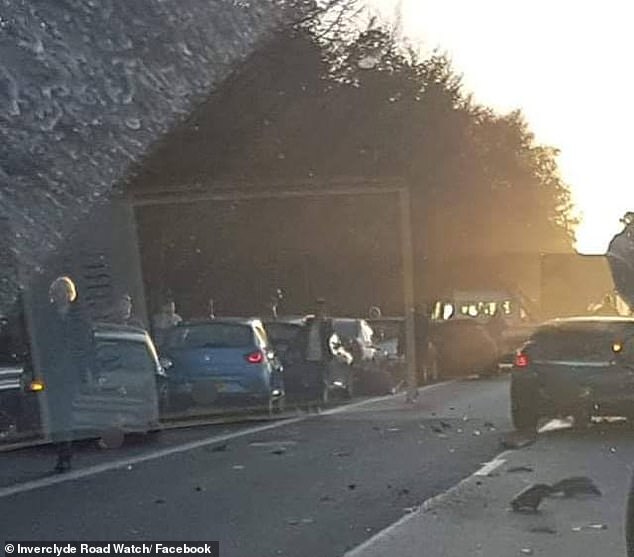