Thai riot police fired water cannon at protesters who tried to cut their way through razor wire barricades outside parliament in Bangkok today as lawmakers discussed possible changes to the constitution.

Protesters are demanding changes to the constitution drawn up by Thailand’s former junta. They also want the removal of Prime Minister Prayuth Chan-ocha, a former army ruler, and reforms to curb the powers of the monarchy.

Police set up barricades outside parliament, where hundreds of royalists earlier demonstrated to call on lawmakers not to change the constitution.

Live television images showed water cannon being fired against an advance guard of anti-government protesters who arrived with helmets and masks and tried to remove the coils of wire. Protesters threw back coloured smoke bombs at police. 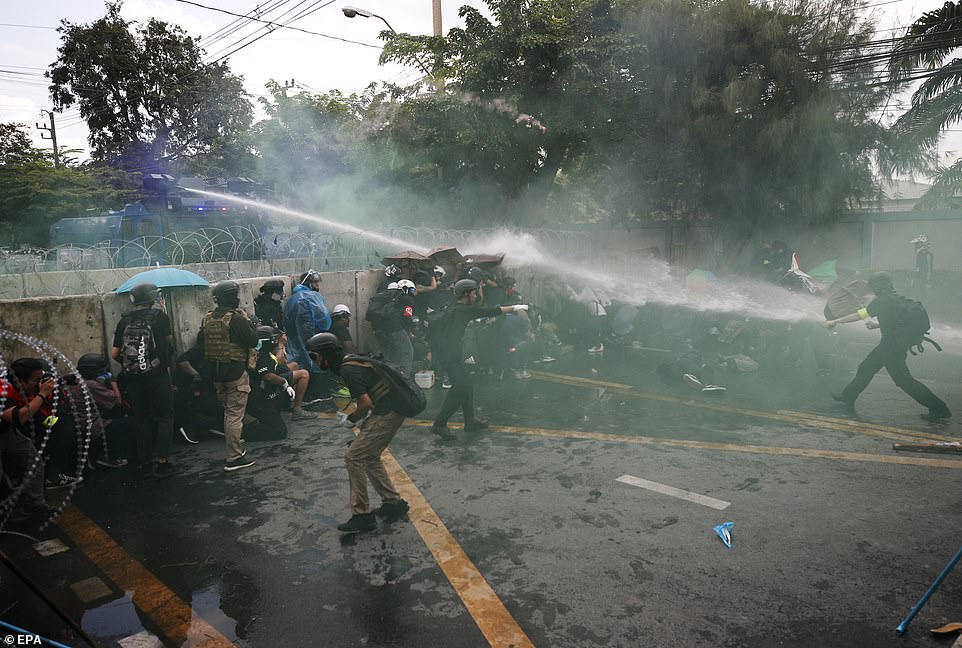 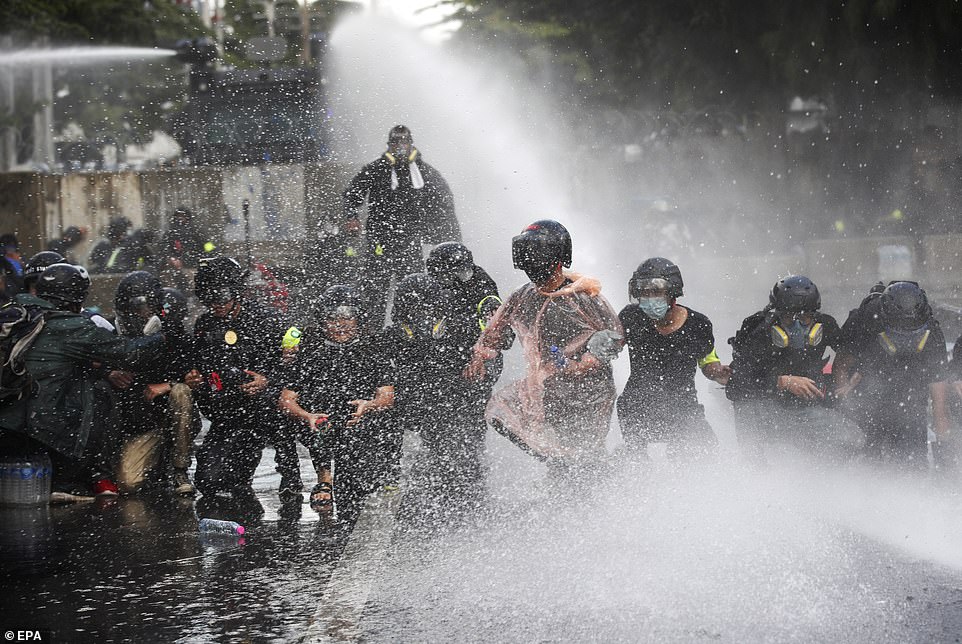 Police declared that protests were banned within 50 metres of the area. Hundreds of protesters assembled nearby.

Lawmakers were discussing several proposals for the way in which the constitution can be amended – some of which would exclude the possibility of changes to the way King Maha Vajiralongkorn’s monarchy is treated under the constitution.

There is also discussion of the role of the Senate, which was entirely selected by Prayuth’s former junta and helped ensure that he kept power with a parliamentary majority after a disputed election last year. Prayuth says the vote was fair.

Opposition parliamentarians have also called for changes to the constitution. 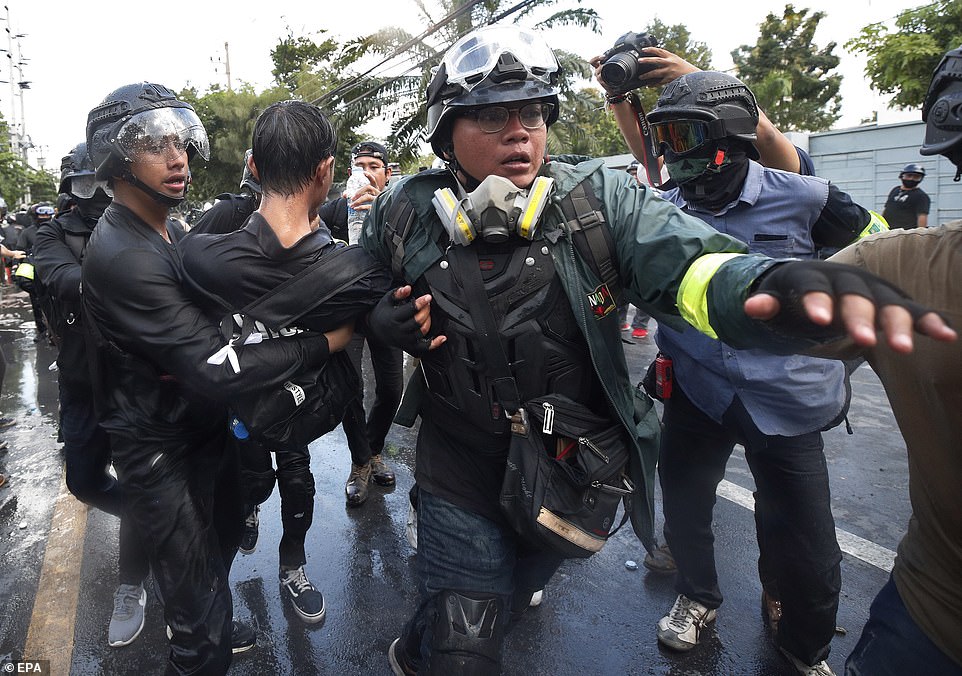 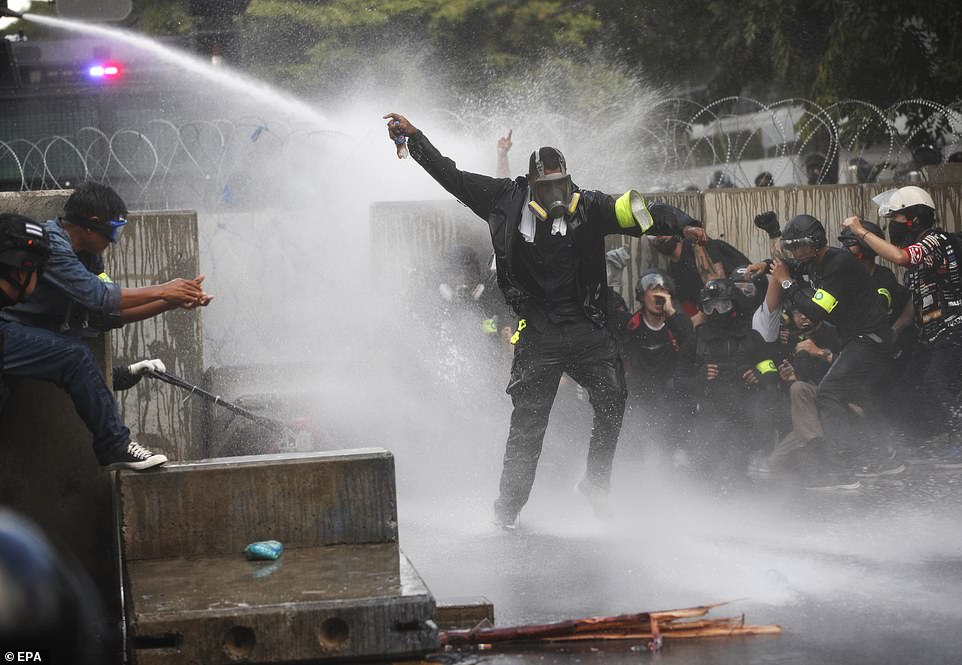 Live television images showed water cannon being fired against an advance guard of anti-government protesters who arrived with helmets and masks and tried to remove the coils of wire. Above, a protester reacts as he is hit by a water cannon. 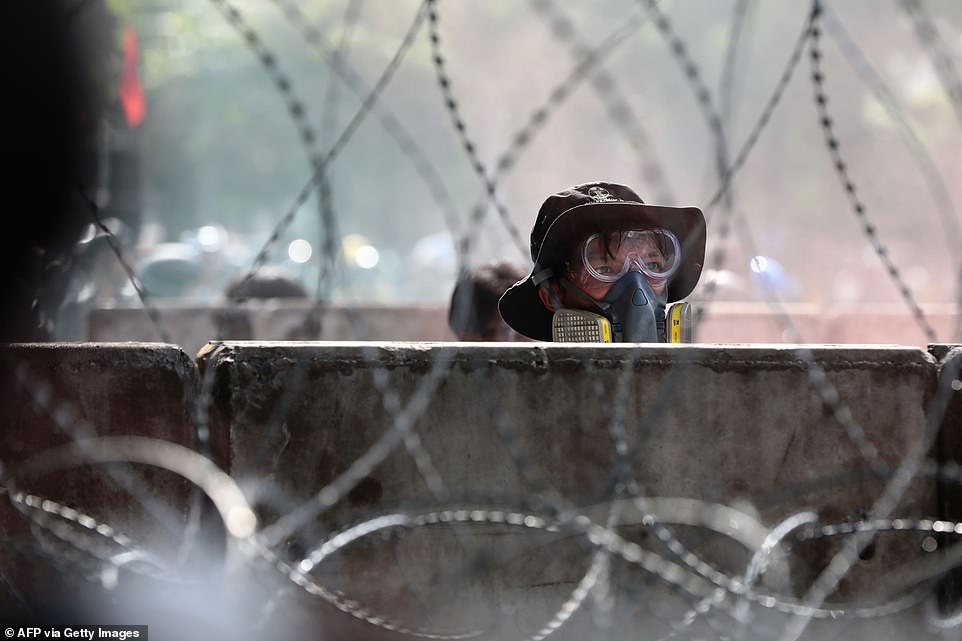 A pro-democracy protester, wearing a hat, goggles and a mask, looks over the barricade set up by police near Parliament 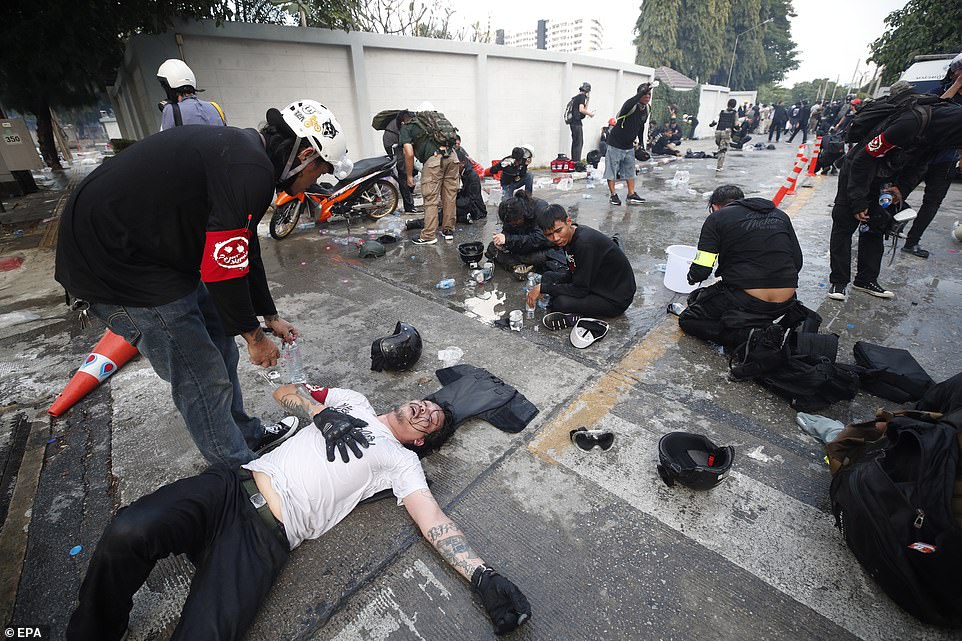 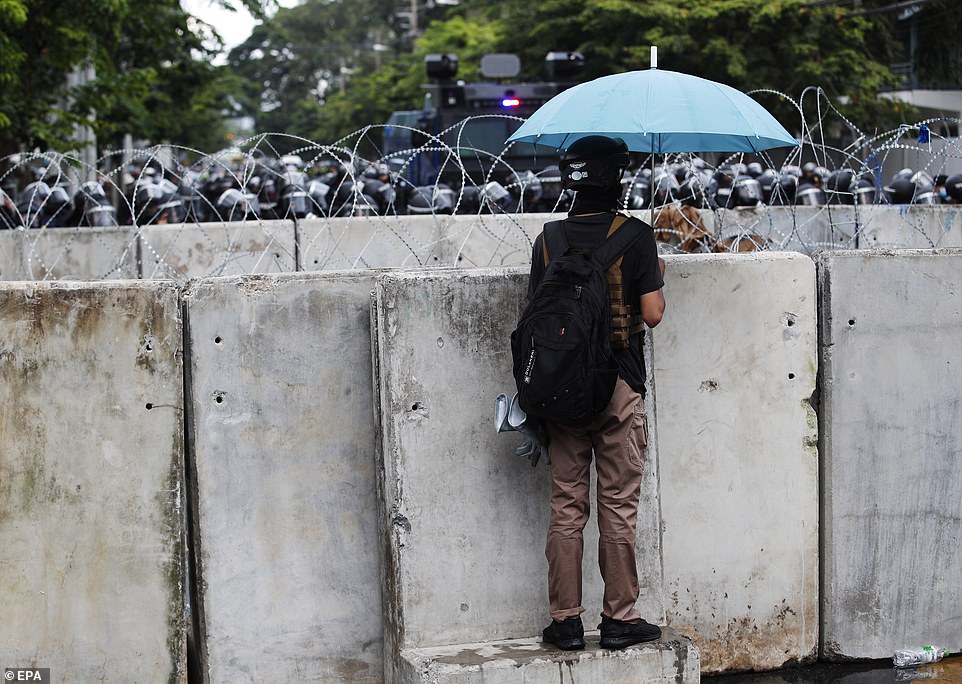 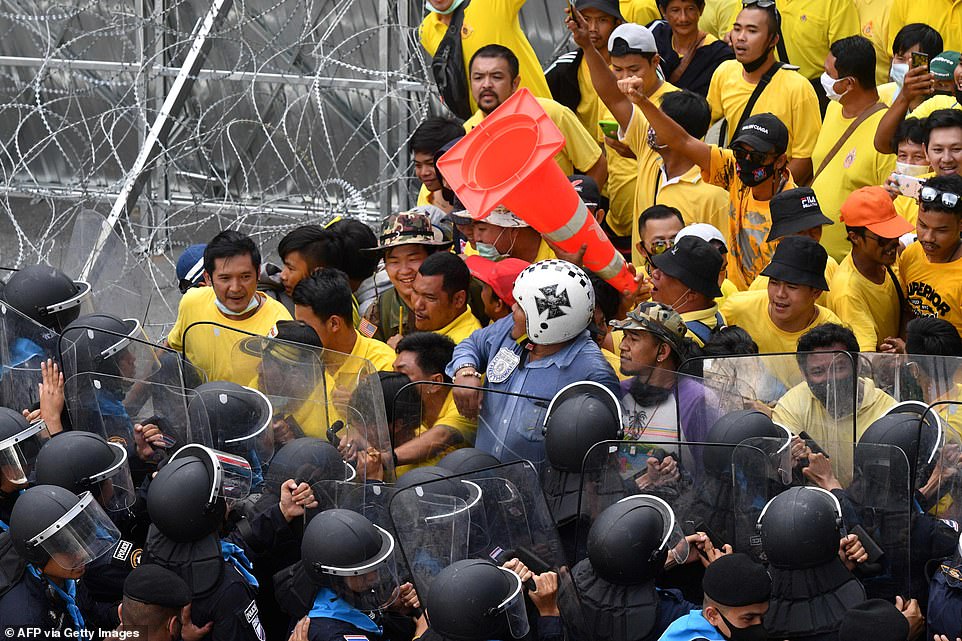 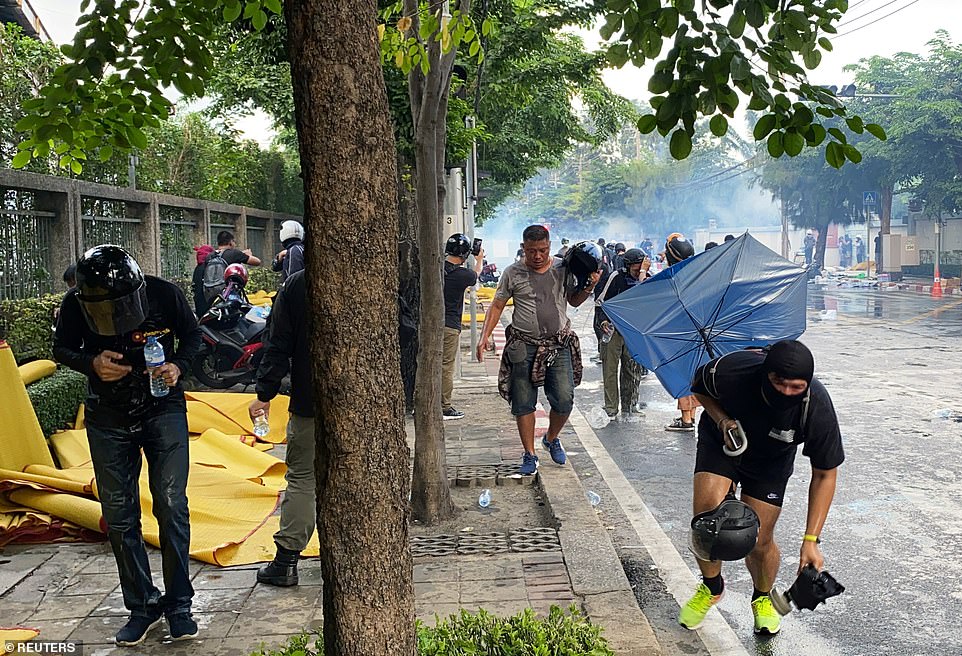 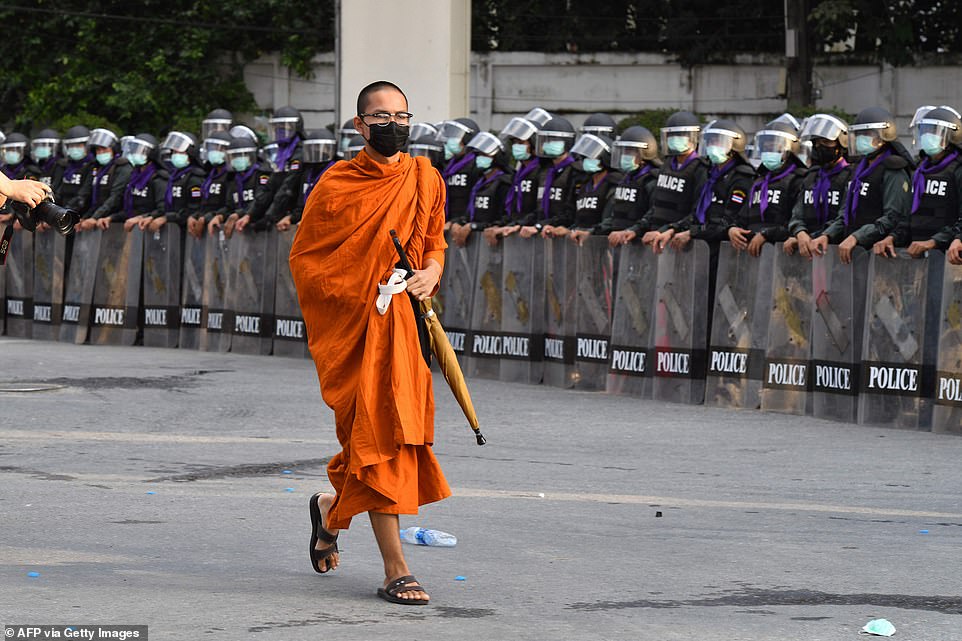 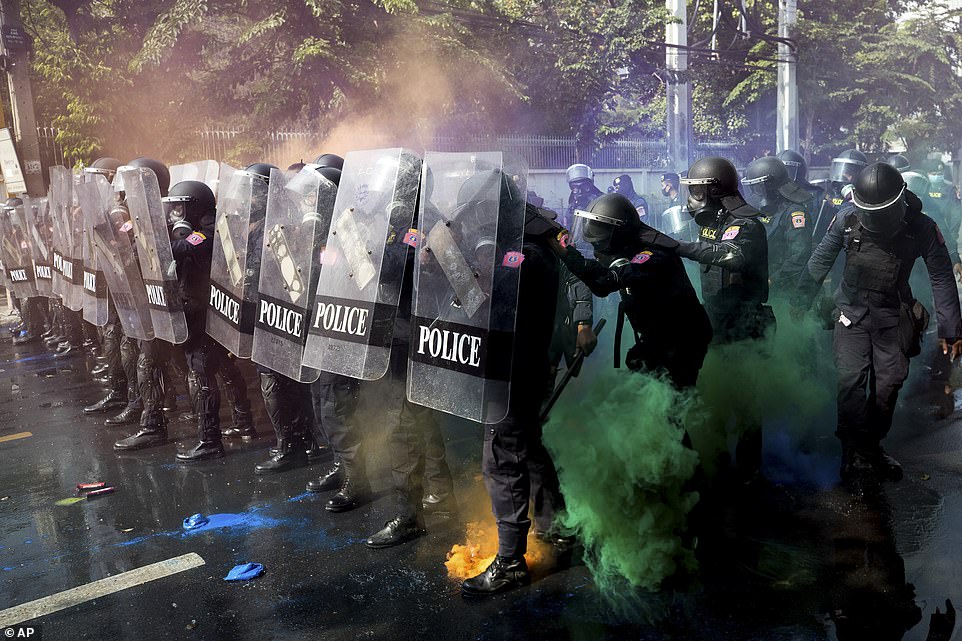 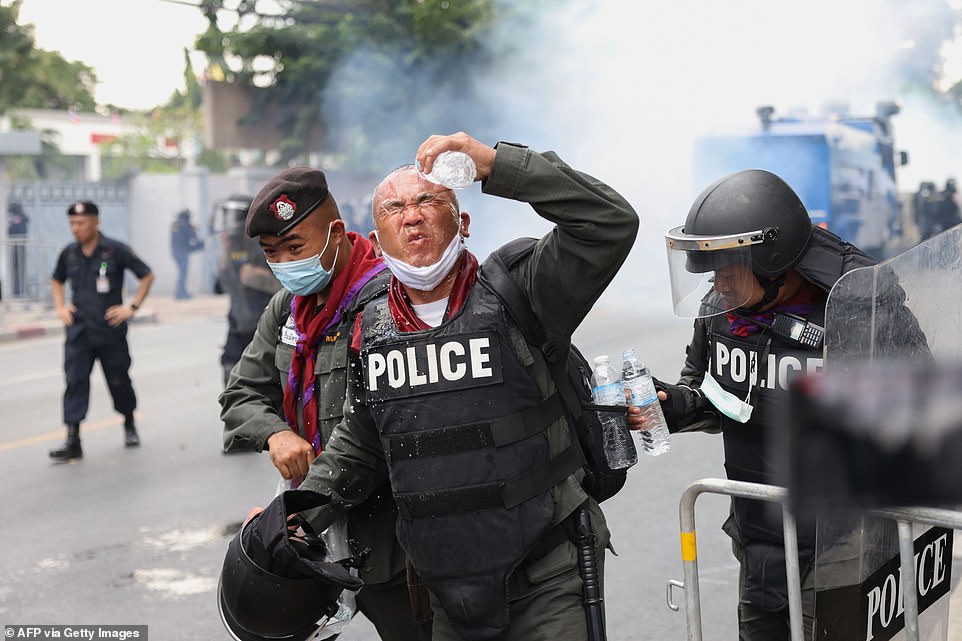 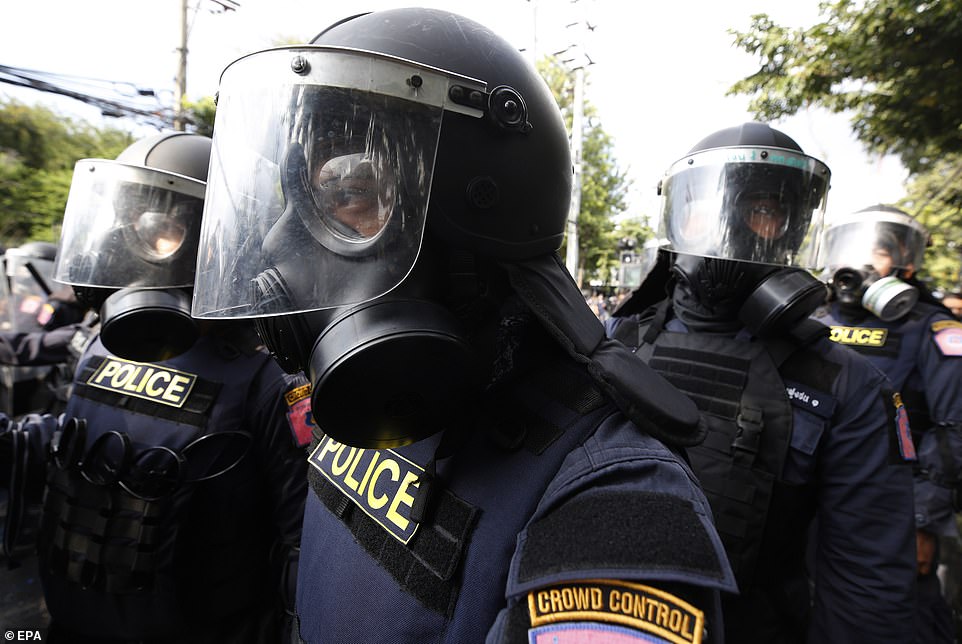 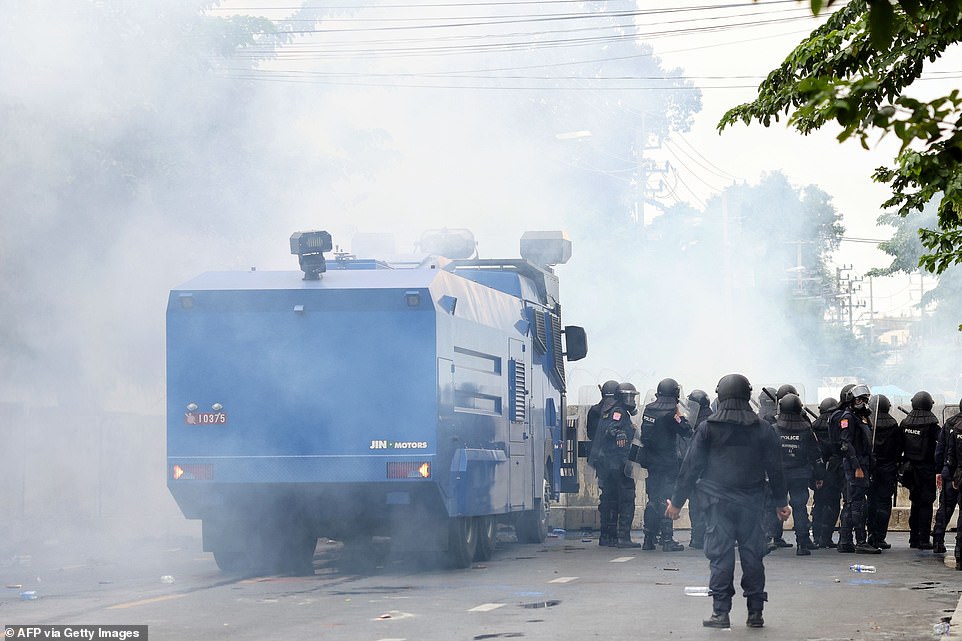 Protests since July initially targeted Prayuth and constitutional change, but have since called for the monarch’s role to be more clearly accountable under the constitution and for the reversal of changes that gave the current king personal control of the royal fortune and some army units.

“Amending the constitution is going to lead to the abolition of the monarchy,” royalist leader Warong Dechgitvigrom told reporters at the demonstration.

Protesters have said they do not intend to abolish the monarchy. (Additional reporting by Chayut Setboonsarng; Writing by Matthew Tostevin; Editing by Simon Cameron-Moore and Angus MacSwan)