ACROSS England and Wales there are just 36 postcode areas that have recorded no Covid-19 deaths since the start of the pandemic.

The interactive map below reveals the number of people who have died from the virus in your local area as well as the areas with the most fatalities. 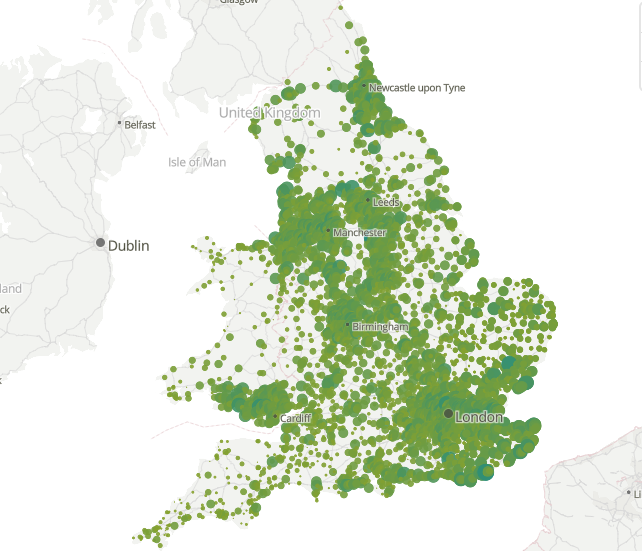 It uses the latest official data where Covid-19 was listed as the cause of death in England and Wales since the outbreak of the pandemic.

The figures from the Office for National Statistics (ONS) reveal the ten places that have seen the most deaths from the virus since March.

The ONS data uses what are known as middle super output areas (MSOAs) – which they say are similar to postcodes though some have been combined.

The area to suffer the most deaths since the pandemic began was Crabtree and Fir Vale in Sheffield with 72 fatalities, figures show.

This was followed by West St Leonards in Hastings, where there have been 62 Covid-related deaths.

It's thought in both these areas the high death rate is linked to care homes, after the virus ripped through the most vulnerable during the first wave.

The 10 postcode areas with the most Covid-19 deaths

The ten areas below in England and Wales have recorded the highest number of Covid-19 fatalities in the country.

The third worst-hit area was Hadleigh in Suffolk where 57 people have died.

There are also five care homes in the small market town as well as a high school where there was an outbreak in November.

Other areas that have seen high mortality levels include Ilkley & Ben Rhydding in Bradford and Chalkwell in Southend-on-Sea.

Some areas in the South West of England have recorded no Covid-linked deaths so far.

These include nine places in Devon, five in Cornwall and three in Bristol. 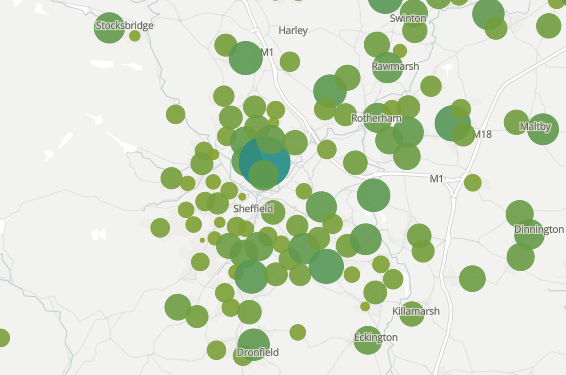 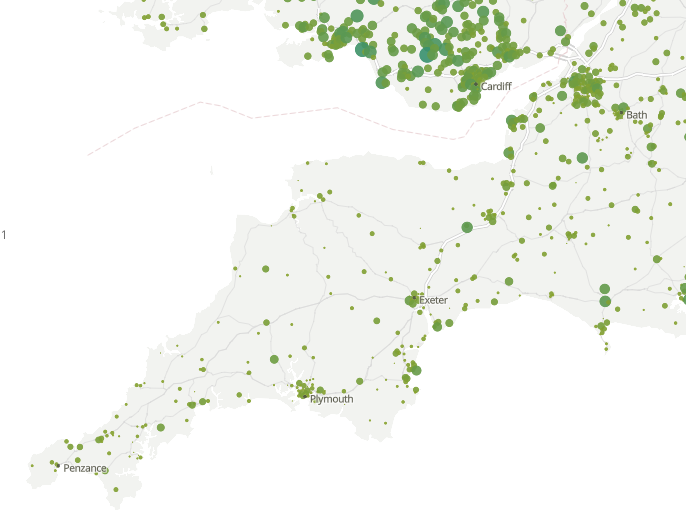 Other areas where no deaths have been recorded include Fitzjohns & Royal Free in Camden, London and Bicester North in Cherwell.

Last month was also the second deadliest month on record with 68,796 fatalities from all causes in England.

The deadliest month was still April 2020 when the country was at the peak of the first Covid wave and 88,153 people in England died.

Coronavirus was the leading cause of death in January for the third month in a row.

It accounted for 37.4 per cent of all deaths registered – more than four time the number for the second-leading cause of deaths – dementia in England and heart disease in Wales.

Dementia and Alzheimer's disease was the most common pre-existing condition among Covid-19 deaths in England and Wales last year, identified in 25.3 per cent of deaths due to the virus.

The figures also show how the virus has had a disproportionate impact on people living in cities and deprived areas compared to rural communities. 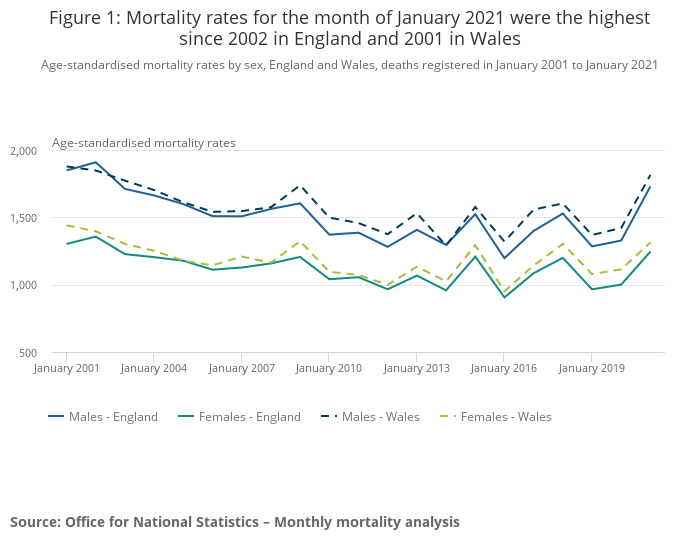 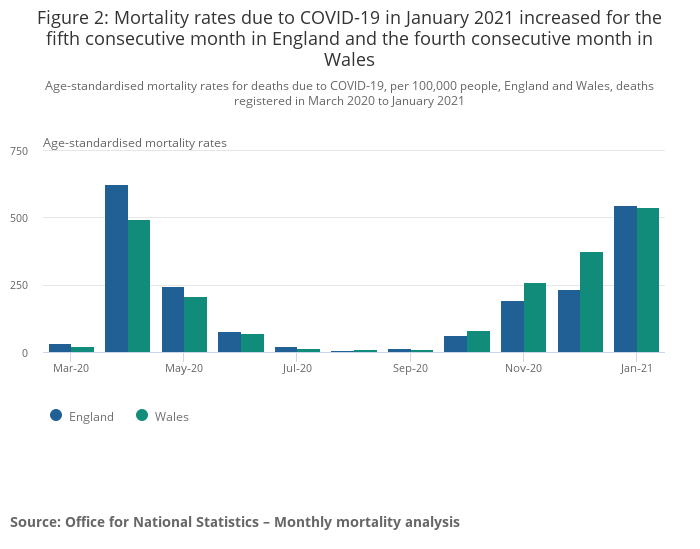 A previous ONS report has found that people in the most deprived areas of England and Wales are around twice as likely to die after contracting Covid.

Experts believe that a range of factors, including overcrowding, income, employment, disability and health status, could be to blame.

These regions were both badly hit by outbreaks of the Kent variant at the end of last year, prompting ministers to shelve Christmas bubbles.

In England, the mortality rate for deaths due to Covid-19 in January in the most deprived areas was 710.4 deaths per 100,000 people. 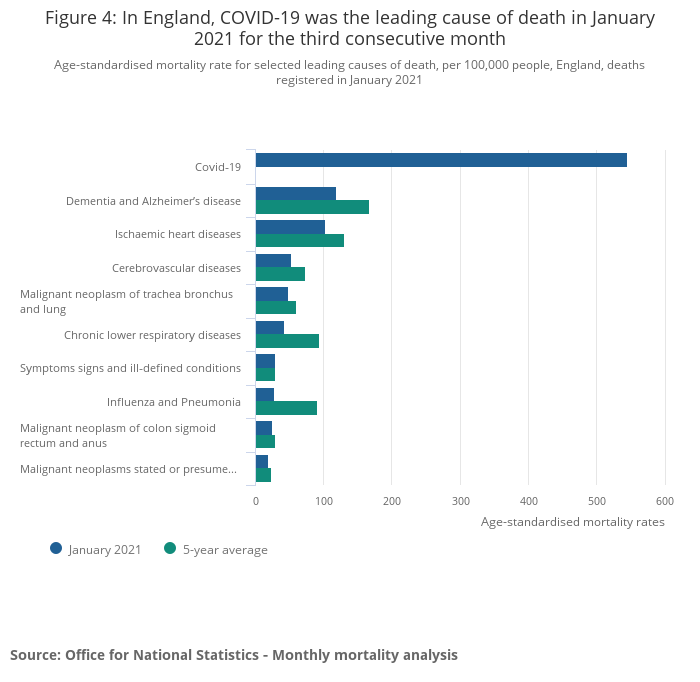 It comes as Government figures today showed a further 323 died from Covid-19.

The figure is down by a quarter compared to the rise in deaths the same time last week.

Another 9,985 infections were confirmed, meaning 4,154,562 have now tested positive for the bug in Britain since the start of the pandemic.

The number of deaths confirmed yesterday afternoon is down by 28 per cent on last Thursday's rise (454).

And it is less than half the size of the figure recorded the Thursday before that (678), showing signs the spread is slowing.

The 36 areas that have seen NO Covid deaths

They remain almost identical to the number of new infections logged on Wednesday (9,938).

The latest figures mean a total of 122,070 have now died with Covid in the UK since the start of the outbreak.

It comes as the UK's Covid alert level was downgraded – in a hopeful indicator that pressure on the NHS is lifting.

All four chief medical officers made the promising decision to pull the country down from its highest ever alert level – five – to four.

In a Department of Health statement from all four chiefs, they said health services across the four nations remain "under significant pressure" and although patient numbers are high, they are "consistently declining". 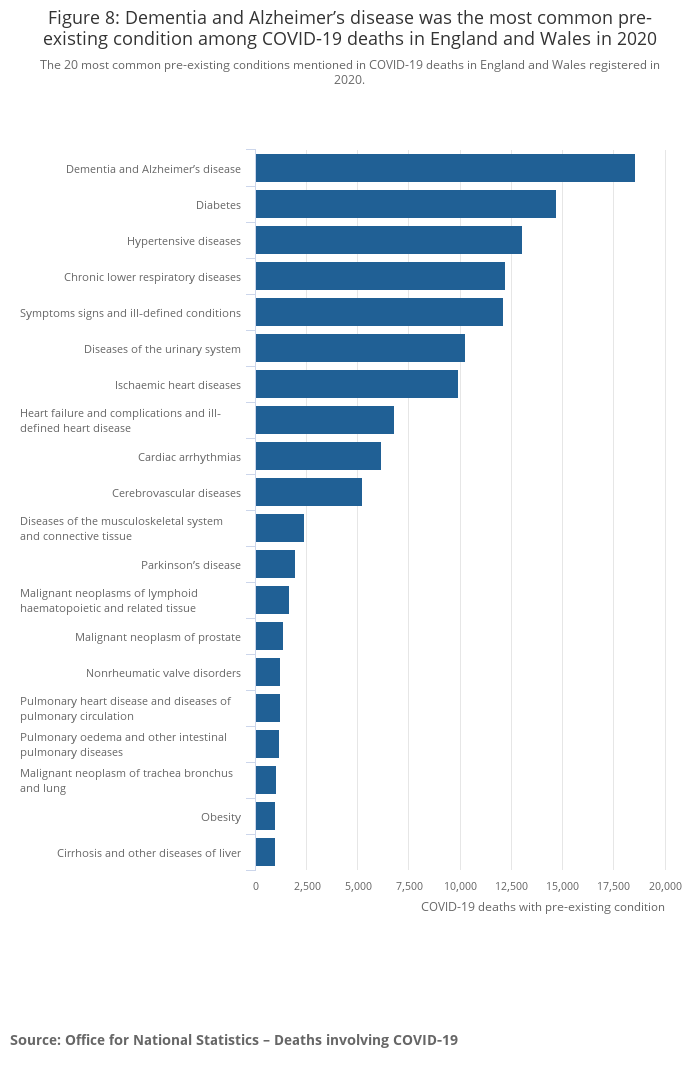 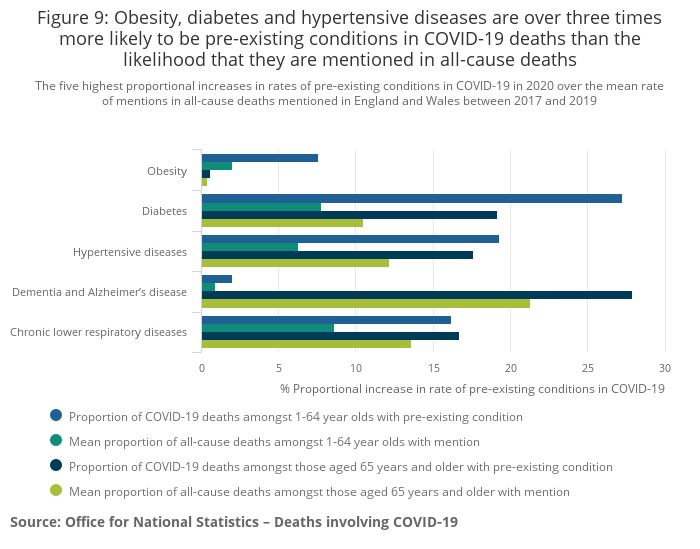 They added: “We should be under no illusions –  transmission rates, hospital pressures and deaths are still very high.

"In time, the vaccines will have a major impact and we encourage everyone to get vaccinated when they receive the offer.

"However for the time being it is really important that we all – vaccinated or not – remain vigilant and continue to follow the guidelines.

“We know how difficult the situation has been and remains to be for healthcare workers, we thank them for their immense effort, skill and professionalism throughout the pandemic.”