The 8 signs of bleeding condition linked to AstraZeneca Covid jab

THE ASTRAZENECA Covid vaccine has been linked with a bleeding condition that can cause excessive bruising and a red spotty skin.

Known as immune thrombocytopenic purpura (ITP), the condition appears extremely rare in people who get the potentially life-saving jab. 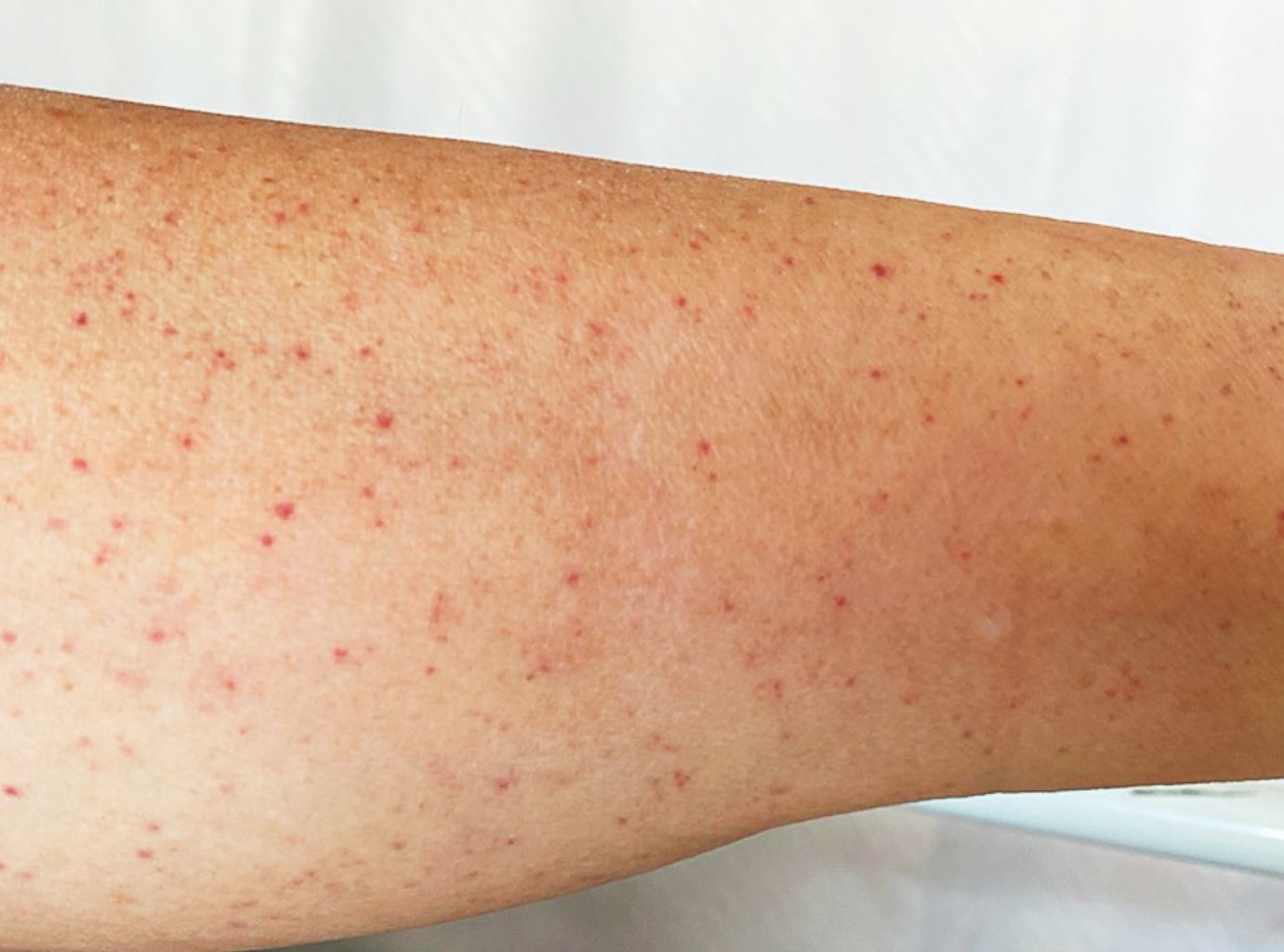 Research published yesterday in the journal Nature Medicine said there was a slightly increased risk of ITP up to 27 days after vaccination.

This is a similar number seen after other jabs, including Hepatitis B, MMR and flu.

Older people tended to be most at risk, with an average age of 69 years old, and those with at least one underlying chronic health problem such as coronary heart disease, diabetes or chronic kidney disease.

Lead author Professor Colin Simpson from the Victoria University of Wellington said: "Reassuringly, we did not identify any overall increased risk of ITP, clotting and bleeding events in those receiving the Pfizer-BioNTech mRNA vaccine.”

The researchers led by University of Edinburgh said people should be aware of the condition if they get the AZ jab.

But they stressed the risk of developing a serious side effect from the jab is far lower than the risk of serious illness or death caused by coronavirus.

The AstraZeneca vaccine is restricted to those aged over 40 years old given that it has already been linked with rare blood clotting, mostly in young people.

Health officials say it is crucial people still get their second doses despite fears of blood clots.

Platelets prevent bleeding, therefore someone with ITP will have excessive bleeding under the skin and elsewhere.

But sometimes there are no signs.

When they do occur, they may include:

What is immune thrombocytopenia (ITP)?

ITP is caused by a drop in platelets in the blood.

Platelets are cells in the blood that help stop bleeding. When you cut your finger, platelets help with blocking the wound with red blood cells to stop it bleeding.

When there are few platelets, it can cause a number of symptoms.

The condition happens when the immune system reacts against its own platelets.

Most often antibodies turn against platelets. Antibodies are a vital part of the immune system and are produced in response to infection or a vaccine.

The immune failure can be the result of many viral infections, like chicken pox, pregnancy, immune disorders like lupus and medicines.

“Bleeding symptoms are usually mild and death from ITP is very rare.”

He said “ITP is generally manageable”. 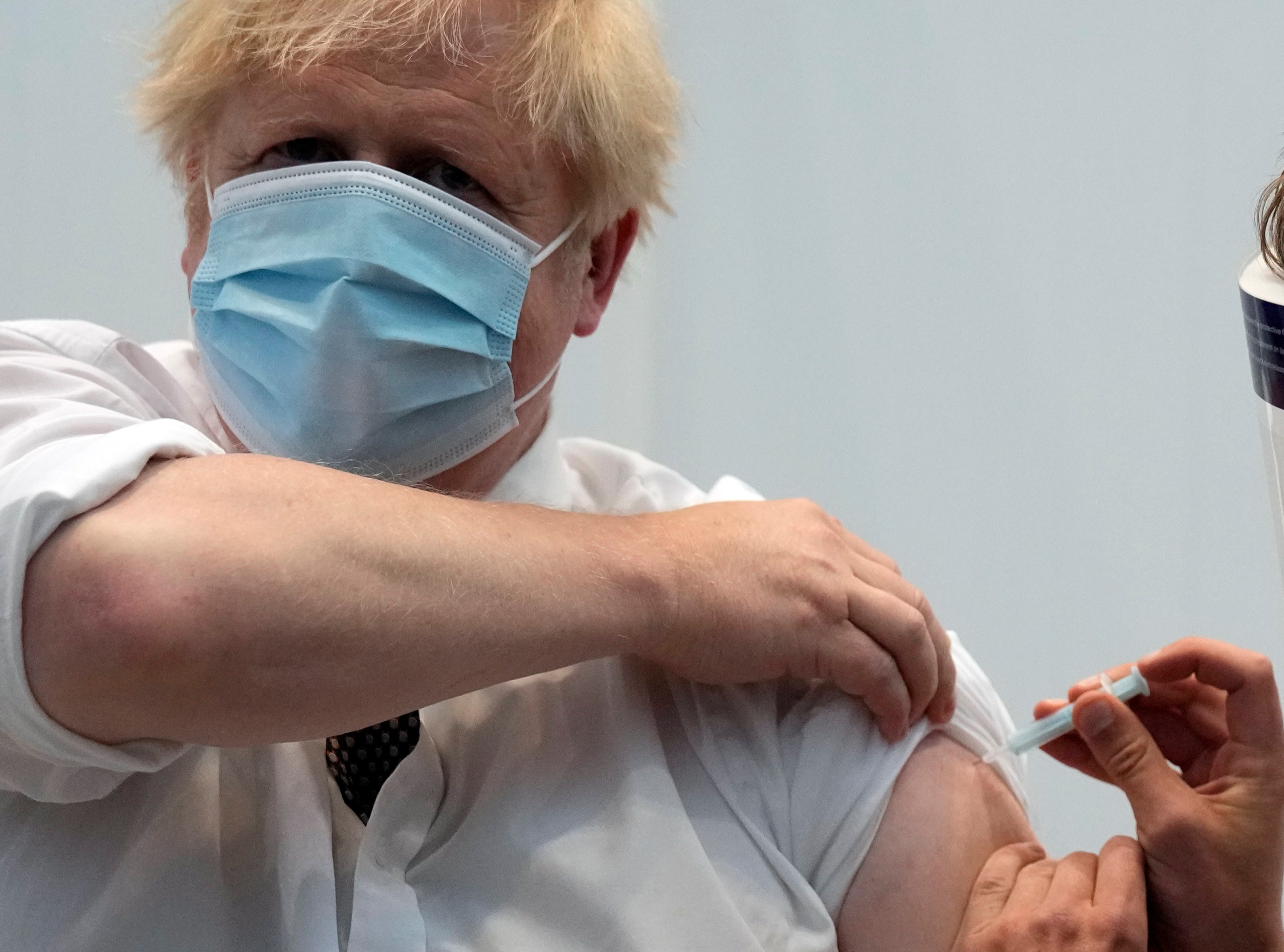 Blood clots after the AZ jab – know the signs

A rare type of blood clotting is also linked with the AstraZeneca vaccine, with evidence of the connection now "stronger", according to the UK's medicine regulator the MHRA.

Blood clots occur with low platelets which experts have described as "unusual".

The overall incidence after first or unknown doses was 13.6 per million doses, given the cases were among some 37.7 million doses.

The MHRA says you should seek medical advice if you have had any of these symptoms four days or more after vaccination with the AstraZeneca vaccine:

The outcome of people who have had ITP after the AZ jab is not clear.

Generally speaking, ITP is resolved in less than six months, according to John Hopkins Medicine.

But if it is chronic, it can last longer, potentially a lifetime. It is an unpredictable condition which doctors need to monitor.

The condition is immediately treated with drugs that bring the platelet count back up, including steroids and immune globulin.

Steroids usually only need to be used for a short time. But sometimes they don’t work and alternatives are tried.

If the condition is severe, it might need surgery to remove the spleen, which is a quick way of boosting platelet count.

A rare complication of immune thrombocytopenia is bleeding into the brain, which can be deadly. This needs emergency care.

Dr Lester said “patients with ITP have a slightly higher background risk of blood clots” but it is not clear why.

Adrian Newland, professor of haematology, Queen Mary University of London, said: “The good news is that treatment is not always required and if it is, the count usually responds quickly and is not associated with long-term disease.”

What did experts say?

Experts said the study was well carried out. But the risk figure (one in 100,000)  needs more refining as research continues.

Stephen Evans, professor of pharmacoepidemiology, London School of Hygiene & Tropical Medicine, said it was “possible” the rate of the side effect is over estimated.

He said: “The overall message is that, even if the Ox/AZ vaccine does have an increased risk of ITP its benefit outweighs its risk.

“This bleeding disorder occurs very frequently in Covid-19 itself, perhaps as much as 340 per 100,000 people getting the disease.

“It is also known, as pointed out in the article, that it has been reported with other vaccines, again generally very rarely.”