IT could be a comic book plot – a world led to oblivion by an “imbecile” spaceman who somehow became President.

The clock is ticking as nuclear-backed forces of evil run amok on planet Earth. 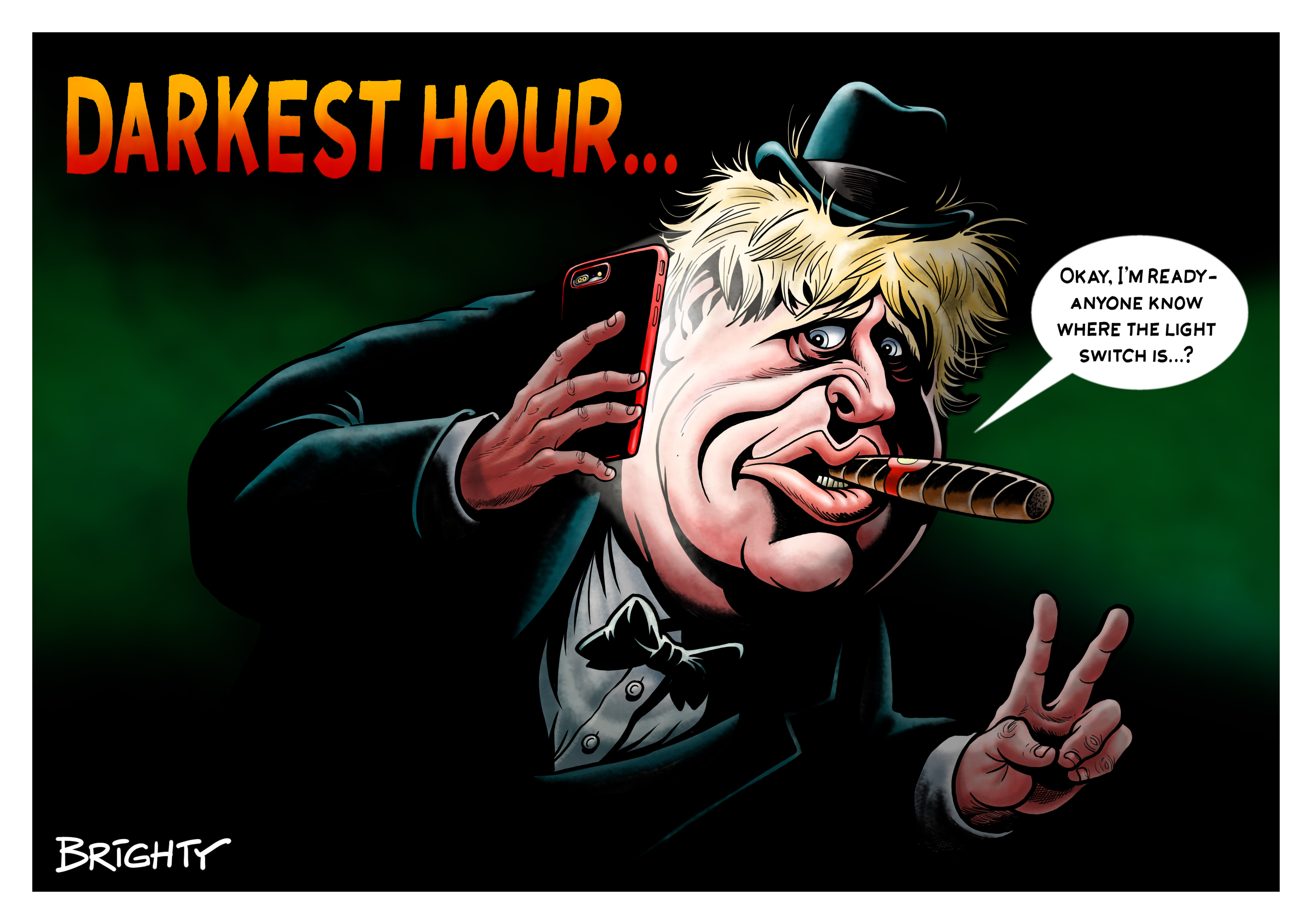 Suddenly, Boris Johnson dashes into a phone box, rips off his suit and emerges waving a Homburg hat, a fat cigar and a V-sign to cheering Western democracies.

This is our PM’s date with destiny, a do-or-die moment to unite the good guys against an unholy alliance.

Will he turn this crisis into an opportunity and save the world from the “abyss of a new Dark Age”?

Boris’s trump card is his presidency of the G7, a group of the world’s richest nations ­— Britain, America, Germany, France, Canada, Italy and Japan.

It offers him a platform on the world stage for a spine-tingling address to the demoralised, US-led, Nato military alliance.

He needs to deliver a heroic rallying speech demanding “Action This Day”.
Is Boris up to it? He’d better be, for his own sake.

The world changed for ever last week with America’s — and Britain’s — shocking failure of intelligence in Afghanistan.

The US has been stripped of its authority, with President “Sleepy Joe” Biden mocked as “senile” even by his own Democrat cheerleaders. 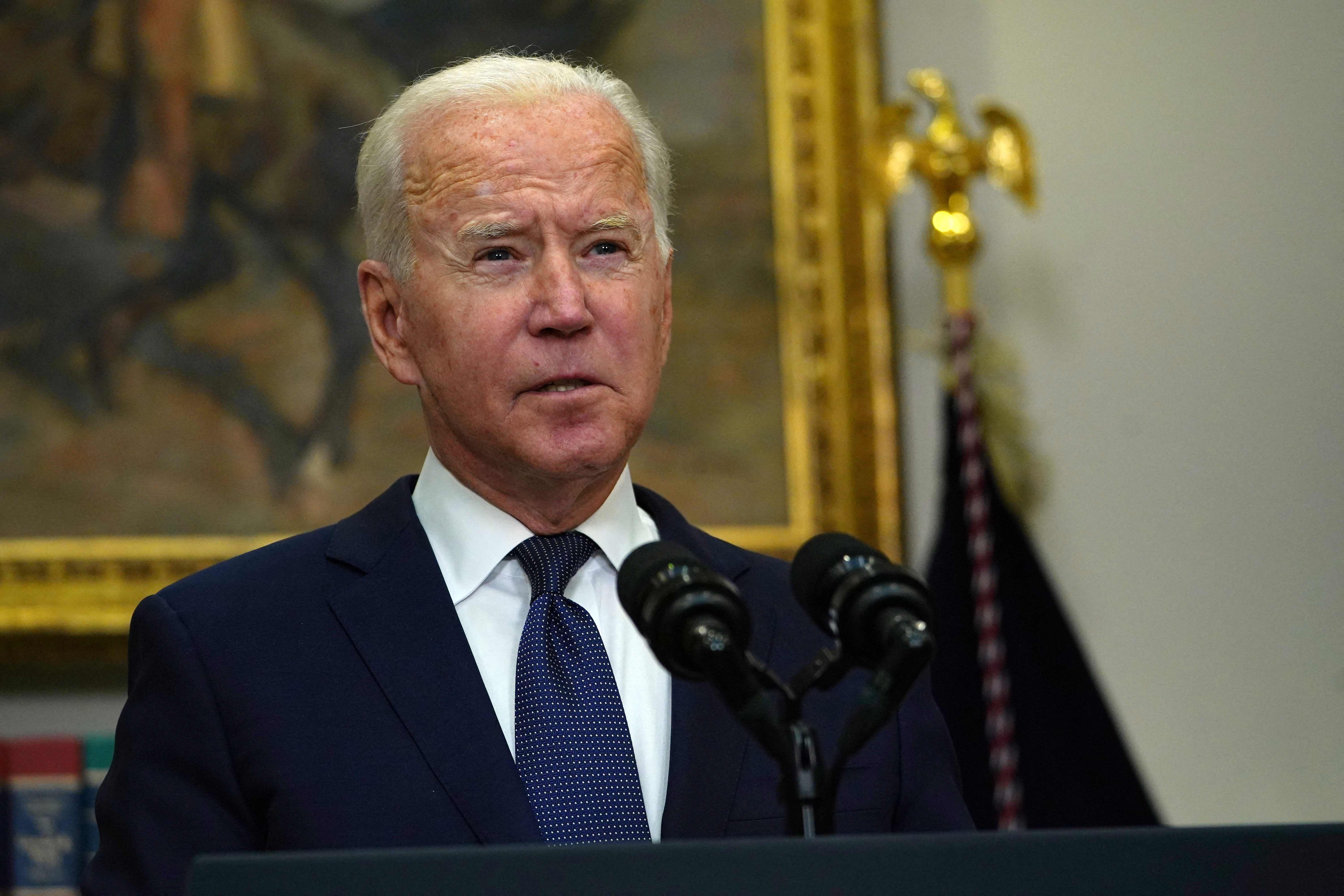 Europe, shackled by woke extremists, is exposed to jubilant jihadists bent on destroying the values and freedoms we hold dear.

Russia is mischief-making, as usual, and communist China is itching to retake Taiwan, the mega-rich symbol of freedom on its own doorstep. And then the whole world.

Britain’s voice is crucial in challenging Biden’s retreat into self-isolation before it becomes entrenched.

The White House has to be reminded, as Winston Churchill did in World War Two, that it cannot protect itself by leaving its allies in the lurch.

Boris must rally India and Japan to help fill the breach left by the Biden/Trump policy of “America First”.

The West needs to choose where its true interests lie.

It won’t be easy, but Britain should rebuild bridges with Emmanuel Macron’s France, and even adversaries such as Russia’s Vladimir Putin.

If now is not the time for flabby Nato countries such as Germany and Italy to step up their military spending, when is?

A new reality spells danger for Boris at home as well as abroad.

Until Kabul fell, he seemed unassailable as Prime Minister. Nobody in Cabinet was an imminent rival, including Chancellor Rishi Sunak.

That still remains the case, even now.

The real threat comes from within his own party, especially those who have never forgiven him for Brexit.

Until now, their status as Remainers barred them as potential Tory leaders.

All that changed the instant the Taliban took over in Kabul.

His emotional attack on Biden’s “shameless” retreat raised his stock and made his ambition to take Boris’s job visible for all to see.

Afghanistan is now front and centre of public attention. It is the lead story on every TV and radio bulletin and newspaper front page.

It has changed the terms of the national debate. Forget Covid. Forget Brexit. Boris-haters are using the Taliban as their new weapon of choice.

It is the sort of challenge that brought out the best in Churchill in his first months as Britain’s wartime leader.

The Taliban victory has the same makings for global conflict as the 1914 assassination of Archduke Ferdinand and Hitler’s 1939 invasion of Poland.

Churchill, tempered by a lifetime on the battlefield in two world wars, would have been prepared.

Can Boris tear off his shirt and reveal his inner Winston today?