A COMMON daily habit for new parents could raise your baby's risk of developing allergies by a fifth, research warns.

A trial of over 1,300 youngsters found those who were moisturised at three months old were more likely to suffer with allergy sensitivity in the future. 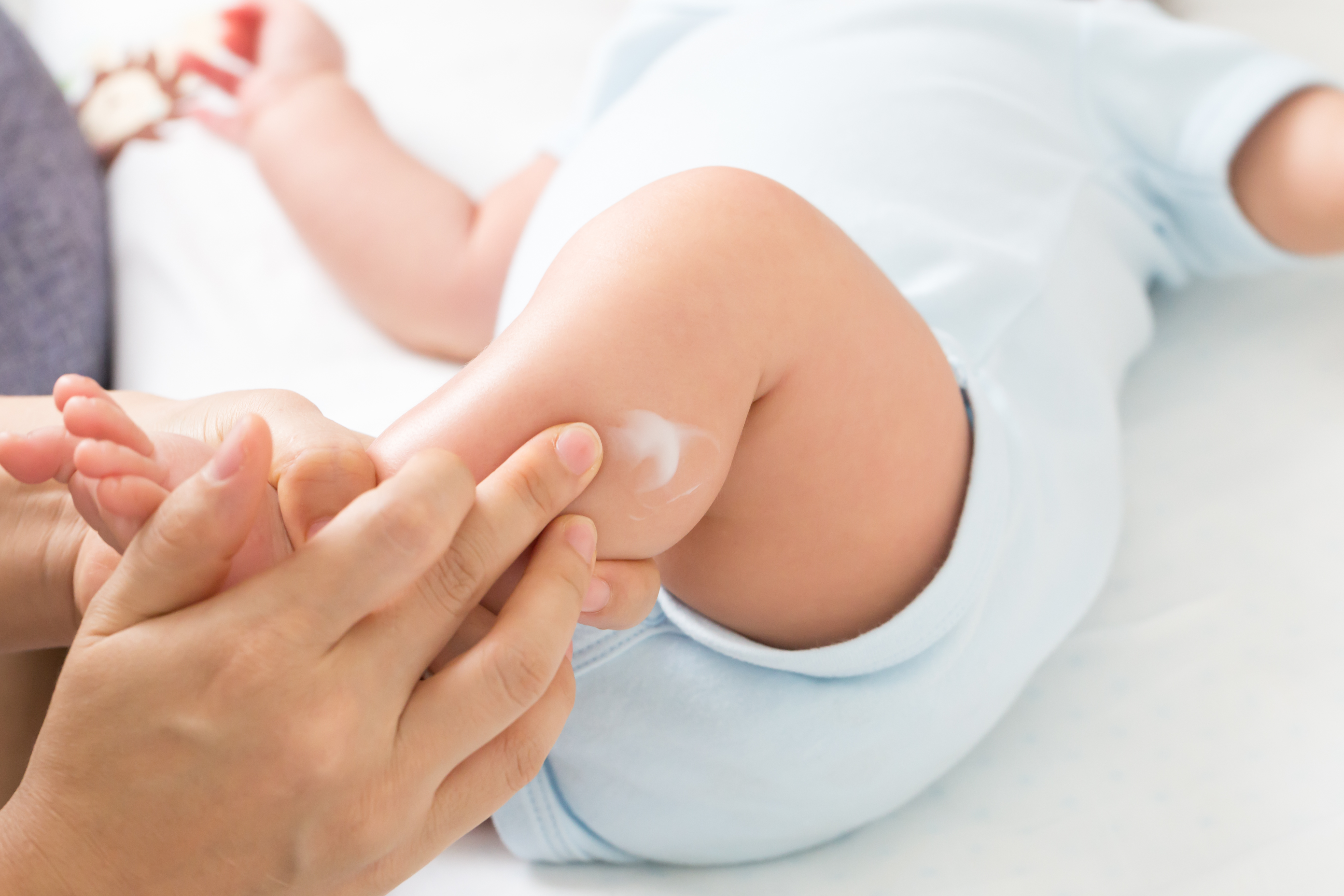 Parents who took part reported how often they used products on their baby, and what they used – with olive oil coming out on top.

It is thought moisturising could lead to a food allergy being developed due to exposure through the skin.

Experts think it could have a damaging effect on the skin barrier, which then allows allergens to come into contact with the immune system more easily.

But they have told worried parents they shouldn't stop moisturising their kids – but should wash their hands before slathering their babies in product.

Food allergies start when the immune system mistakes something in food as harmful.

Around seven per cent of babies and young children develop a food allergy in the UK, but some can outgrow them.

About one in 40 suffer with a peanut allergy and one in 20 develop an egg allergy.

Dr Michael Perkin, paediatric allergist and first author on the paper from St George’s, University of London, said: “This study does not say that parents should stop moisturising their children.

"The results have raised concerns that there may be something in the act of moisturising that could raise the risk of food allergy development, but we need further work to establish why this might be the case.

“In the meantime, we recommend that parents wash their hands before moisturising their babies as a precautionary measure.

“Of course, if children have skin conditions, such as eczema, treatment guidance from their GP, allergist or dermatologist should still be followed.”

Professor Carsten Flohr, dermatologist from St John’s Institute of Dermatology at King’s College London and Guy’s & St Thomas NHS Foundation Trust and senior author of the paper said: “Further research is now required to understand the exact mechanisms behind why more regularly moisturised infants appear to be at a higher risk of developing food allergies and strategies to prevent this from happening then also need to be developed.”

The new study was published in the Journal of Allergy and Clinical Immunology today.

Scientists behind it found that moisturising babies at three months was also linked to kids who had eczema.

Previous research in a trial of 1,394 children found moisturising infants is not effective in preventing the development of eczema.

The results showed an increase in food allergy in the moisturised group compared with the control group.