Santos: “After a while you get used to it,” says Tadeu Afonso of living in an 18-storey apartment block that is tilting to one side by more than a metre.

Afonso lives on the ninth floor, half-way up the tower in Santos, an island-city of nearly 500,000 on the coast of Sao Paulo, Brazil. 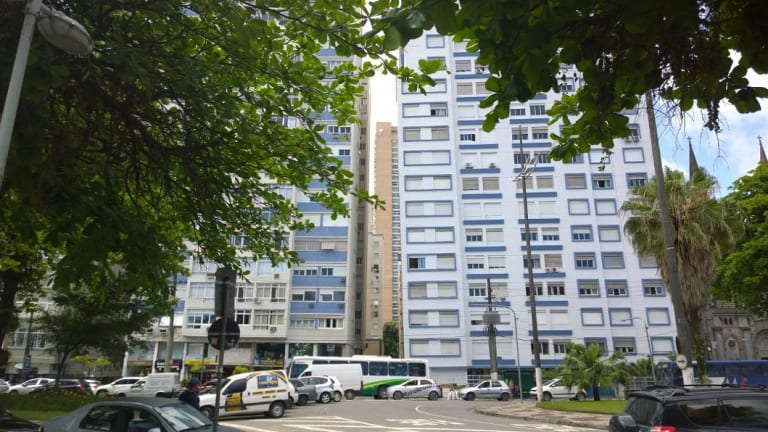 All buildings on the Santos beachfront are crooked.Credit:Lia Timson

His floors are on an angle; his furniture has had to be adjusted. The block faces the sea, I wonder if the apartment is out of level with the horizon.

“Yes, if you put a ball on the ground it will roll, but that’s all,” he says, amused his home is something of a tourist attraction. Around here, Santos is as well known for its slanted buildings as for its most famous son, football great Pele.

Afonso’s building is the Excelsior, at 22, Bartolomeu de Gusmao Ave. It is among more than 650 that have been slowly sinking into the beachfront’s sandy soil ever since they were built in the 1950s and 60s. 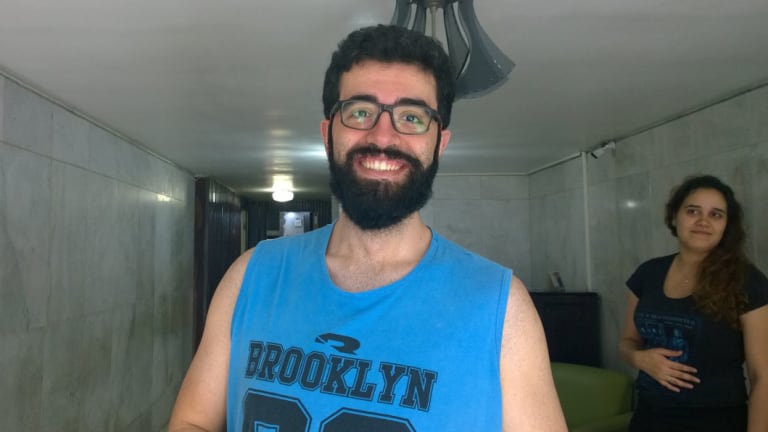 It is as if thousands of families lived in multiple towers of Pisa, but on Australia's Gold Coast, such is the scale of high-rises on the foreshore.

A study by the Santos city council and local Universidade Santa Cecilia measured all 651 beachfront buildings over eight years from 2004. It found all tilted somewhat and many were in “critical condition”, which civil engineer and Professor Orlando Damin says does not mean they are going to fall any time soon.

“These buildings exceed the variation parameters of 0.5 per cent of their height in tilting – some are between 0.5 and 1.8 metres out of level,” he says.

“Basically all the buildings lean a little. Some only 5cm which could be a construction fault, others tilt 15cm without affecting their safety. The Excelsior has a tilt of 1.8m.” 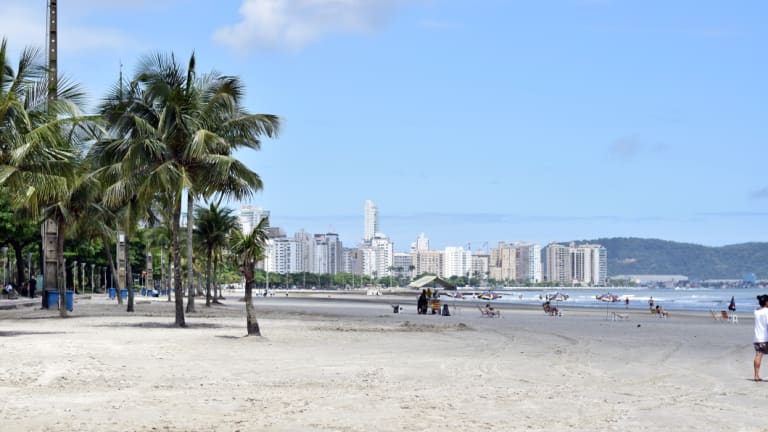 The Brazilian resort island-city of Santos is built on a layer of sand over a layer of clay.Credit:Lia Timson

Damin, who is also structural engineering inspector at Santos council, says a sample of 65 buildings is assessed yearly. With one or two exceptions – their strata schemes have been fighting the need and cost of the reports – all have been given a green light for occupancy for at least 10 years, provided regular maintenance works are carried out.

The towers were built using concrete pads, also known as shallow foundations, rather than piles or piers down to rock. The pads sit directly on a 7-metre deep bed of sand which sits on a bed of clay. The clay in turn is naturally layered by water. Slowly the weight of the towers has pushed on the pads which has squeezed the water out of the clay, deepening some corners of the buildings. The buildings don’t tilt uniformly, sometimes only one side does. They all continue to lean little by little every year.

Amazingly, they are still inhabitable, although Damin says many windows no longer work, some have lost glass panels over the years and many have plumbing problems. 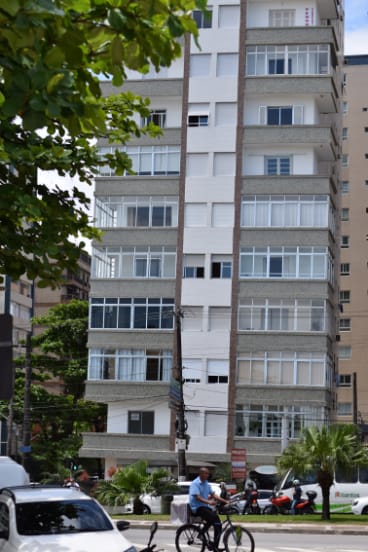 “Back in those days, deep foundations were about 15 to 20 per cent of the cost of construction. The pad system cost only about 8 per cent. So they chose this construction method on cost,” he says.

“In summary, it was greed. Greed by the construction companies and of the buyers who wanted to have the beachfront lifestyle at a lower price."

Many today are retired and cannot afford the cost of remediation, not even sometimes the inspections.

Two buildings have gone through expensive remediation works which involved hydraulics to straighten and reinforce them. The worst of those towers leaned two metres before correction. It is now fully upright.

While many residents have got used to their wonky way of life, Damin says many have faced increased losses in property value, with many trying but unable to sell. Some suffer loss of balance and labyrinthitis when on the ground too if they spend too much time inside.

“It’s just crazy. I did an inspection last week of an apartment in its original condition, never modified. You walk along and suddenly you feel a descent. It’s small but you feel it. The wardrobe doors don’t open anymore,” he says. 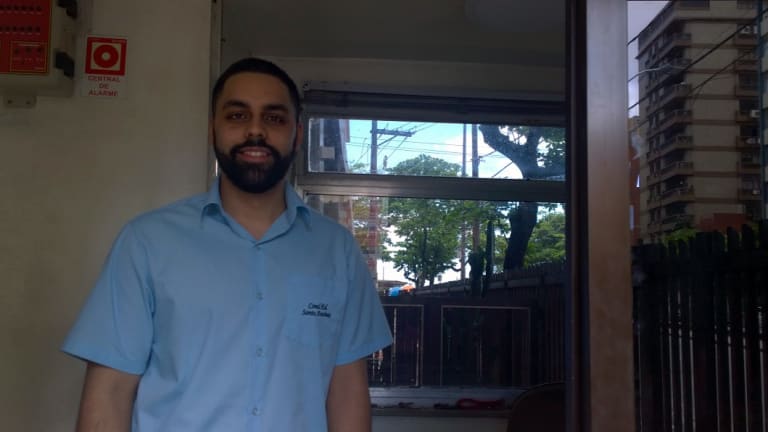 Jose Claudio Dias Jnr grew up in a crooked building where he now works. He is also studying civil engineering.Credit:Lia Timson

Jose Claudio Dias Jnr lives at 24, Bartolomeu de Gusmao Ave. The caretaker’s son, he grew up used to the building’s peculiarity. Today he is a civil engineering student – “I saw some future in it” – and a caretaker himself.

“Ours is now the most tilted and the oldest,” he says adding that engineers give the tower a once over every year.

“Some of our families have renovated and levelled their floors. It works, at least you get the impression your home is levelled on the inside.

“Just don’t look at the walls.”