She began life as a humble Yorkshire collier named the Earl of Pembroke, and ended it as the Lord Sandwich 2, a workhorse troop carrier and, for a time, a prison ship, so unloved she was scuttled to blockade an American harbour.

She will, however, be remembered forever as His Majesty’s Bark Endeavour, the ship sailed by Lieutenant James Cook on one of the epic voyages of maritime history.

The memory of the little ship remains so inspiring that a fragment of wood taken during one of her many repairs was carried into space within the cockpit of the last space shuttle built for NASA, which was named Endeavour. 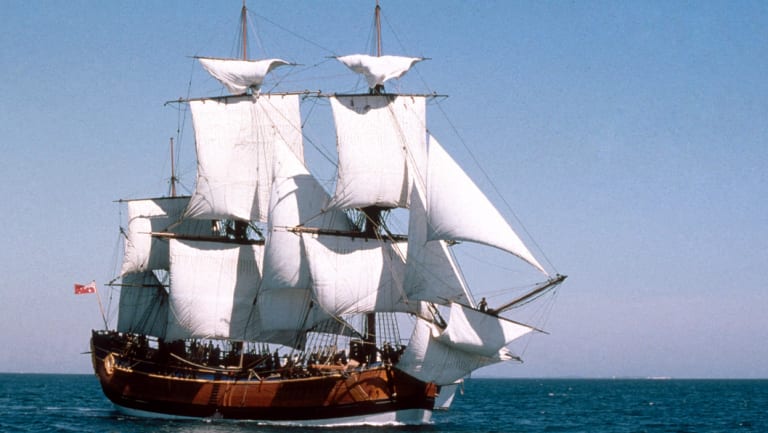 The command module of Apollo 15, the fourth manned mission to land on the moon, was also named Endeavour in honour of Cook’s ship, and carried another fragment of her timbers.

To Australians, however, the Endeavour was the ship sailed by Lieutenant (later Captain) Cook along the east coast of Australia to the northernmost tip of Cape York Peninsula where, on August 22, 1770, he raised the British flag and declared he was taking possession, in the name of Britain’s King George III, of the whole eastern coast of what he called New South Wales.

As the first known European ship to make landfall on the eastern coast of Australia, the Endeavour’s legacy has become at least ambiguous.

Though one of the greatest maritime exploratory voyagers of all time, she also symbolises for many the genesis of colonial oppression.

Generations of Australians would be taught that Cook had “discovered” Australia, and those who followed him behaved as if the land had belonged to no one, despite Aboriginal Australians having been resident for at least 65,000 years.

The Endeavour, however, would sail on, building a legend.

Having been launched in 1764 as a collier (the Earl of Pembroke), she was purchased in 1768 by the Royal Navy. James Cook was given command of the re-named Endeavour for a scientific mission to the Pacific Ocean. Cook was also given secret instructions to explore uncharted seas for what was theorised to be an "unknown southern land" (Terra Australis Incognita).

In August, 1768, Endeavour set out from the English port of Plymouth, rounded Cape Horn after battling giant seas, and headed for Tahiti to observe the 1769 transit of Venus across the Sun.

Cook then set course for the largely unknown southern Pacific, sailing to New Zealand and on to what would become known as Australia.

The Endeavour was holed by coral on the Great Barrier Reef, forcing Cook to toss her cannon overboard and to careen and repair the ship at what is now Cooktown.

After further repairs, Cook took Endeavour into the Indian Ocean, with malaria and dysentery laying waste to the crew. Of the 94 on board, seven died before the ship sailed, and another 23 would die over the following three months.

Regardless, Cook took Endeavour around the Cape of Good Hope and finally brought his ship to harbour in Dover, England, on July 12, 1771, three years after his voyage of discovery had begun.

Cook was treated as a returning hero.

But Endeavour sailed into obscurity, refitted as a mere naval transport and weathering three rough voyages to the Falkland Islands in the freezing South Atlantic.

In 1775, the Navy sold Endeavour to a shipping magnate, J.Mather, who offered Endeavour to the British Government as a transport ship to carry troops to the American War of Independence.

The once-famous ship was rejected. 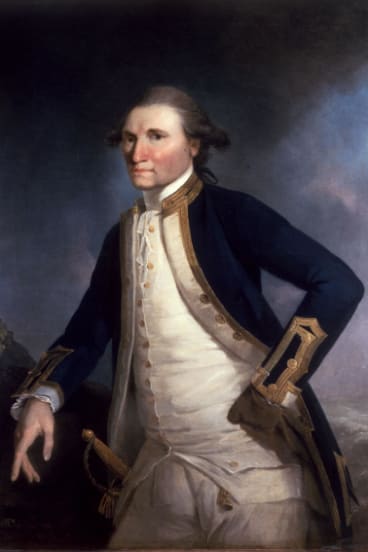 Mather changed her name to Lord Sandwich. Again she was rejected as “unfit for service”.

Finally, Endeavour was accepted under the name Lord Sandwich 2.

Lord Sandwich 2 sailed for America, where Britain and its allies captured New York. But Newport, Rhode Island, was still held by Americans.

Lord Sandwich 2 sailed for Rhode Island, and as the Americans there were put on the back foot, the old ship was used as a prison

By the summer of 1778, however, the French had joined the war as allies of the Americans. Newport was about to be caught in a pincer movement – the American Continental Army from the land, the French from the sea.

The British decided to scuttle a number of their ships at the mouth of the bay, blockading it against the French naval attack.

And so, on August 4, 1778, the Lord Sandwich 2, formerly the most famous British ship of exploration, HM Bark Endeavour, sank beneath the waters of Newport harbour, and was lost to history.