Royal historian Kate Williams has revealed the protocol for naming a royal baby is far different than anyone else’s new arrival.

Meghan Markle and Prince Harry are due to welcome their first born child any day now.

Following ongoing speculation surrounding the child’s gender and location of birth, BBC documentary Born to be King has provided an insight into the naming of the new Royal.

Kate detailed how the potential name of a soon-to-be-born heir to the throne has to be discussed and decided with senior royal officials.

She said: “The Queen will usually have to approve the name, that’s traditionally what happened.”

The royal historian also highlighted how members of the monarch have more names than most other people.

She added: “Most Royals have four possibly five.”

It is believed that with such a selection of names at their disposal, when they take over the throne, they can make a good choice of which name to choose. 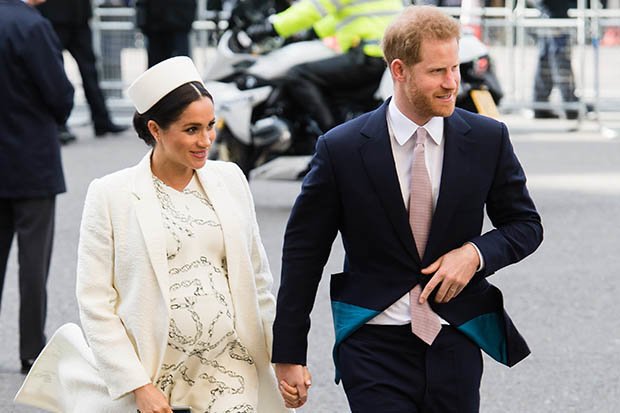 The new royal will be behind their grandfather, Prince Charles, their uncle, Prince William, three cousins, George, Charlotte and Louis, and their father, Prince Harry.

Queen Elizabeth II will celebrate her 93rd birthday this Sunday, and with Meghan Markle’s due date fast-approaching, she could give her the ultimate present.

Speculation has claimed that if Meghan and Harry do have a little girl on the Queen’s birthday, then they may honour her by naming their daughter Elizabeth.

It comes after Meghan’s maternity leave will last only six weeks, a royal source has said.