The 'sting jet' that makes Storm Eunice different from others

The ‘sting jet’ that makes Storm Eunice different from others: ‘Conveyer belt’ of cold air plunges from higher in atmosphere speeds up winds in rare meteorological phenomenon

Forecasters have warned Storm Eunice could be worsened by a rare meteorological phenomenon called a ‘sting jet’ – a small area of very intense winds that can form inside a weather system, as happened during the 1987 Great Storm.

Relative to the size of the storm, a sting jet is narrow, often 30 miles across, and only lasts 3 to 4 hours.

But with gusts of wind sometimes exceeding 100mph, they risk causing significant damage.

Storms outside the tropics are caused by areas of low pressure that form weather fronts, which then separate into areas of cold and warm air.

Both areas clashing with each other is what forms the bad weather. 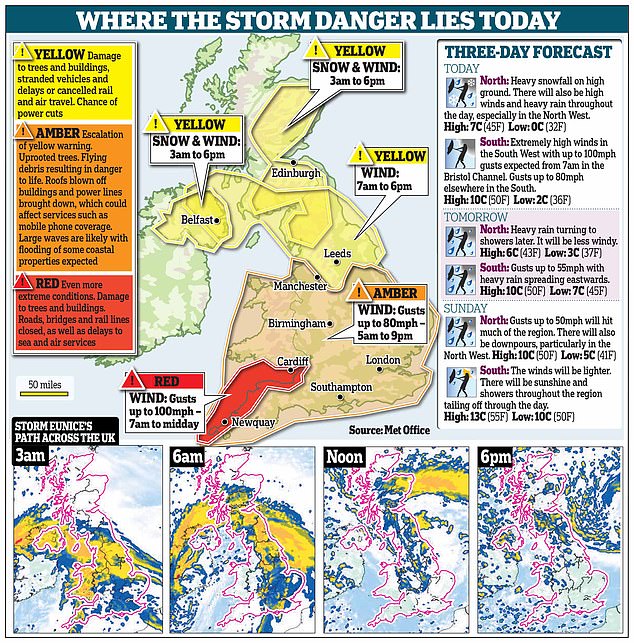 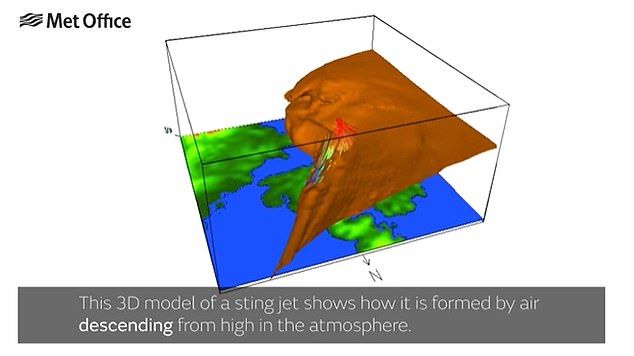 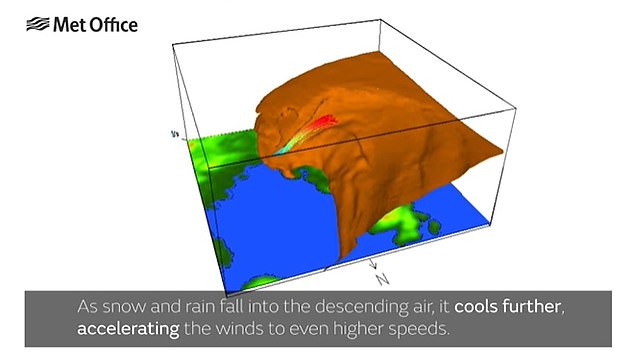 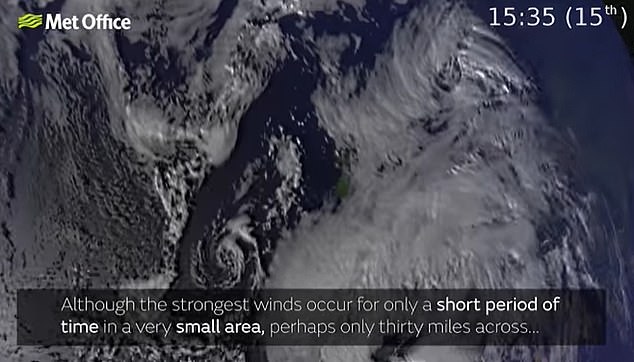 Running parallel to the fronts are more focused streams of warm and cold air, known as conveyor belts.

While the warm one rises, the cold one falls, helping to feed warm air and moisture into the system.

Cold conveyor belts bring snow and rain, which evaporate and speeds up the stream of cold air falling into the storm even more – resulting in even higher winds.

This is what is known as a sting jet, with the sting referring to the ‘sting in the tail’ of the storm.

Sting jets are hard, but not impossible, to forecast – according to the Met Office.

‘There are tell-tale signs in weather models that are now able to spot cores of very strong winds,’ its website explains.

‘It is also possible to spot the sting jet developing on satellite images, as the end of the cold conveyor is marked by a hook-shaped cloud with a point at the end.

‘This often looks like the sting in a scorpion’s tail, hence the name sting jet.’