THE View star Joy Behar ranted Donald Trump's re-election would be the "end" of the United States as she suggested he may have faked having Covid-19.

The comedian, a regular critic of the President, raged during a segment on Thursday's edition of the talk show – warning a Trump win could be a doomsday scenario 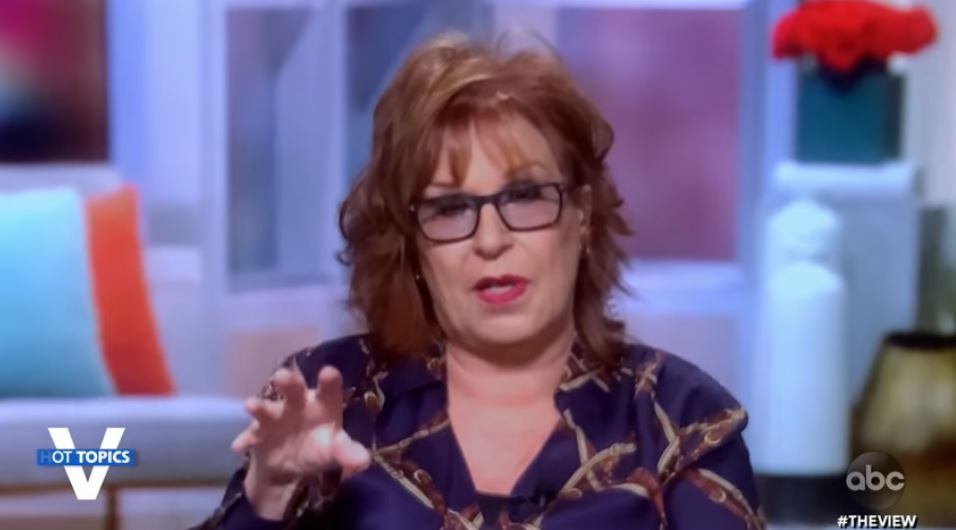 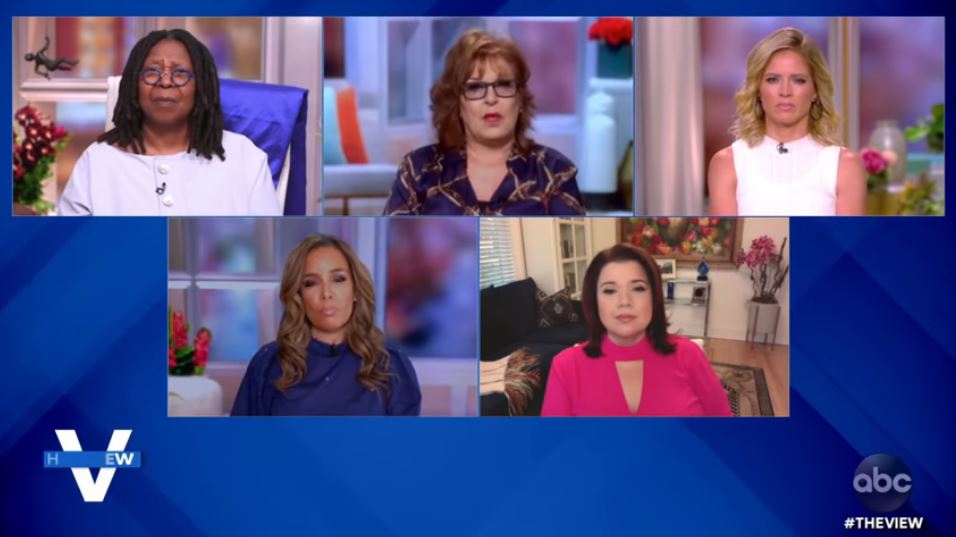 Behar desperately urged people to get out and vote as she warned people not the "get complacent" as she called on them to to vote for Joe Biden.

She also outrageously suggested that the President may have been faking his coronavirus diagnosis, declaring "he is a liar".

Trump was hospitalized after he tested positive along with his wife Melania, his teenage son Barron, and a number of others in his inner circle at The White House.

The View co-host Whoopi Goldberg at one point had to urge Behar not to "flip out" as she railed against Trump.

Liberal comedian Behar said: "I am worried about this election now. It looks like Biden is going to pull it off, but people should not get complacent."

The Democrat currently has a lead in the polls, but Trump sensationally overturned Hillary Clinton's lead on election day back in 2016.

"Especially when they own the Supreme Court and God forbid they take the Senate again, we’re doomed.

"We’re doomed. People better go out there and vote. That’s all I have to say.”

Whoopi had to talk her down, saying "Don’t flip out, don’t let yourself do that". 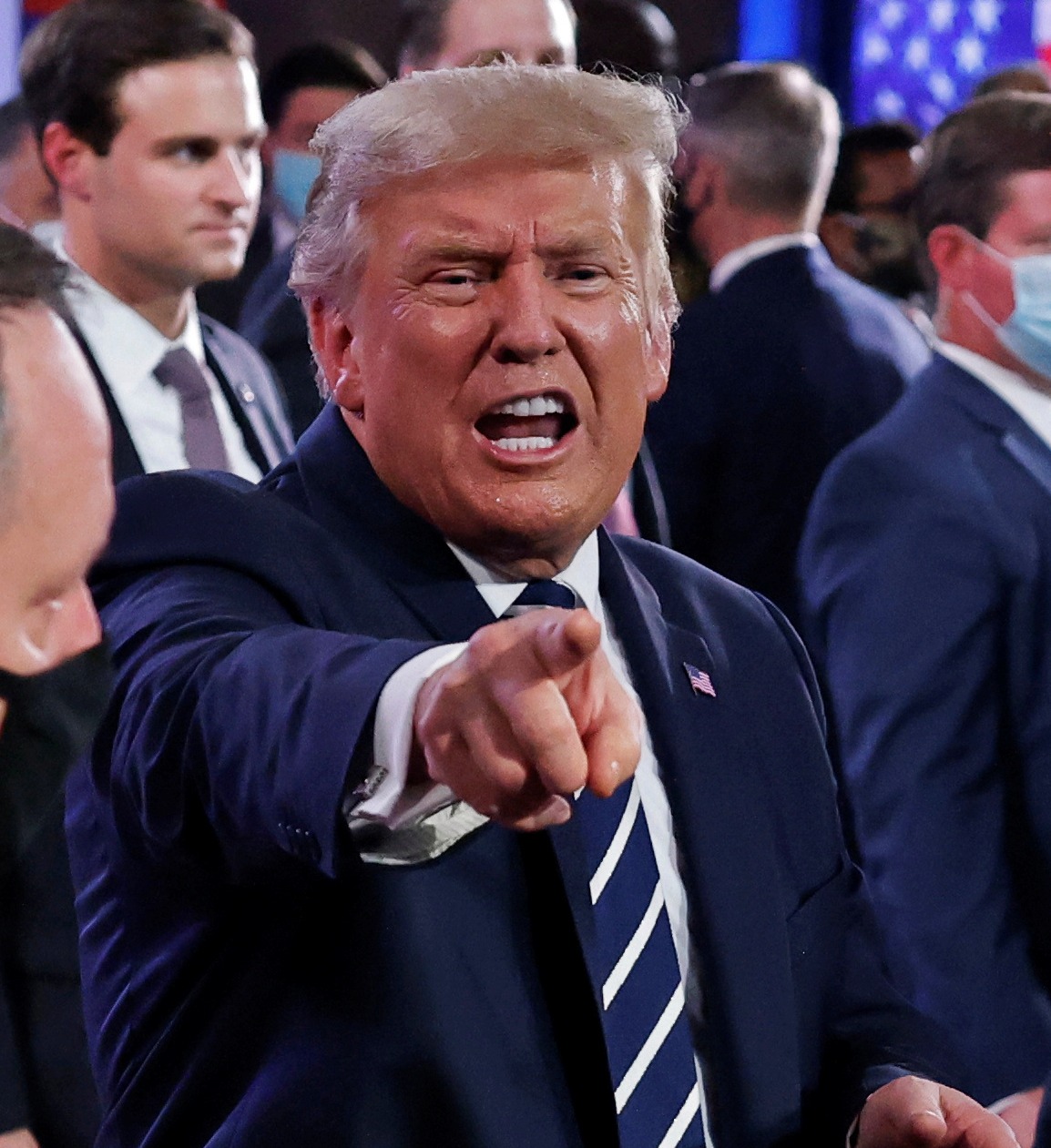 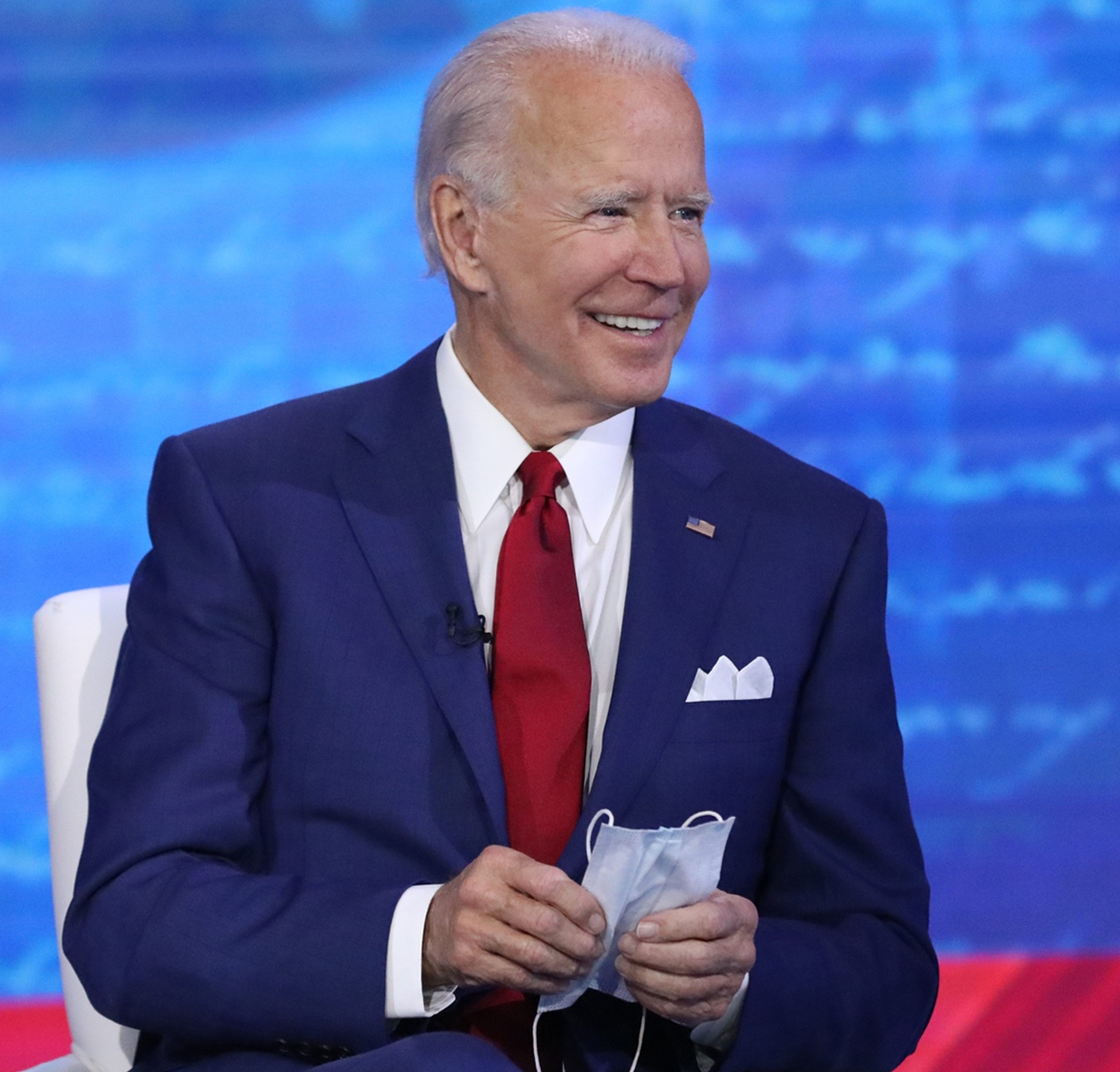 Behar and Goldberg however both agreed that they believe Trump may have faked his diagnosis, with the President saying he feels like "superman" after beating the virus.

"The more he talks, the less I think he had it," Whoopi said, as Behar agreed "me too".

Trump has returned to the campaign trial just days after his coronavirus scare after being treated with a cocktail of experimental drugs.

Goldberg said Trump is the "the only person on the face of the Earth" who has recovered so quickly, adding "“I just feel weird about it".

Behar replied: "I’m kind of agreeing with you. He’s a liar. Why would you believe anything he says?"

Co-host Sunny Hostin added that Trump's quick recovery could have been due to his access to the best medical care and treatments.

Goldberg replied: "Because its hard to trust him, it’s hard to go with it. And I hate feeling like that."

Behar also suggested NBC should put a "laugh track" on Trump's Town Hall as he went head-to-head in the ratings Biden on ABC. 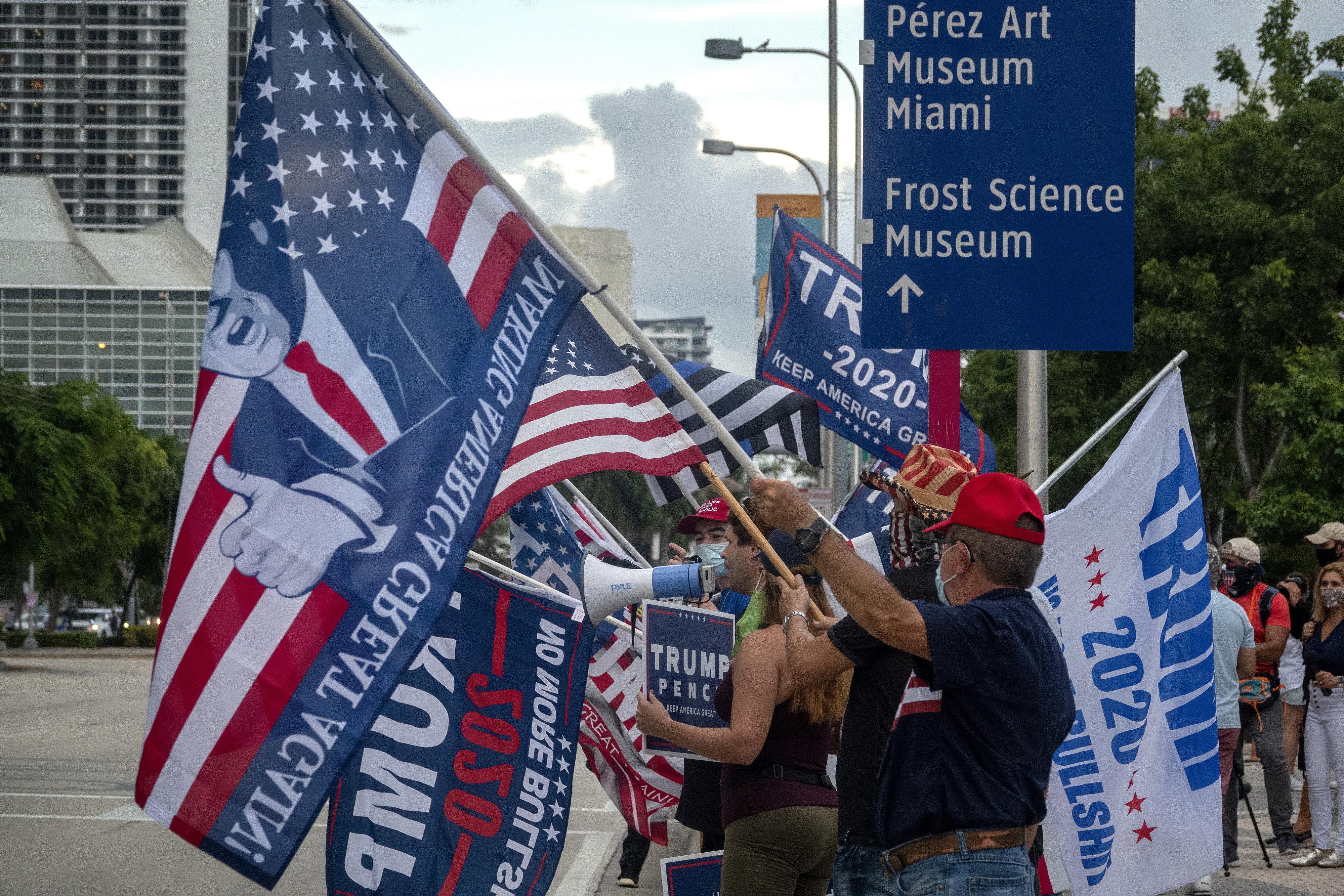 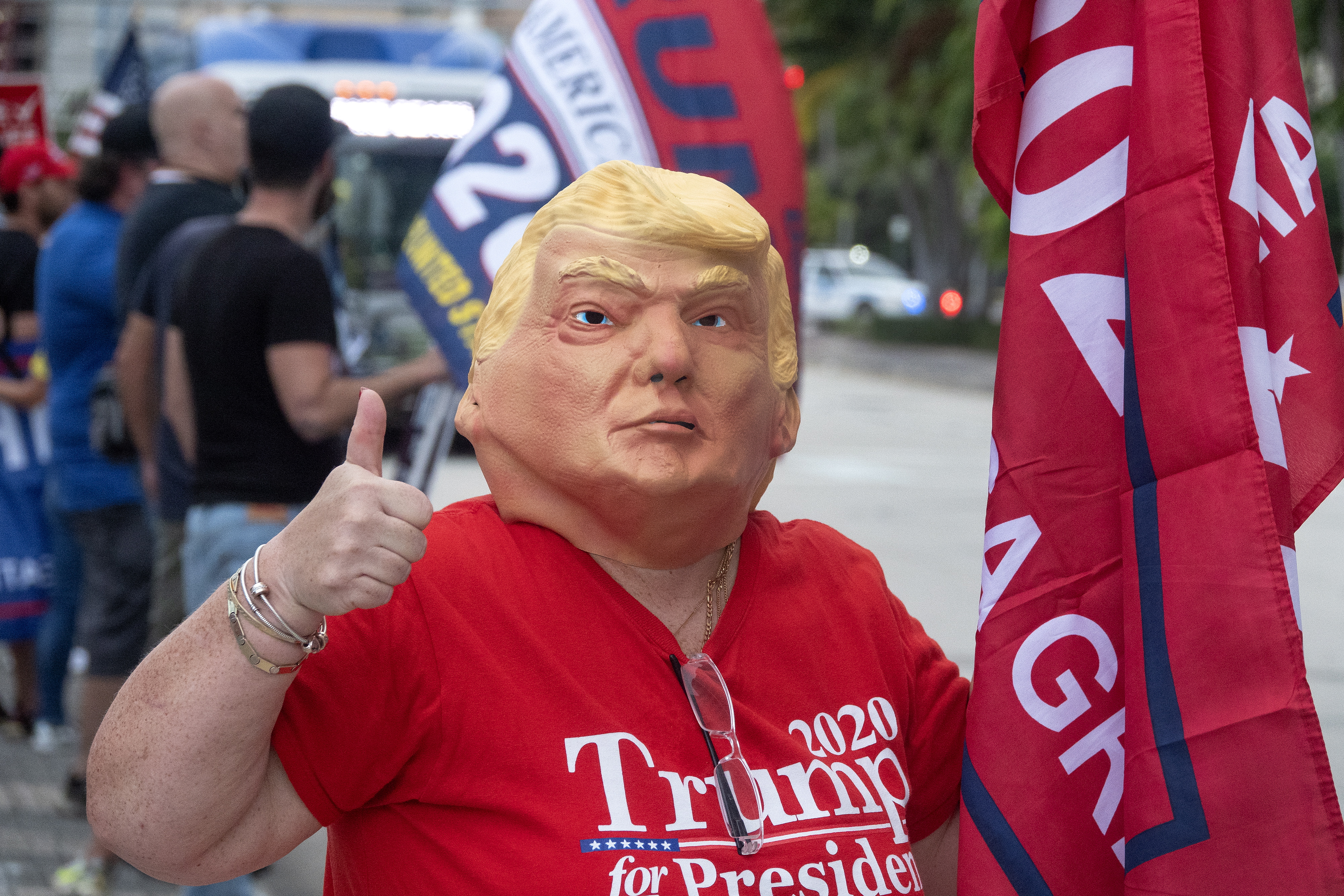 She admitted the President likely would get better ratings, but said " people prefer to watch train wreck rather than, say, a course in civics".

Behar added: "If they really want to do the show, should put in a laugh track because that is what watching Trump has become — a comedy show.

"But unfortunately, people are dying."

Behar regularly attacks Trump and Republicans on Twitter to her almost one million followers.

She has previously blasted the President for taking a car ride while he was getting treatment for coronavirus.

And she once dubbed him a "domestic terrorist", before shortly afterwards saying "I take it back".

Behair also once said she "dreams of the day" that House Speaker Nancy Pelosi will be President. 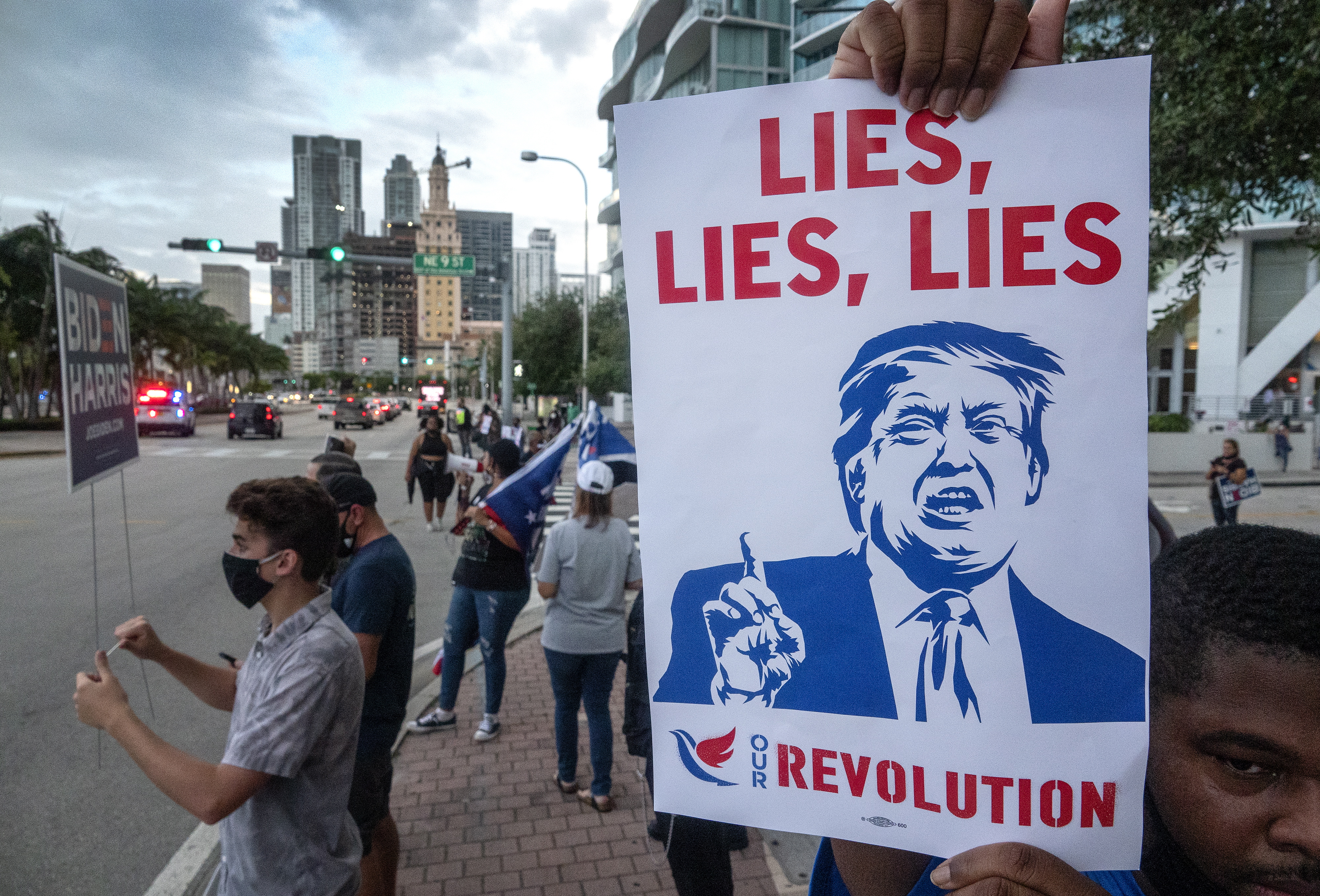 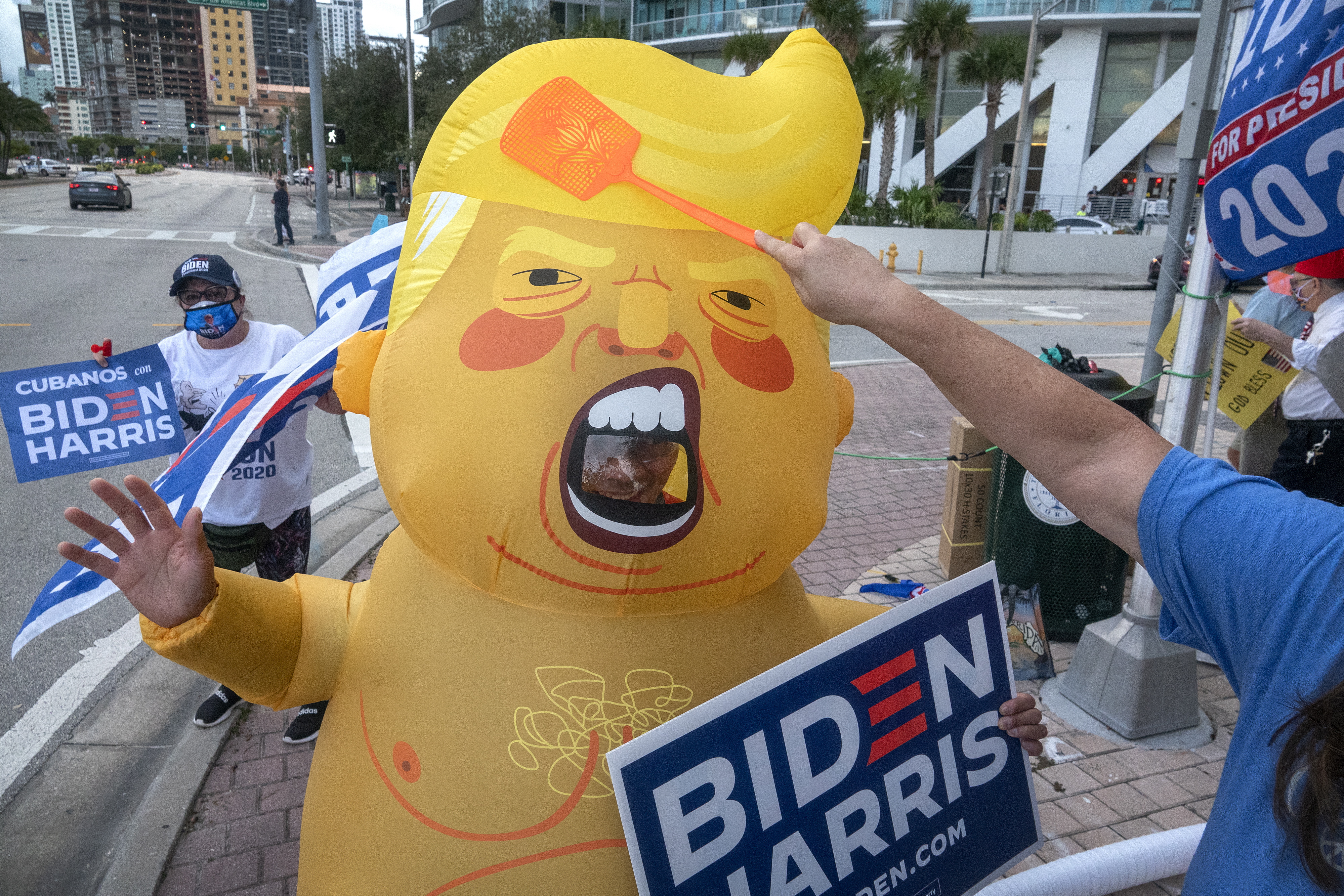 Liberal celebrites have a record of bashing the president, including former Daily Show host Jon Stewart who went on a lengthy rant on Howard Stern.

He branded Trump the "ultimate victim" and mocked him as the "poor little billionaire president" – raging "What are you so f***ing mad about?".

Popstar Lady Gaga also slammed Trump as a "racist" and a "fool" over the death of George Floyd in a furious post on Instagram.

The former Hillary Clinton backer said: "He holds the most powerful office in the world, yet offers nothing but ignorance and prejudice while black lives continue to be taken."

Hollywood actor Mark Ruffalo has previously branded Trump "public enemy number one", and rock legend Bruce Springsteen has said he will move to Australia if Trump wins in 2020.

Actress turned activist Meghan Markle has also fumed against Trump – calling him a "misogynist" – to which the President said she was "nasty".

Trump and his fans have branded the constant hate towards him at "Trump derangement syndrome" and branded some Liberals as "never Trumpers".

Biden is currently leading Trump in the national polls as the US prepares to vote on November 3.