An eternal flame!: The world’s oldest person, 118, is aiming to carry the Olympic torch for the Tokyo Games

The world’s oldest person plans carry the Olympic torch for 100 metres in Japan this May as the pandemic-delayed games finally get under way.

Kane Tanaka, 118, will be pushed in her wheelchair for most of her stretch of the torch relay, but said she wished to walk the final few steps to the next torchbearer.

The Japanese woman with a widely reported love of fizzy drinks and chocolate has not been training for the torch relay, but has been given a new pair of trainers by her family.

Her grandson Eiji said only her health and weather conditions could get in the way of her playing a part in the Tokyo Olympics. 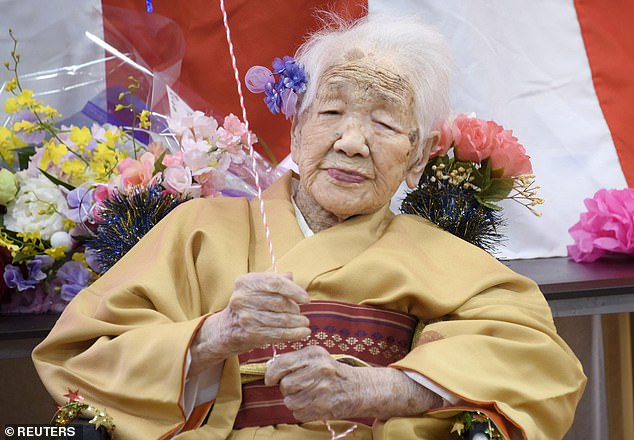 Kane Tanaka, 118, celebrates her 117th birthday in Fukuoka, Japan in January 2020. The oldest living person plans to carry the Olympic torch 100 metres in May 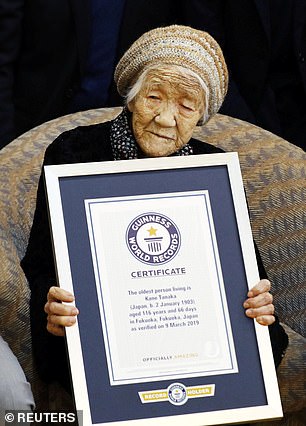 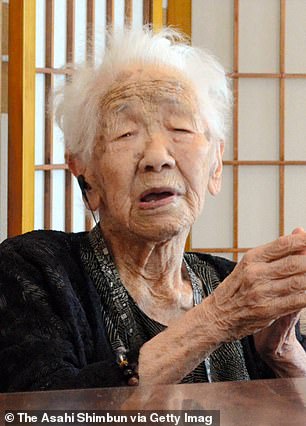 Kane Tanaka holds the Guinness World Record (left) naming her as the oldest living person. The supercentenarian has survived two battles with cancer

‘It’s great she reached that age and she can still keep up an active lifestyle – we want other people to see that and feel inspired, and not to think age is a barrier,’ Mr Tanaka told CNN.

He later added that his grandmother has ‘always loved festivals’ and wants to break the record for the oldest person to have ever lived.

That record is currently held by the late French woman Jeanne Louise Calment, who died at the age of 122 years and 164 days old in 1997, according to the Guinness World Records. 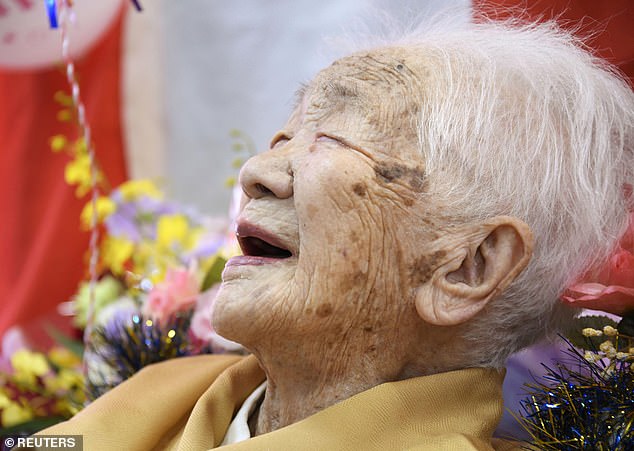 Kane Tanaka, born 1903, smiles as she celebrates three days after her 117th birthday. Speaking to CNN this week, Tanaka fell asleep during the interview

Speaking to CNN this week, Tanaka, who lives in a nursing home in Fukuoka, fell asleep during the interview.

The supercentenarian has survived two battles with cancer and lived through two pandemics – the ongoing coronavirus pandemic and the outbreak of the Spanish Flu in 1918.

The oldest Japanese person on record would have been 61 years old when the country last hosted the summer Olympics in 1964. But this year’s games will be the first she has been involved in.

The Tokyo games were originally billed to start in 2020, but the top sporting event will now kick off in July this year.

It is still unclear whether foreign spectators will be allowed to attend the event amid the ongoing COVID-19 pandemic.