The Prime Minister today visited Belgium to pay her respects to those who died in the First World War, as the centenary of the Armistice approaches

Theresa May started her day at the St Symphorien Military Cemetery in Mons, laying wreaths at the graves of the first and last British soldiers to be killed during the war.

She placed a wreath at the graves of John Parr, the first in 1914, and the last, George Ellison, who was killed on the Western Front at 9.30am, before the Armistice at 11am. 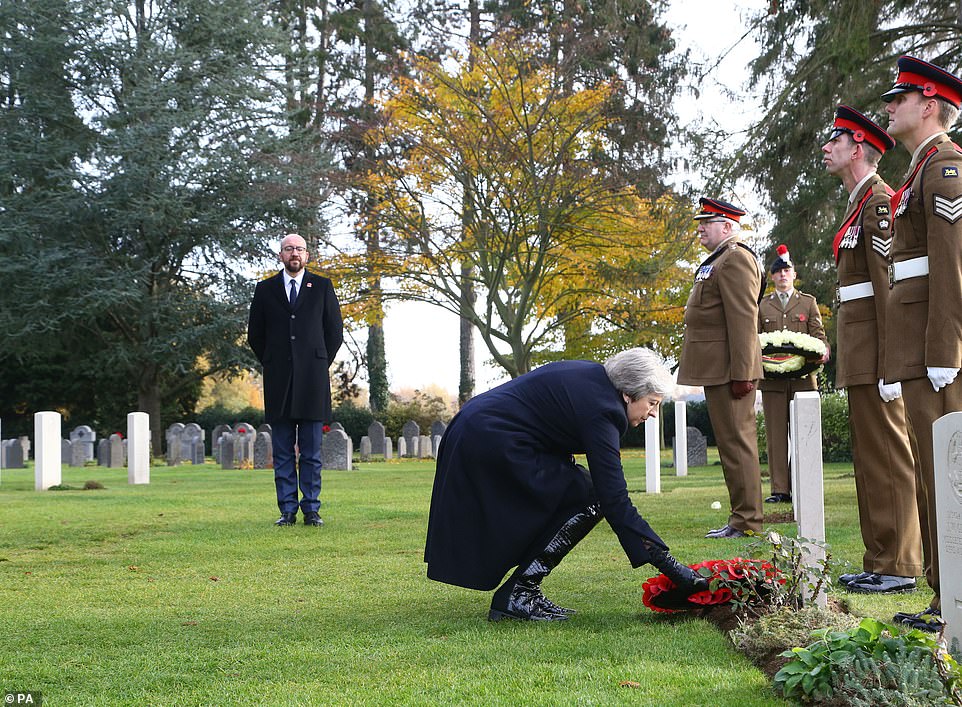 Prime Minister Theresa May lays a wreath at the grave of John Parr, the first British soldier to be killed in 1914, at the St Symphorien Military Cemetery in Mons, Belgium, this morning 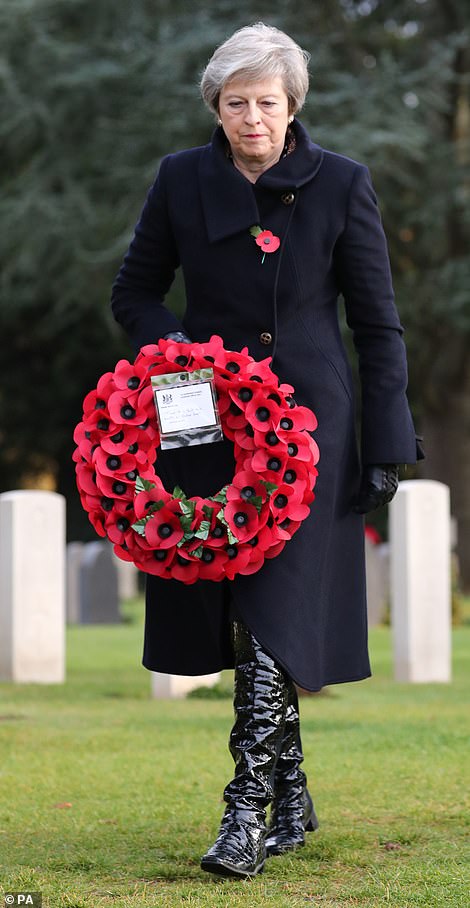 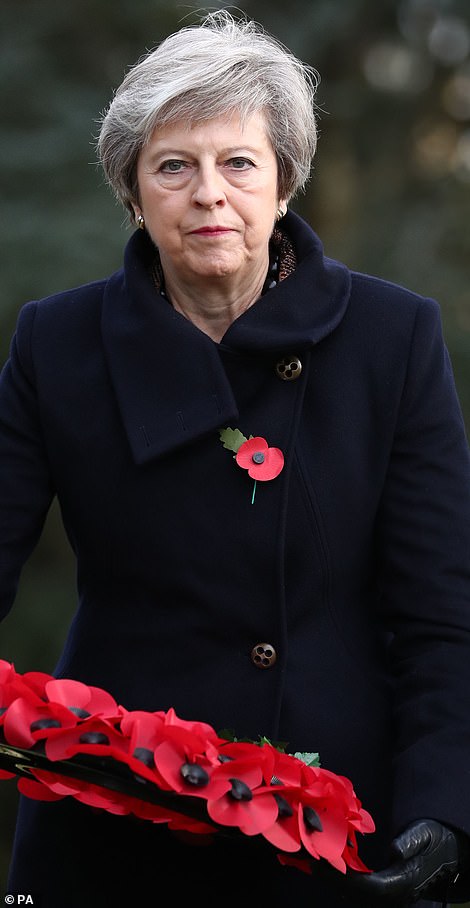 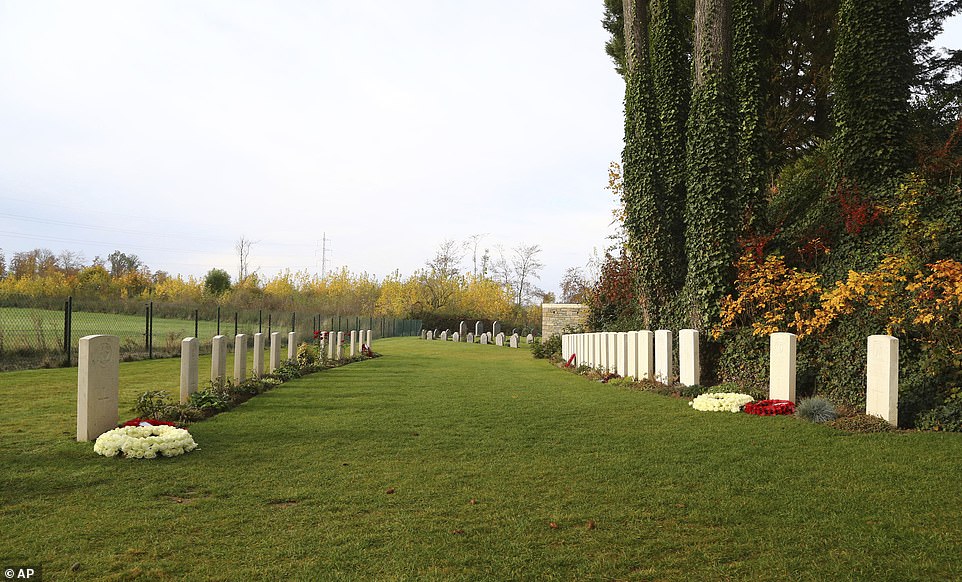 The wreaths were placed at the graves of Private Parr (left) the first soldier to be killed, and George Ellison (right), the last 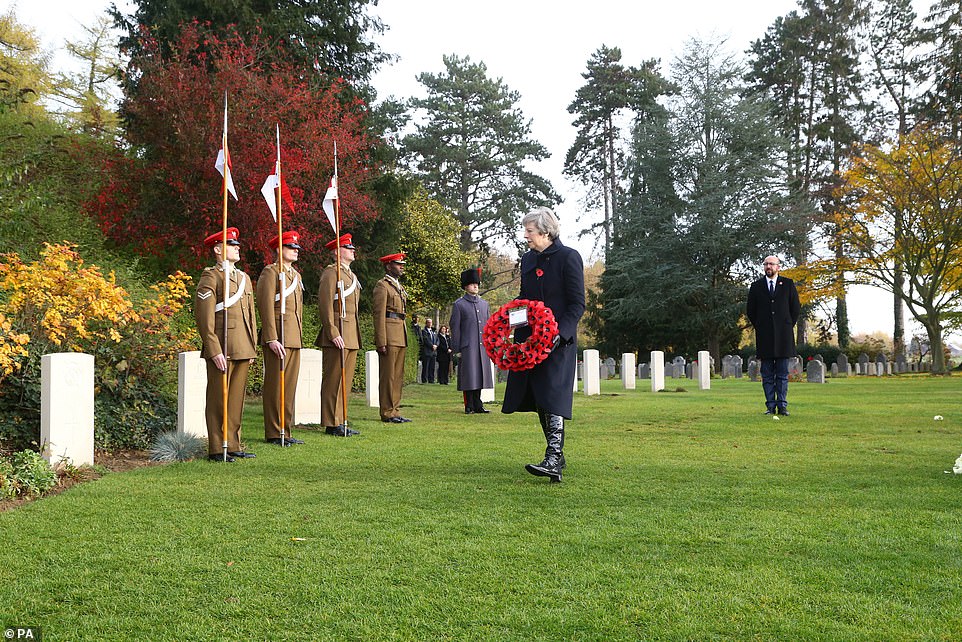 Mrs May goes to lay a wreath at the grave of George Ellison, the last UK soldier killed in WWI 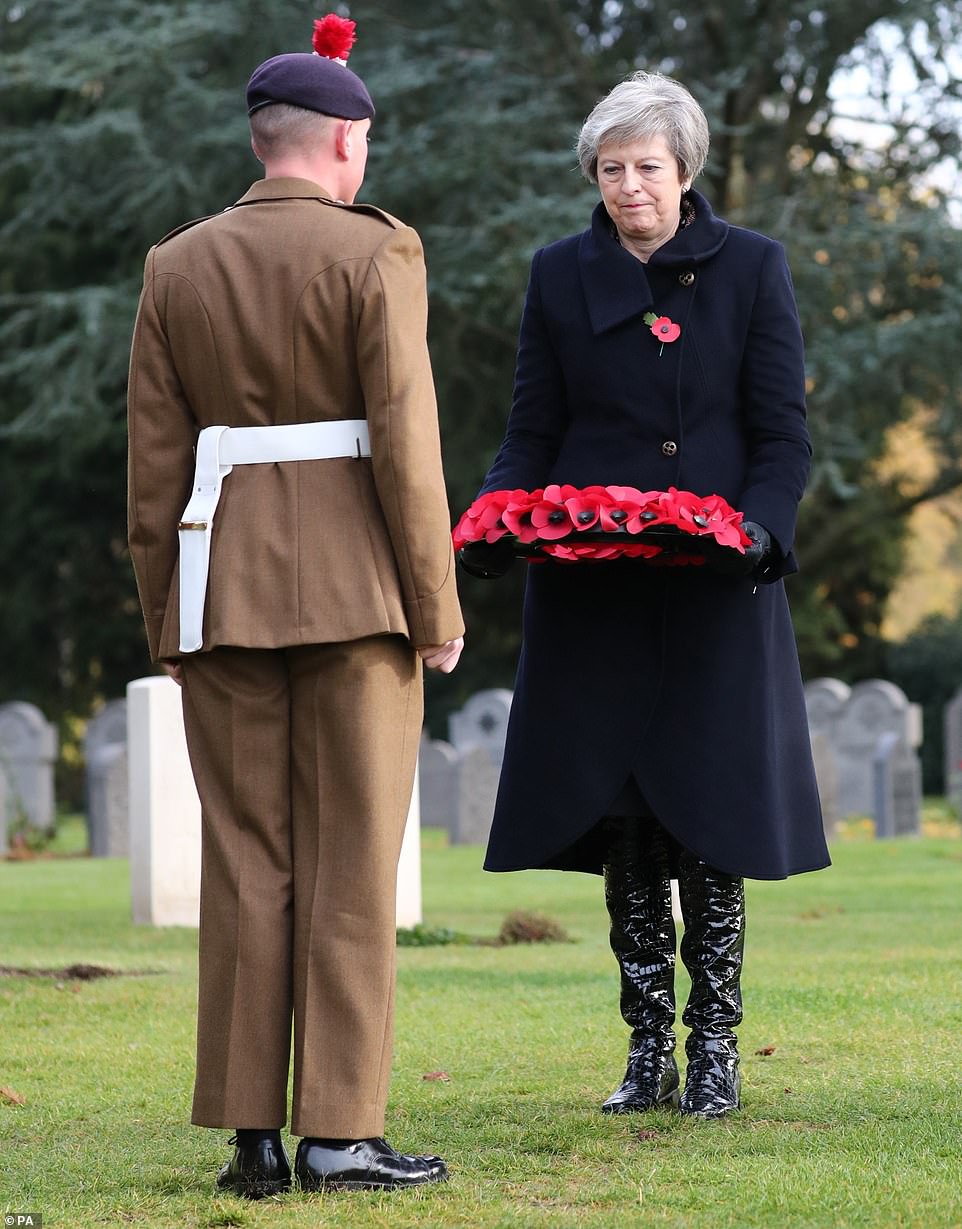 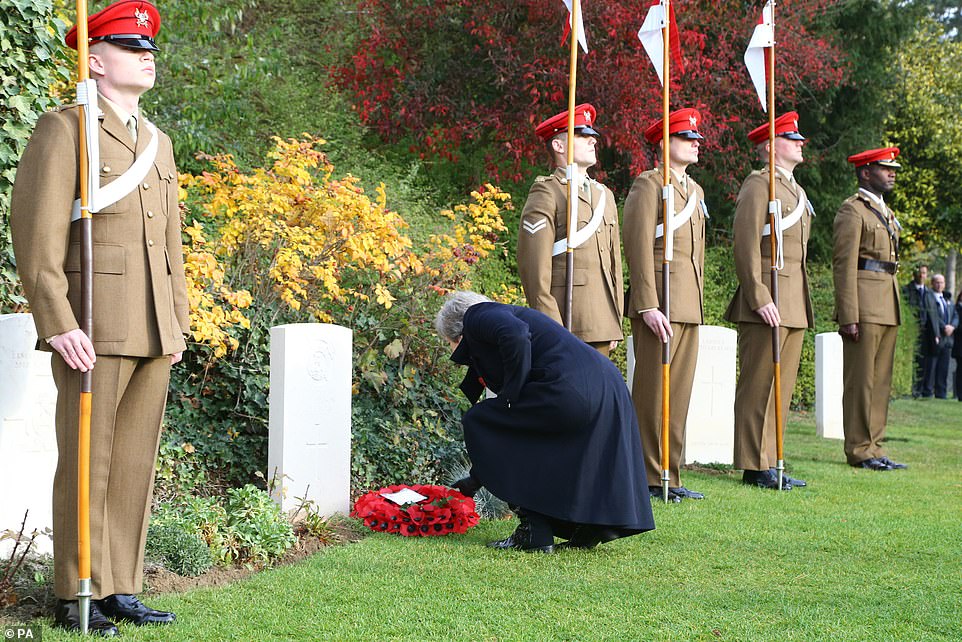 Mrs May places a wreath at the grave of Private Ellison, who was killed just before Armistice in 1918 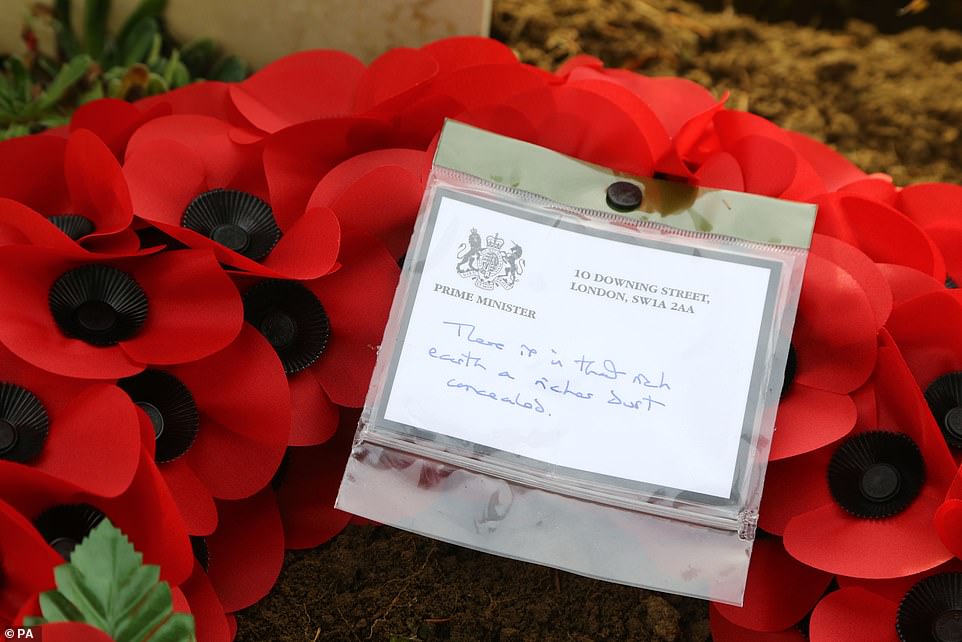 The message on a wreath next to Private Parr’s grave from Mrs May, which quotes The Soldier, a poem by Rupert Brooke in 1914, saying: ‘There is in that rich earth a richer dust concealed’

On Private Parr’s grave, she left a message on a wreath quoting The Soldier, a poem by Rupert Brooke in 1914, saying: ‘There is in that rich earth a richer dust concealed’.

Later, she and Belgian Prime Minister Charles Michel will attend a reception where they will meet British and Belgian serving members of the Armed Forces.

Afterwards she will travel to France and meet French President Emmanuel Macron in Albert in the Somme region, which suffered significant bombardment in the conflict.

The leaders will hold a private meeting and a working lunch before departing for a wreath-laying ceremony at the nearby Thiepval Memorial.