In a last-ditch bid to win over rebel MPs, the PM claimed the UK faces "months more spent arguing about Brexit" if the deal is defeated on Tuesday next week. 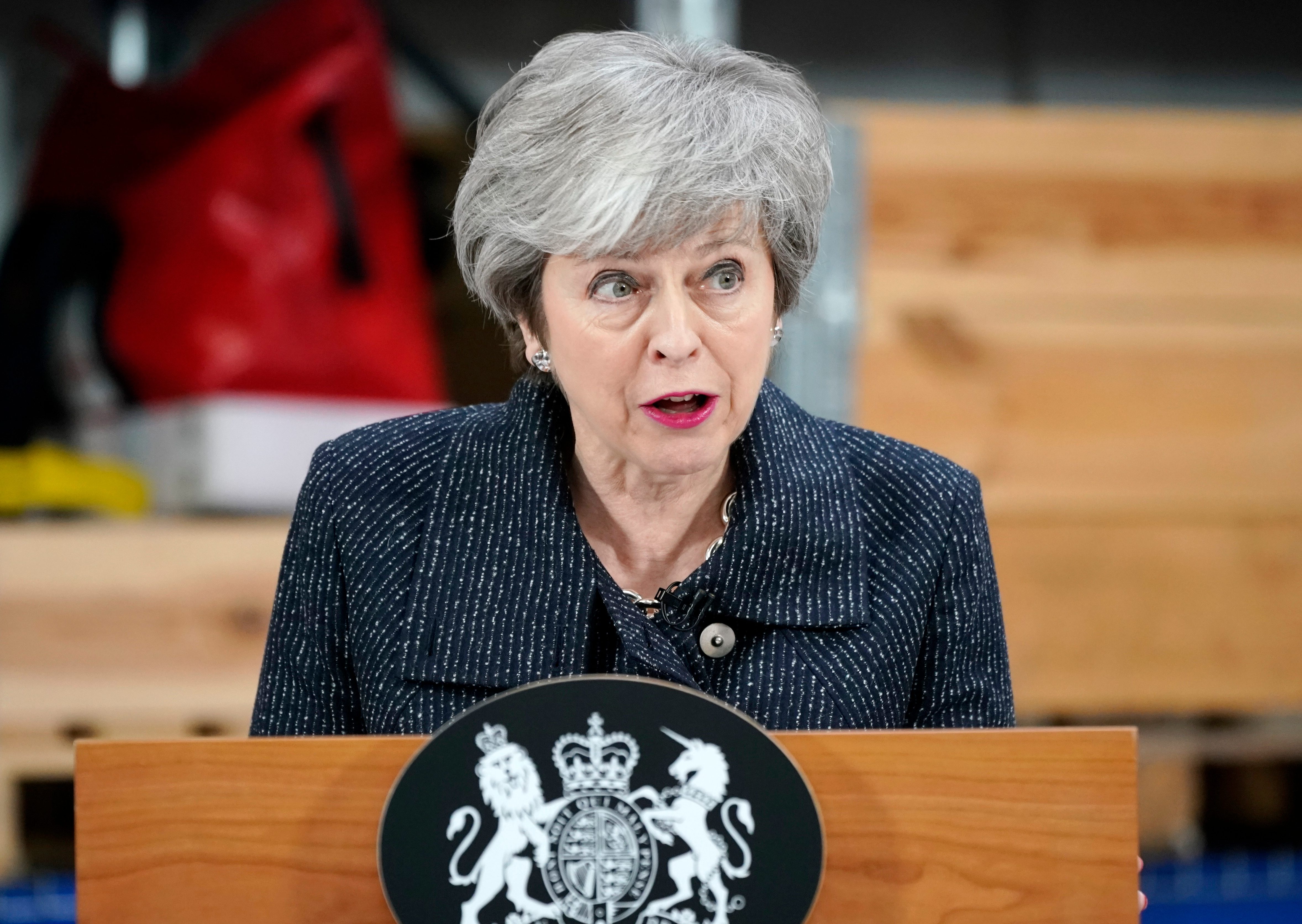 And she hit out at Remainers who want to overturn the referendum result.

Speaking in Grimsby this afternoon, Mrs May said: "Next week members of Parliament in Westminster face a crucial choice – whether to back the Brexit deal or reject it.

"Reject it, and no one knows what will happen – we may not leave the EU for many months, we may leave without the protections the deal provides, we may never leave at all.

"The only certainty would be ongoing uncertainty – months more spent arguing about Brexit when we should be improving our NHS, our schools and our communities."

She added: "Parliament gave the decision to leave or remain in the European Union to you.

"The result was close but it was clear – the decision was to leave and that is what we must do.

Brexit does not belong to MPs, it belongs to the whole country

"Brexit does not belong to MPs in Parliament, it belongs to the whole country. It belongs to the people who voted for it and want to see it implemented so we can all move on to a prosperous future.

"And that more prosperous future also belongs to those who voted against Brexit and who expect politicians to make reasonable compromises to bring our country back together."

The Prime Minister also took aim at the EU and warned Brussels will have to take its share of responsibility if her efforts fail.

She said: “Just as MPs will face a big choice next week, the EU has to make a choice too.

“We are both participants in this process. It is in the European interest for the UK to leave with a deal.

“We are working with them but the decisions that the European Union makes over the next few days will have a big impact on the outcome of the vote.”

Mrs May insisted that "it needs just one more push to address the final, specific concerns of our Parliament".

Blasting the possibility of a delay which would prolong the uncertainty, she said: "That might lead to a form of Brexit that does not match up to what people voted for.
It could mean no end to free movement, no ability to strike our own trade deals, no end to the big annual payments, no taking back control – which is what the British people voted for.

"And a delay could lead to something else – a second Brexit referendum. The chances of that have increased since Jeremy Corbyn said he would back one."

The PM said staying in the EU would be a "political failure" which lets down the 17.4million people who voted to back Brexit 2016.

She added: "My message to those MPs who agree with me that we should not risk that is simple – the only certain way to avoid it is to back the deal the Government has secured with EU on Tuesday."

Repeating the phrase "let's get it done", Mrs May concluded: "The British people have moved on, they want us to get it done. What people want is for us to do this and do it now."

MPs will vote on whether or not to approve the deal on Tuesday, after rejecting it first time round in January.

If they defeat the deal they will then have the choice between a No Deal Brexit on March 29, or a delay to the Article 50 process taking us out of the EU.

Attorney General Geoffrey Cox has been in Brussels this week trying to secure a fix to the deal which can win over enough Tory MPs in next week's vote.

But he came away empty-handed as the EU played hardball – raising the possibility of a second humiliating Commons defeat.

Labour MP Margaret Beckett, a backer of the People's Vote campaign, said today: "The Brexit process has become a national humiliation and nowhere is this clearer than in position of the Prime Minister herself.

“Today she has been left as a supplicant to the EU, begging them to reverse and revise an agreement of which she herself was the principal author and which she hailed as a triumph for her diplomacy only a matter of weeks ago." 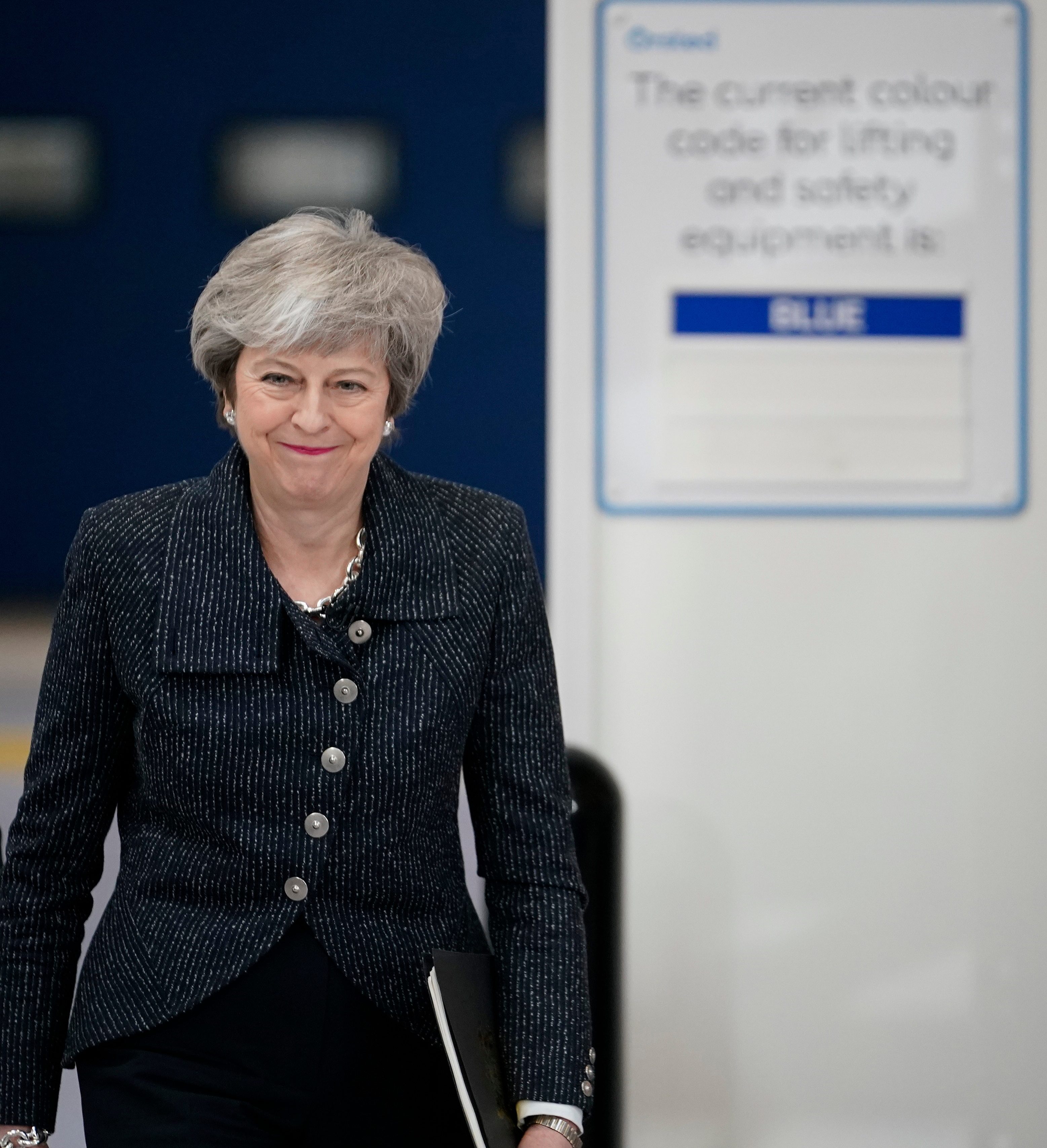