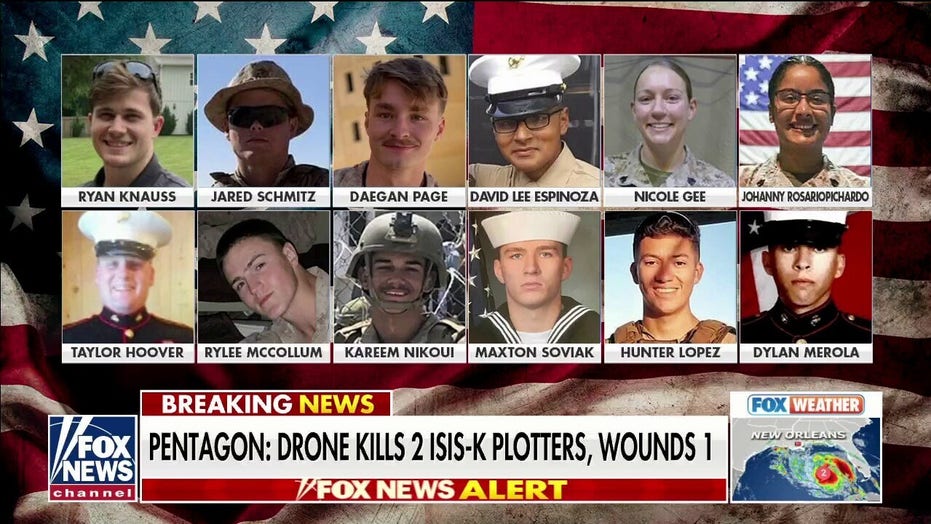 US Army combat veteran Cory Mills and Chad Robichaux, who served eight tours in Afghanistan, discuss their efforts to evacuate people from Kabul

The service members were holding the airport as the Biden administration rushes to evacuate Americans and Afghan allies from the country following a swift Taliban offensive reclaimed the country.

The ISIS-K terror group claimed responsibility for the suicide bombing seeking to disrupt the massive evacuation effort of Americans, Afghan allies and third-party nationals outside the U.S.-held airport.

It was the deadliest attack on U.S. troops in Afghanistan in more than a decade.

Ten of the victims – nine Marines and a Navy corpsman – were based out of California’s Camp Pendleton.

Here are the men and women who gave their lives in support of a massive evacuation effort to save U.S. citizens and Afghan allies:

The younger Hoover was 11 years old on Sept. 11, 2001, and the al Qaeda terror attacks left him determined to join the military, his father told the station. 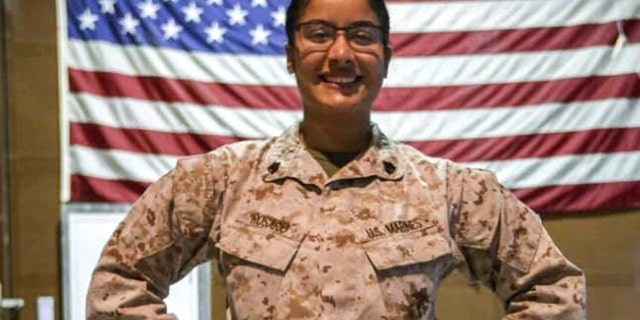 She went by “Rosario” for short, according to the Boston-based WCVB-TV.

“Marine Sgt. Johanny Rosario represented the very best our country has to offer,” Massachusetts Congresswoman Lori Trahan said in a statement Saturday. “She made the ultimate sacrifice for our country protecting vulnerable Americans and Afghans trying to get to safety – a selfless and honorable mission.”

Trahan vowed that the terrorists behind the attack would be brought to justice. 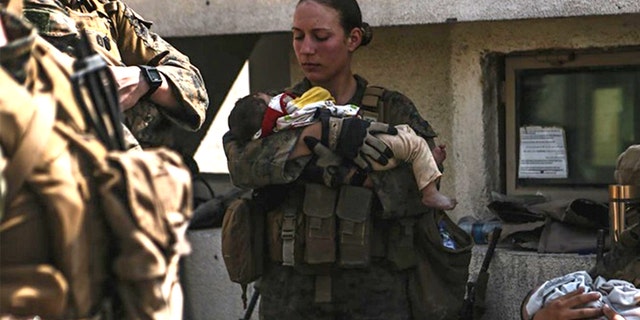 Days before the attack, she shared to Instagram a photo taken by a fellow Marine of her holding an Afghan baby in Kabul, along with the caption, “I love my job.” Another photo showed her standing guard as a group of evacuees loaded onto a military plane ahead of a flight to safety.

Three weeks ago, in a separate post, she said she was promoted to sergeant in Kuwait. 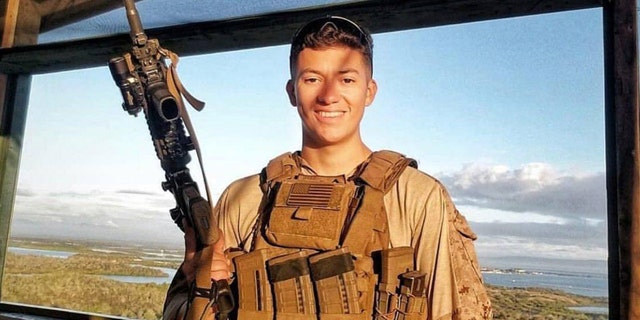 Both of his parents are members of the Riverside County Sheriff’s Department, according to authorities there.

“Like his parents who serve our community, being a Marine to Hunter wasn’t a job; it was a calling,” the Riverside Sheriff’s Association said in a statement. “He loved his family, and as we grieve for Hunter and his fellow Marines taken from us too soon, there are simply no words to express how deeply he will be missed – Semper Fi.”

Lopez had planned on becoming a deputy himself after returning from his deployment, according to FOX Los Angeles. 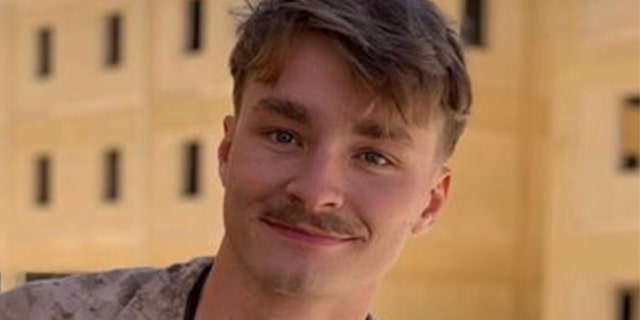 “This young man had not yet even turned 30 and still had his entire life ahead of him,” Chris Martin, mayor of Sanchez’s hometown of Logansport, wrote in a Facebook post. “Any plans he may have had for his post-military life were given in sacrifice due to the heart he exhibited in putting himself into harm’s way to safeguard the lives of others.” 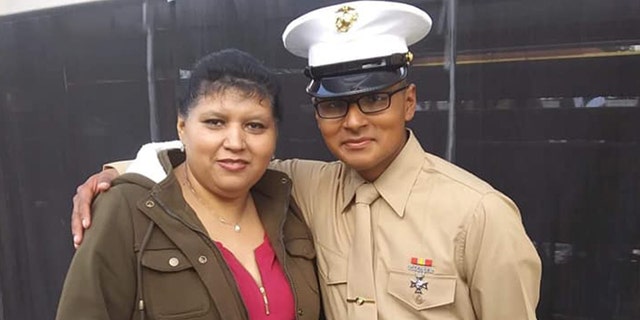 “Mr. Espinoza, a Laredo Marine killed in Afghanistan, embodied the values of America: grit, dedication, service, and valor,” he wrote. “When he joined the military after high school, he did so with the intention of protecting our nation and demonstrating his selfless acts of service.” 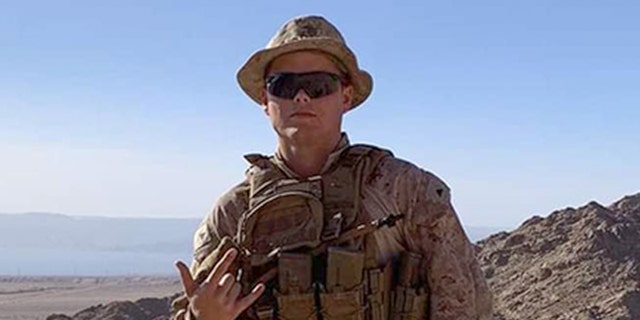 Schmitz, of St. Charles, was also on his first deployment, according to the St. Louis-based FOX 2.

In a Facebook post, state Rep. Nick Schroer said Schmitz was from St. Charles County and praised him as “a true American hero.”

McCollum, from Jackson, Wyoming, was on his first deployment to Afghanistan when the bomb went off, family members told the Casper Star-Tribune newspaper.

He was recently married and the couple was expecting a baby in the next three weeks, family members told the paper.

Merola, of Rancho Cucamonga, was honored by students at his former school, Los Osos High School, ahead of their first football game of the season Friday night, according to CBS 2 Los Angeles.

He had planned on becoming an engineer, his mother told the station.

Nikoui was another member of the 2nd Battalion.

His father, Steve Nikoui, told “Tucker Carlson Tonight” Friday that his son loved his job and had always wanted to be a Marine.

But after the bombing, Nikoui said he spent hours waiting nervously for word from his son.

“As soon as I saw them turn the corner, I saw it was three Marine suits, my life changed forever,” he said.

The elder Nikoui shared a video with Fox News Friday that he said his son sent him the day before his death. It showed him giving candy to smiling Afghan children at the airport.

Soviak was assigned to the 1st Marine Regiment, 1st Marine Division, based out of Camp Pendleton, California. 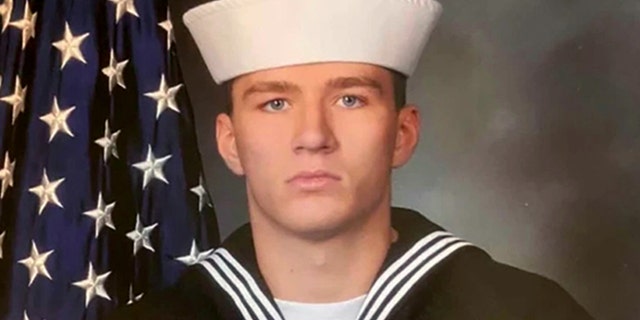 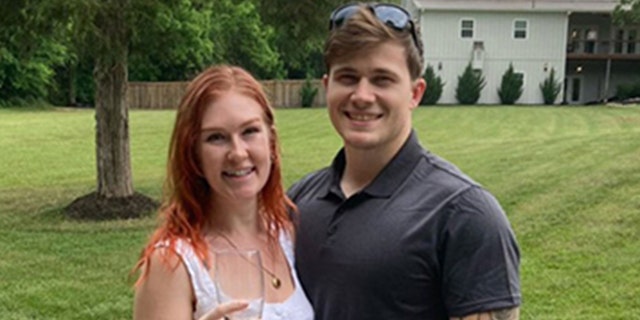 His grandfather, Wayne Knauss, told WATE-TV he was “a motivated young man who loved his country.”

“He was a believer so we will see him again in God’s heaven,” he added.

“Ryan embodies American heroism – saving people he had never met before, in the face of persistent evil,” Sen. Marsha Blackburn said Friday night. “We will never forget his sacrifice in service to his country.”