A huge ‘Gone in 60 Seconds’ style crime gang oversaw more than £1million of cars stolen from across the UK in just 97 days – after taking advantage of hi-tech keyless-entry technology.

The illegal ring stole 26 vehicles from ten counties across England, before having them delivered to a ‘chop-shop’ in Peterborough where the vehicles were dismantled and shipped out of the county.

Crew in the Organised Crime Gang would strike in the early hours of the morning, using ‘relay’ equipment to scan victims’ vehicle key frequencies from inside their homes.

Once they had the codes they could simply start up the vehicles and drive them away. Film Gone in 60 Seconds tells the story of a crime gang stealing 50 high-end cars to order.

The real-life incredible heists were exposed by Cambridgeshire Police today as two of the Lithuanian gang members Juozas Baltors, 28, and Darius Lukauskas, 31, were jailed for their part in the plot. 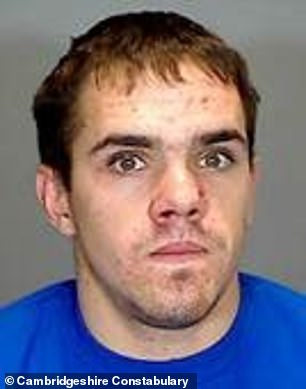 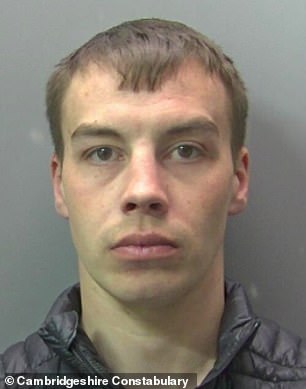 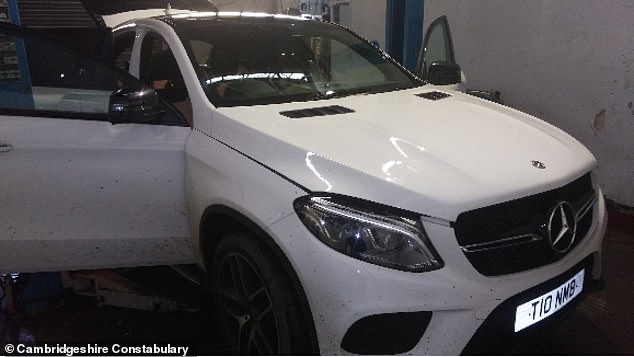 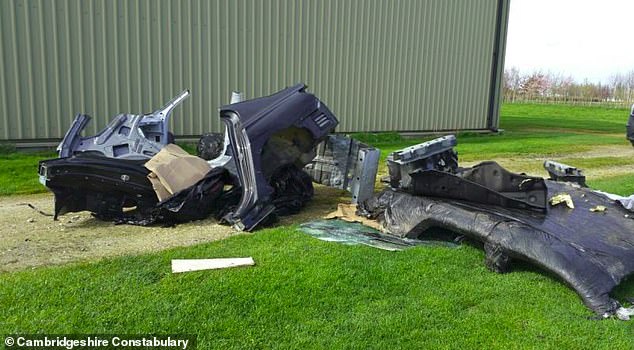 Remains of one vehicle was spotted by police, which had been stripped and shipped abroad

PC Jeremy Turner, from the force’s Acquisitive Crime Team, hailed the result at Peterborough Crown Court, adding: ‘In just 97 days, Baltors and Lukauskas played pivotal roles in stealing more than a million pounds worth of vehicles from across 10 counties.

‘They took advantage of flaws in modern vehicle security and took numerous steps to try to thwart a police investigation.

‘The valuable vehicle parts are then loaded onto lorries and exported out of the country.’

The enormous conspiracy unravelled after Baltors was stopped by road policing officers in Peterborough on April 13 after they spotted a BMW X5 being driven on cloned number plates. 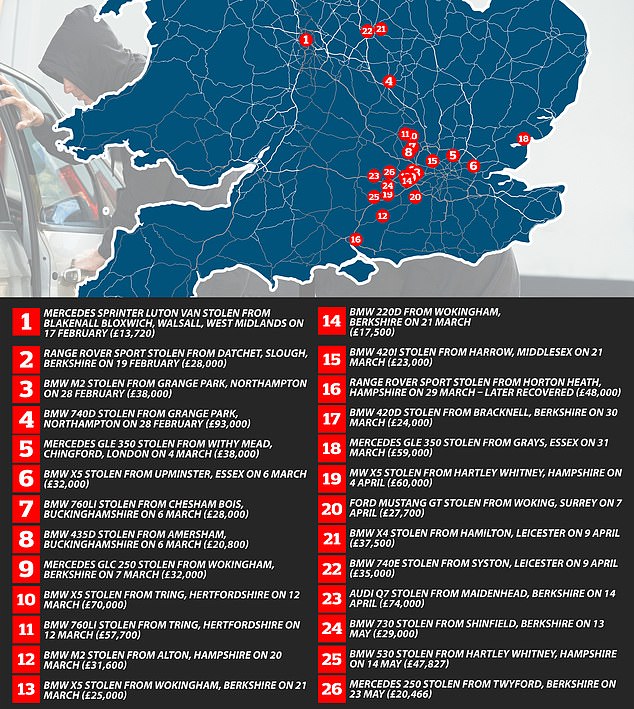 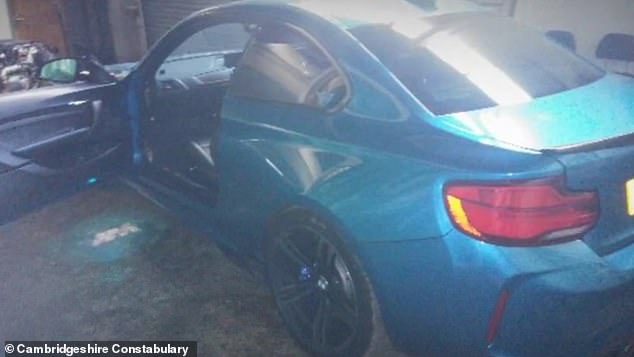 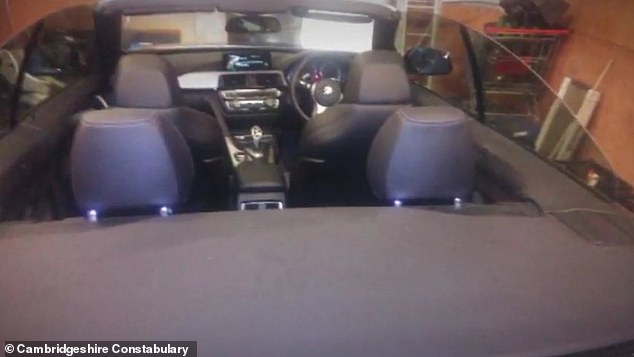 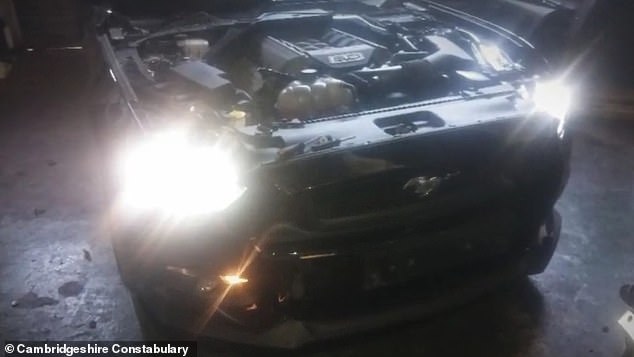 These cars were stolen in the plot:

Checks showed the BMW had in fact been stolen from Hampshire ten days prior and a search of the vehicle revealed a ‘jamming’ device in the glovebox, resulting in Baltors’ arrest.

A search of his home in Dogsthorpe, Peterborough, uncovered two further industrial-strength jamming devices and images on his mobile phone showed the dismantling of multiple high-value vehicles.

The following day, officers used a set of keys found on Baltors at his time of arrest to open up an industrial unit in Ivatt Way, Peterborough, where they found two vehicles in the process of being dismantled; an Audi Q7 which had been stolen a few hours previous in Maidenhead, and a BMW 7 series stolen from Leicester on April 9.

Parked outside was a Mercedes Sprinter Luton van which was displaying cloned number plates and had been stolen from the Walsall area of the West Midlands on February 17.

DC Craig Trevor, also from Cambridgeshire’s Acquisitive Crime Team, said: ‘Baltors was initially charged with conspiracy to steal 10 vehicles, however it was clear Baltors was not working alone and this was just the tip of the iceberg.

‘From his mobile phone, further stolen vehicles were identified as well as another offender, Darius Lukauskas, who would call Baltors when he was on his way to Peterborough with a stolen vehicle.’

On June 26 , Lukauskas, of Reading, was also arrested in Berkshire and later charged with conspiracy to steal vehicles.

Baltors and Lukauskas were linked to the theft of 26 vehicles valued at a total of £1,010,813, between February and May last year

They both denied charges of conspiracy to steal 26 vehicles but at the conclusion of a seven-day trial at Peterborough Crown Court yesterday both men were found guilty.

Baltors was also convicted of breaching a deportation order after he returned to the UK under a different name just eight days after being deported by Kent Police in February last year. The deportation order came as a result of him being convicted of perjury, theft offences and possession of an offensive weapon in 2019.

Today they were each sentenced to four years and six months in prison. Baltors was sentenced to an additional three months for breaching the deportation order and disqualified from driving for three years, starting from his release from prison, for driving while uninsured.

‘I would strongly suggest all owners of keyless entry/start vehicles review their vehicle security – the best advice is to take a layered approach to protecting the vehicle in order to make it more difficult and time consuming to steal.

‘Criminals look for the easiest option and will move on if they deem a theft will take too long.