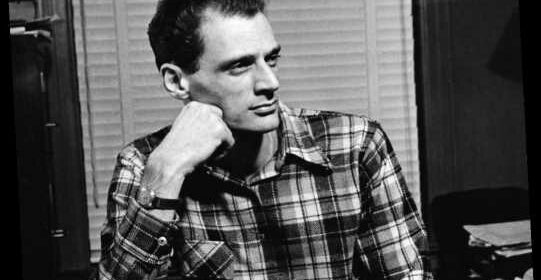 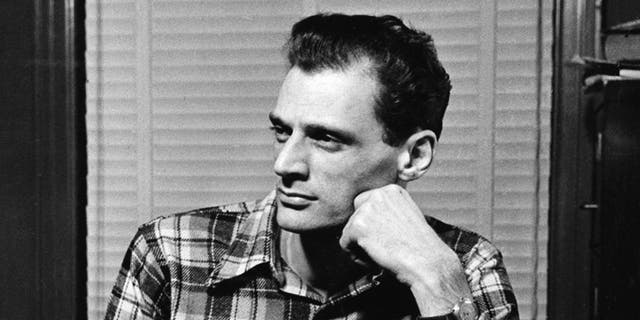 Playwright Arthur Miller poses at his typewriter in New York City, May 2, 1949. Miller is winner of the Pulitzer Prize for drama for his play "Death of a Salesman." (AP Photo) 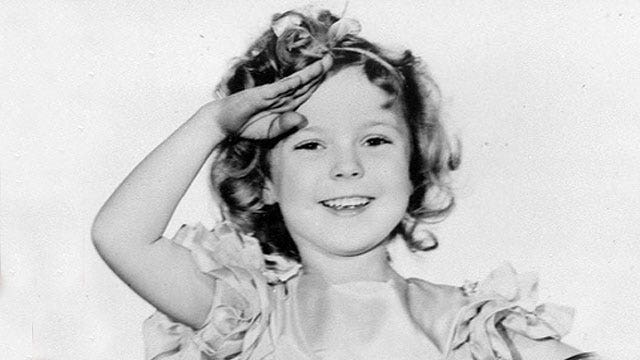