In a new study released on Wednesday, GasBuddy forecasts the nationwide average price for gas will be $3.41 in 2022. The current price nationwide averages about $3.29. GasBuddy thinks prices could near $4 a gallon by June as drivers take to the roads for the summer.

As no surprise, California is seen as primed for more gas price inflation in 2022.

GasBuddy thinks gas prices could approach $6 a gallon in San Francisco, while hovering around $5.50 in Los Angelos and Sacramento.

The average price for gas in California is currently $4.65, per data from AAA. 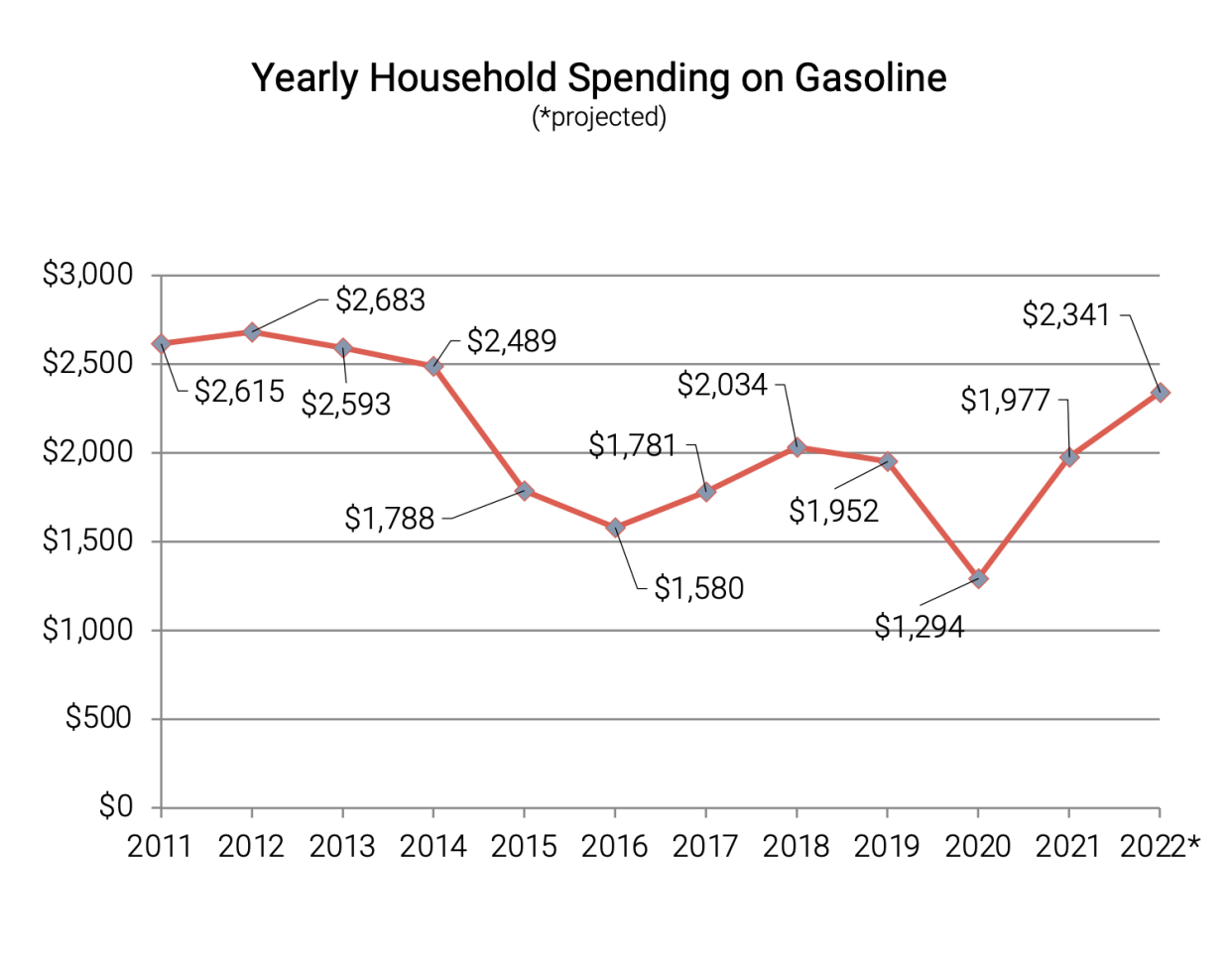 The inflationary call on gas prices comes as the bulls begin to retake the oil market despite the fast-spreading Omicron variant starting to weigh on global economic growth.

Brent crude oil traded down slightly Wednesday to $78.43 a barrel. Prices for the commodity have shot 15% higher so far in December.

Oil experts think there is further room to run in oil prices as the world tries to claw its way out of the pandemic. In turn, that is likely to be supportive of the higher gas prices, GasBuddy predicts.

"We are going to see the demand picture continue to pick up going into the [summer] driving season. Hopefully we can get this pandemic behind us. You'll see all that pent-up travel demand really take back off again. Flights were pretty full over the holiday weekend, but we expect them to get even fuller as the capacity picks up. If you look at the supply side on crude oil, we have 432 million barrels. The five-year average is 460 million, so supplies are quite tight. We don't expect OPEC to take any kind of reaction by picking up their supply picture. So we expect any kind of small supply shock would send prices higher. We are expecting $85 to $90 [a barrel] oil next year," said Phil Streible of Blue Line Futures on Yahoo Finance Live.