Carnival-goers in London had to wear coats as heavy rain battered the UK on Sunday, while bog-snorkellers swam in muddy waters in Wales.

But the adverse weather conditions affecting large parts of the country did not put off carnival party-goers who were seen dancing and covering themselves in paint as early as 8am this morning.

Young women wearing bikinis braved the wet conditions so they could celebrate the first day of the world-famous carnival.

Festival-goers in Leeds and Oxfordshire – where the Big Festival is taking place – also ignored the washout weather to party.

Less happy with the drizzly weather were the thousands who turned up to see a Red Arrows display in Rhyl yesterday – only for it to be cancelled due to the adverse conditions.

Temperatures across the UK struggled to hit 15C – less than half than what Brits experienced during the recent heatwave.

The Met Office said Wales, Scotland, Northern Ireland and western England were affected first before it made its way eastwards.

Some places have experienced up to 40mph winds during the dismal Bank Holiday weather, while parts of South West England are expected to see up to 60mm of rain.

Conditions have been made worse by the closure of Euston station, and mile-long stretches of roadworks on the M6 and M23 motorways.

The British Grand Prix also became the first MotoGP race to be cancelled in 38 years after the rain left standing water on the new track at Silverstone. 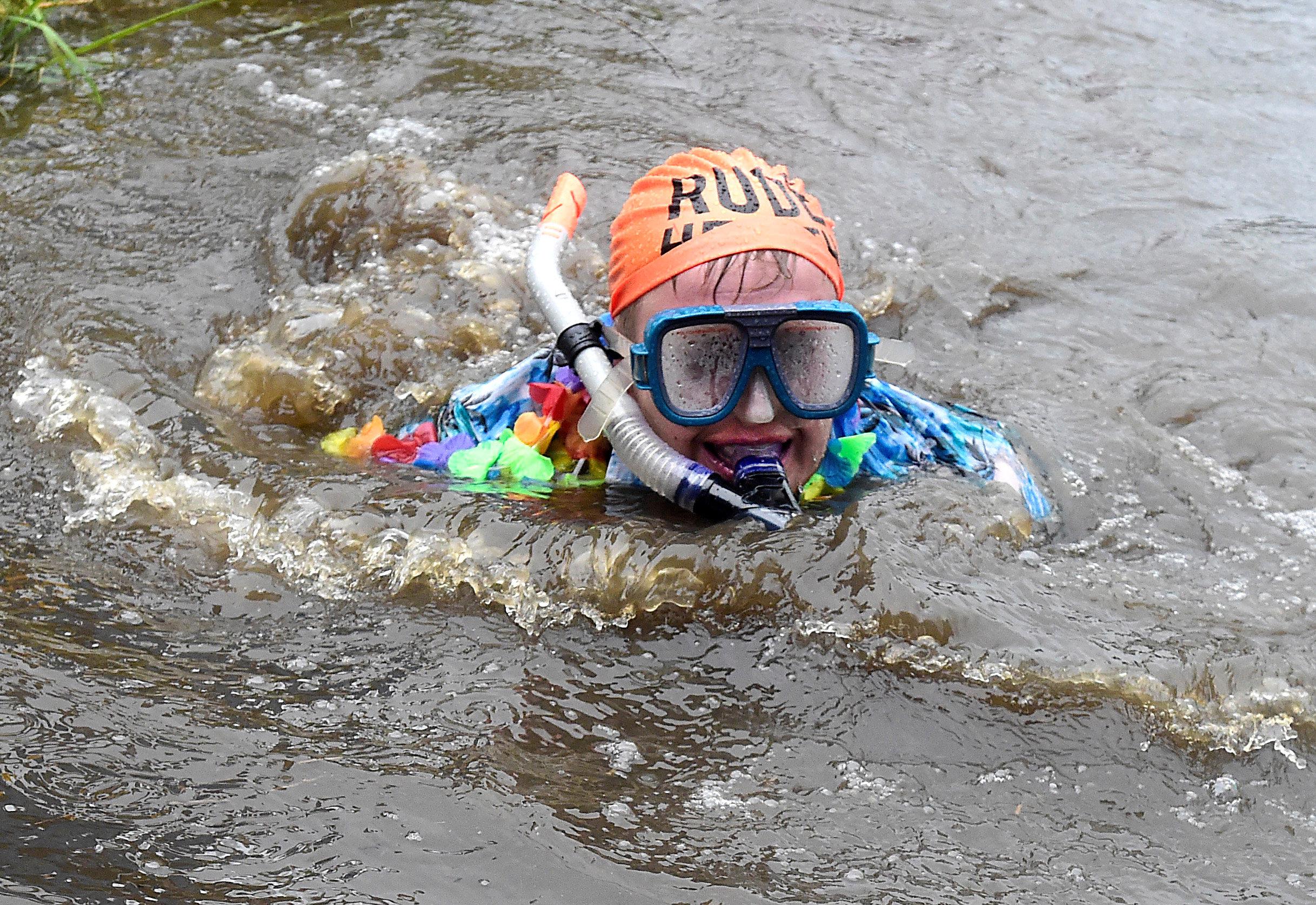 MotoGP race director Mike Webb said: "We've had a number of years' experience here in very wet conditions recently with the old surface and have been able to run races.

"This year, with the new surface, is the first time we've encountered quite so much standing water in critical places on the track."

The rainy weather is not expected to last however, with forecasters predicting hotter than average temperatures due to the 'El Nino' weather phenomenon.

Temperatures are expected to rise tomorrow and the Met Office is predicting higher than average temperatures in its long-term forecast until October.

"In the period to September 22, it is most likely much of the UK will see a good deal of dry, warm and settled weather."

He added: "Daytime temperatures are expected to be above average overall, especially in the South and East where it may become very warm – and with the warmer conditions perhaps spreading further North and West at time."

The washout weather comes as police announced powers to stop and search people at Notting Hill Carnival in a bid to crack down on violence.

Scotland Yard said it would be imposing a Section 60 order across the carnival's geographical area between 9am and 11.59pm on Sunday.

The order allows officers to search people if they believe they may be carrying offensive weapons or in anticipation of violence.

“However, given the intelligence picture and incidents of violence I have seen across the city over the last week, I have made the decision to authorise this order as an additional preventative measure.

"The use of this authority will reassure our communities that we are constantly working to protect them. It will also send a message to those intent on committing acts of violence that we will robustly target them."

He added: "I have not made this decision lightly, but with the safety and security of all those planning to attend this event in the forefront of my mind.

The measure is part of a number of plans put in place by the force to help keep carnival-goers safe after a wave of violent crime in the capital in recent months.

The two-day event will also be policed by the highest number of officers in six years, with some 13,000 officers deployed – around 450 more than last year.

Almost 7,000 officers, some from the Metropolitan Police's newly formed Violent Crime Task Force, will be policing Monday's event to "combat the threat of violent crime".

This will be up from 6,100 on-duty officers on Sunday's less busy family day.

Undercover police officers as well as officers from the force's firearms and dog unit will be in place.

The event is expected to attract more than one million revellers to its floats, food stalls and music.