A powerful typhoon killed at least three and forced more than 200,000 people to evacuate when it tore through the Philippines with furious 96mph winds today.

The storm sustained winds of 96mph and gusts of up to 146mph as it headed toward a cluster of island provinces and coastal regions lying south of Manila, where the Southeast Asian Games had opened on Saturday.

As the typhoon moved away from the Philippines, it hit the central island of Mindoro, where one man was crushed by a falling tree and another was killed by a flying piece of lumber, police said. 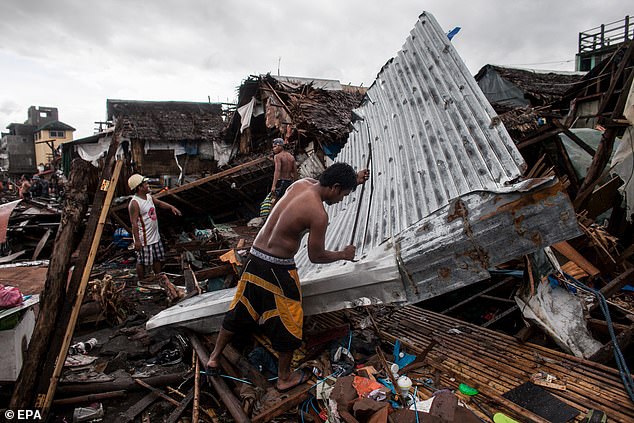 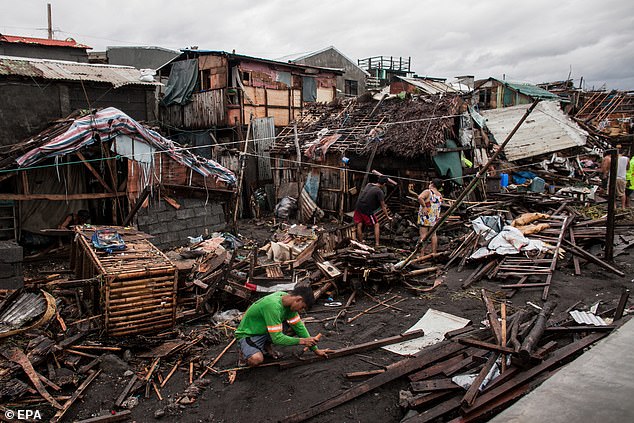 Ahead of the storm’s arrival on Monday, a 33-year-old man was electrocuted while he secured a roof against furious winds. These had weakened to a maximum of 85mph later on Tuesday.

Authorities evacuated some 225,000 people ahead of the arrival of Typhoon Kammuri, known locally as Tisoy, amid fears of flooding, storm surges and landslides.

Heavy rain and winds caused damage to the airport in Legazpi, and photographs from the aftermath show waves crashing against bulwarks, panels flying off roofs, and fallen trees.

Authorities warned of storm surges of up to ten feet and possible floods and landslides ahead after heavy winds and rain. 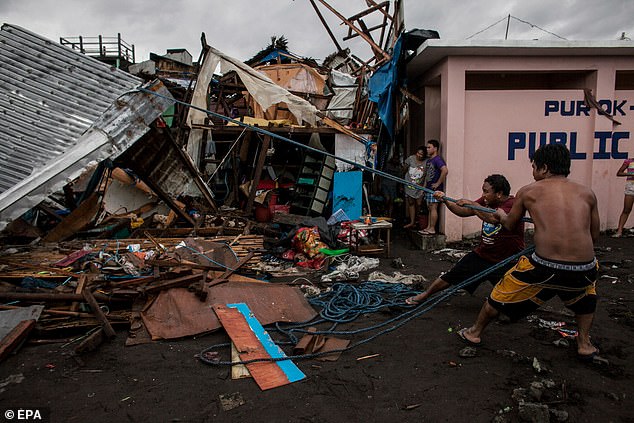 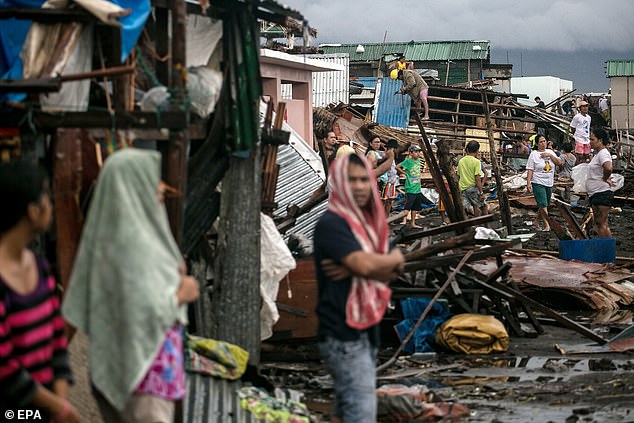 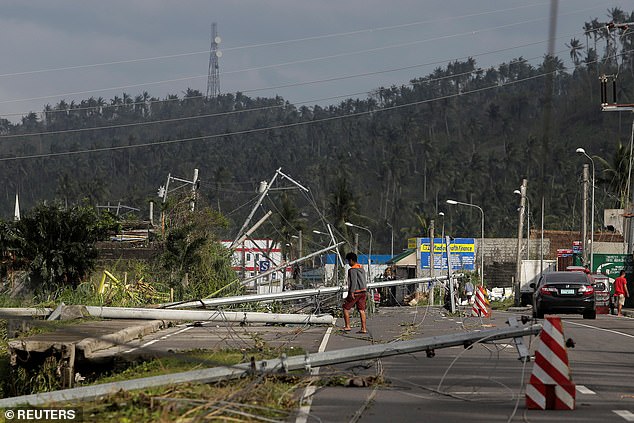 ‘A lot of trees fell… There were a lot of roofs flying during the typhoon too,’ said Junie Castillo, a disaster officer in one of the areas first hit.

Operations at Manila airport were also suspended today, with authorities estimating they would resume at around 11pm local time (3pm GMT).

Nearly 500 flights were cancelled earlier in the day, impacting around 100,000 passengers, and officials warned people not to come to the airport.

Constance Benoit, 23, was hit with a nearly day-long delay to her flight back home to Canada. 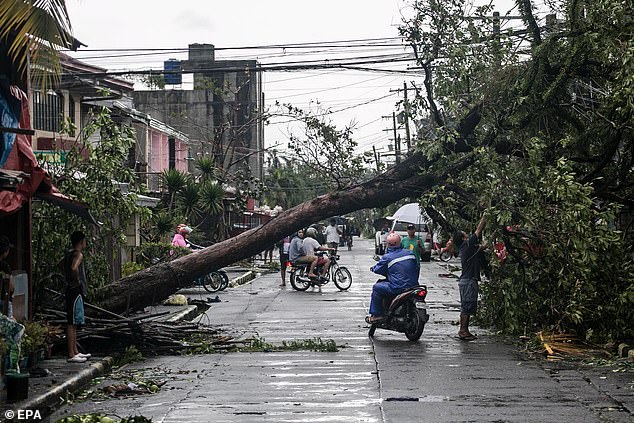 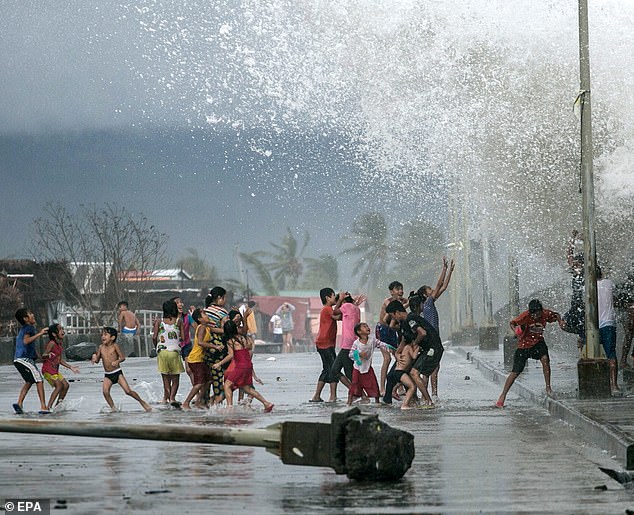 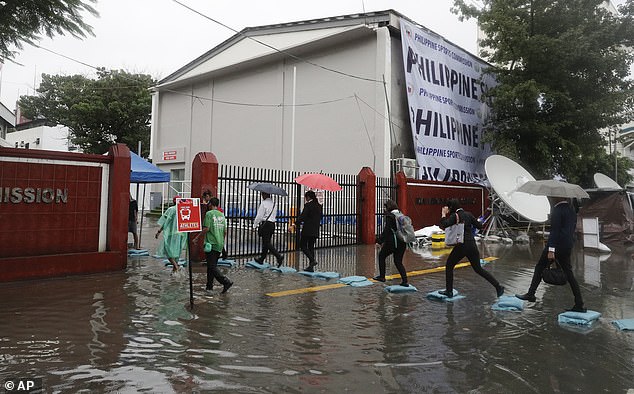 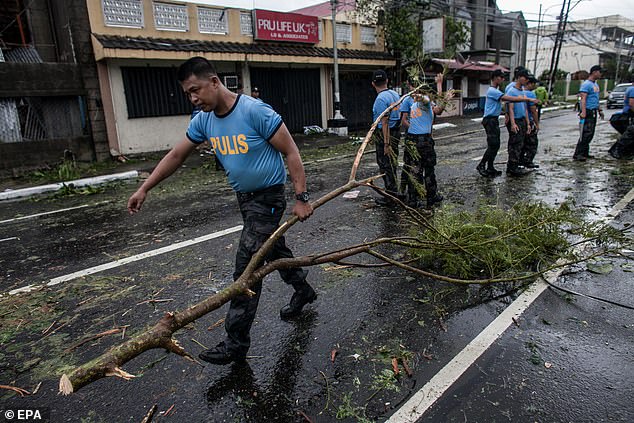 ‘It was the most turbulent flight I ever took in my life,’ she said. ‘I just discovered what airsickness is.’

The coast guard also suspended sea travel in the northeast, stranding more than 6,000 travellers along with thousands of cargo ships and smaller watercraft in the archipelago nation.

The Philippines is hit by an average of 20 storms and typhoons each year, killing hundreds and putting people in disaster-prone areas in a state of constant poverty.

The country’s deadliest cyclone on record was Super Typhoon Haiyan, which left more than 7,300 people dead or missing in 2013. 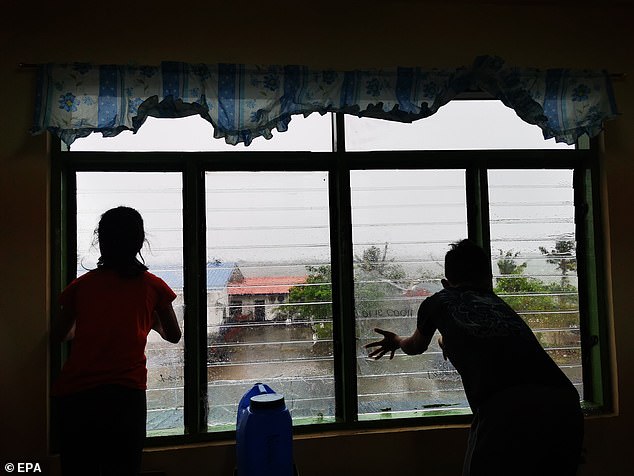 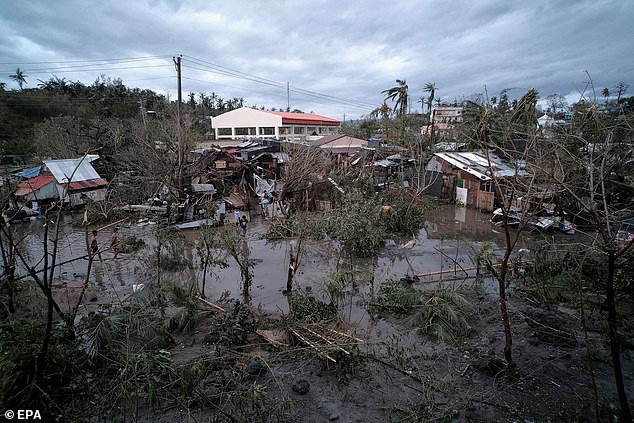 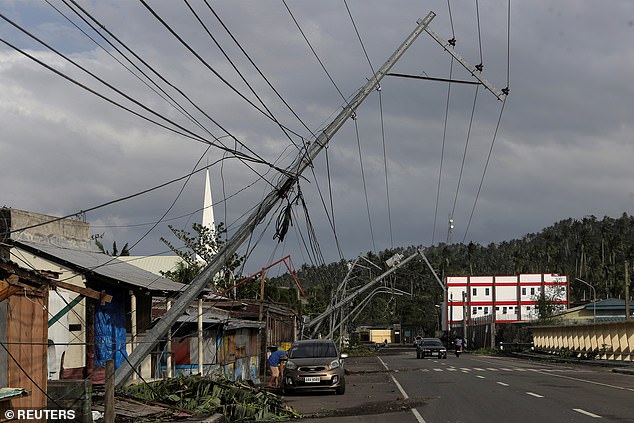 The Philippines was also forced to cancel a tennis match in the Southeast Asian Games after rains drenched an outdoor court.

Organisers said wind surfing competitions have also been postponed and other events would be delayed if needed for safety but there was no plan to extend the 11-day games which opened Saturday.

Around 8,750 athletes and team officials are expected at this year’s 30th edition – the biggest ever – along with another 12,000 volunteers.