Three bodies have been recovered from the wreckage of Kobe Bryant’s helicopter, but police will not say who they belong to.

Bryant, 41, and his daughter Gianna, 13, died when their helicopter crashed into the side of a hill in Calabasasa, California, on Sunday morning.

There were another seven people on board who also died; two of Gianna’s basketball teammates, their parents, a coach and the pilot.

Where the helicopter crashed is on a patch of ‘rough’ terrain which emergency teams had trouble accessing throughout the afternoon on Sunday.

They had to suspend their efforts on Sunday night and started again on Monday morning once it was light.  It is unclear what kind of condition the bodies are in. 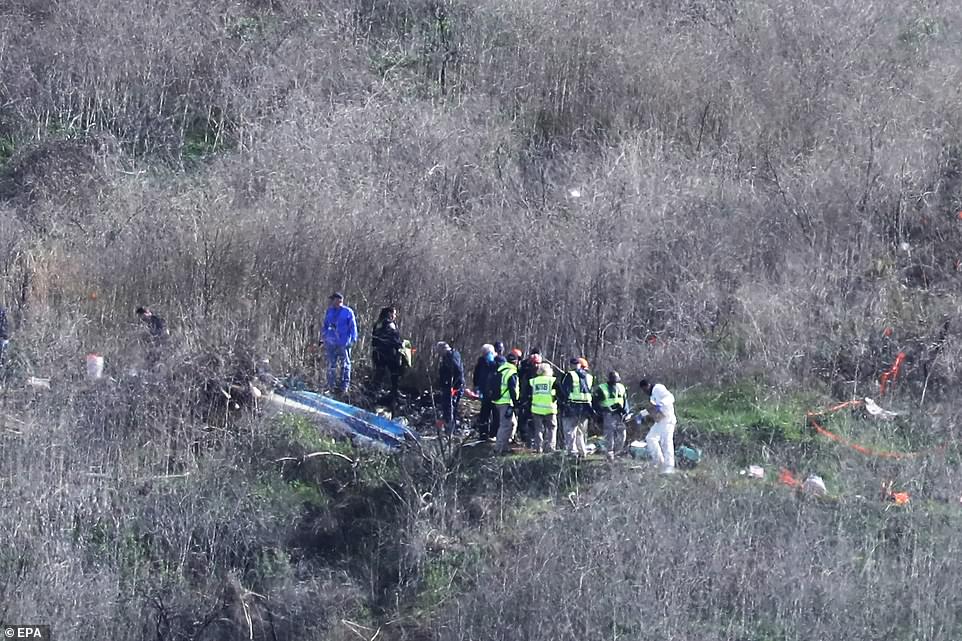 Emergency teams at the debris-strewn crash site on Monday. Three bodies have been recovered but another six have not 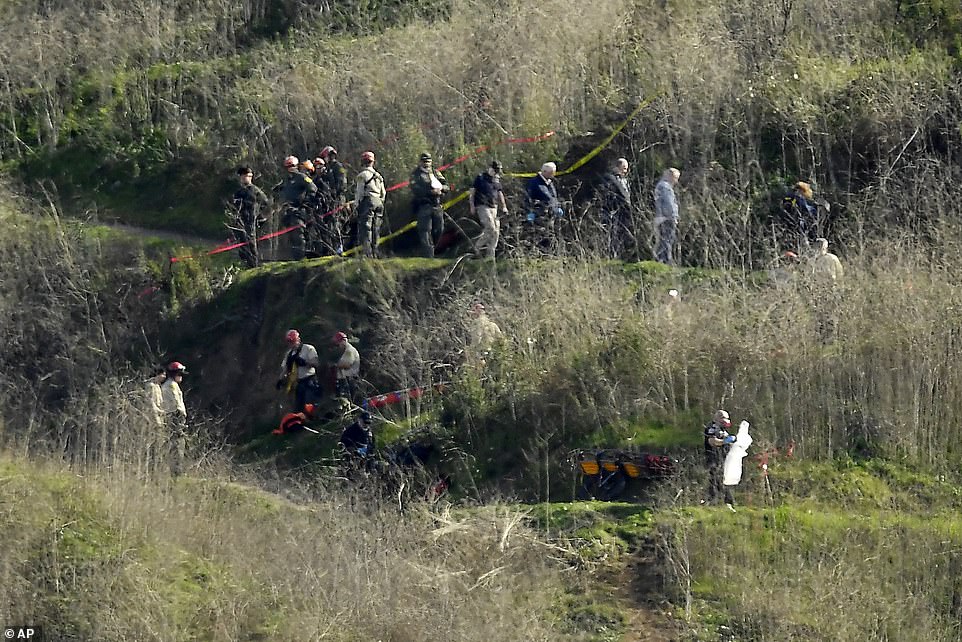 Investigators continue to work at the scene of the crash on Monday. They are having trouble reaching the victims’ bodies 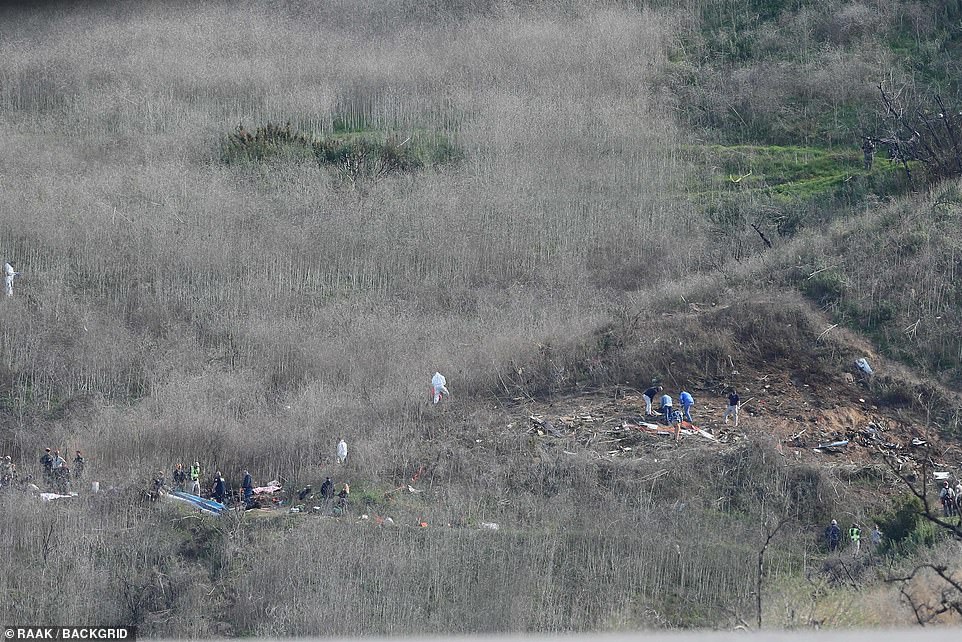 Debris scattered for 100 yards in each direction of the crash upon impact. It is unknown what kind of condition the bodies are in 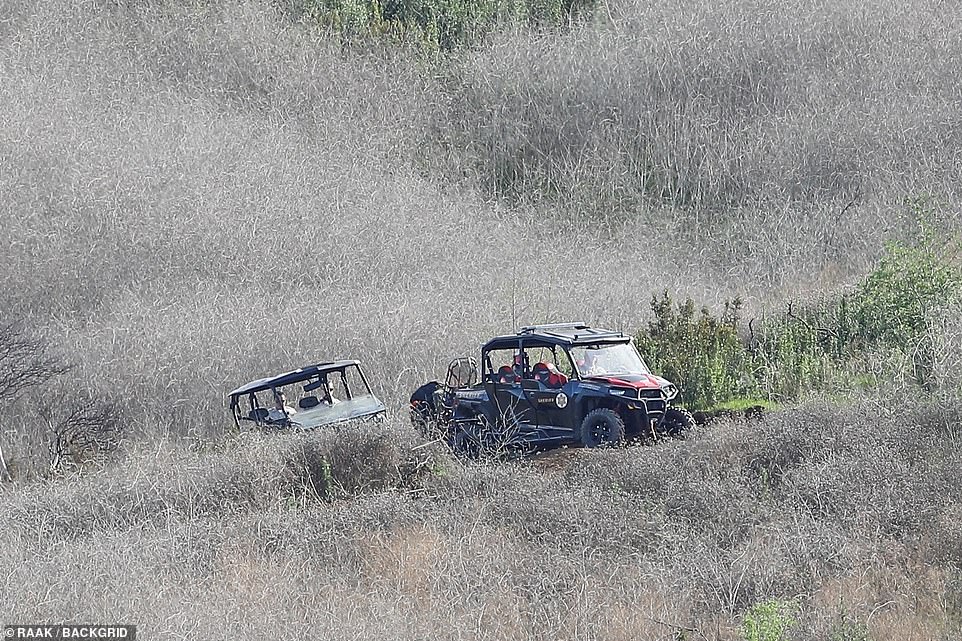 About 20 investigators were on the scene on Monday. They were seen working along the rugged hillside outside Los Angeles where the helicopter carrying Bryant, his daughter, Gianna, 13, and six other passengers crashed

Upon impact, the helicopter caught fire. Sheriff Alex Villlanueva said on Sunday: ‘It’s a logistical nightmare in a sense, because the crash site itself is not easily accessible.

‘They cannot access the crash site, it is a very rough terrain, dangerous even in daylight. We just want people to stay away.’

He said the terrain was ‘rough’ and that there was debris for 100 yards in every direction of the crash.

What caused it remains unconfirmed. The NTSB will continue its investigation into the crash. 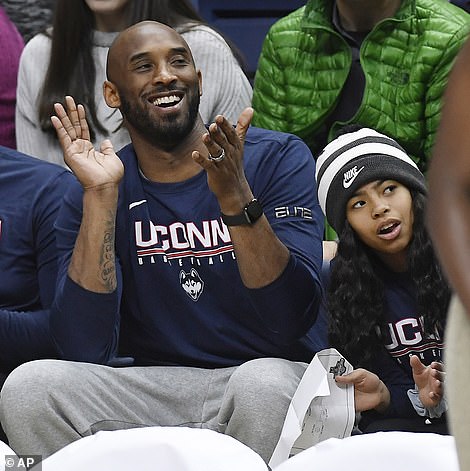 Audio of the pilot’s interactions with air traffic controllers show he intended on following the 101 highway towards Thousand Oaks – where the basketball academy was – when he veered off path and ended up crashing into the hill.

It is possible he had become disoriented because of the poor visibility and thick fog and clouds.

The pilot had been qualified to fly in foggy conditions and he was even given special clearance to fly on Sunday.

The recovery effort is ongoing.

Bryant’s former pilot has claimed that the Sikorsky S-76B that was carrying the NBA legend and eight others when it crashed into a hillside Sunday morning is such a ‘reliable’ aircraft that it wouldn’t just fall out of the sky.

Kurt Deetz, who used to fly the basketball superstar around in 2015, described the helicopter as being like a ‘limousine’ that was in ‘fantastic’ condition and subject to a ‘very good maintenance program’. 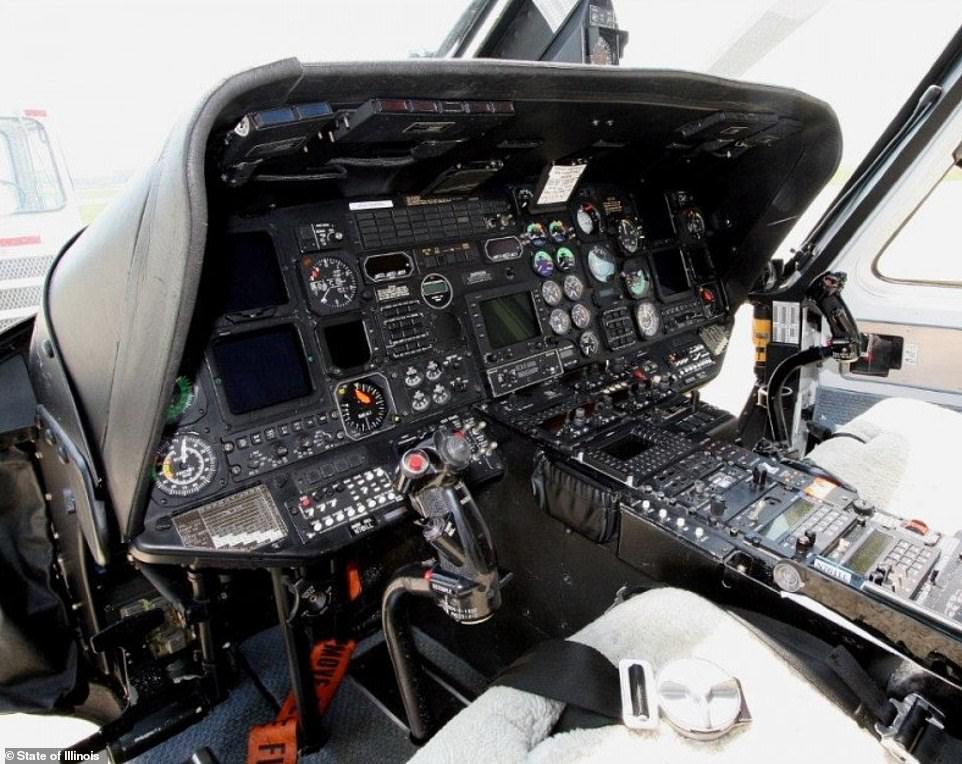 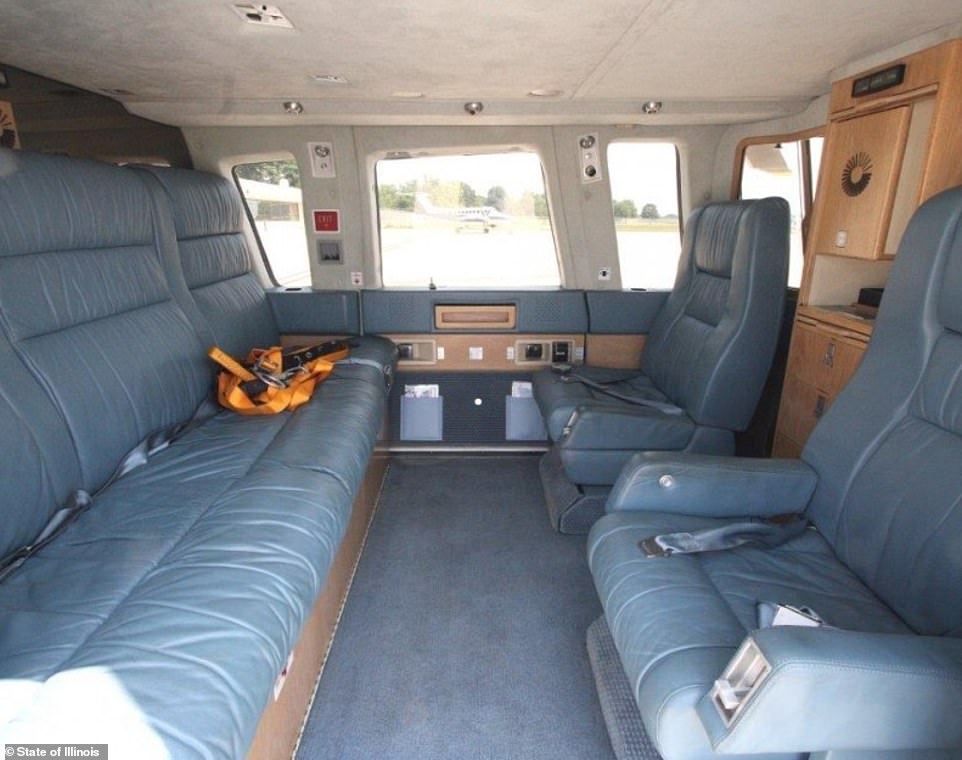 Pilots who spoke with TMZ, said they believe Zobayan panicked and ascended to 2,000 feet in order to clear a mountain range. This image shows another angle of the helicopter’s interior

Deetz said the helicopter is a ‘very complex’ aircraft that’s meant to be flown by experienced pilots. He said that pilots need at least a couple thousand hours flying in a twin engine to be ready to fly the helicopter.

‘There aren’t a lot of people readily qualified to fly it,’ he said. While speaking about the reliability of the helicopter, Deetz told CNN: ‘They just don’t fall out of the sky.’

He also said the model is considered nearly ‘bulletproof’.

Ara Zobayan, 50, was flying the aircraft when it reportedly plummeted nearly 500 feet in 15 seconds before crashing and killing Bryant, 41, his daughter, Gianna, 13, John Altobelli, 56, his wife, Keri, and their daughter Alyssa. The crash also killed Payton Chester and her mom, Sarah, as well as Christina Mauser.

Zobayan, who also died in the crash, was an experienced pilot.

He was a licensed commercial helicopter pilot of 12 years, certified flight instructor of two years and a ground instructor of 11 years, according to federal aviation records. 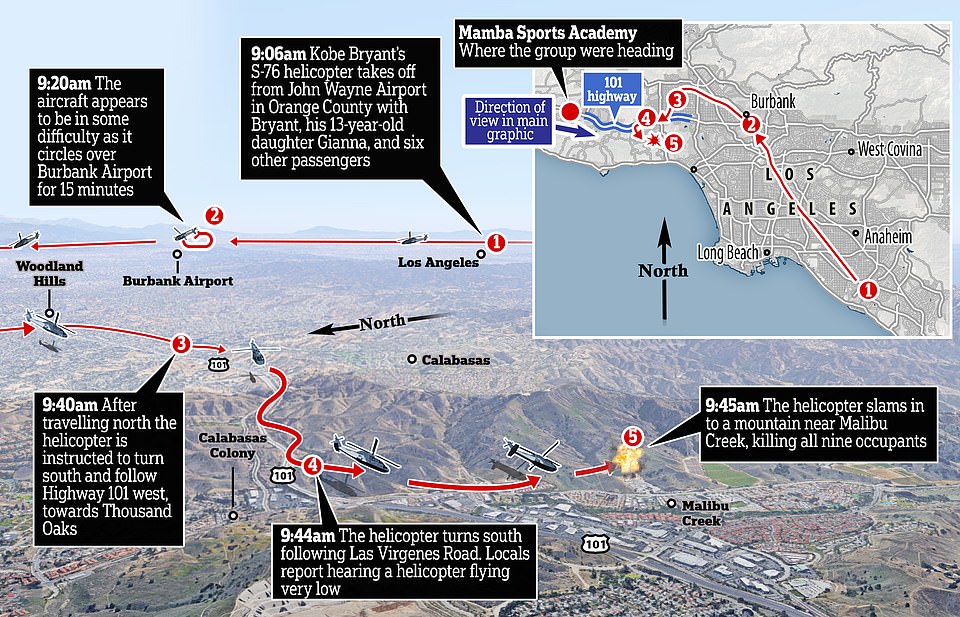