THREE people have died, one person is permanently blind and three others are in a critical condition after guzzling hand sanitizer containing methanol, say New Mexico health bosses.

The US Food and Drug Administration recently warned consumers not to use nine brands of sanitizers that contained up to 81 per cent methanol. 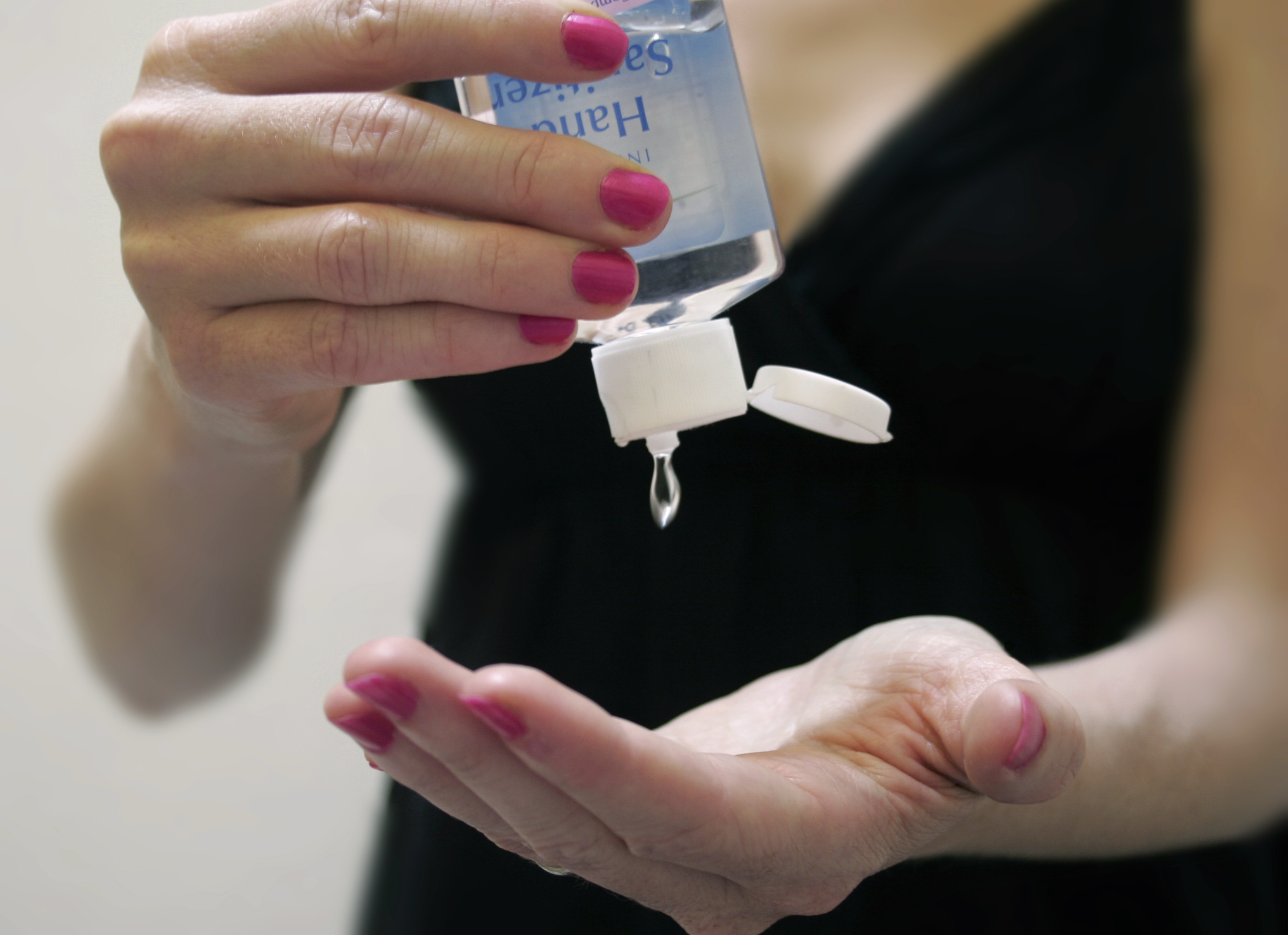 It's not clear what brands were ingested by those who died or ended up in intensive care in New Mexico.

However, the health department confirmed that the cases were related to alcoholism.

The state Department of Health said the cases have been gradually reported to the New Mexico Poison Control Center since early May.

"All seven people are believed to have drunk hand sanitizer containing methanol," said the department.

Brandon Warrick, an assistant professor at the University of New Mexico who is an expert on medical toxicology and addiction, told The New York Times that it was the largest number of methanol poisoning cases he was aware of.

Sales of hand sanitizer around the world have rocketed during the coronavirus pandemic.

Health officials have warned against ingesting the liquid cleaner, explaining that drinking those containing methanol may result in poisoning.

Methanol can cause kidney damage, blindness and death as it's a toxic form of alcohol.

It can be deadly when inhaled, applied topically or ingested.

Authorities have noted that people with substance abuse issues, particularly within the homeless community, have been known to use sanitizer and other products as a substitute for alcohol and liquor.

The FDA says that methanol is not an acceptable ingredient for hand sanitizers and should not be used due to its toxic effects.

On June 17, the agency said that it "contacted Eskbiochem to recommend the company remove its hand sanitizer products from the market due to the risks associated with methanol poisoning".

It also "advises consumers not to use any hand sanitizer manufactured by Eskbiochem SA de CV in Mexico, due to the potential presence of methanol (wood alcohol), a substance that can be toxic when absorbed through the skin or ingested".

However, it did not say whether its products had been linked to any hospitalizations.

One of the firm's sanitizers contained "81 per cent ethanol", the agency said.

"Although all persons using these products on their hands are at risk, young children who accidentally ingest these products and adolescents and adults who drink these products as an alcohol (ethanol) substitute, are most at risk for methanol poisoning." 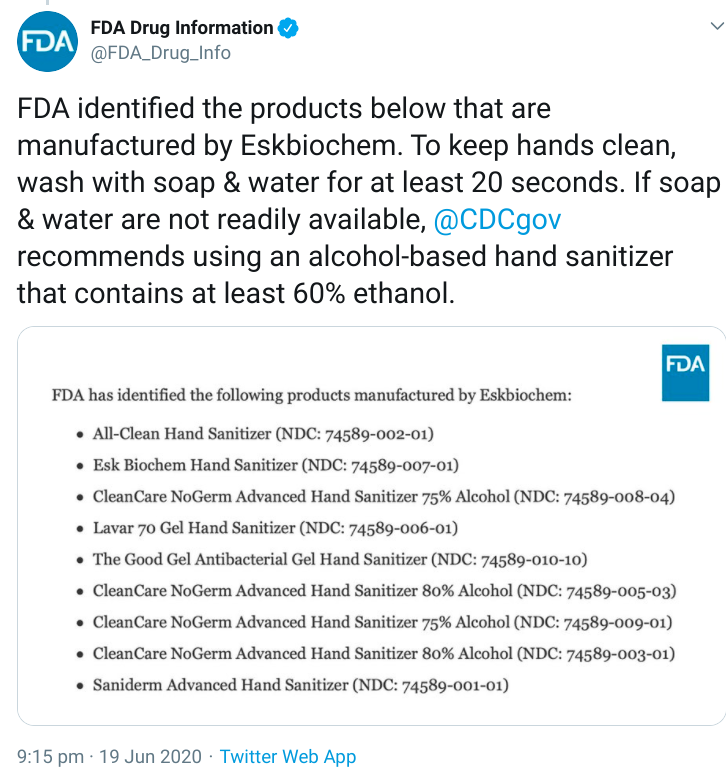