THREE people have been charged with assaulting police after officers raided a home because they were told there were "too many people inside".

Footage taken on Wednesday night shows two officers knocking on a door in Aberdeen after a member of the public reported an alleged breach of coronavirus restrictions. 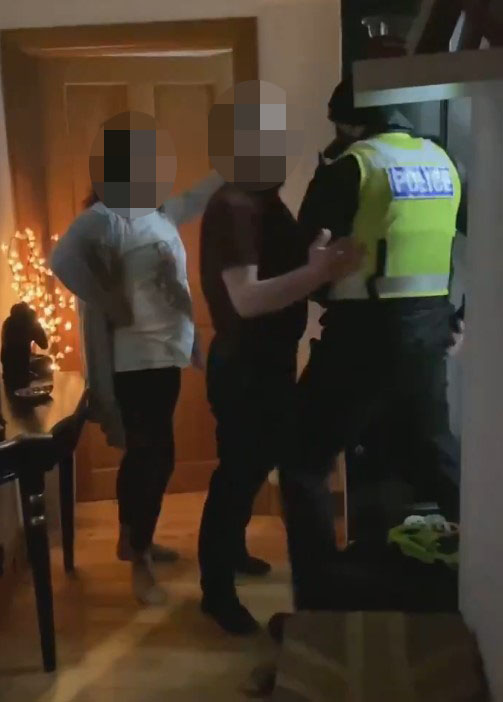 At the start of the clip a police officer can be seen standing in the hallway speaking to a man and woman.

The woman can be heard telling him: "My house. That is bullying. This is my house. Get out of my house. I did not ask you in here."

The man and woman then ask cops to leave.

Two women, aged 18 and 48, and a 43-year-old man were charged in connection with assaulting police officers and threatening and abusive behaviour.

A spokesperson for Police Scotland said: "We received a report of an ongoing party in breach of coronavirus regulations at a property on Fonthill Road, Aberdeen, around 11.20pm on Wednesday, 6 January, 2021.

"Officers attended and two women (aged 18 and 48) and a 43-year-old man were charged in connection with assaulting police officers and threatening and abusive behaviour and will be reported to the Procurator Fiscal." 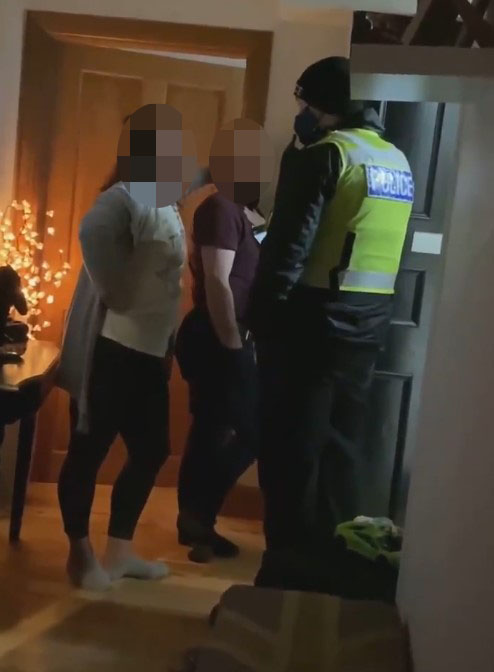 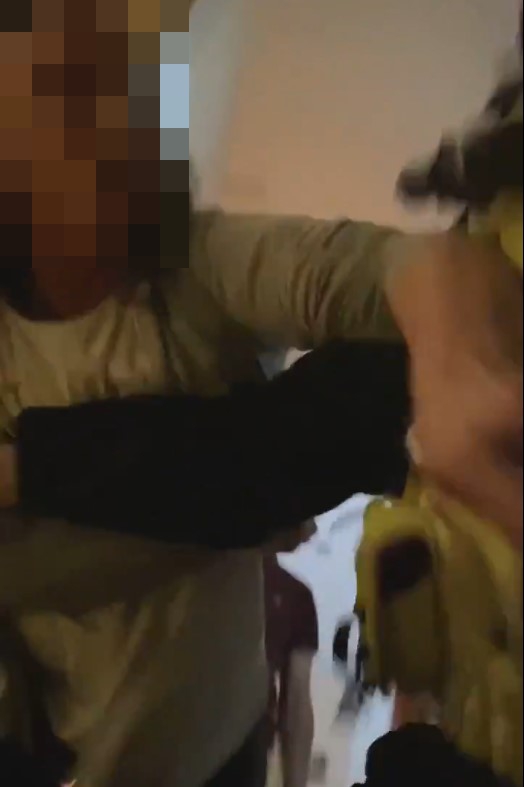 Leaving the house in Scotland without a reasonable excuse was made illegal this week with large gatherings banned after the country was thrown back into lockdown.

And Police Scotland's Chief Constable, Iain Livingstone, said cops will have "increased patrols" to encourage people to do the right thing.

He added: "Where officers encounter wilful breaches, they will act decisively to enforce the law."

In England, police can dish out fines of up to £6,400 to Brits who are caught flouting the new lockdown rules.

They are also allowed to break up crowds.

Police have been instructed to issue fines more quickly to “anyone committing obvious, wilful and serious breaches”.

Those holding, or involved in holding an illegal gathering of more than 30 people risk a police-issued fine of £10,000.