Thug, 46, caught on camera kicking an unconscious woman in the HEAD

Thug, 46, caught on camera kicking an unconscious woman in the HEAD on a busy street is jailed for just ten weeks – as identity of victim is still unknown 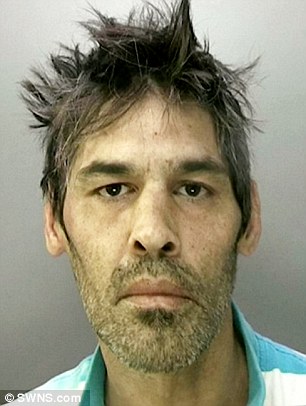 Simon Collins, 46, was caught on video kicking an unidentified woman in the head in Handsworth, Birmingham on October 17, last year. Police launched an investigation after seeing footage of the attack online

A thug who was filmed kicking an unconscious woman in the head on a busy street has been jailed for just ten weeks.

Simon Collins, 46, was caught on video by a bus passenger casually strolling past the victim before booting her in the side of the head.

A man is seen desperately trying to help the woman up while other passengers in the bus can be heard gasping in disbelief at the senseless attack.

The shocking video went viral and was viewed and shared online thousands of times following the attack on Oxhill Road, Handsworth, Birmingham on October 17 last year.

Police caught him when they recognised his distinctive camouflage jacket which he wore on the night of the attack and again on the night of his arrest in Pigeon Park on October 21.

Enquiries were made at GPs’ surgeries and hospitals across the region to find the injured woman but she was never traced so police launched a ‘victimless prosecution’.

Collins, of Handsworth, was jailed for ten weeks after he admitted assault at Birmingham Magistrates’ Court on Monday.

Speaking after the case, PC Paul Minshull, of West Midlands Police, said: ‘It was satisfying to secure a conviction against Collins: he taunted the investigation team with claims we were powerless to act without evidence from the victim.

‘However, we can take suspects to court in cases where the victim hasn’t been identified, or where the victim won’t cooperate, if we believe it’s in the public interest and the right thing to do. 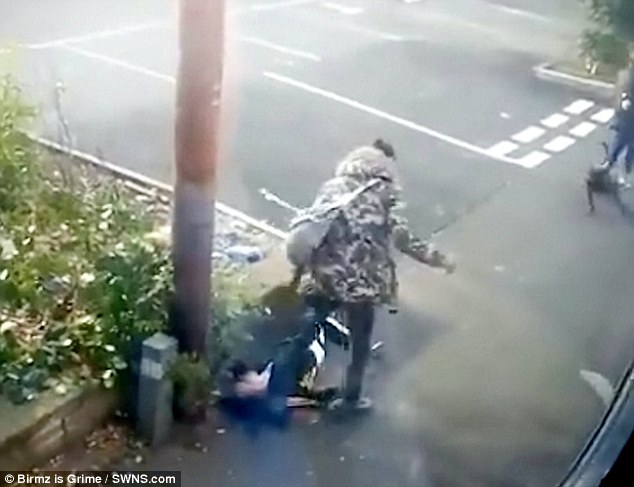 Collins began kicking the woman on the ground, who appeared to be unconscious 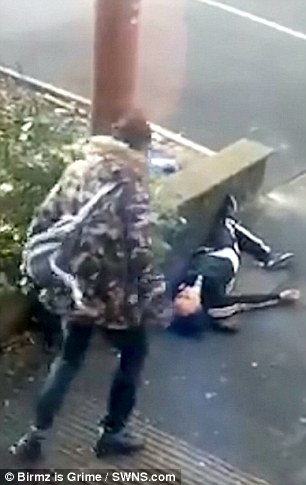 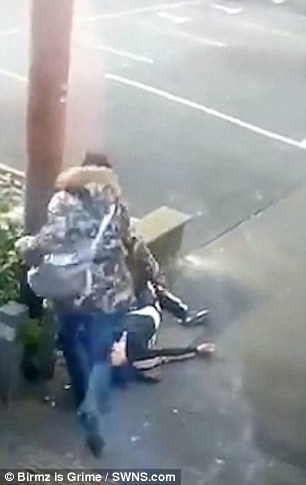 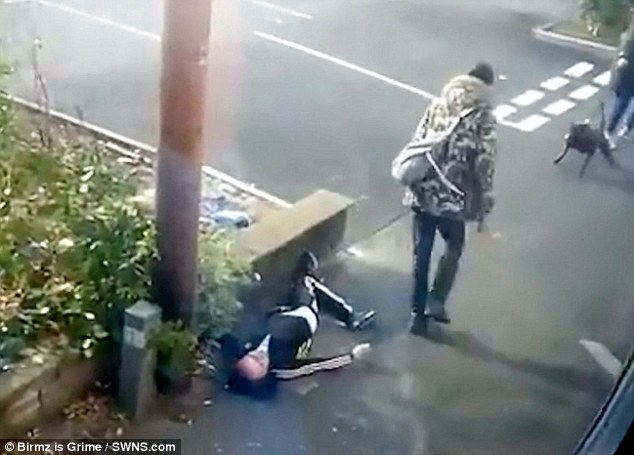 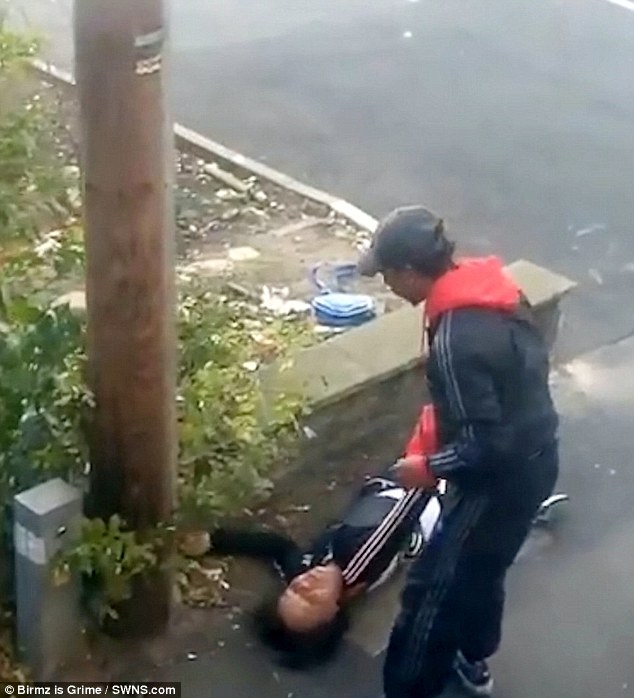 ‘What we couldn’t do is prove the extent of the woman’s injuries so Collins could only be charged with common assault instead of grievous bodily harm which would have carried a longer custodial sentence.

‘That said, this case shows we have the power to convict offenders even when we don’t have testimony from the victim – and that can be especially powerful in domestic abuse cases when offenders may have a hold over their victims.’