Thug violently beats another man with a POLE near Wembley Stadium

Thug violently beats another man with a POLE as his friends yell ‘dead him, dead him’ in shocking footage of a mass brawl that broke out near Wembley Stadium

A thug has been violently filmed beating a man with a pole after a mass brawl erupted between a group of hooded males in London.

Shocking video shows eight men in all-black outfits kicking and punching each other by a busy road in Wembley, northwest London.

The youths end up falling into some bushes before one of the men picks up a pole, swings it above his head and starts slamming a downed opponent with it. 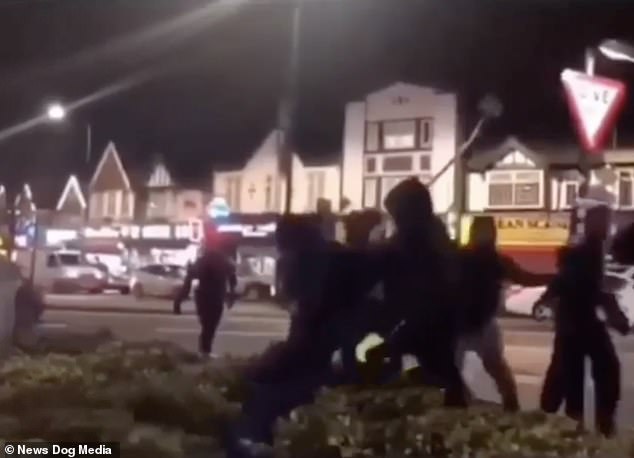 The fighting momentarily suddenly stops and men begin disperse – with the main attacker even dropping the pole.

But then another male in the group picks up the pole and appears to try to resume the brawl as the video cuts to an end. 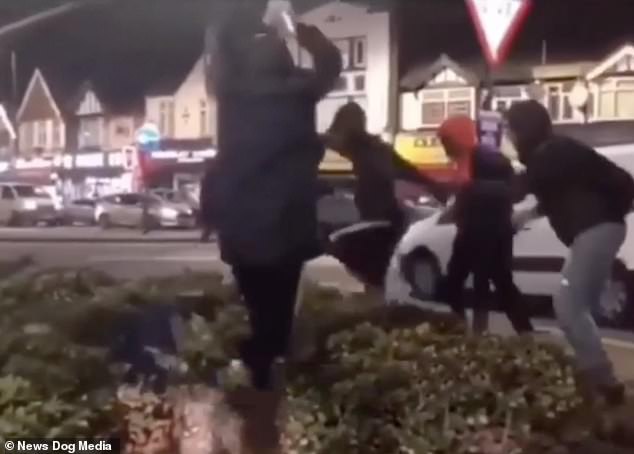 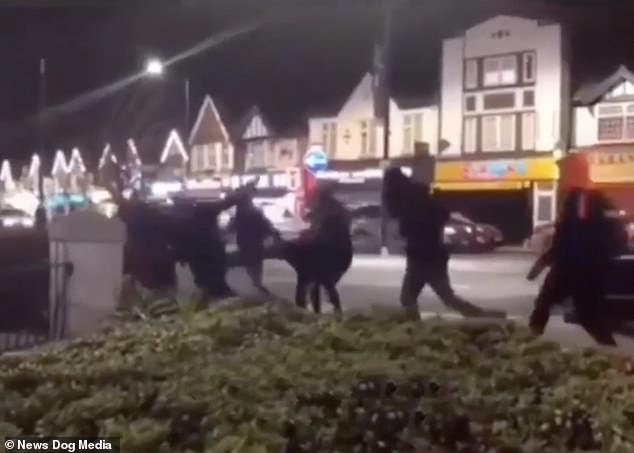 It’s not clear why and when the fight took place but the clip surfaced on social media this weekend.

Social media users have expressed their disgust at the violence in the video.

One wrote: ‘Shouting dead him, dead him and when he dies and they all get life under joint enterprise, they’ll be crying in jail #stoptheviolence’