Thug who ran over girlfriend, 24, TWICE fracturing her pelvis and ribs walks FREE as she says he should 'rot in jail'

A THUG who ran over his girlfriend twice fracturing her pelvis and ribs has walked free from court – as she said he should "rot in jail".

Courtney Allsopp, 24, suffered horrific multiple injuries including burns to her legs, a punctured lung, as well as a broken pelvis and ribs. 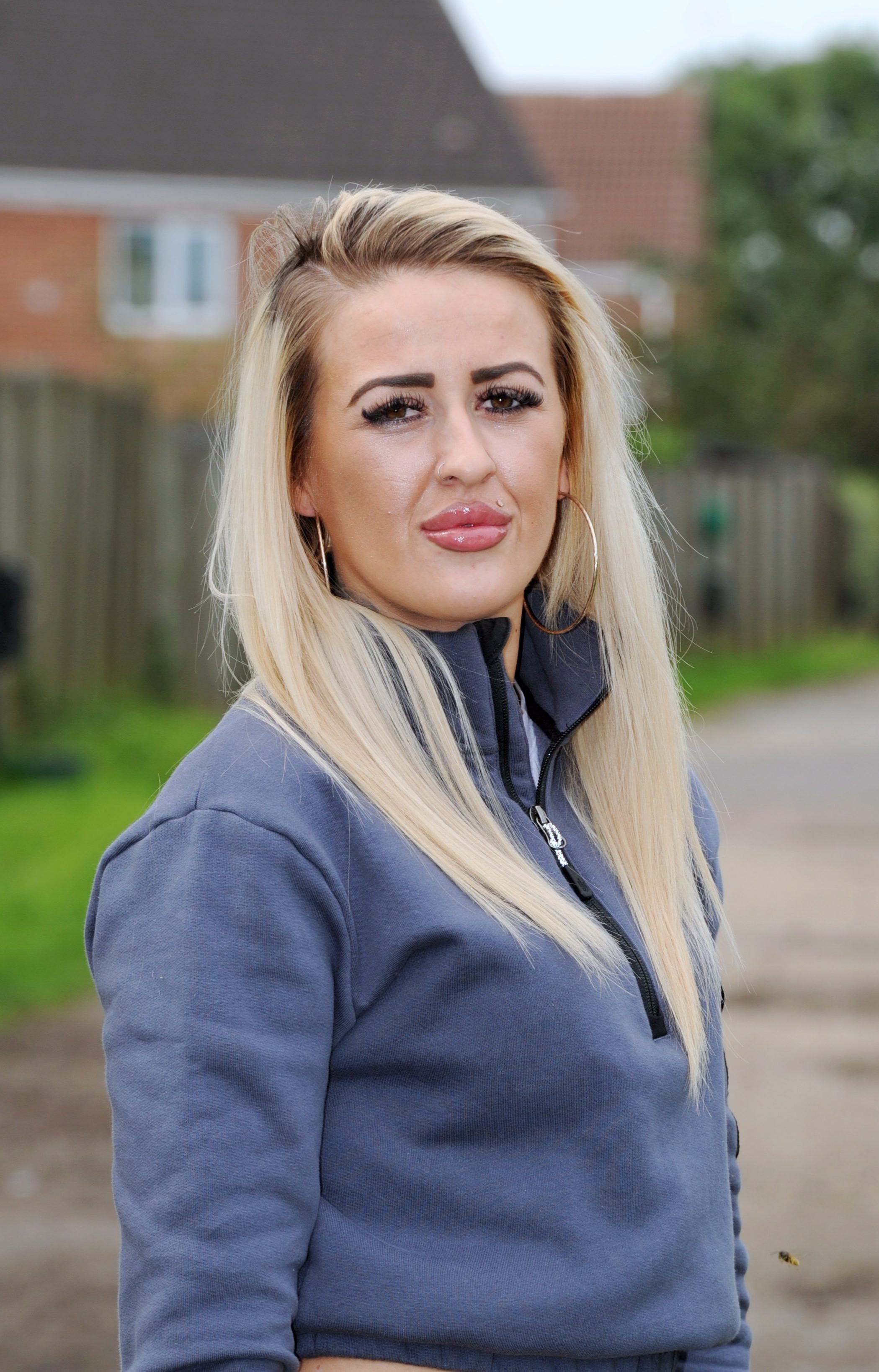 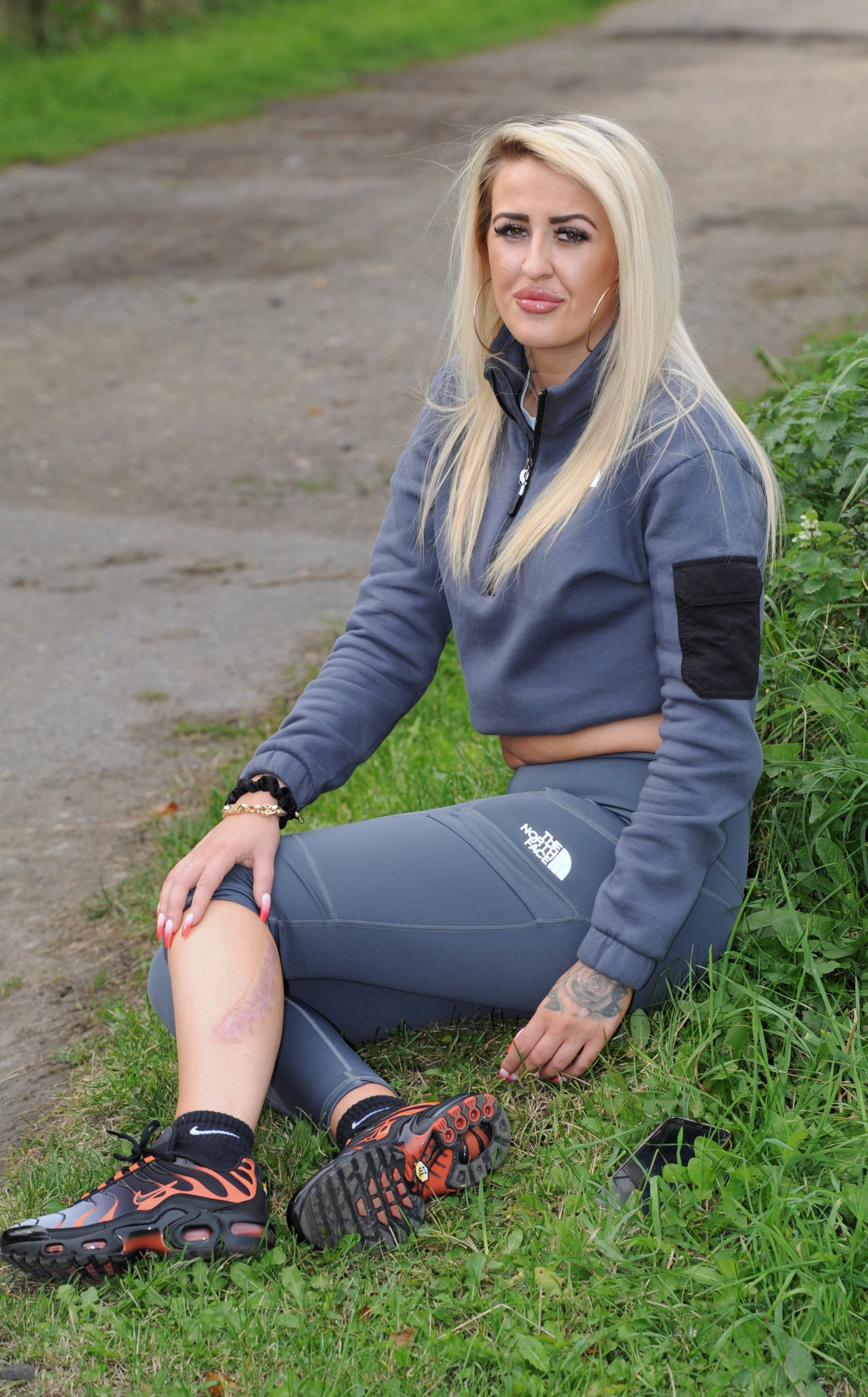 She spent nearly a week in hospital and had to use a wheelchair for a while as she recovered.

But Sean Atkinson, 29, who inflicted her devastating injuries, has walked free from court.

He attacked Courtney after she claimed she confronted him because she had been told he had cheated on her.

Atkinson leapt into his BMW 1 Series and reversed at her as they rowed in the street, knocking her down and then driving over her stricken body.

As she was trapped under the car in agony he leapt out, claimed he was sorry and said he was going to try and free her – but then drove over her a second time.

Atkinson admitted causing serious injury by dangerous driving and assault on a neighbour who was also hit by the car.

But incredibly he escaped with a suspended sentence after the judge gave him credit for a good work record and never getting into trouble before – even though he had been collared for possessing a lock knife and CS spray.

Furious Courtney said: “It's nowhere near harsh enough. He deserves to rot in jail for what he did.

"I thought he'd go to prison and was gutted when he walked free."

The couple had known each other for a while before becoming a couple in February last year.

Shop worker Courtney, of Sunderland, said: “Everything was great to begin with but he would get paranoid.

“He would check my phone and accuse me of cheating.

"He would get jealous even if I was walking in the street and said 'hi' to someone."

Their relationship hit the rocks in May last year when Courtney received a message from a pal telling her Atkinson had cheated on her.

She said: “The message I got said Sean had cheated on me.

"I confronted him and that's when the tables turned and he accused me of betraying him. I hadn't done anything of the sort.

“I was at my sister's house when he turned up unannounced at 6am.

"We were arguing in the street when he stormed off to his car and started reversing. He hit me and I grabbed hold of his window wipers and he kept going and knocked me over.

"He went over me with both wheels. Then, he drove forward and ran me over me again, this time with the front wheels.

“I couldn't feel anything, I thought my legs and feet had fallen off, they were numb.

"I had three fractures in my pelvis, two fractures to my pubic bone, a bone in my back and two ribs. I also had a punctured lung and a burn on my leg from the exhaust."

SupportLine is open Tuesday, Wednesday and Thursday from 6pm to 8pm on 01708 765200. The charity’s email support ­service is open weekdays and weekends during the crisis – [email protected]

Tony Cornberg, mitigating, said that what happened to Courtney was not a "deliberate act" but the "product of dangerous driving".

Nissan worker Atkinson, of Washington, Tyne and Wear, also pleaded guilty at Newcastle crown court to drug driving and possessing a lock knife, CS spray and cannabis in a separate incident in November 2019.

The judge told him: "You must have been aware Courtney Allsopp was very close to, if not immediately behind your vehicle but you reversed."

The judge said the jail term could be suspended as Atkinson had been on remand since June this year, had never been in trouble before, had a good prospect of rehabilitation and a positive employment history.

Sharon Bryan, of the National Centre for Domestic Violence, added: "We see these lenient sentences a lot.

"The judiciary system needs to be holding these abusive men to account.

"A sentence like this gives the message to men that it's okay to be violent and there's something very wrong with that.

"It's not a deterrent at all. It sends a message that violence is not punished.

"It can take a woman who suffers abuse five years to become herself again – that's a much longer sentence than he's got." 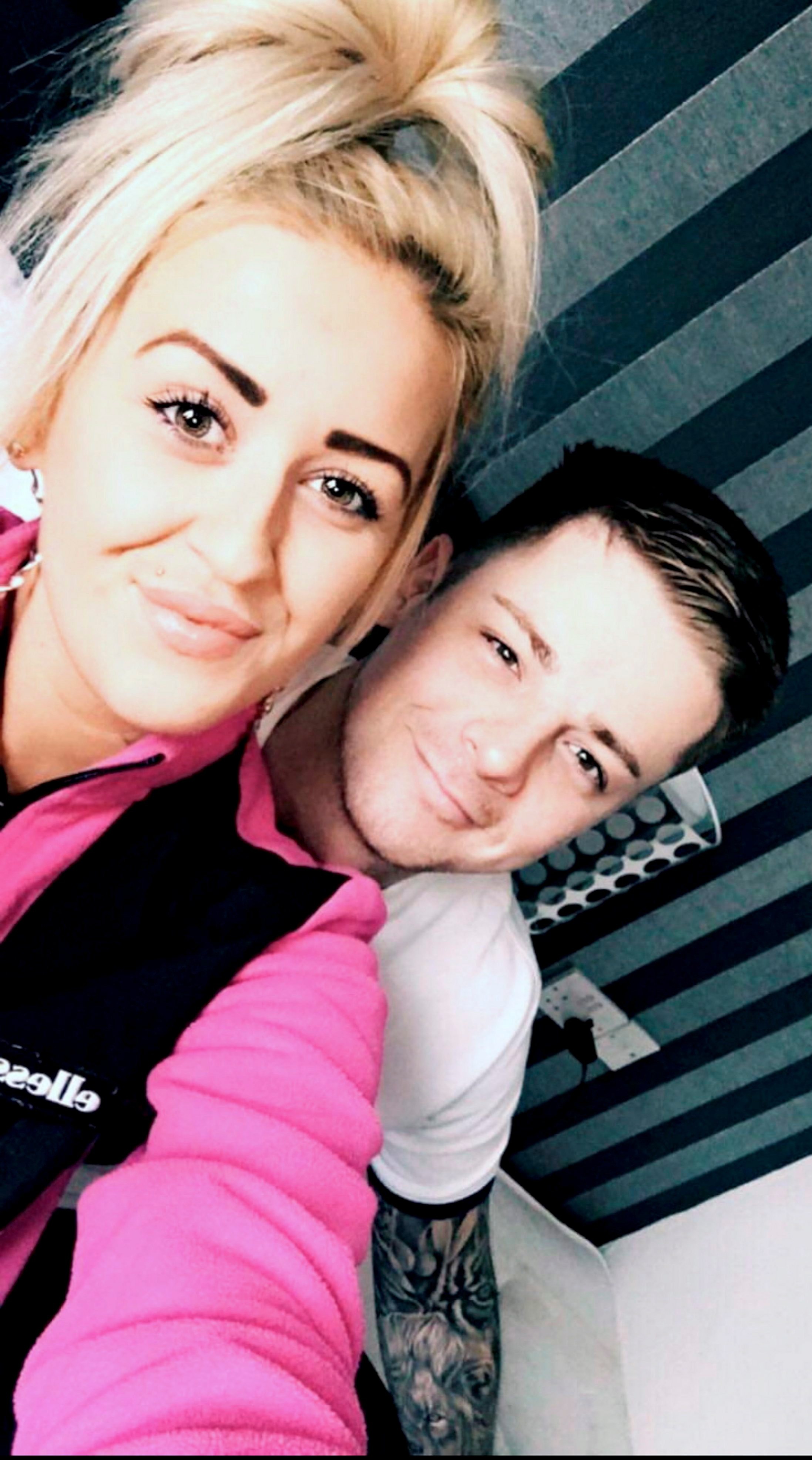 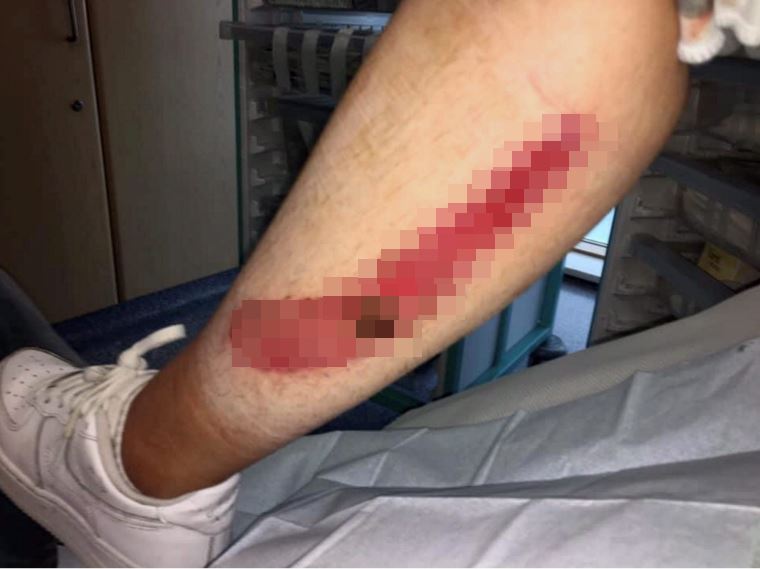 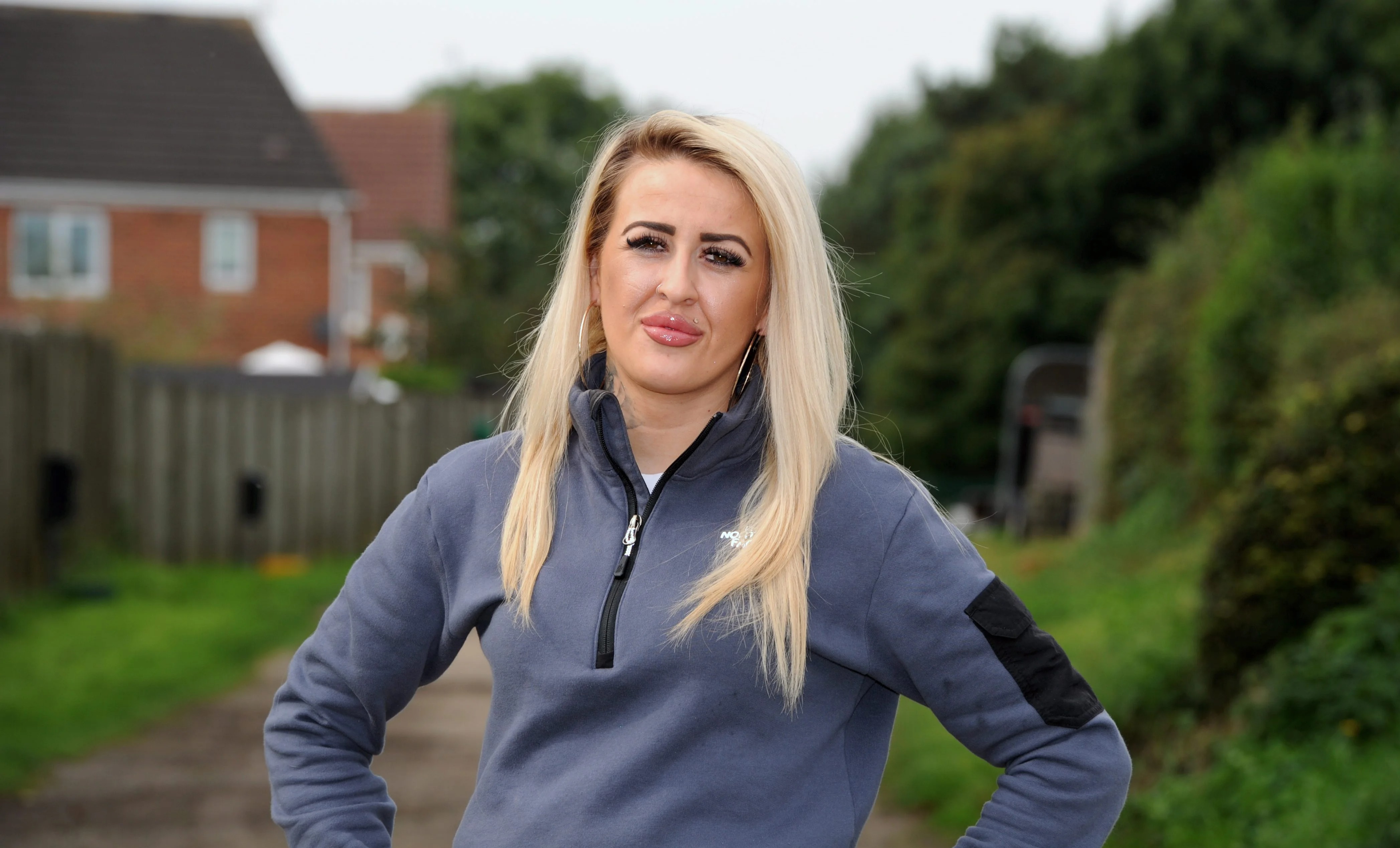