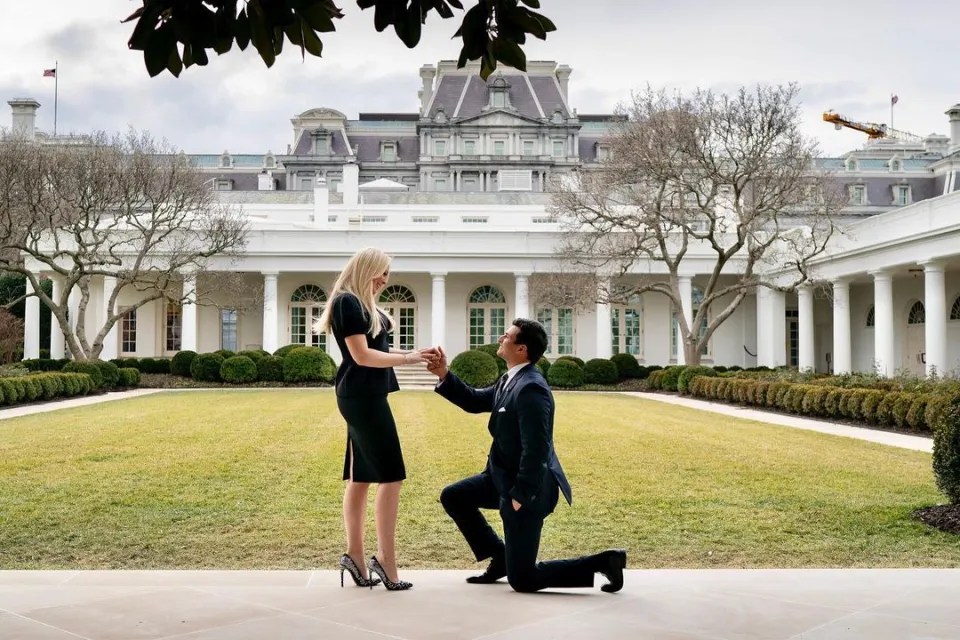 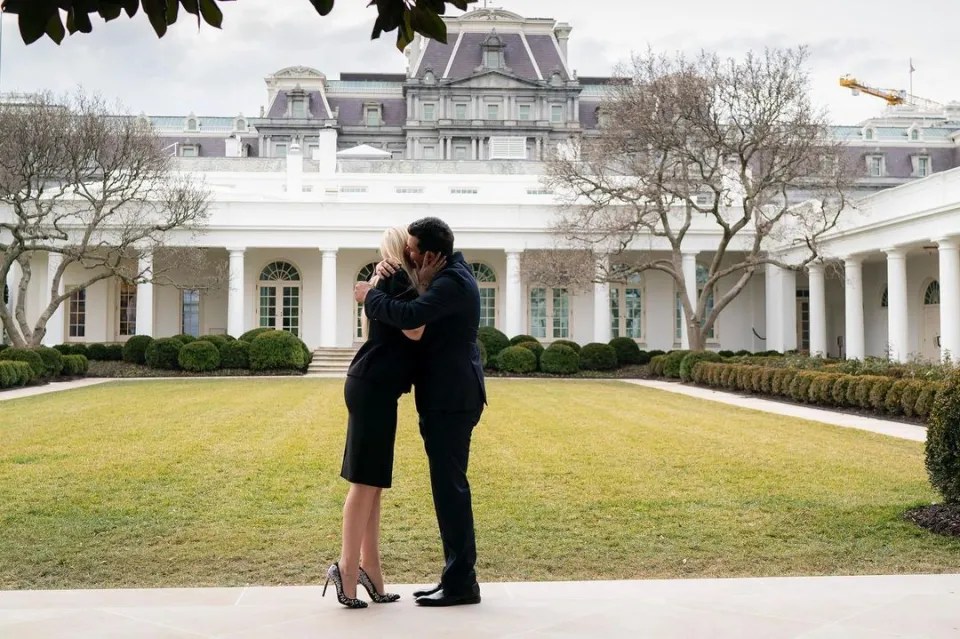 On Monday she shared unseen pictures from the proposal, writing: "One year down forever to go."

The pictures show Tiffany and Michael in the grounds of the White House before Trump left office.

MILESTONE AT THE WHITE HOUSE

Tiffany had shared images from her engagement last year.

"It has been an honor to celebrate many milestones, historic occasions and create memories with my family here at the White House, none more special than my engagement to my amazing fiancé Michael! " she wrote on Instagram, with an image of herself and Boulos.

"Feeling blessed and excited for the next chapter!"

Michael posted the same image to Instagram, writing  "Got engaged to the love of my life! Looking forward to our next chapter together."

Tiffany met the 23-year-old in Mykonos, Greece, in the summer of 2018 – less than a year after she split up from her college boyfriend Ross Mechanic.

It has been reported that they met at a party hosted by Lindsay Lohan, who owns a nightclub on the Greek island.

It came less than a year after Tiffany split from college boyfriend Ross Mechanic.

The couple were snapped for the first time when they attended the Taoray Wang runway show during New York Fashion Week in September 2018.

Tiffany then introduced her younger partner to the Trump family during Thanksgiving in Mar-a-Lago, Florida, later that year.

In December 2019, Michael brought his parents to a White House Christmas party that was hosted by Donald Trump.

In February 2020, the couple attended President Trump's State of the Union address.

The couple may even host two weddings, according to Page Six.

“Tiffany has been waiting to plan a very big wedding,” a source told the publication.

“This is truly going to be the big, glamorous, dream wedding,” they added.

“There might even be two weddings if his friends and family can’t attend a ceremony in the US because of COVID protocols.”

Boulos grew up in Lagos, Nigeria, where he attended and graduated from the American International School of Lagos.

It was reported last year that he has an estimated net worth of $20million. 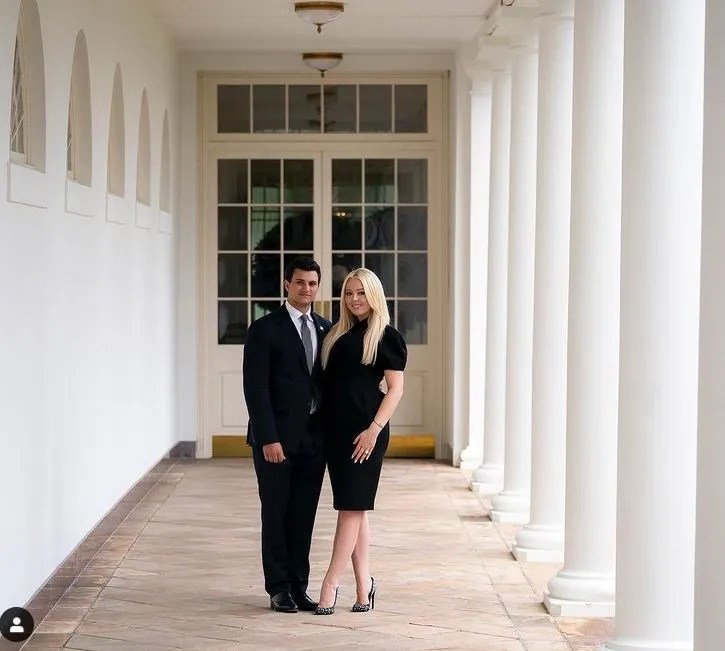 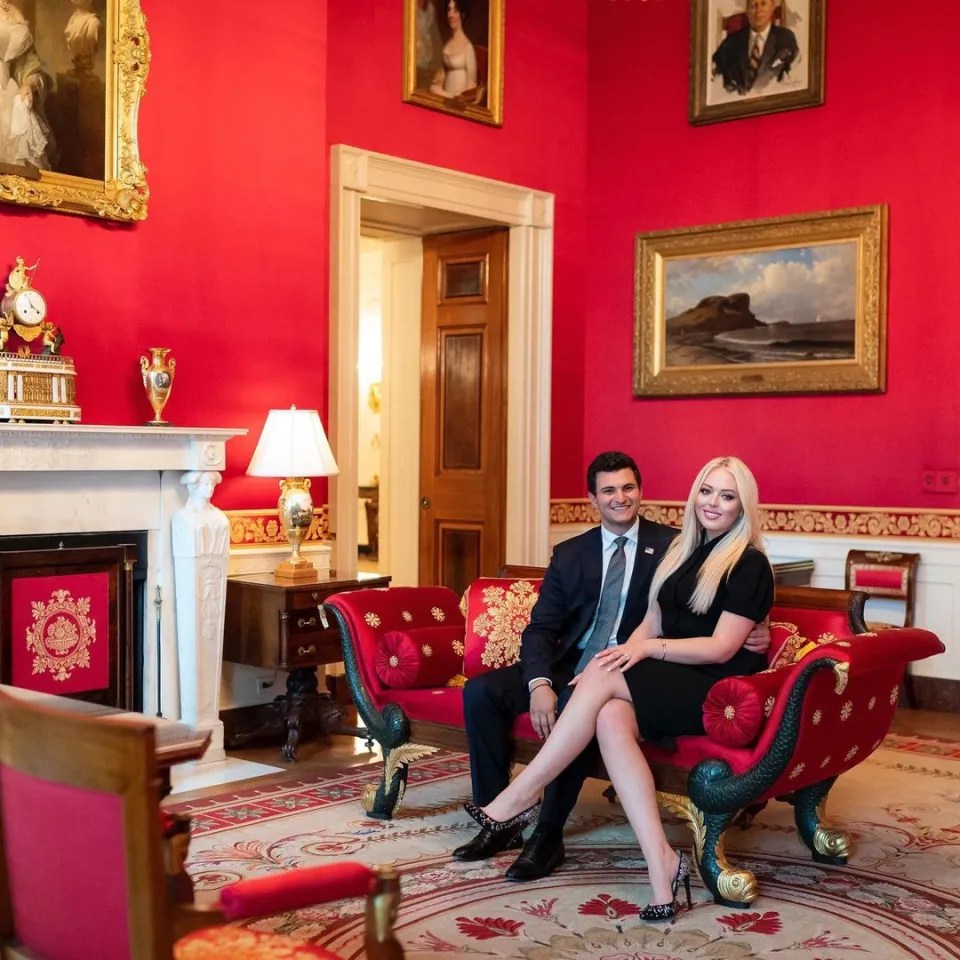