SHOCKING images show a tiger shark tangled-up with a ‘noose’ around its neck in Hawaii.

The unlucky shark has a circle of thick rope around its neck, sinking into its skin. 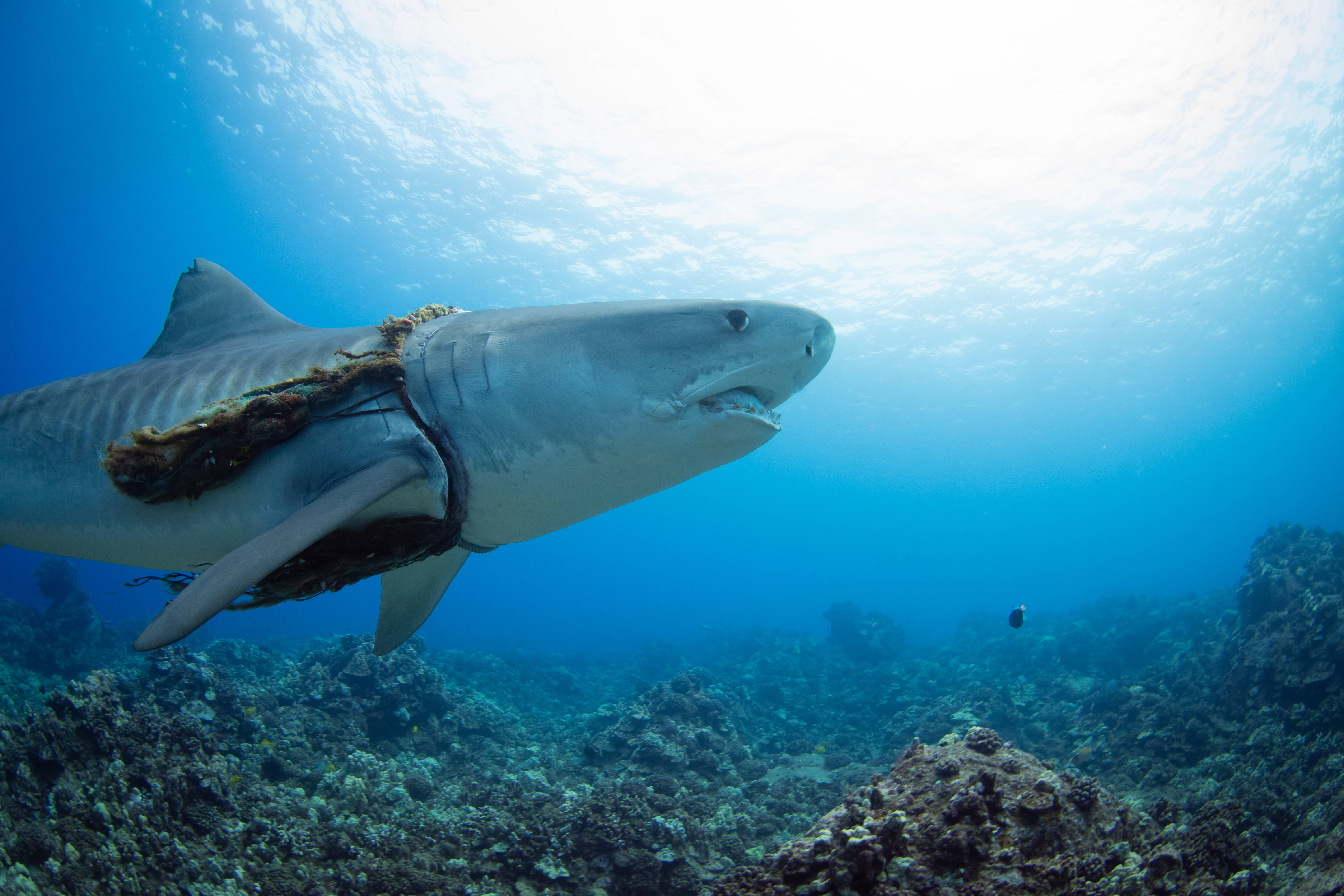 In one of the heart-breaking snaps,  the 1,400-pound tiger looks at the camera as if it’s asking for help.

In another painful image, the shark’s right-side fin looks about to be displaced as the rope is pushing the joint away from the body.

Jason spotted the tangled-up shark just a few feet away from where he was and immediately tried to rescue it.

He tried to remove the rope but unfortunately, he wasn’t able to do so without the right tools.

He returned to the same spot the following day, determined to free the animal but the shark was nowhere to be seen.

The images highlight the devastating effect ocean pollution has on marine life with 17-billion pounds of plastic being dumped in the ocean every year. 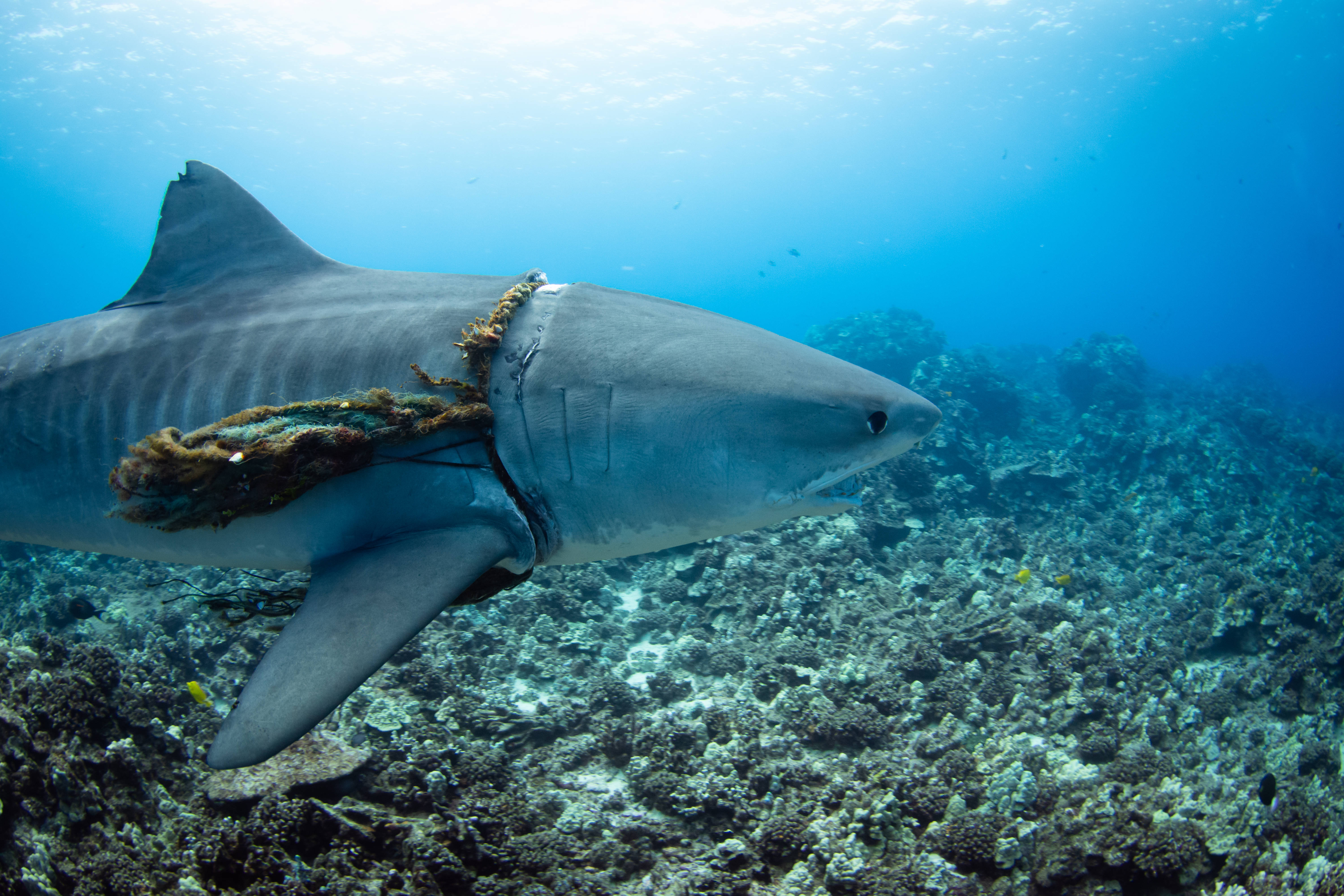 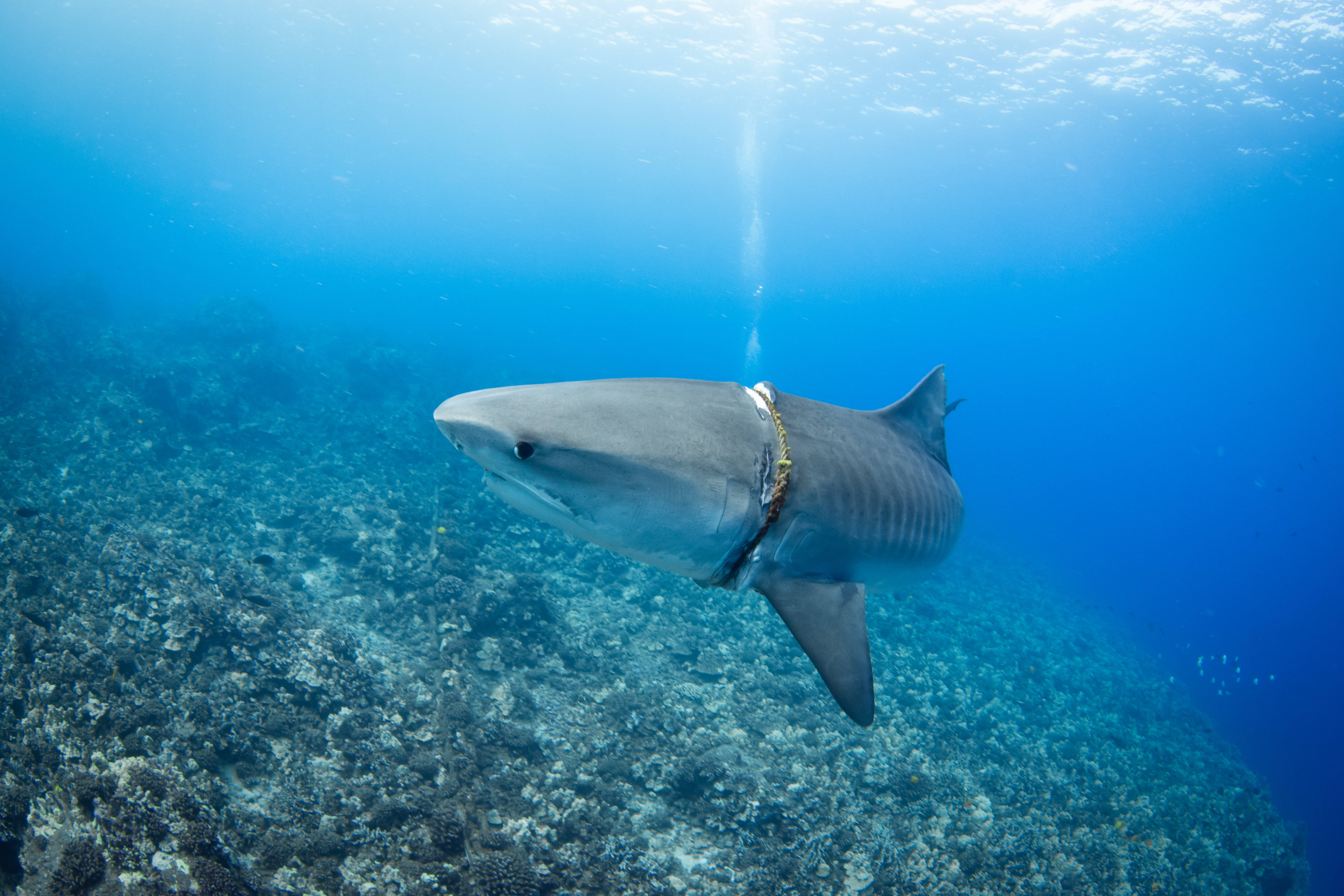