Toddler dies after being found in water off Bellarine Peninsula

A toddler has died after she was found in water off the Victorian Bellarine Peninsula on Thursday.

Emergency services were called to a pier off The Esplanade in Portarlington about 1pm to investigate reports that a two-year-old girl was missing. 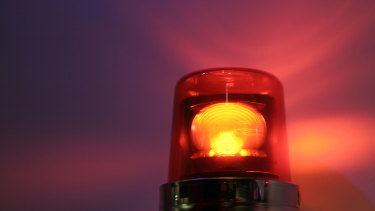 A two-year-old child has been pulled from the water near a pier in Portarlington.Credit:The Age

The child was found in the water unresponsive.

"Police commenced CPR on the child till ambulance crews arrived but unfortunately she died at the scene," a spokesman said.

Police will prepare a report for the coroner.