He was reportedly working on a new book, collecting notes for a new work, before he died in hospital. 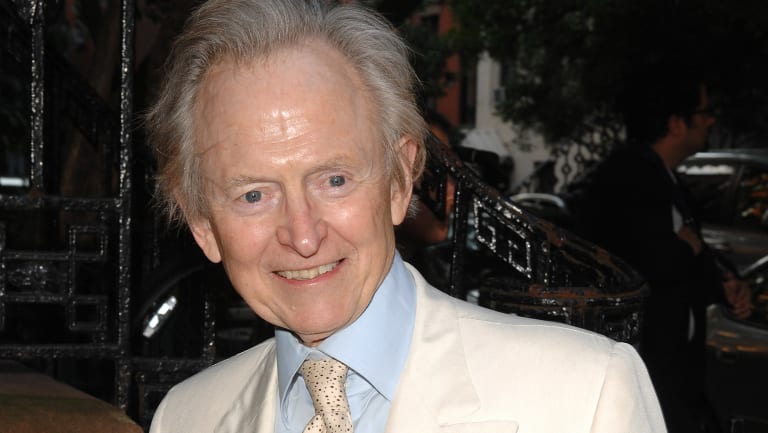 Tom Wolfe arrives to a special screening of “Gonzo: The Life and Work of Dr. Hunter S. Thompson” in New York. in 2008.

Tributes poured in on Wednesday for the man who wrote The Bonfire of the Vanities, The Right Stuff and The Electric Kool-Aid Acid Test.

Born in 1931 in Virginia, Wolfe worked as a reporter for The Washington Post and later the New York Herald Tribune, where he eschewed the traditional style of newspaper writing.

He championed the use of unconventional techniques such as "saturation reporting'" which involves the writer shadowing the subject over a long period of time. Known for his white suits and fierce wit, Wolfe was the creator of "New Journalism", a style pioneered in the 1960s and 1970s which emphasised "truth" over facts.

In 2016, he told London's Telegraph: "I think young people today probably look back on that period in the sixties in much the same way as I look back on the 1890s, but it was a very wild time."

Lynn Nesbit, his longtime agent, told The Wall Street Journal: "He is not just an American icon, but he had a huge international literary reputation."

"He was one of the most modest and kindest people I have ever met. I never exchanged a cross word with him in our many years of working together."

The topic of the book he was working on before his death is not known. But Alexandra Wolfe, his daughter, said "he never takes vacations, he never stops working."

She disclosed that, before her wedding three months ago – thought to be his last public appearance – she had asked him if he would wear his trademark white suit, but he replied: "No, you can wear white. It's your day."