The Tories risk becoming seen as ‘the nasty party’ once more if Chancellor Rishi Sunak axes a £20 increase in Universal Credit, the Government’s former homelessness adviser has warned.

Dame Louise Casey said that if the increase is withdrawn at the end of March as planned it would be ‘too punitive’ for families struggling during the coronavirus pandemic.

They include a number of the so-called ‘red wall’ Tories who captured a series of Labour strongholds in the North and Midlands as Boris Johnson swept to victory in the 2019 general election.

They have argued that with lockdown restrictions required for far longer than was originally envisaged, people need continuing support while the economy begins to recover.

In a BBC interview, the crossbench peer said that while she understood his reluctance to say his ‘chequebook is forever open’, he needed to consider the effect it would have on people’s lives.

‘They need to step back and think if we really want to rebuild Britain, what type of economic policy do we need to put in place that will … not take the knees out from under people.

‘To remove that £20 a week – it’s too punitive, it’s not the right thing to do, and I think they just go back to being the nasty party.’

The ‘nasty party’ jibe was first used by Theresa May in 2002, when she told the Conservative Party it needed to modernise and reform to lose its negative image. 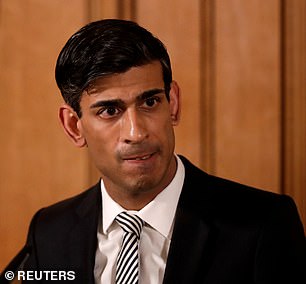 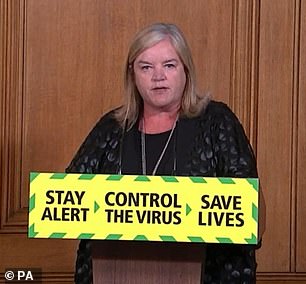 Baroness Louise Casey (right) said that if the increase is withdrawn by Rishi Sunak (left) at the end of March as planned it would be ‘too punitive’ for families struggling during the coronavirus pandemic. 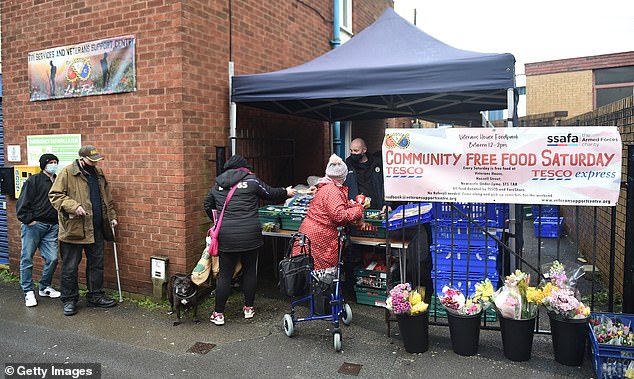 Some Tory MPs have argued that with lockdown restrictions required for far longer than was originally envisaged, people need continuing support while the economy begins to recover

Dame Louise was appointed by Mr Johnson and Housing Secretary Robert Jenrick last February to lead a review into rough sleeping, and took part in a Government coronavirus press conference in May.

But she stepped down in August after taking a seat in the House of Lords, where she sits as a crossbencher.

On Monday, six Conservative MPs defied the party whips to vote for a symbolic Labour motion calling for the increase to be retained.

Mr Sunak, however, is reported to be deeply reluctant as he seeks to begin to repair the damage caused to the public finances by the pandemic.

Dame Louise said the country had been ‘torn to shreds’ by the pandemic and called on ministers to draw up plans to deal with the fallout.

‘The wounds it’s inflicted on the country are far deeper and greater than anything I’ve ever seen in my lifetime in terms of ordinary folk having to claim Universal Credit, ordinary people having to turn to food banks, ordinary people becoming homeless,’ she said.

‘I think we will need to have a big plan to deal with the wounds inflicted by this pandemic once everybody’s vaccinated.

‘And I think the Government needs to turn its attention to that now, and not leave it until the summer.’

Labour’s shadow work and pensions secretary Jonathan Reynolds said: ‘The Government needs to take this warning from its own former adviser seriously and do the right thing for family incomes.

‘Britain is facing the worst recession of any major economy because of the Government’s incompetence and indecision. The Chancellor should support families and secure our economy by cancelling this cut.’

The PM, Chancellor and Work and Pensions Secretary Therese Coffey held a meeting last Friday to discuss what to do about the £20 weekly rise after it is scheduled to end.

The options included extending the benefit, introducing a one-off payment of £500 to families, or tapering off the support.