Tornadoes ‘kill seven and hurt dozens’ in Oklahoma, Texas and Louisiana as cars blown off road – The Sun

AT least seven people have died, and dozens others were reportedly injured after apparent tornadoes swept across the southern plains.

Some homes were destroyed, as strong winds downed power lines, knocked trees over, and blew cars off the road in storms that hit Louisiana, Texas, Oklahoma, and Mississippi. 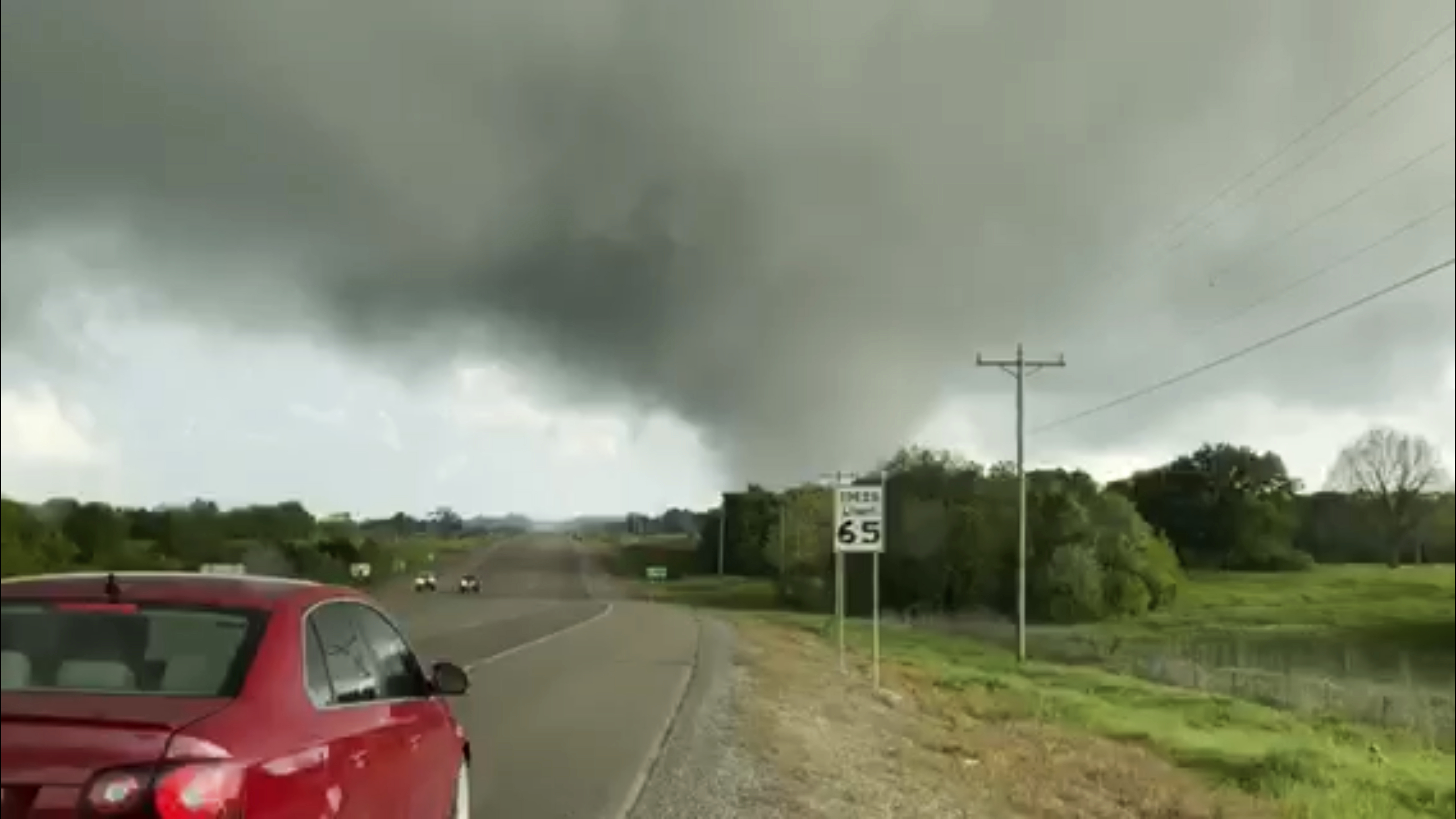 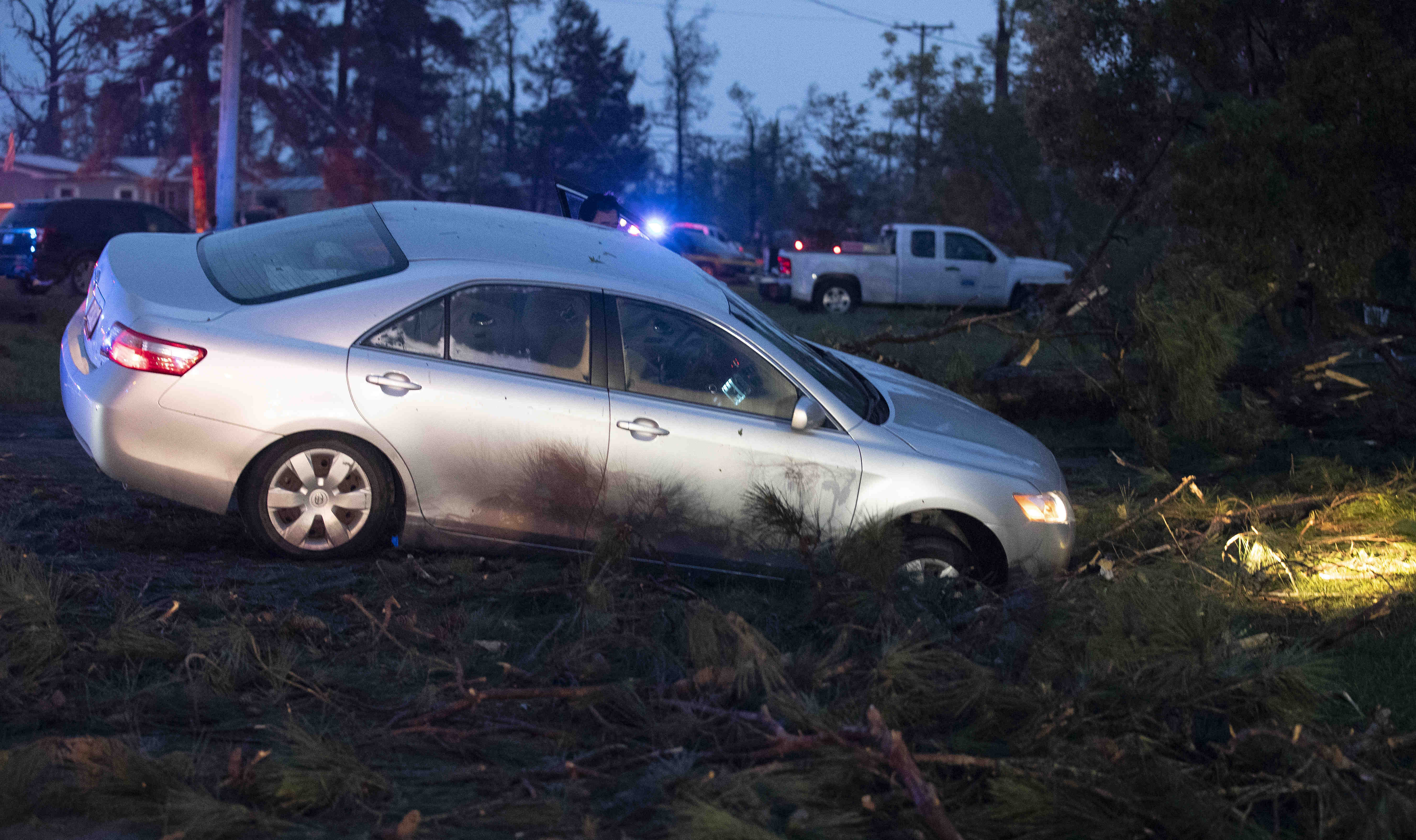 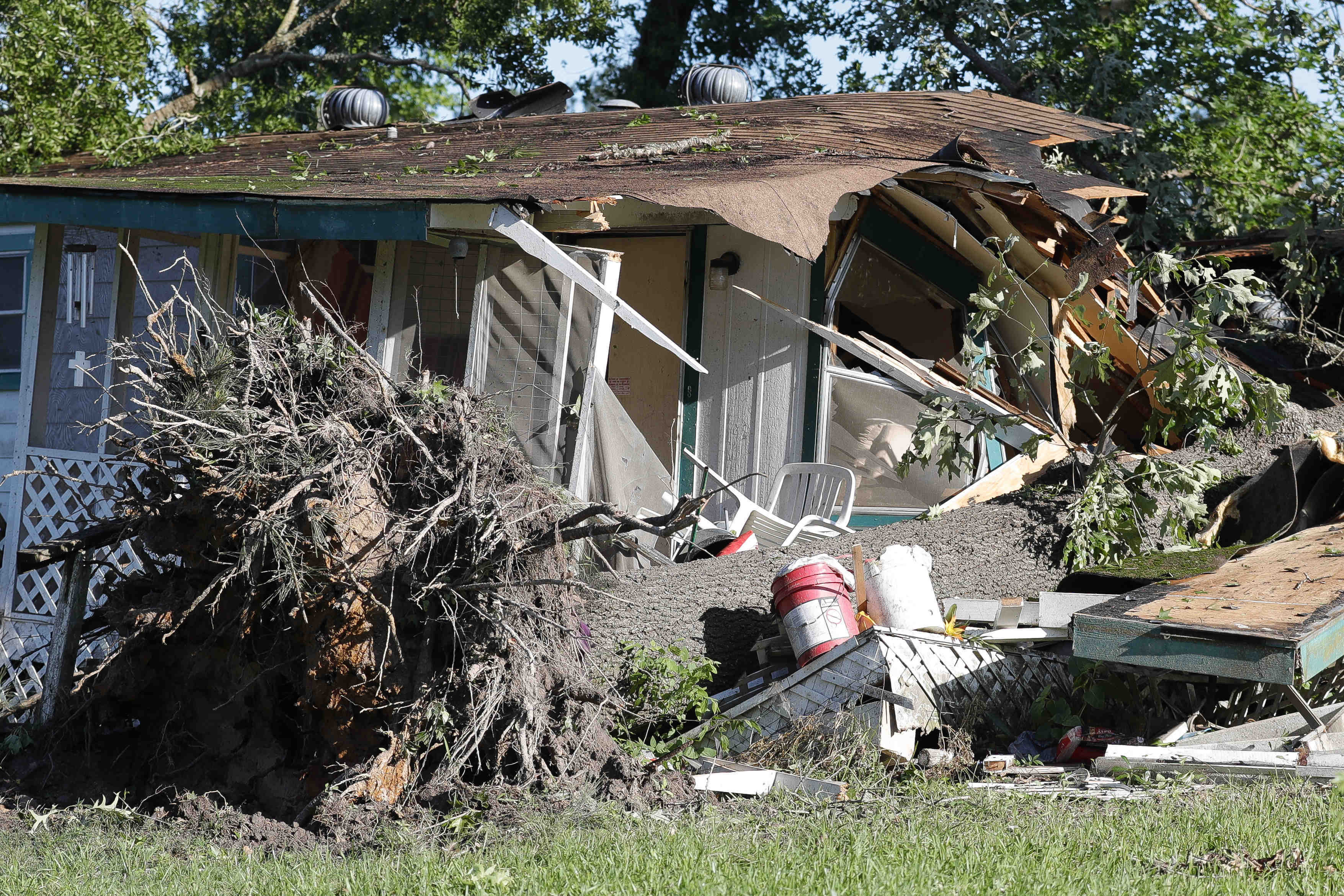 Storms hit Wednesday night and into Thursday morning – and were expected to move across the South through the day, the National Weather Service said.

At least three people in Texas died, and 30 others were injured after an apparent tornado touched down in southeast Texas on Wednesday, according to a statement from the governor and a Polk County judge.

"Last night's tornado caused significant damage and led to tragic loss of life within these communities and our hearts continue to be with Texans affected by these devastating storms," Gov. Greg Abbott and Polk County Judge Sydney Murphy said in a joint statement.

Pictures showed homes in Texas were left damaged in the storms.

A tree in Onalaska crushed a house when it was uprooted.

Another home was ripped apart, and the interior was completely exposed to the outside after the storms swept through, pictures show. 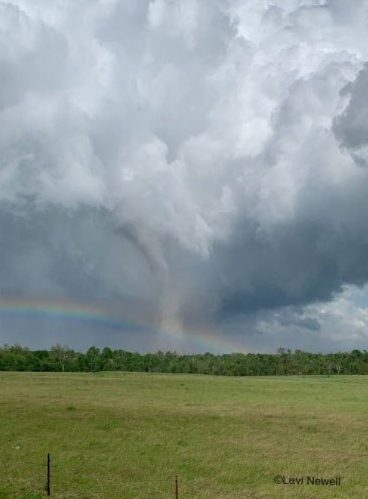 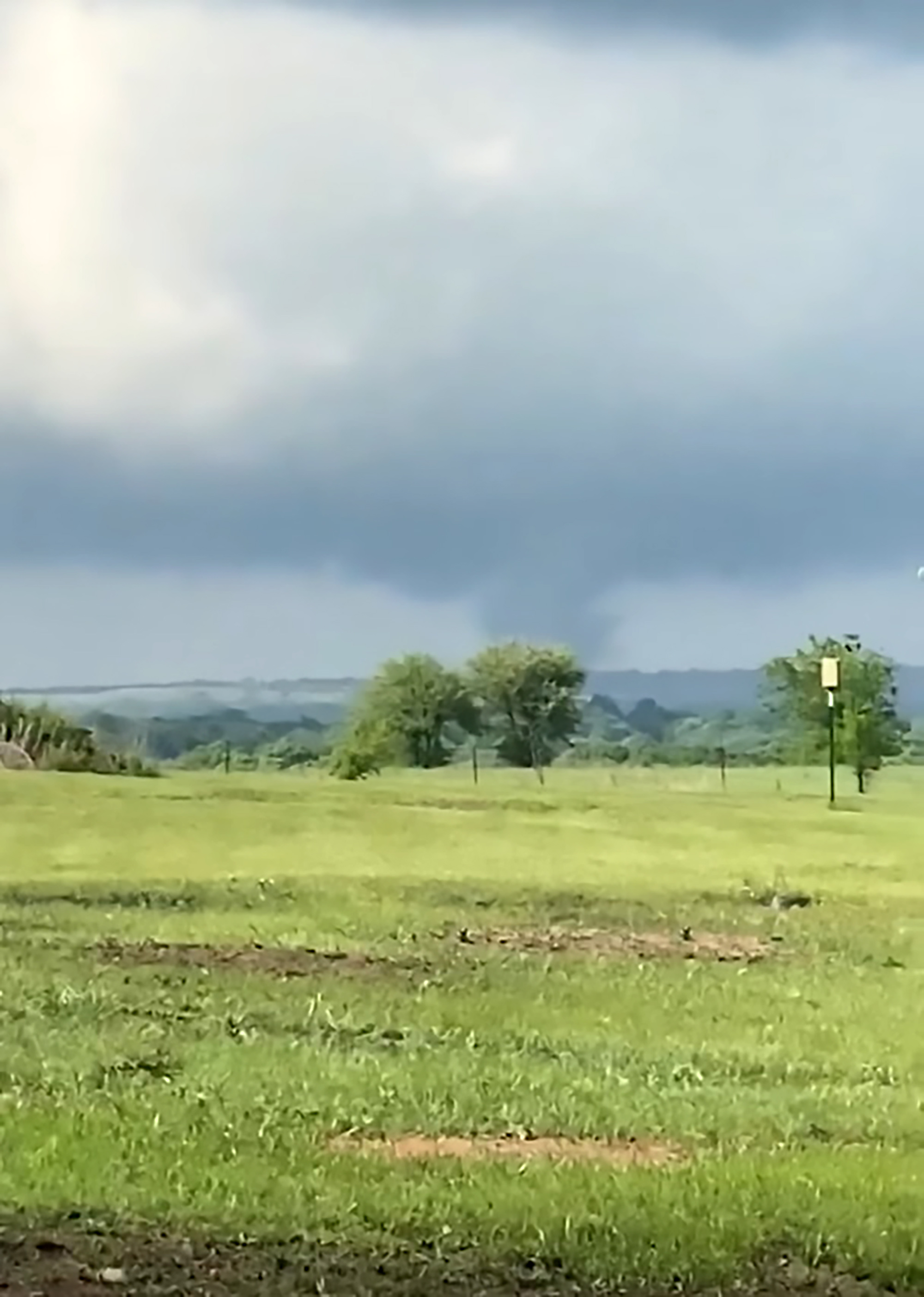 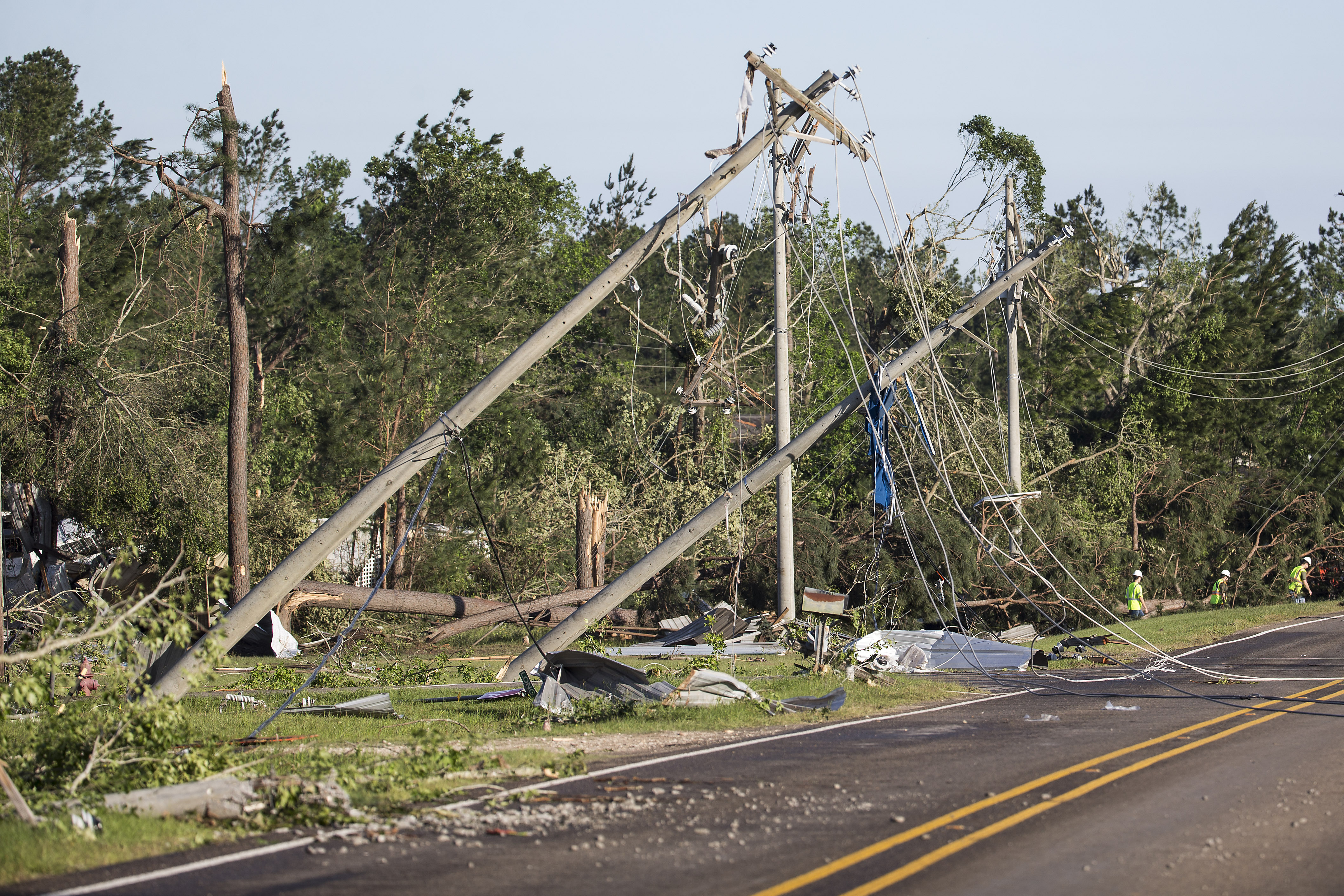 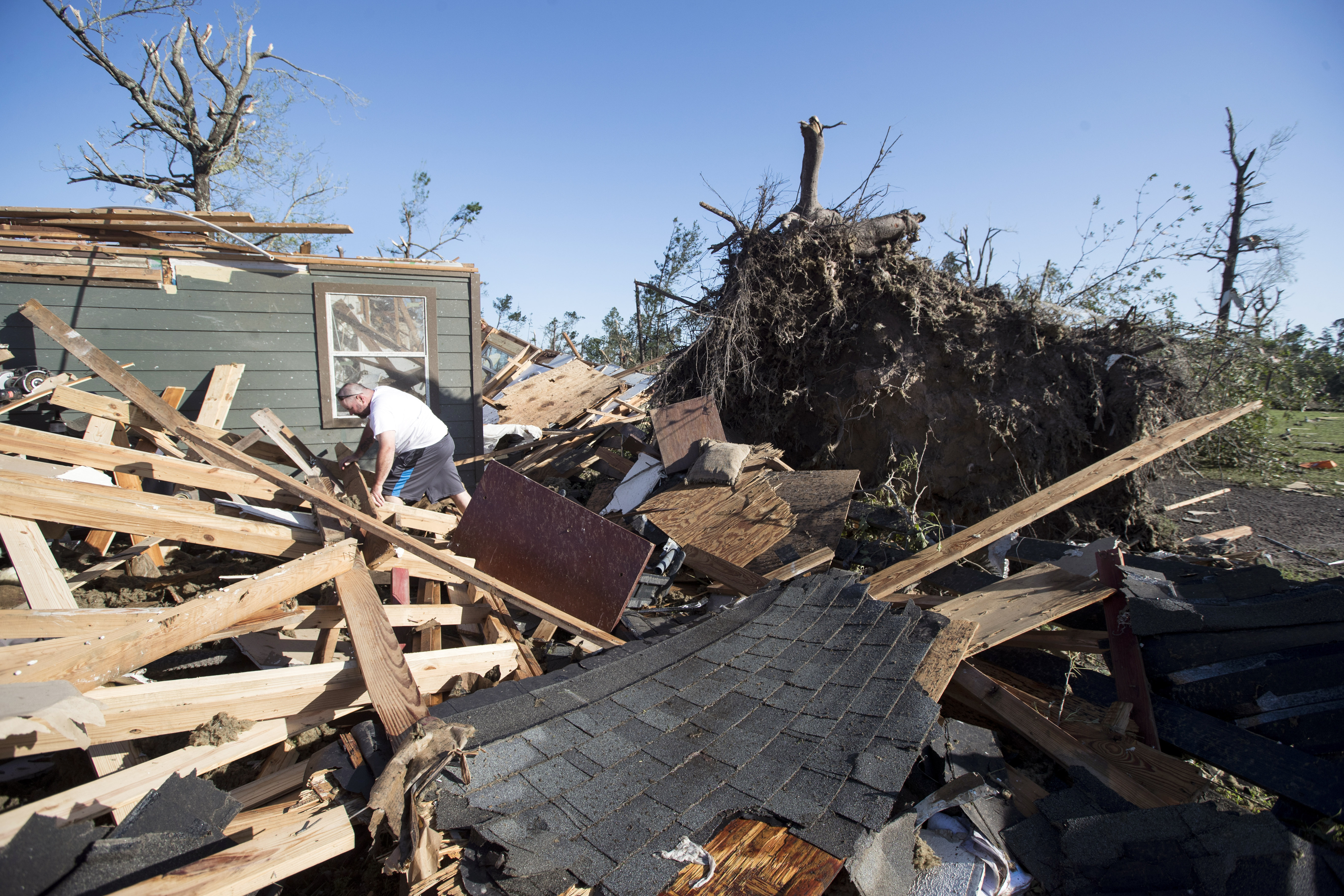 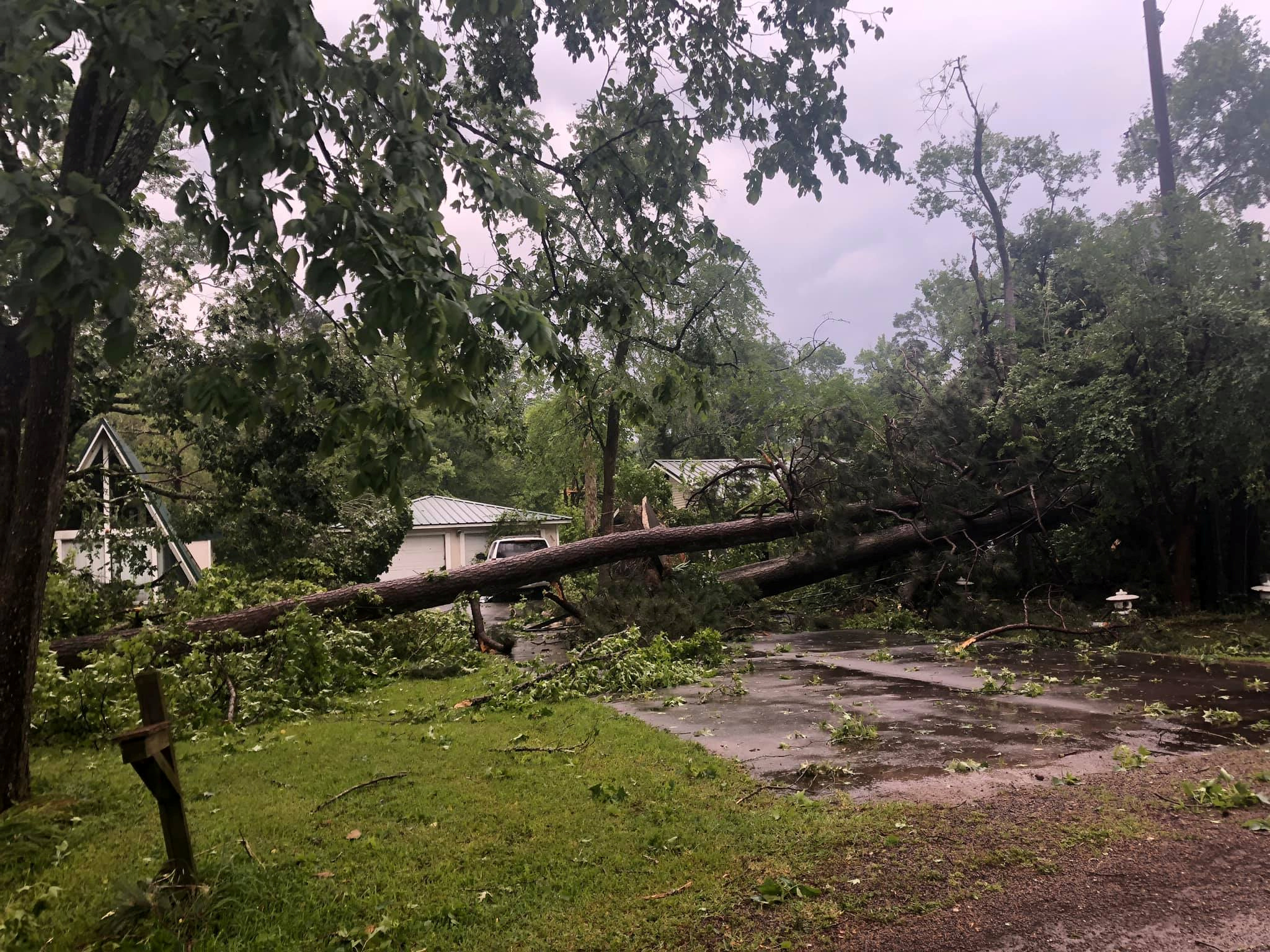 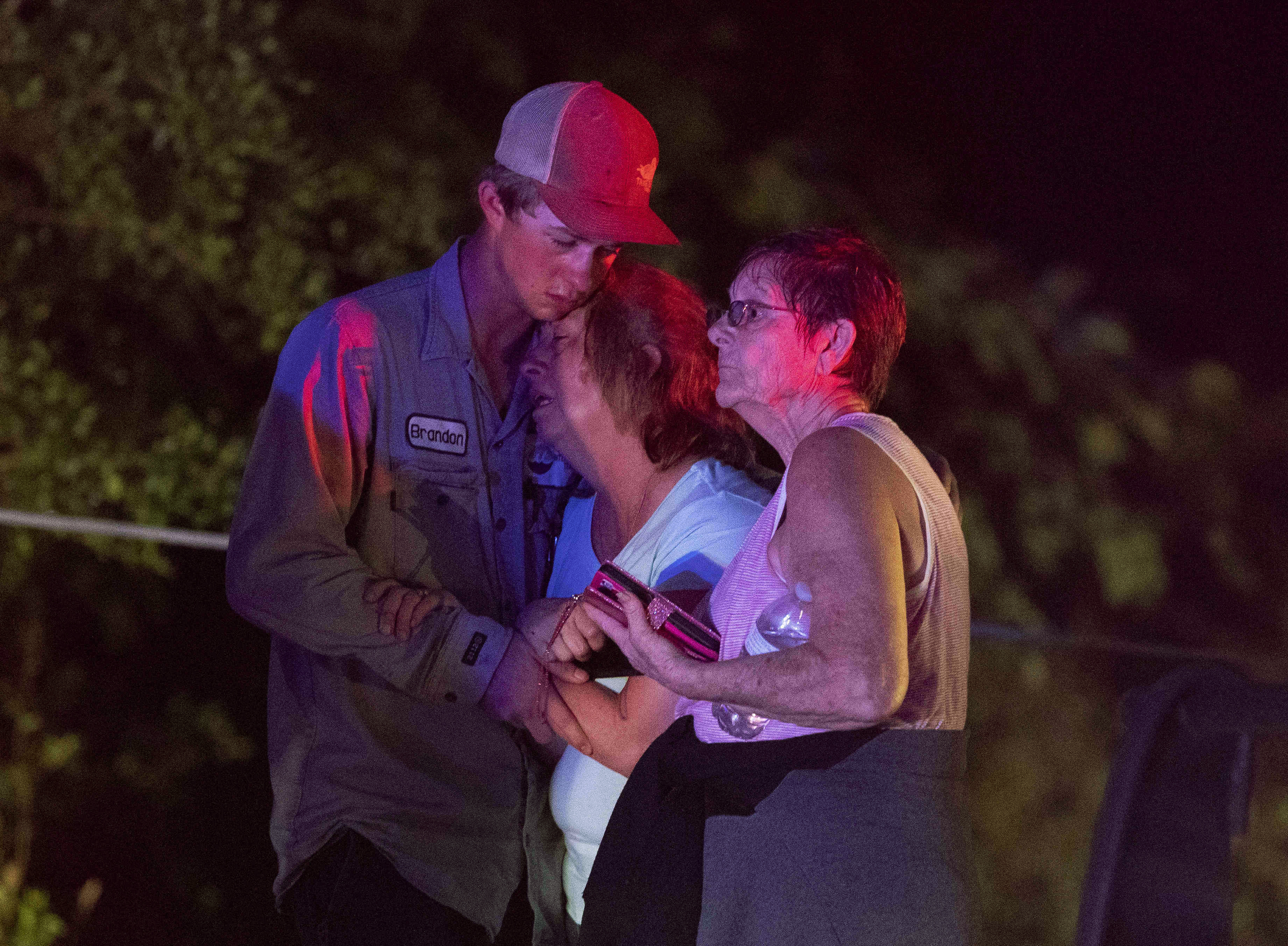 Other pictures showed power lines were downed in the blustering winds.

Teams from the National Weather Service will now work to determine how many of the storms across the southern plains were tornadoes.

Pictures in Oklahoma show funnel clouds forming above the land.

One picture shows a rainbow shining in front of a massive funnel cloud that was forming near Madill, Oklahoma.

At least one person was reported dead by Oklahoma Highway patrol, the state's Emergency Management Service said in a statement.

Chad L. Weyant, 46, of Madill was found dead in a median, as his car was found in a nearby field, the Highway Patrol said in a report. 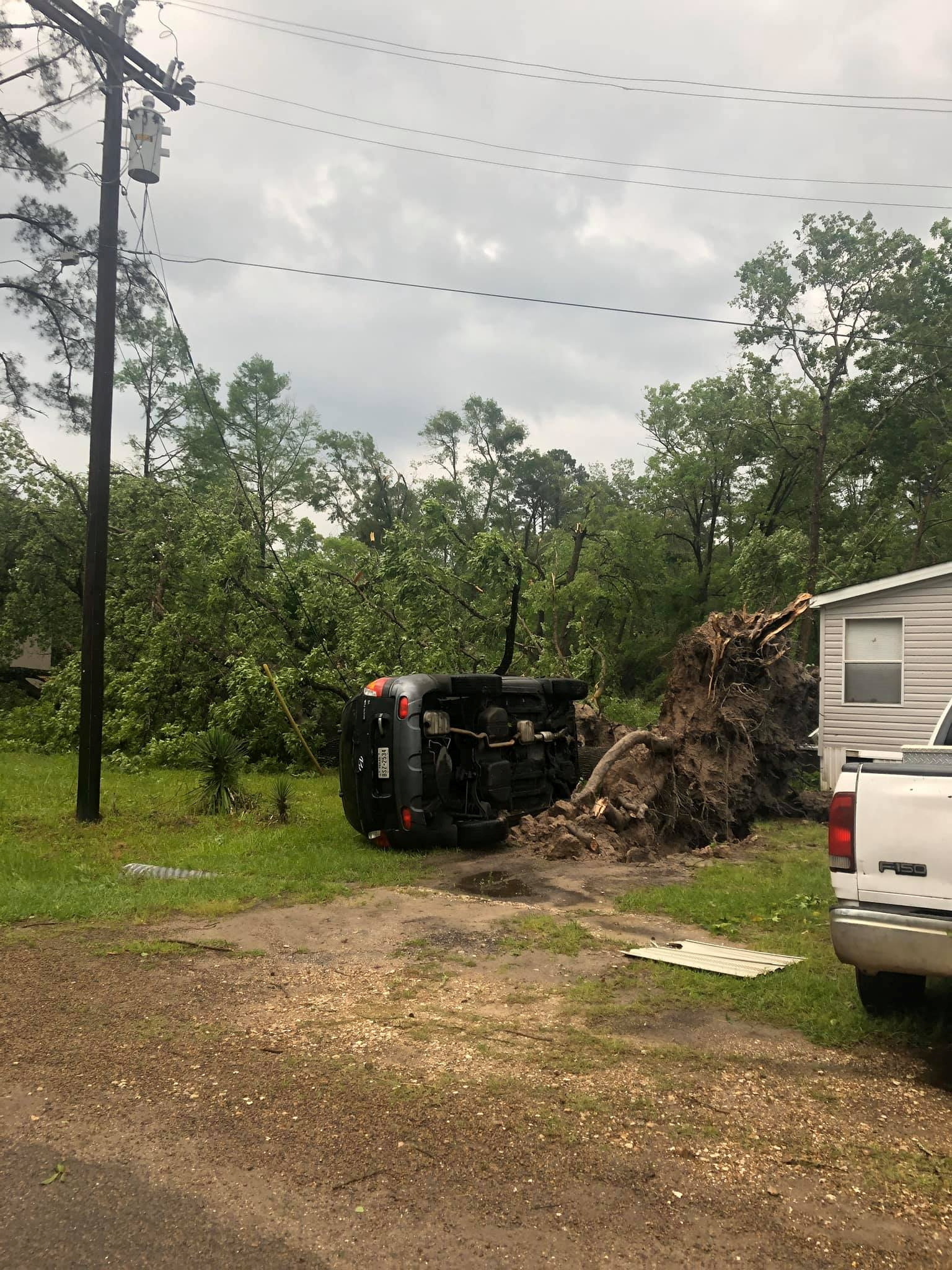 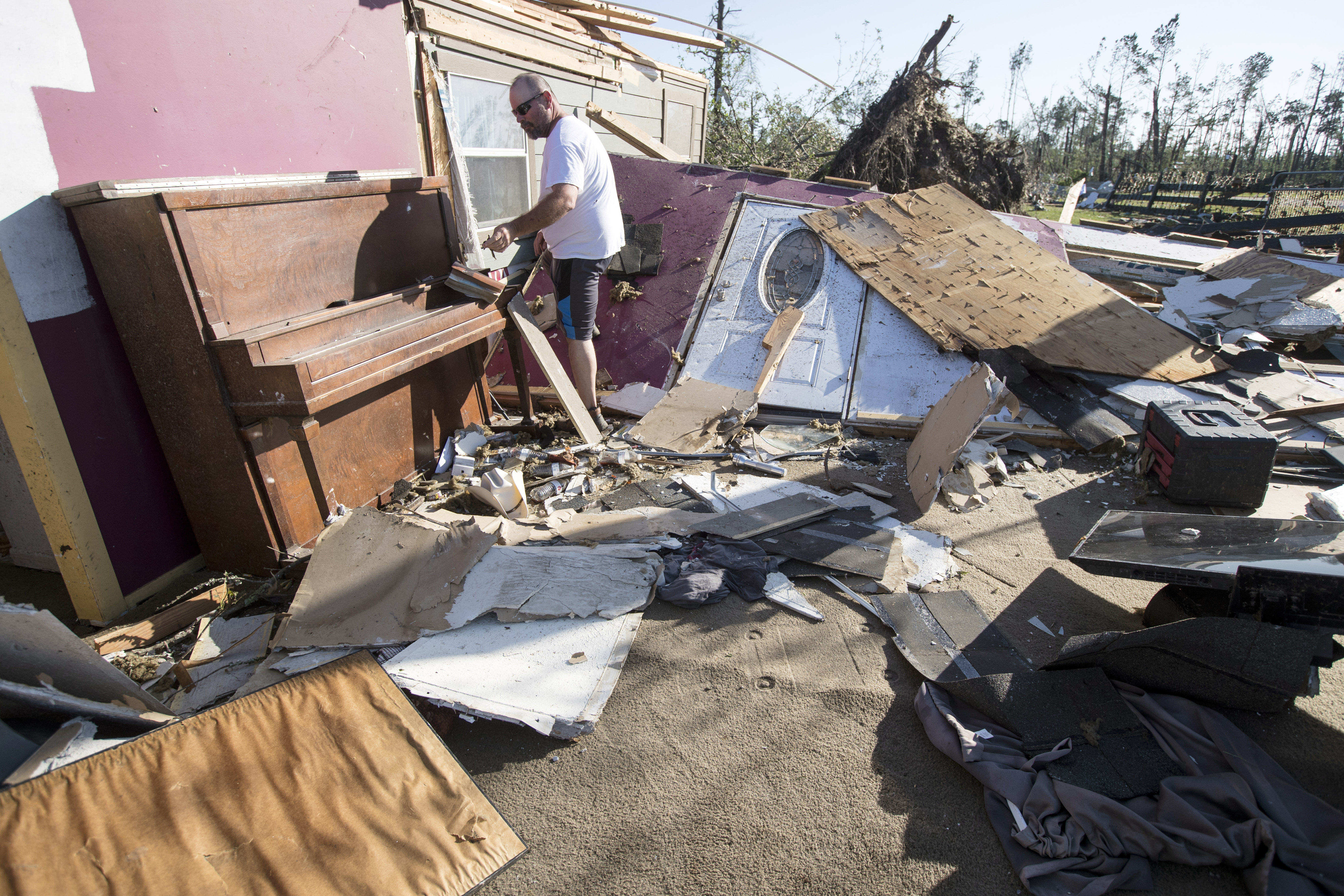 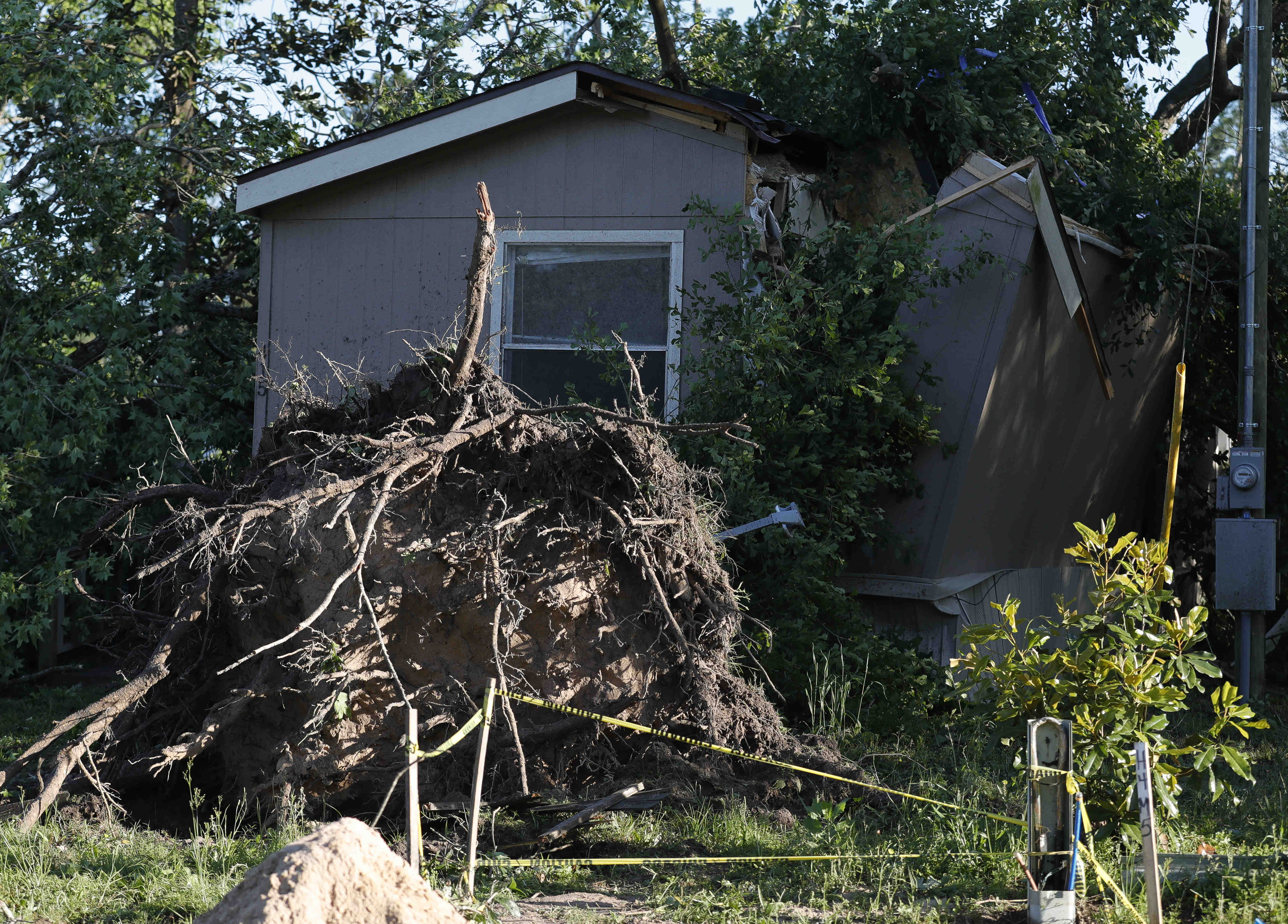 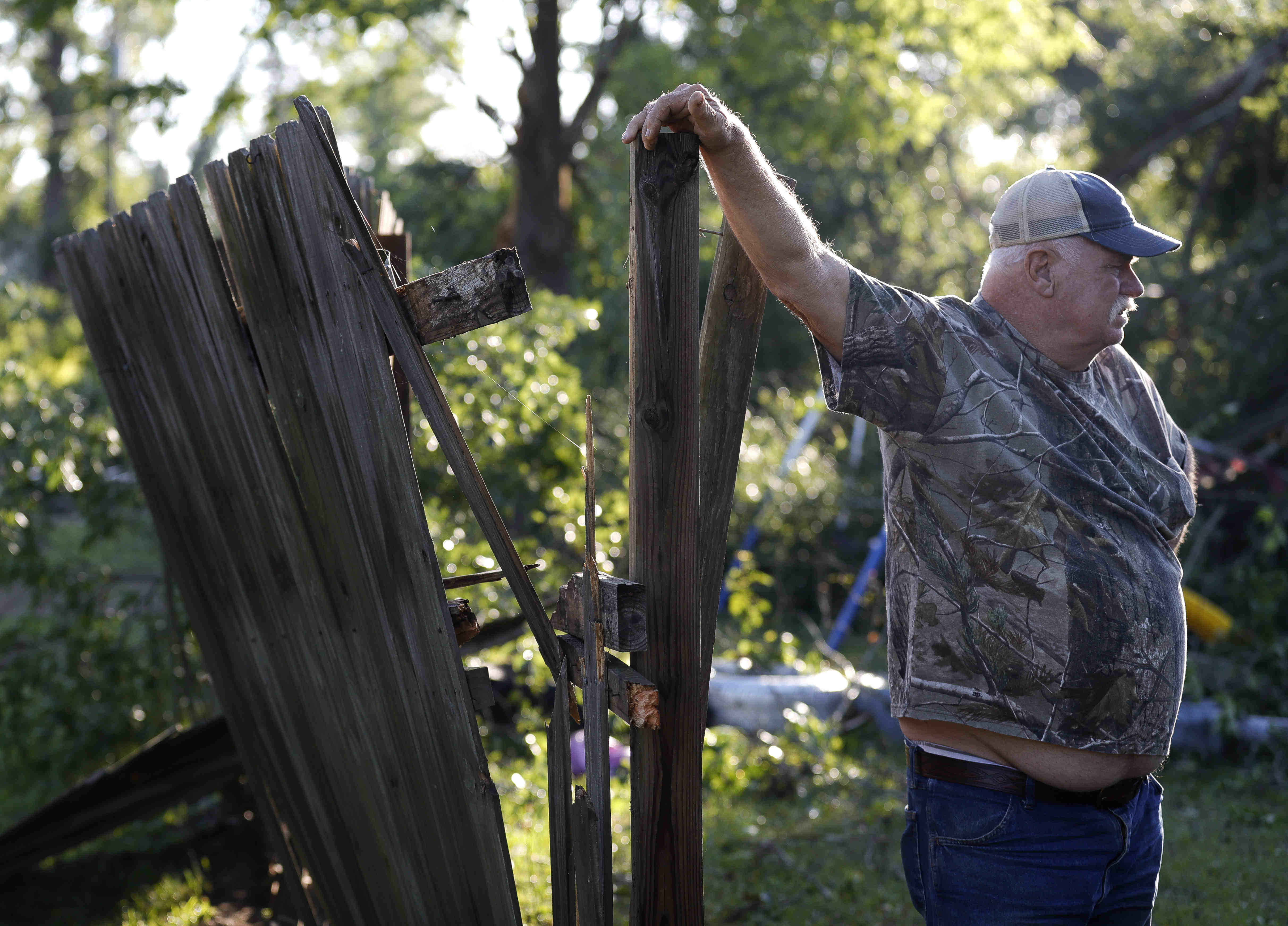 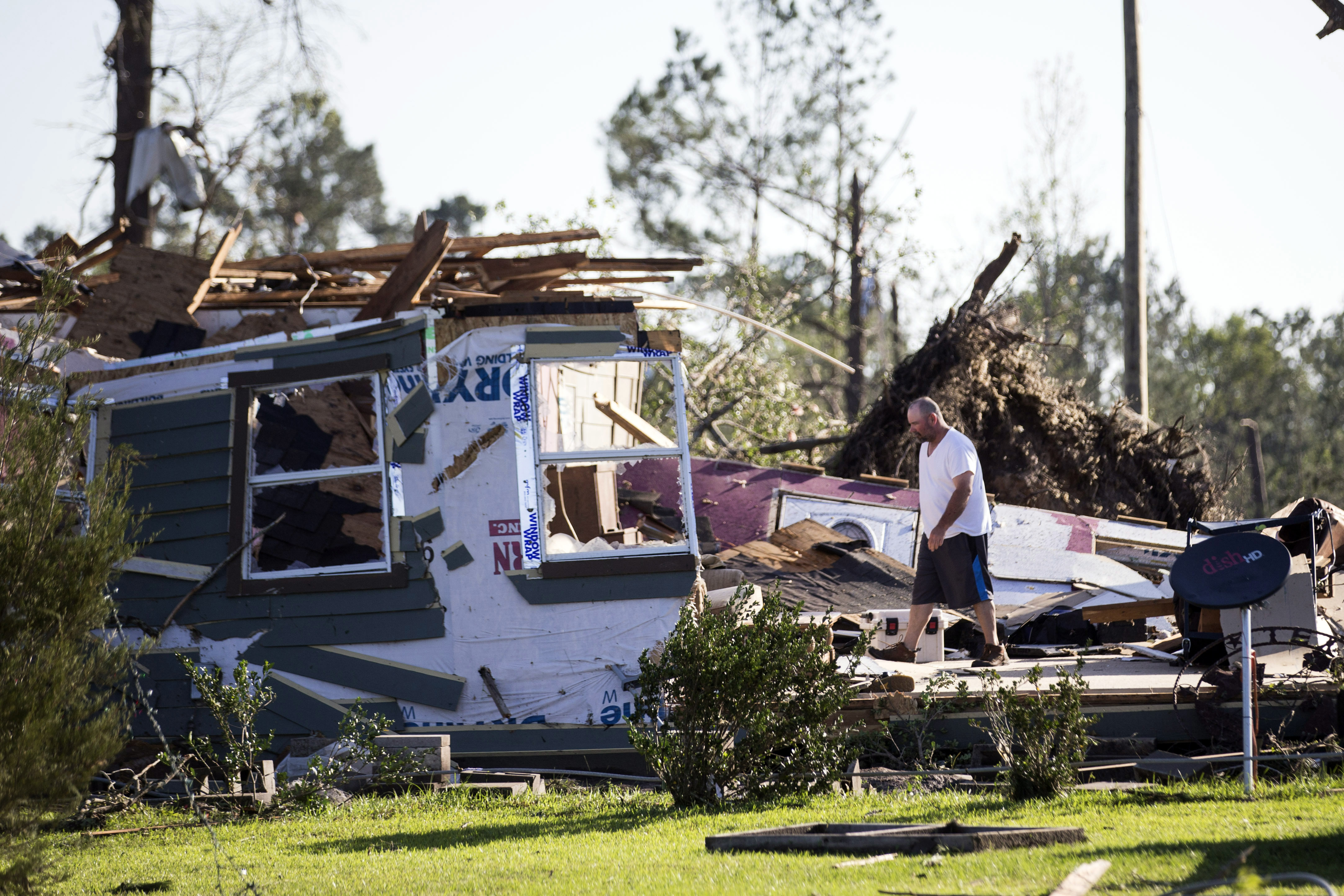 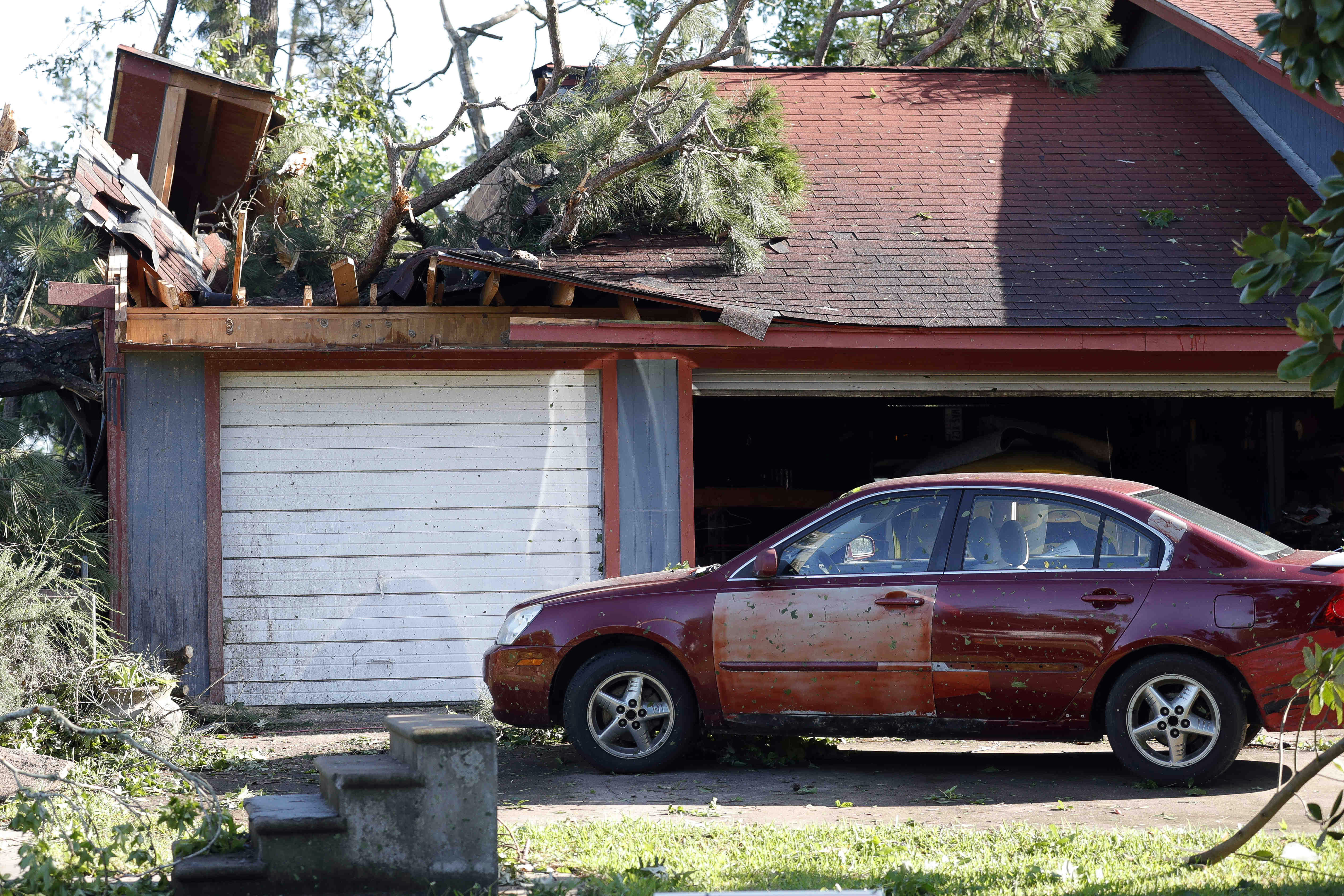 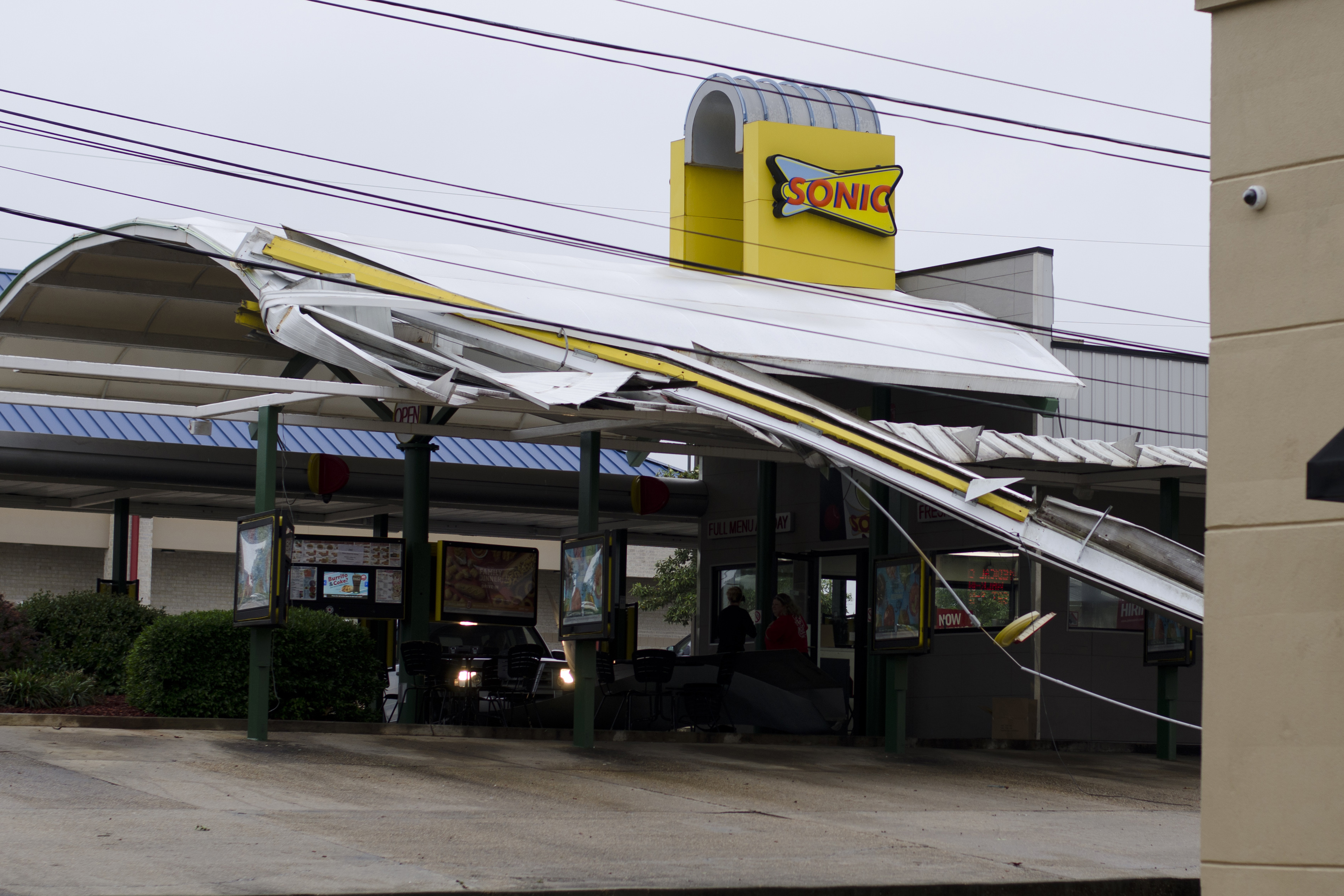 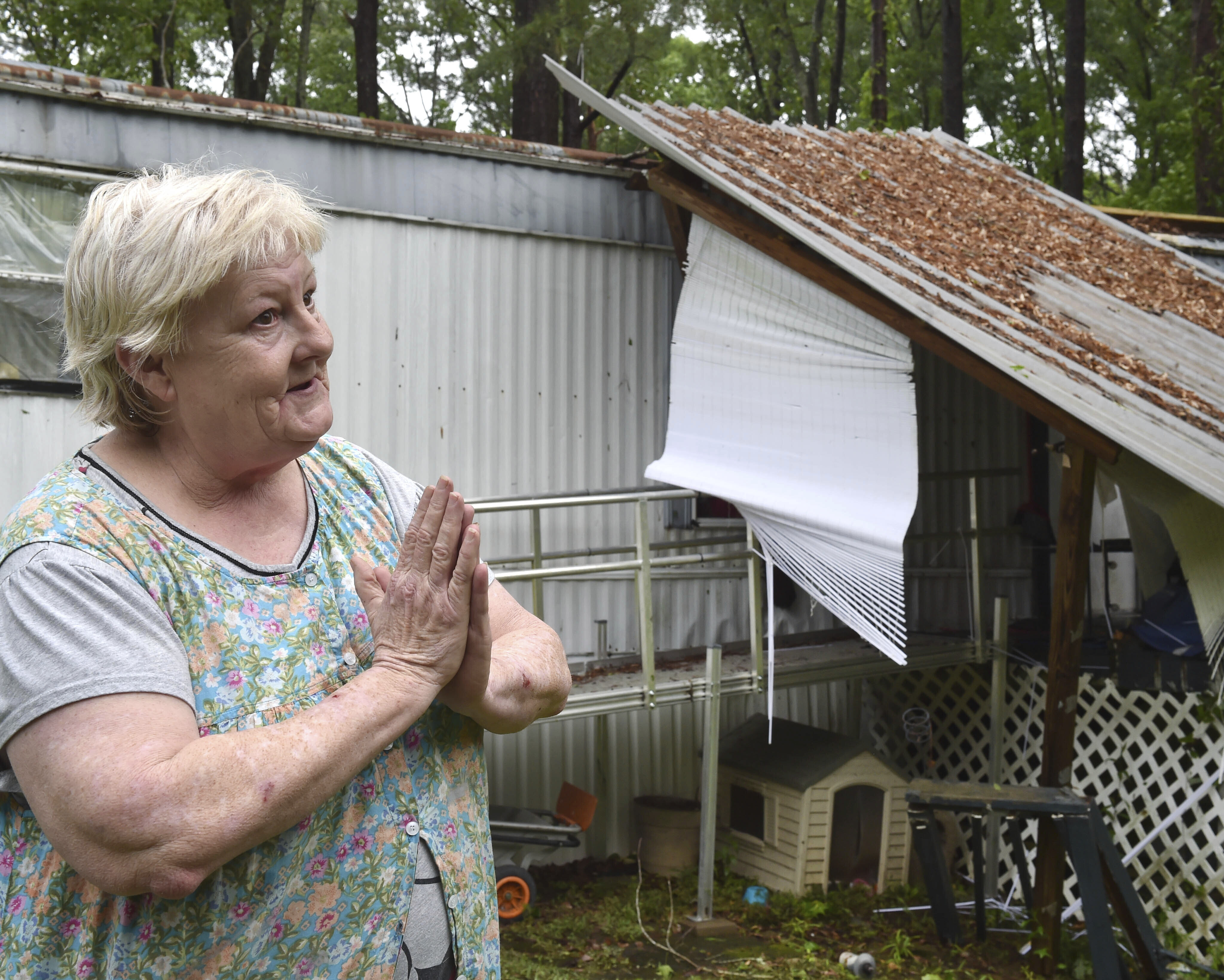 Marshall County Emergency Management Director Robert Chaney said a second person was found just outside town, around a quarter mile from a manufacturing company where he worked in Oklahoma.

Two others in Louisiana were reported dead.

One man was found dead after someone reported they saw him trying to get a trash can out of water near a drainage ditch.

The man was reportedly swept away in the water when he lost his footing, and his body was found 50 to 60 yards away, DeSoto Parish Sheriff Jayson Richardson told The Shreveport Times.

A second woman was confirmed dead in Louisiana due to the storms, Sheriff-Elect Mark Wood told KALB.

Pictures in Mississippi showed a Sonic restaurant damaged, as another woman's mobile home was struck in the storm.

There was no immediate information regarding how the woman, who was from Lecompte, died in the storms on Wednesday.

Storms came to the states that are already suffering from the coronavirus outbreak.

More than 150,000 people were without power on Wednesday due to the storms, according to poweroutage.us.

The National Weather Service warned Thursday that "severe thunderstorms and heavy rainfall" are expected to hit the Southeast and parts of the Eastern Gulf coast.