TOURISTS who claim they were "hit by the curse of Pompeii" have returned stolen souvenirs after claiming they got cancer and went bankrupt.

So many thieves have returned relics to the site together with letters expressing their guilt that a museum has been set up. 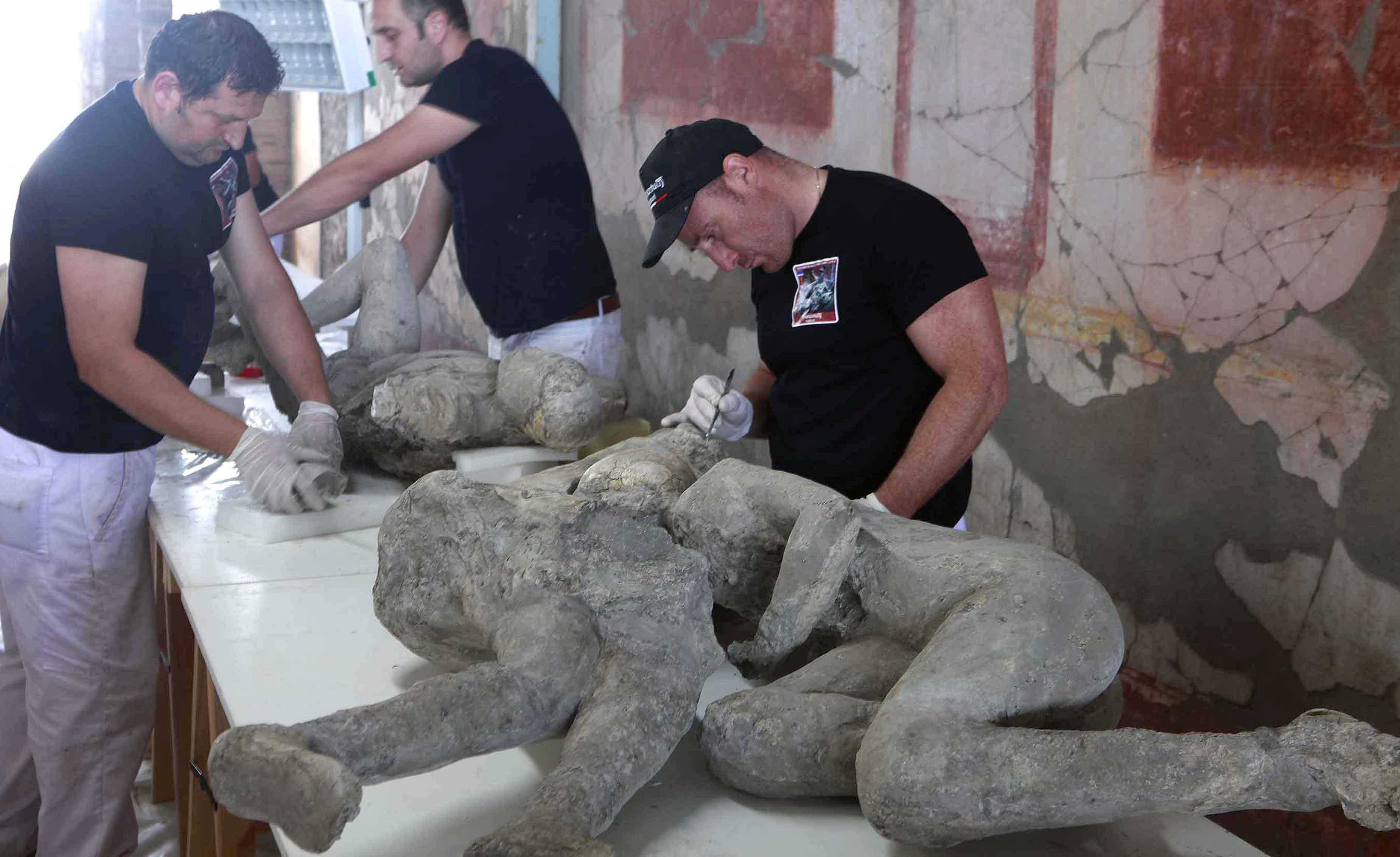 The city was buried in ash by the massive eruption of Mount Vesuvius in 79AD, leaving thousands of people encased in chilling, statue-like poses.

Canadian tourist Nicole, 36, sent back two mosaic tiles, a ceramic piece and parts of an amphora or container to a travel agent in Pompeii.

She had taken the items during a visit to the ancient city in 2005 – later saying they had given her 15 years of bad luck.

Nicole included a letter with the returned items.

According to The Times, she wrote: "Please, take them back, they bring bad luck.

"I am now 36 and had breast cancer twice. The last time ending in a double mastectomy.

I am now 36 and had breast cancer twice. The last time ending in a double mastectomy

"My family and I also had financial problems. We're good people and I don't want to pass this curse on to my family or children."

She also included another letter written by a couple also from Canada who took items from Pompeii in 2005.

Some of those who have taken items from the city have tried to sell them online.

Pompeii is one of Italy's most-visited locations.

The city was covered in volcanic ash as a result of the eruption of Mount Vesuvius and was preserved until it's rediscovery in the 16th century.

A similar "curse" exists in relation to Egyptian pharaohs.

The "curse of the pharaohs" will be set upon anyone who disturbs the resting place on an ancient Egyptian kind or queen, some believe.

What happened to Pompeii?

Pompeii was once a very prosperous ancient Roman town on the Gulf of Naples, in Italy’s Campania region.

The city was home to 11,000 people and boasted a complex water system, amphitheatre, gymnasium and even a port.

It was buried in millions of tonnes of volcanic ash when Mount Vesuvius catastrophically erupted in 79AD.

Today, it is a UNESCO World Heritage Site and one of Italy's most popular tourist attractions with around 2.5 million visitors a year.

Over the next 250 years it was a hotbed of scientific activity, with researchers uncovering several intact buildings and even wall paintings.

The Mount Vesuvius eruption completely buried the cities of Pompeii and Herculaneum in volcanic waste and turned people to ash where they stood.

Around 2,000 people are believed to have been killed in Pompeii due to the eruption.

In February, there were fears that the curse would be sparked by the movement of Tutankhamun's body and 5,000 artefacts.

The boy king currently resides in his tomb in the Valley of the Kings in Luxor, where he has rested for over 3,300 years.

There are plans to move his body to the Grand Egyptian Museum in Giza.

Egyptians are upset that the mummy is set to move away from what they see as his home.

When asked about the curse, Dr Eltayeb Abbas, director of archaeological affairs at the Grand Egyptian Museum, told us: "I know there are cursed texts and the Egyptians really believed in the power of the word.

"So they were thinking that by reciting a text that would let things become real.

"But for us I wouldn't say so. I am a villager coming from the west bank [of Luxor] and my family and all the people are believing in the existence of a curse.

"So I don't have to believe but I have to respect the beliefs of the ancient Egyptians and the existence of a curse." 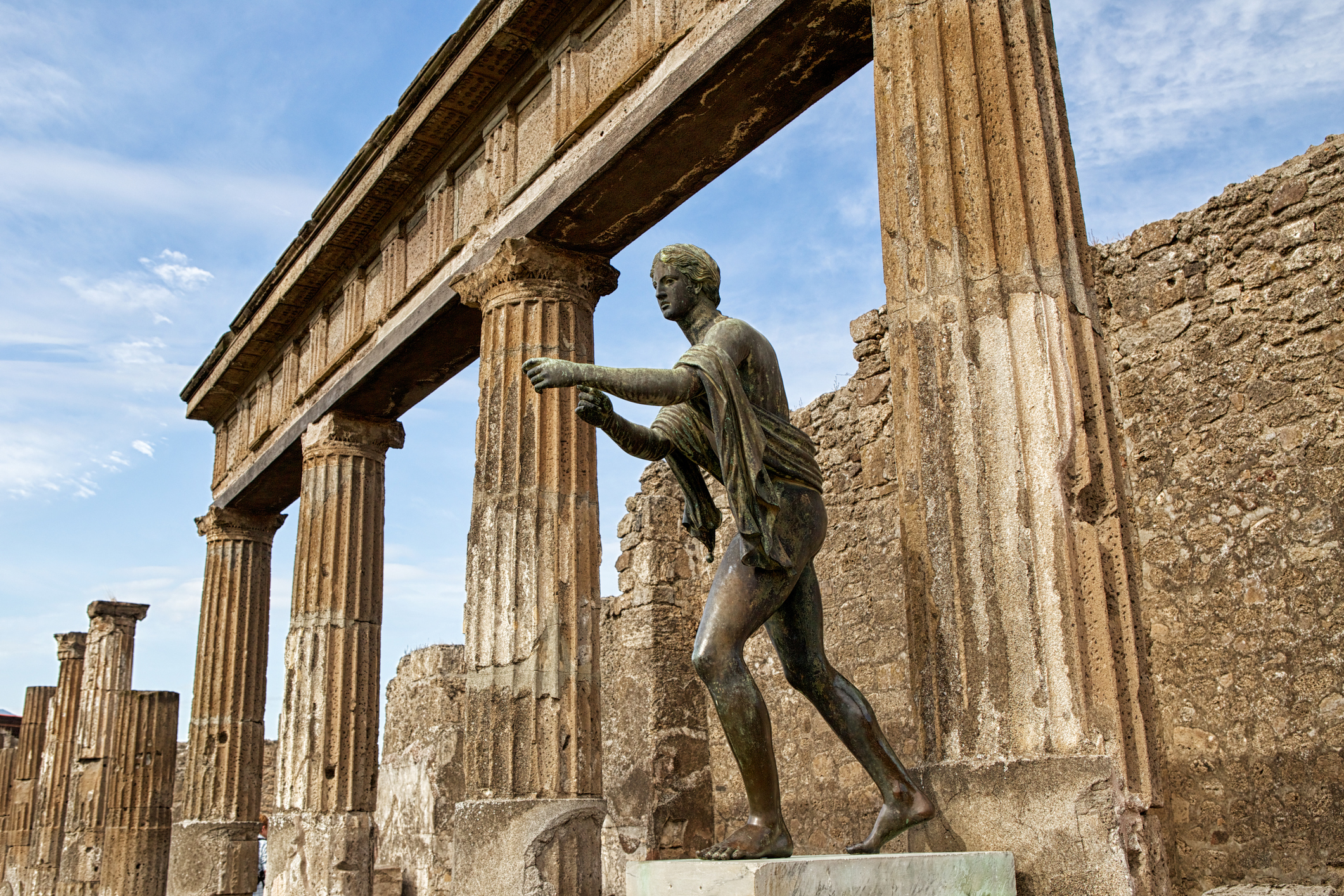