Tourists in limbo at Kuala Lumpur airport by coronavirus shutdown Travellers recount their ordeal after they were denied entry to Southeast Asian nations and sent back to Malaysia. 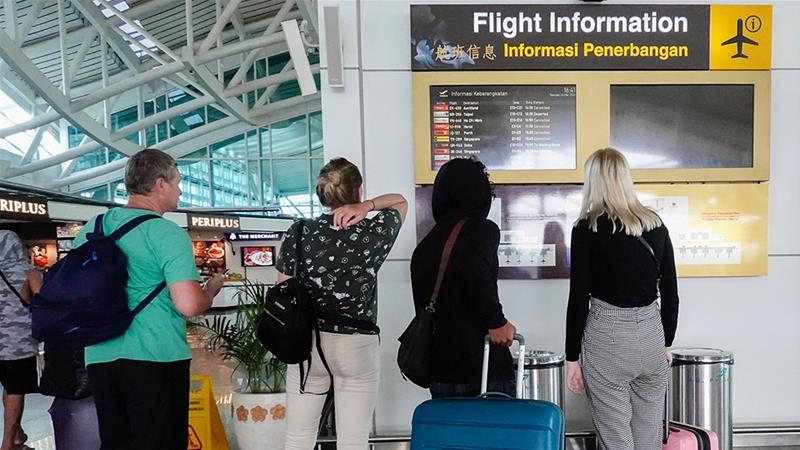 Kuala Lumpur, Malaysia – Fifteen adults and one child are stuck at Kuala Lumpur airport after they were sent back from various airports as countries shut their borders to foreign arrivals amid the coronavirus pandemic.

The 16 passengers boarded flights from Kuala Lumpur since the start of last week to regional destinations but were refused entry and sent back to Malaysia.

Russian national Val Azure, who worked as a volunteer at an Afghan community centre on the outskirts of Kuala Lumpur, decided to go back to her home in Thailand – where she lived with her son for seven years – after the centre was asked to shut its doors last week.

“I decided to go back before things got really bad,” said Azure. “I booked tickets with AirAsia and got health certificates to show we don’t have coronavirus that the airline told me we needed to fly with. I also bought insurance.” 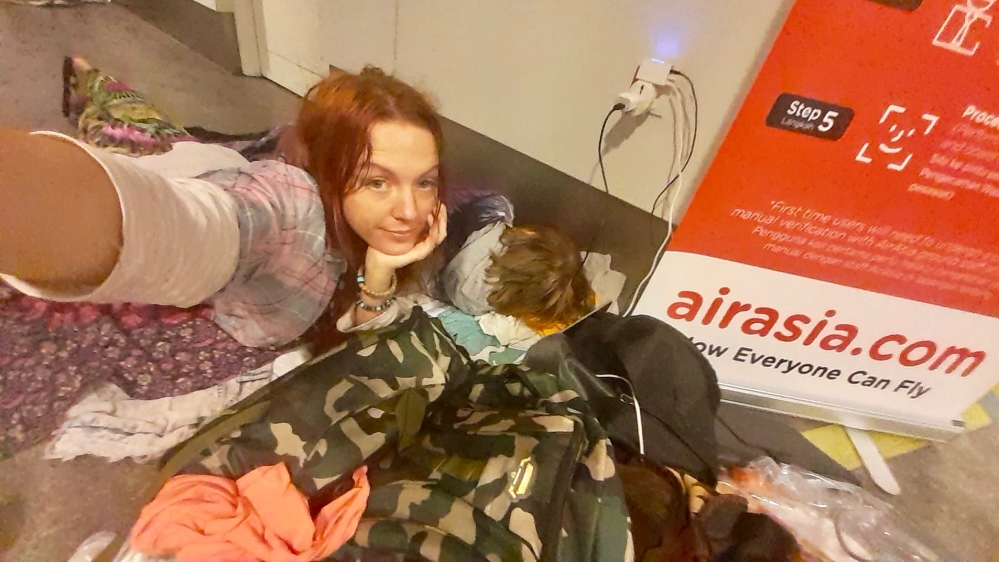 But after landing at Bangkok’s Don Mueang International Airport on Monday, Azure and her son were stopped at a checkpoint.

“There were lots of soldiers with guns as well as medics. We showed them our health certificates and insurance but they said it wasn’t enough. They said we also needed to have results of blood tests.”

Danuta Matysiak, one of four Polish citizens on the same flight, was also stopped at Bangkok airport.

“We had no idea we needed this special documentation because the situation keeps on changing,” she said. “Suddenly they say a health certificate isn’t enough and they want a blood test too. That’s where our problems began.”

The group was then told by an AirAsia representative the airline would fly them back to Kuala Lumpur and ensure they would be able to pass through Malaysian immigration. “The prep told us we won’t have a problem and said ‘go back to Malaysia and everything will be okay.'”

Kuala Lumpur is not the only airport affected by the border closures that have left thousands of people stranded at airports around the world.

At Moscow’s Vnukovo Airport, riot police were called to control Uzbek workers who were waiting for more than a week for special charter flights to Tashkent.

At Bali airport, more than 130 British tourists, whose flights were refused landing permits by transfer points such as Singapore and Hong Kong are asking the British government to evacuate them.

At Istanbul airport, more than a 1,000 Algerians are stranded because Algeria is not accepting any international flights.

For the group that returned to Kuala Lumpur from Bangkok, it marked the next step of their ordeal.

The passengers said they approached the AirAsia transfer desk but, instead of receiving the assistance they say they were promised, they were told to contact their embassies.

“They said the man we spoke to works for Thai AirAsia, a separate company, and it’s not their responsibility, and we should contact our embassies,” Azure said. “We were all in shock. We couldn’t believe what they were saying.”

Matysiak said the Polish embassy in Kuala Lumpur could not help so the members of her group bought new tickets to London. But they are worried they will not be allowed to fly to Poland when they arrive in the United Kingdom.

“Right now, the situation is terrifying,” she said. “The borders are all closing and we’re not sure what’s happening in London. We have already bought three tickets and lost lots of money. It’s turned out to be the most expensive holiday of our lives.”

Sleeping on the floor

Azure said she could buy tickets to Russia but added she could not afford them.

“The tickets are extremely expensive, $3,000 or $4,000. And I haven’t been to Russia for seven years. I don’t have a single contact there and nowhere to stay.”

Ajmal Yasinwas, a Pakistani national, was on another AirAsia flight but is also stuck in Kuala Lumpur.

“I’ve worked in Malaysia for 12 years. On Monday, I flew to Jakarta to be with my wife and children. She’s Indonesian and I have legal residency. But they did not let me in because I didn’t have a health certificate and sent me back here.

“For the last seven days, I’ve been sleeping on the floor at this airport. They won’t even allow me to get my luggage to change my clothes. We can use the bathroom but there are no showers. Normally, I pray five times a day but I can’t pray here because I smell.” 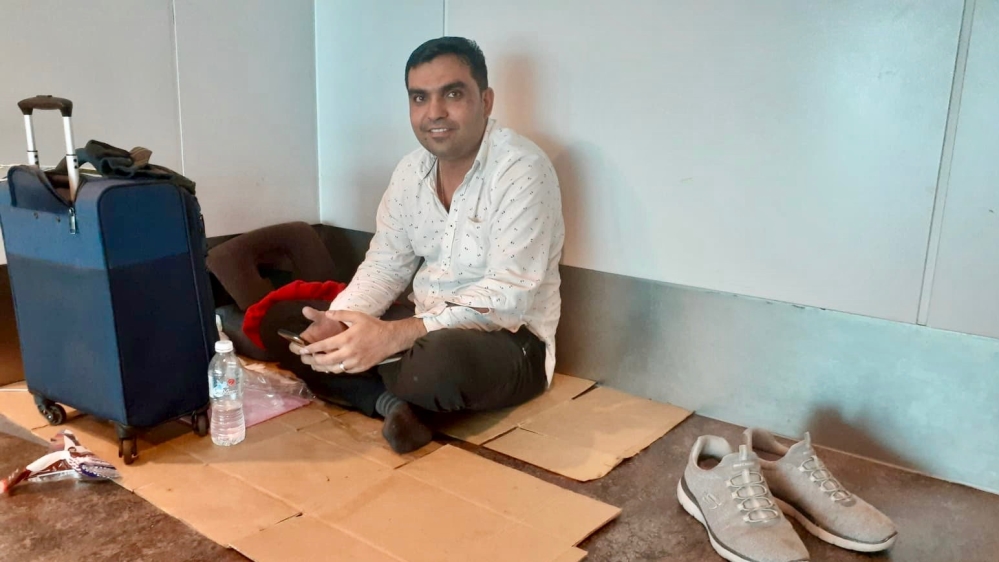 Out of their control

A spokesperson for AirAsia told Al Jazeera the airlines “continues to do everything possible to assist every guest affected by a disrupted service at this time but the situation is outside the airline’s control”.

Airport officials in Kuala Lumpur are providing free meals to the group of 16.

“They took it away from him, saying this is not a playground. That is understandable but it was his only form of entertainment, so today his morale is pretty low,” said Azure.

The group had planned to wait until Malaysia’s ban on tourist ends on March 31. But on Wednesday, Malaysian Prime Minister Muhyiddin Yassin announced an extension of the ban until April 14.

“The Russian embassy told me they won’t hold us at the airport for that long and will probably transfer us to an immigration detention centre,” Azure said.

“I wouldn’t want my kid to experience the detention centre but I can’t afford to fly to Russia. My embassy is asking AirAsia to pay for the flights because they got us into this situation, but even if they do, I don’t have enough money for a hotel when we get there and it’s still very cold in Russia. We don’t even have jackets. I don’t know what we’re going to do.”