A BABY and toddler tragically face being orphaned after both their parents were diagnosed with terminal cancer within months of each other. 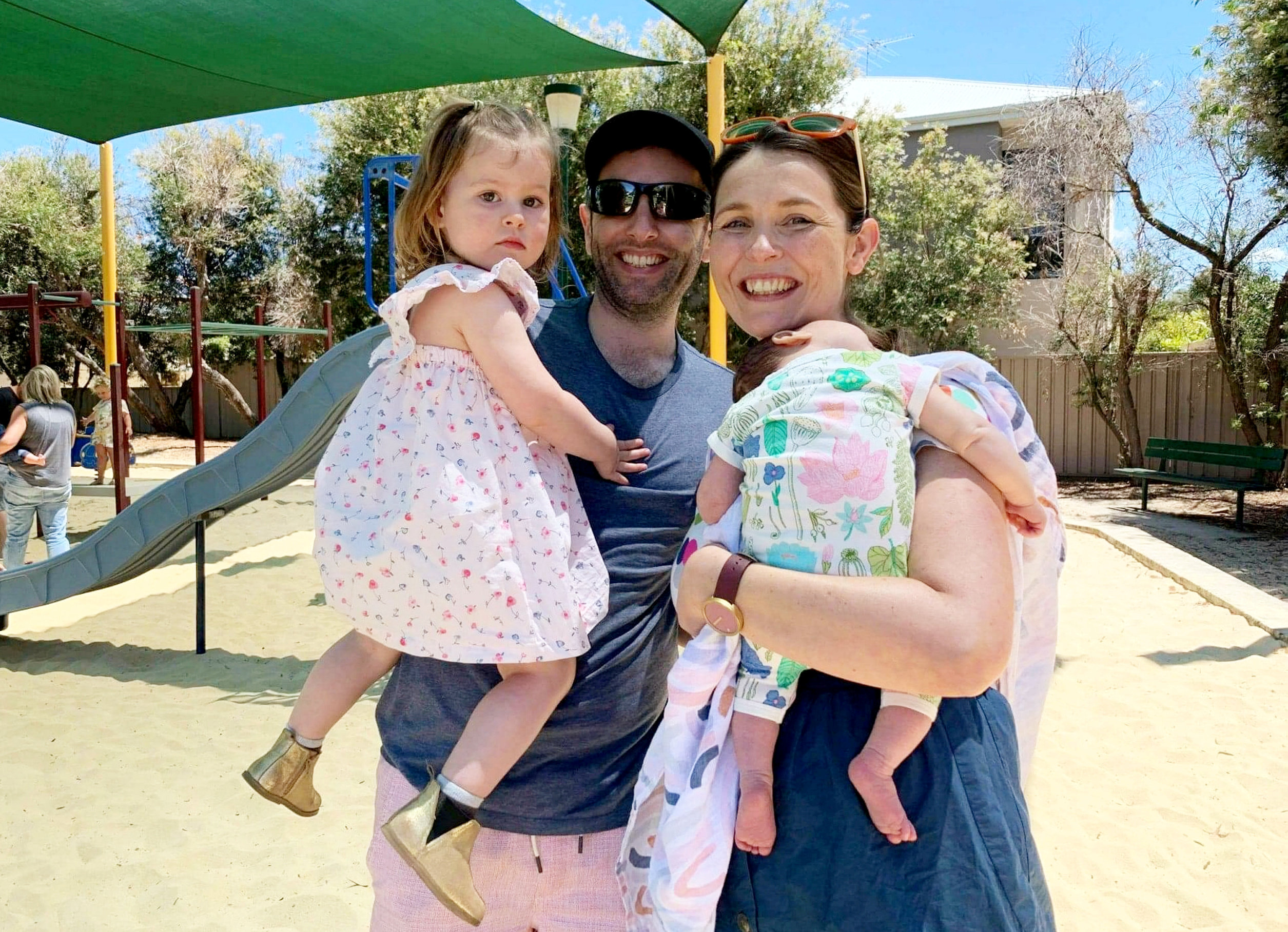 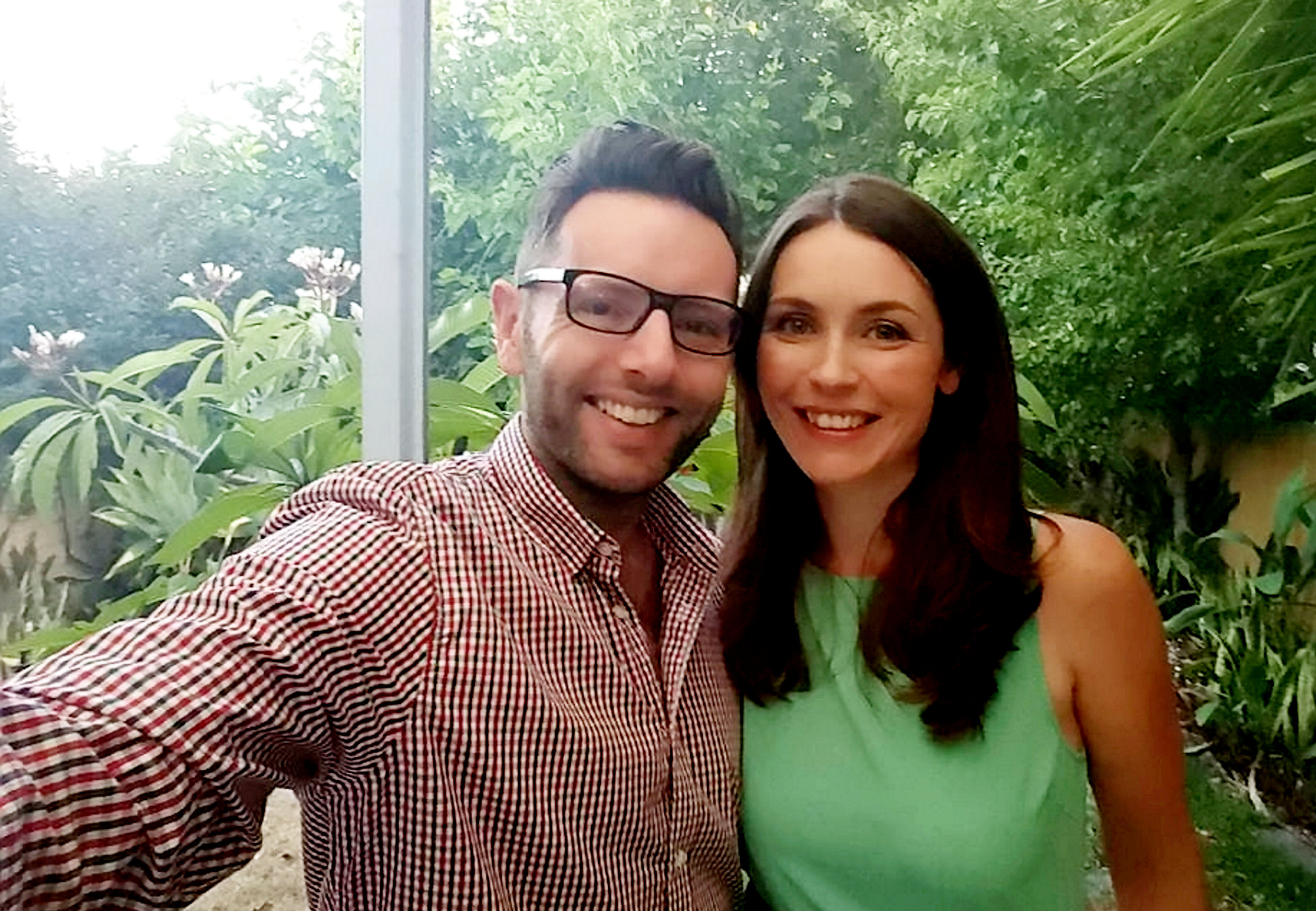 He managed to secure a good job and they sponsored him to stay and after tying the knot they had two kids.

But now the couple, who live in Perth, have both heartbreakingly been diagnosed with Stage 4 cancer – just three months apart.

They are faced with the devastating prospect of leaving kids Thea, two, and four-month-old Fearn without a mum and dad.

Caitlin was diagnosed with Stage 4 bowel cancer in November after suffering pain she thought was due to her pregnancy.

And then tragically Adam was diagnosed with Stage 4 pancreatic cancer on February 4.

Adam's British sister, Emma Reynolds, 41, says her and the rest of the family can't visit them until April.

The family want to raise awareness of aggressive cancers that start in the under 40s.

Emma, from Abbeymead, Gloucestershire, said: "I don't think you'll ever be able to understand why or process both of them.

''You just have to live with it – sometimes I talk about it and I'm detaching myself from it as I do. 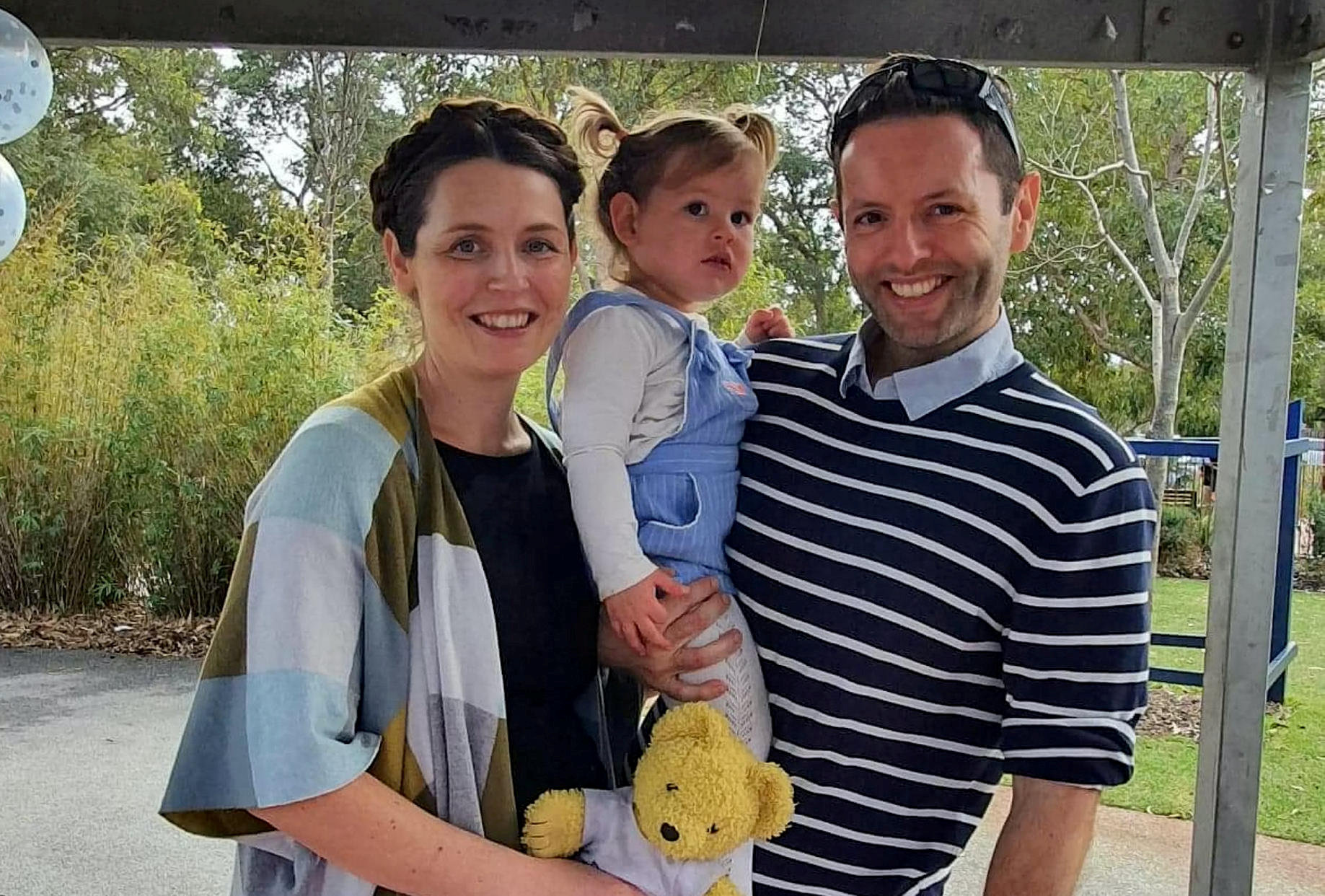 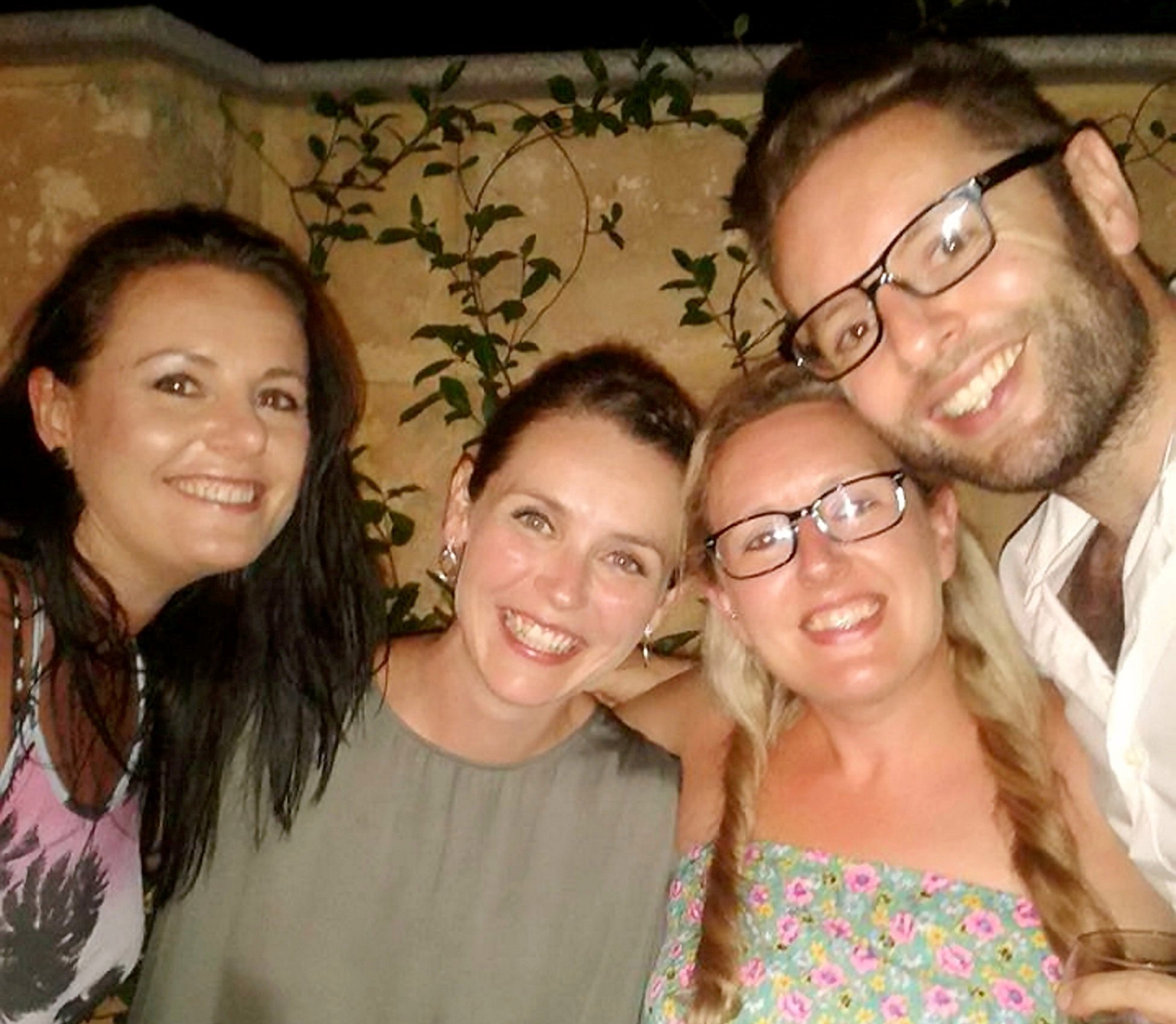 "We're hoping and praying every day that the treatment they're getting works, and that they've got years rather than months.

"The hope is to raise awareness because they're so young, and how suddenly your life can be sent into absolute turmoil."

A fundraiser has been set up to support the family whilst they go through their treatment.

Graphic designer Adam was born in Solihull, but grew up in Farnham, Surrey.

He went travelling in March 2007 – with a view to return home eventually – until he met Caitlin in 2009 through online dating.

Landscape architect Caitlin grew up in Western Australia and they got married on December 7, 2014 at Perth town hall.

Caitlin went to hospital for a colonoscopy last November and diagnosed with bowel cancer – which has now spread to her liver.

She gave birth to her second child, Fearn, on October 14 2020, but had continuous abdominal pain that turned out to be a tumour on her colon.

"The tumour in her colon was quite large so they reckon she'd had it for over a year and a half, but because she was pregnant it could've masked the pain. 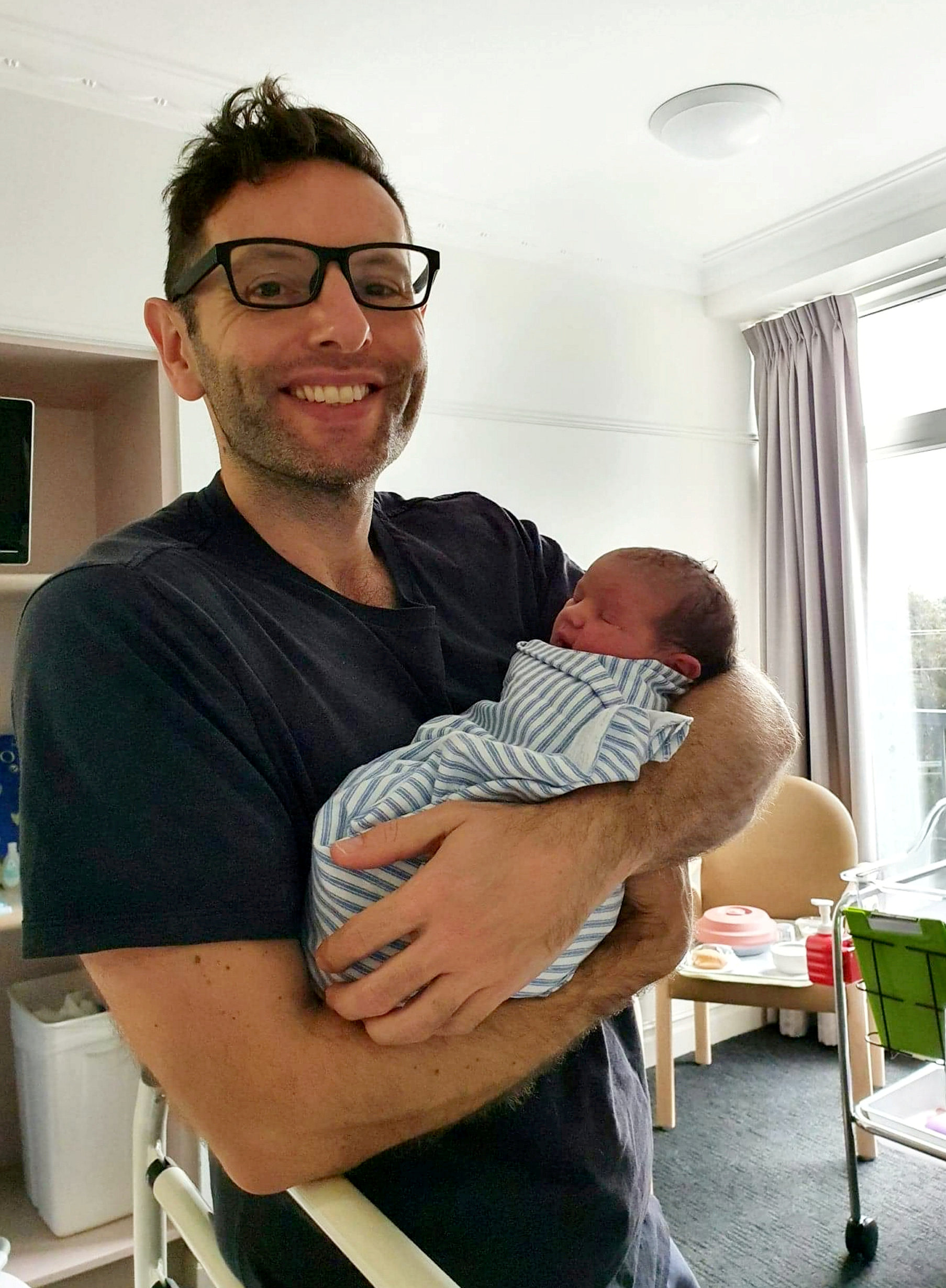 "She did say, looking back, she did have abdominal cramps but she thought it was to do with pregnancy."

Emma says Adam was diagnosed with Stage 4 pancreatic cancer on February 4 after getting pains in his side.

Hospitality worker Emma said: "His wife was diagnosed in November so he'd been quite stressed but he had no other symptoms.

"We thought it was just going to be a stomach ulcer or his appendix."

Early scans showed he had two large masses on his pancreas and liver – the result of pancreatic cancer that had developed for over a year.

The location of the tumour meant Adam had no symptoms until it spread to his liver.

Emma said: "His liver is covered in lesions. It's the worst cancer you can get which is pancreatic cancer, it was just awful.''

"His first week he was very poorly but this is his second week now and is completely wiped out," Emma added.

"He can't even concentrate, it's hard to engage with anyone, it's just like you're so vacant, you're just so tired."

We're hoping and praying every day that the treatment they're getting works, and that they've got years rather than months.

Caitlin's tumour was removed and she now has chemotherapy to kill the inoperable cancer on her liver, which all started within the first four weeks after Fearn was born.

The new born had to be rushed to be bottle-fed, as Caitlin couldn't continue breastfeeding, and for a time she wouldn't accept the bottle.

The couple travel together for their weekly chemotherapy sessions, and rely on the help of their friends and relatives to maintain their family life.

A fundraiser has been set up to support the family while Adam nd Caitlin they go through their treatment.

Emma said: "They've had enormous generosity – people do food parcels, cook things, they've had people pay for cleaner to come in, people offering to help with the kids.

"Helen, who is the grandma, she will be there in the day and looks after Fearn when Caitlin has a scan, but they do try and have Fearn over a lot to alleviate pressure.

"It is conflicting for Caitlin she gets very upset because her maternal instincts, but it's weighing up what's best for their health."

The couple are urging people to attend screenings.

"The hope is to raise awareness because they're so young, and how suddenly your life can be sent into absolute turmoil," Emma added.

"They were very into fitness and health, they eat organic, but it's hit them both so hard.

"As far as we were aware and they were aware there were no health concerns."