FORMER President Donald Trump and First Lady Melania were given a warm welcome as they attended an Easter Sunday church service before heading to Mar-a-Lago for an egg roll.

The couple were issued a rousing round of applause as they stood in the front row of the Christ Fellowship Church in Palm Beach Gardens, Florida, yesterday morning. 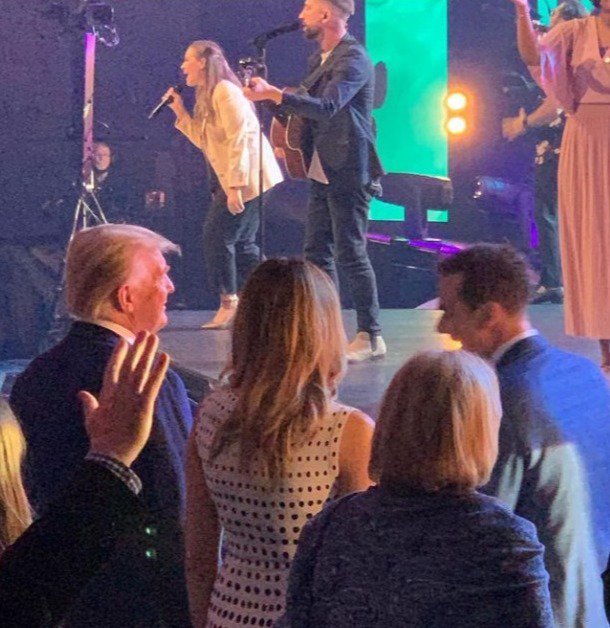 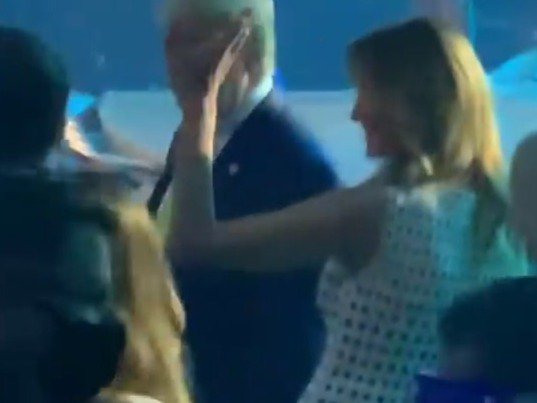 Senior pastor Todd Mullins acknowledged the presence of the 45th commander-in-chief and former first lady in his sermon, saying "It is also our privilege, my privilege, today to welcome the president and Mrs. Trump, too."

The former first couple were then met with a volley of cheers, which they responded to with delighted smiles while turning around to wave to the crowd.

Afterwards, the couple were seen speaking to Mullins as the service continued with a performance from a live band.

In a statement issued after the event, Mullins, whose father was a member of Trump's Trump’s Evangelical Executive Advisory Board, said, “We always welcome everyone to join us at Christ Fellowship in celebrating the resurrection of Jesus.

"This year, perhaps more than ever, we hope that Jesus' message of hope and salvation spreads widely and brings joy to all who hear it," he continued. 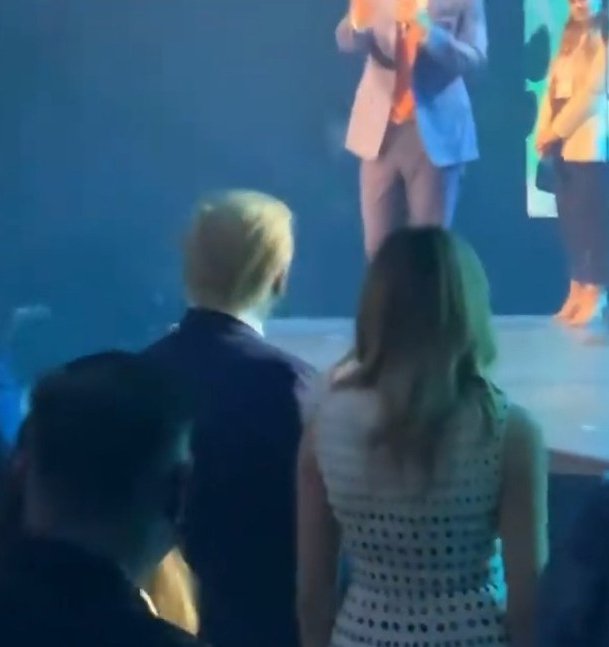 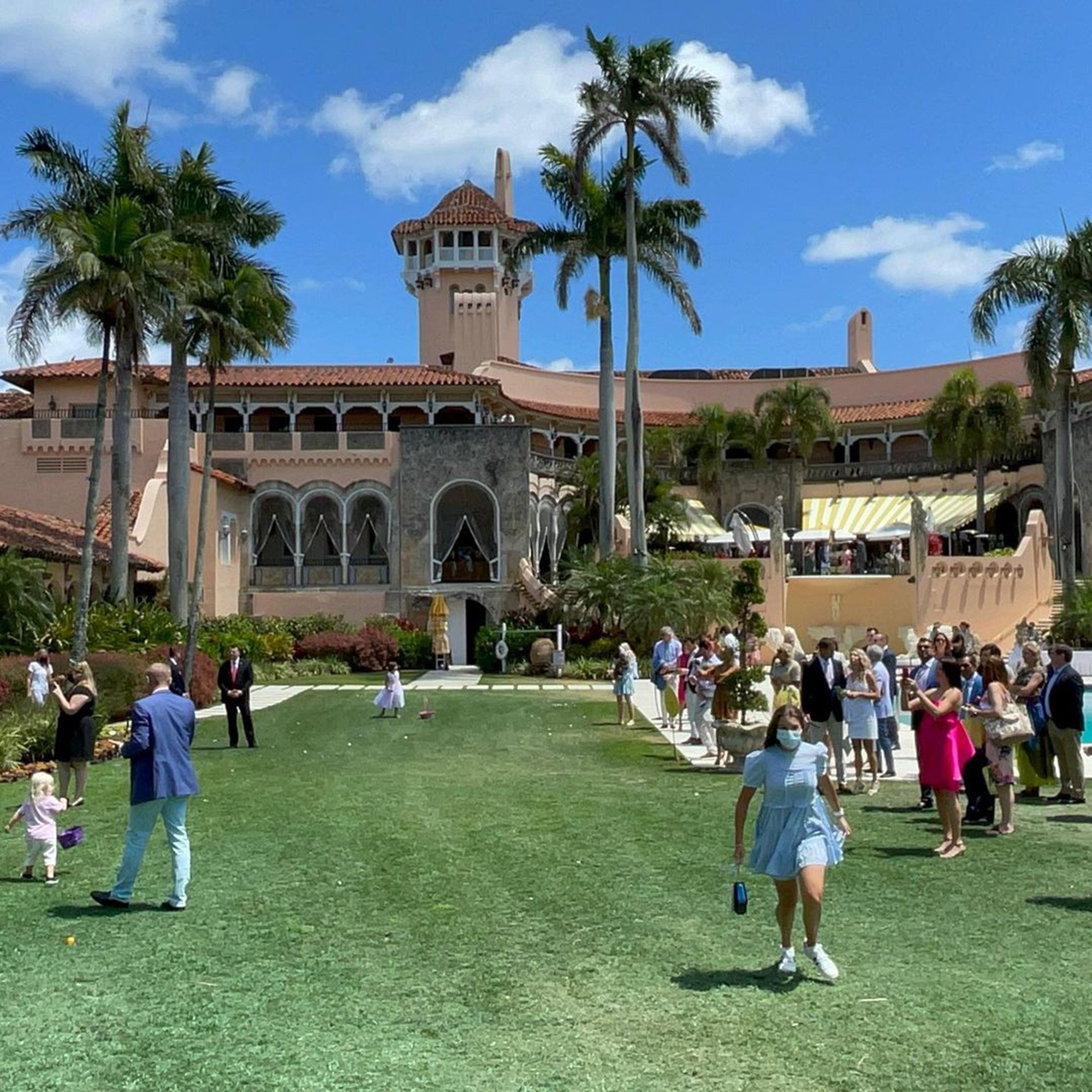 On-lookers appeared stunned to learn of the Trump's presence at the religious service.

In photographs from the service at Christ Fellowship Church, which has seating for about 1,500 people, none of the attendees appear to be wearing masks.

The Trumps also appeared to be freely mingling with other guests and not practising social distancing.

After the service, the duo returned to their Mar-a-Lago estate via motorcade to spend time with the rest of their family at an Easter egg roll on the property's stately gardens.

Seen in attendance at the festive event was Donald Trump Jr., his five children, partner Kimberly Guilfoyle, Eric Trump, Lara Trump and their son and daughter.

In a video posted to Rumble showing the children playing, Don. Jr joked: "I’m not sure they’re working all that hard for it but it’s a good tradition nonetheless and they had fun." 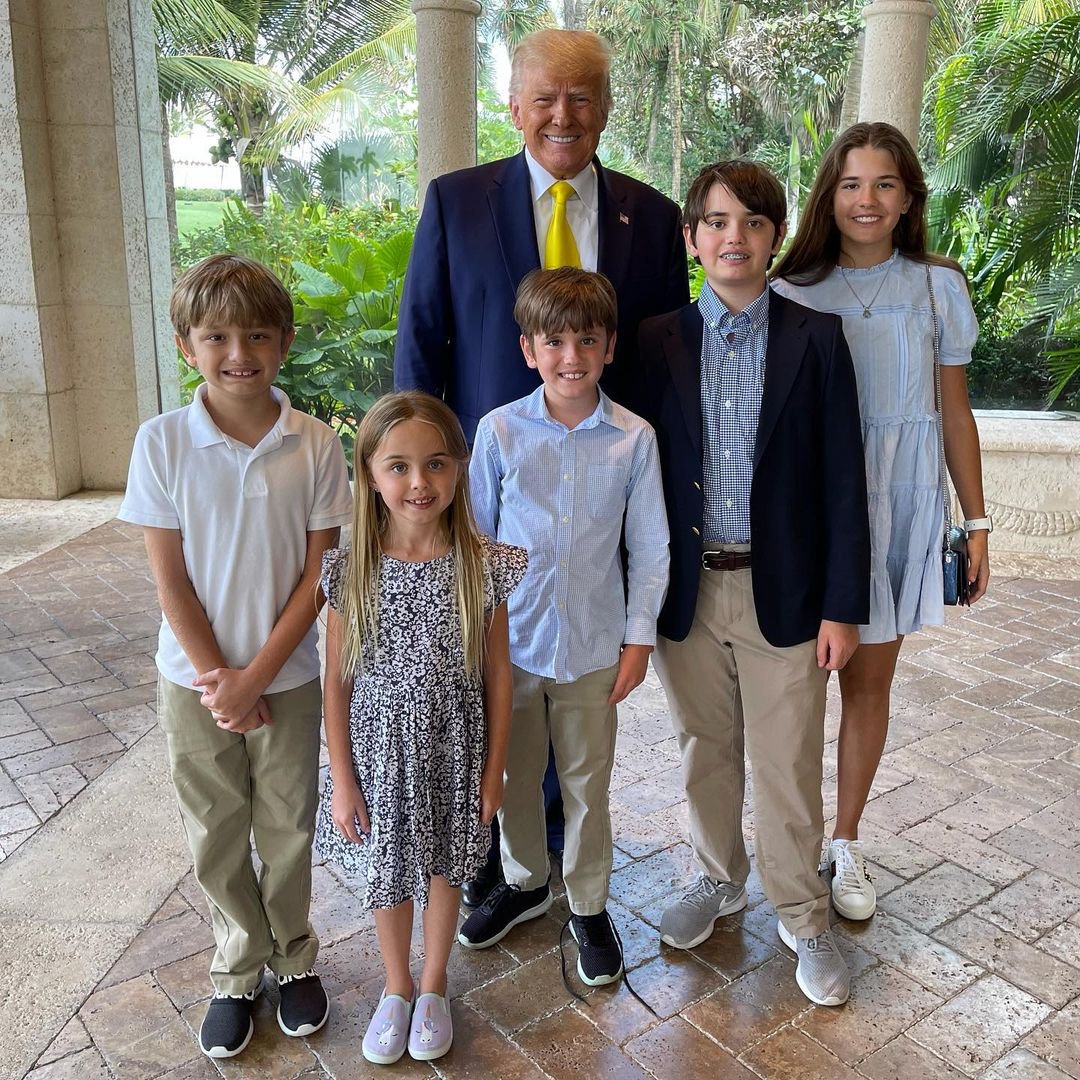 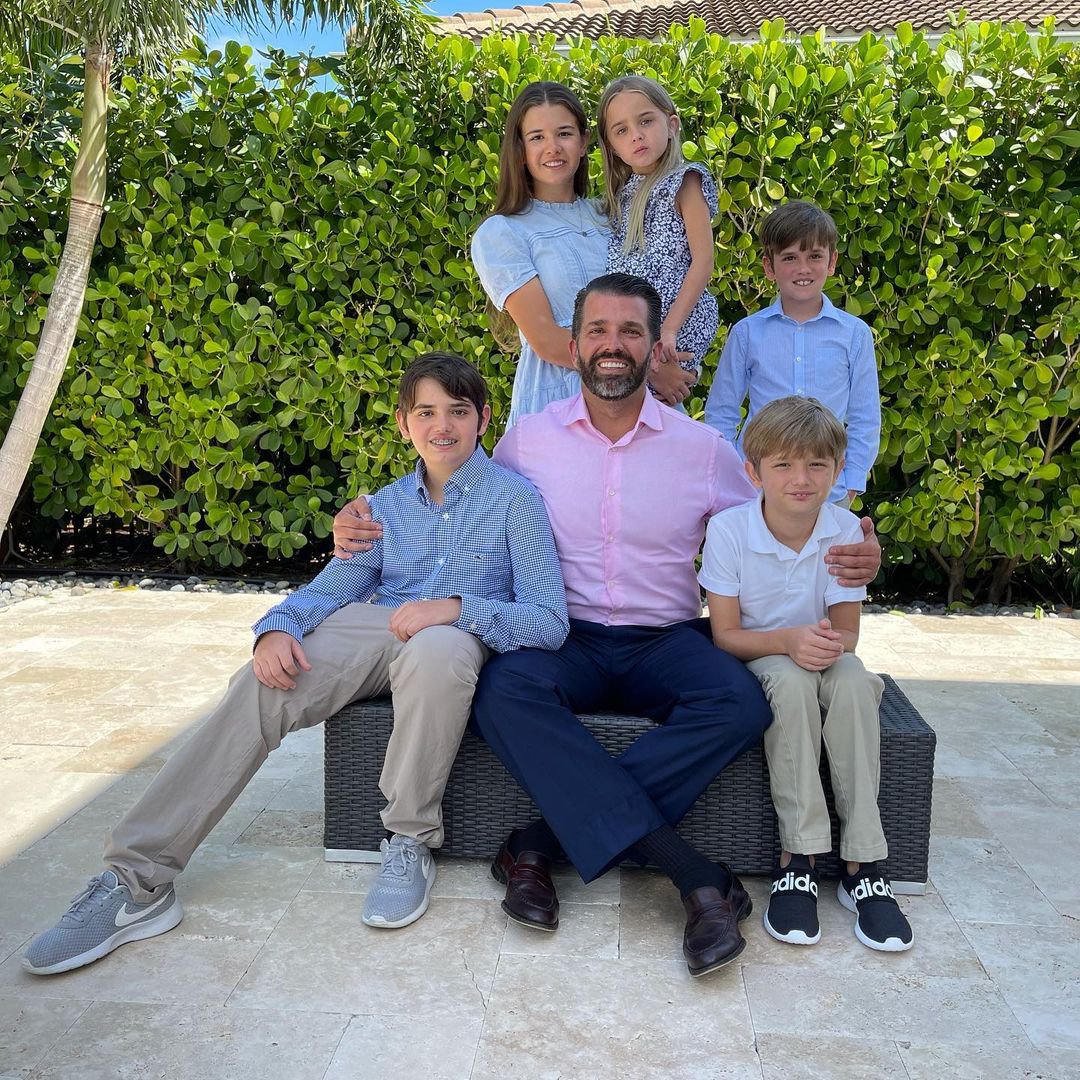 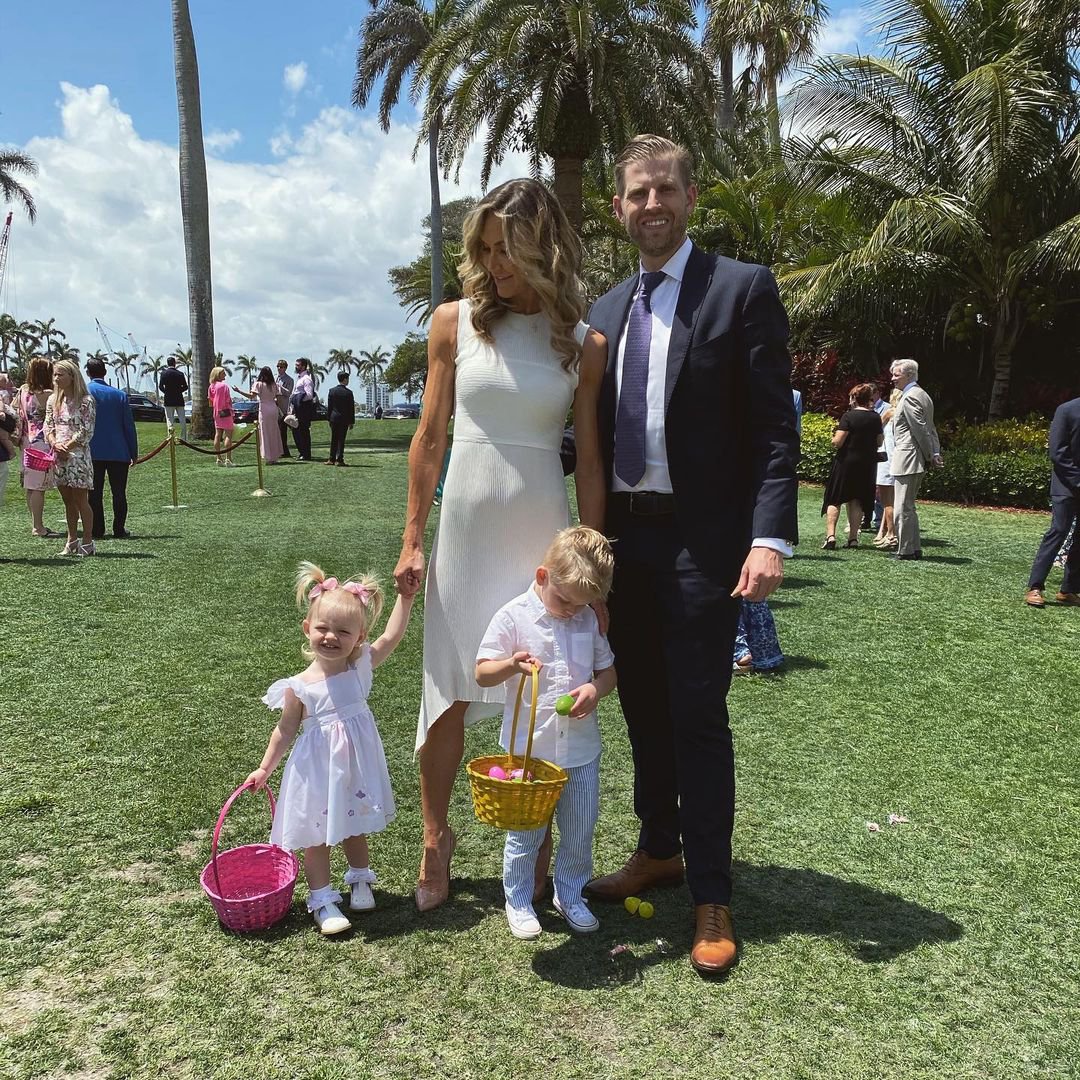 Reflecting on the egg roll later on Instagram, Trump's eldest called it a "great and wholesome family tradition that we’ve been doing for a long time."

Staff at the Mar-a-Lago resort provided the children with bunny-shaped cakes for them to decorate, which Don Jr.'s children also took part in.

Don Jr. shared an array of adorable family snaps to his Instagram story across Sunday.

"Easter with grandpa. Hope you all had a great one," he wrote beside one of the snaps, showing his children with Trump senior.

In a statement issued through his Save America political action committee on Friday, Trump delivered an Easter message in which he took aim at his political enemies.

"Happy Easter to ALL, including the Radical Left CRAZIES who rigged our Presidential Election, and want to destroy our country!," he wrote.

"Sadly, there was massive fraud in the 2020 Presidential Election, and many very angry people understand that," he declared.

Trump also asserted that new information will be coming out to further support his claims, despite the ex-president and several of his allies filing more than 60 suits after the election, with nearly all being thrown out because of a lack of evidence.