PRESIDENT Donald Trump and Treasury Secretary Steve Mnuchin are expected to meet with top Republicans on Monday to finalize another round of stimulus money.

On Sunday, White House Chief of Staff Mark Meadows told Fox News: “As we’ve started to engage with our Senate and House colleagues up on Capitol Hill, those will start in earnest starting tomorrow, Monday.” 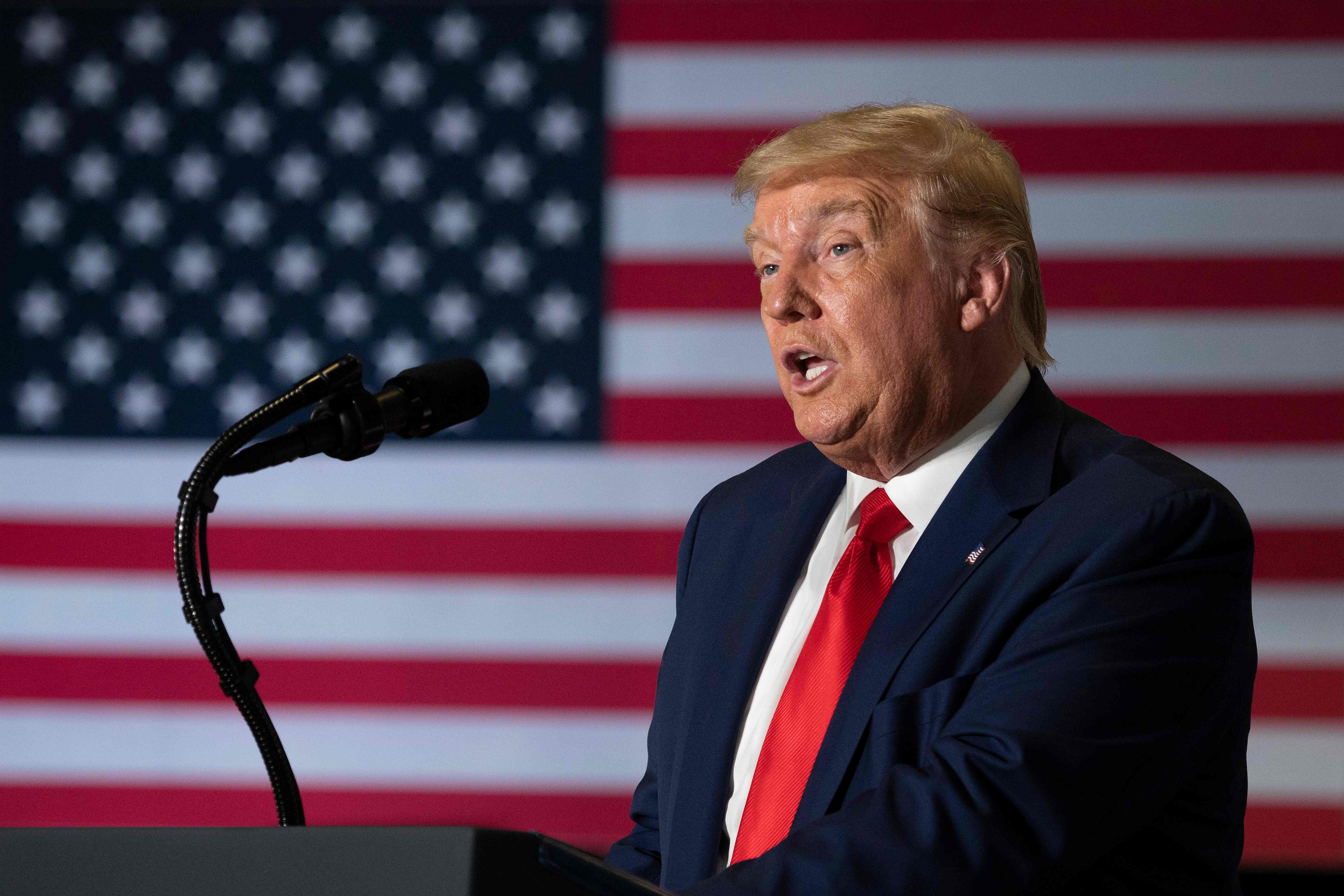 Last week, McConnell said he was prepared to “begin a new bill” this week.

He’s said the legislation would cost around $1trillion, and said it would be more contentious than previous stimulus bills.

The Republican from Kentucky said he predicted: "I do think we'll get there and do something that needs to be done" before Congress begins their recess in August. 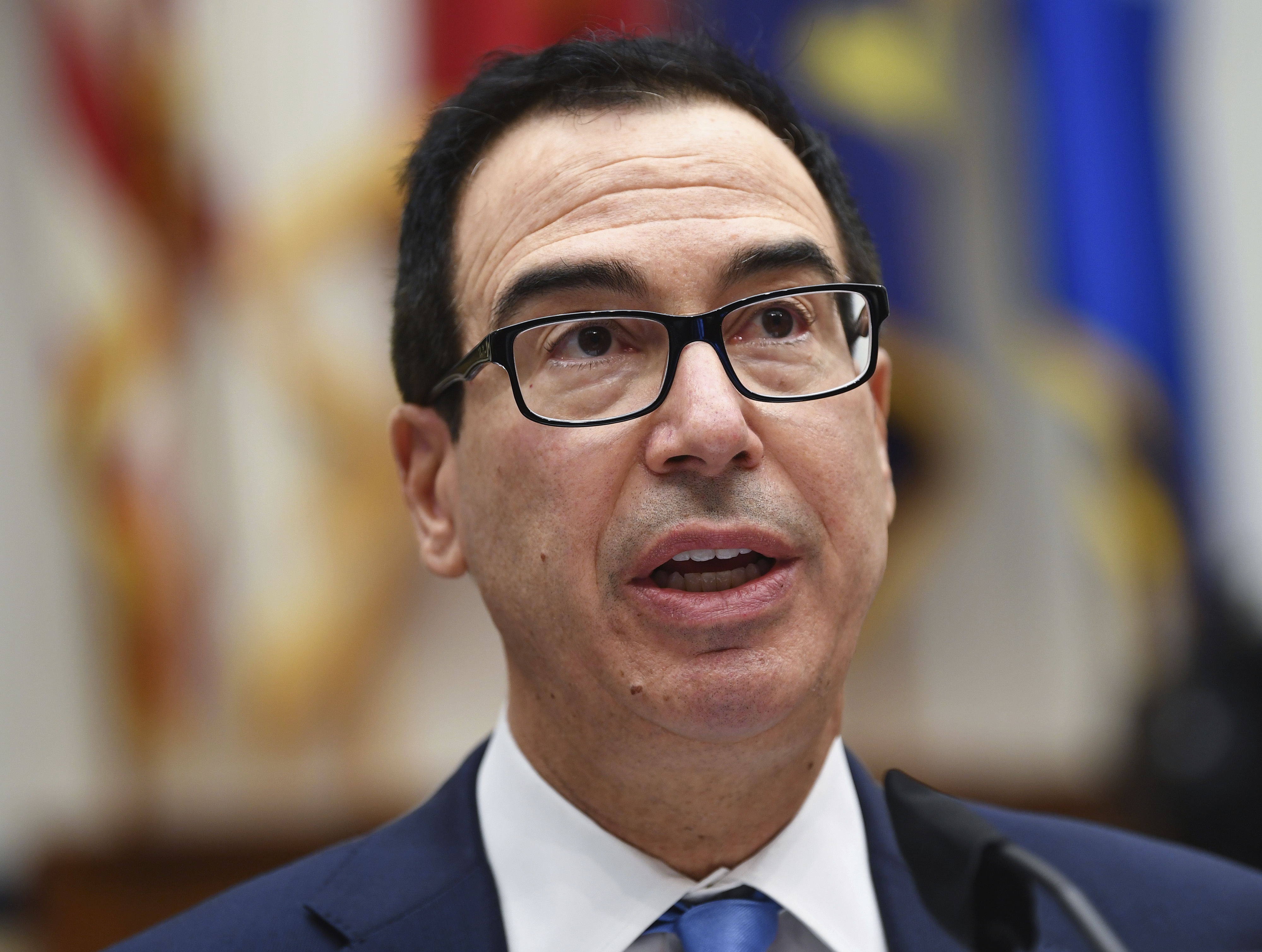 Congress has passed four major pieces of legislation aimed at benefitting Americans in a downturned economy since coronavirus hit the US earlier this year.

The third of the bills was the $2.2trillion Cares Act — one of the most expensive pieces of legislation in US history — which was signed by Trump in March.

The Cares Act included the $1,200 stimulus checks sent to Americans.

In May, the House of Representatives passed the $3trillion Heroes Act, which “included everything from more stimulus checks to an extension for the expanded unemployment program to more aid for states.” 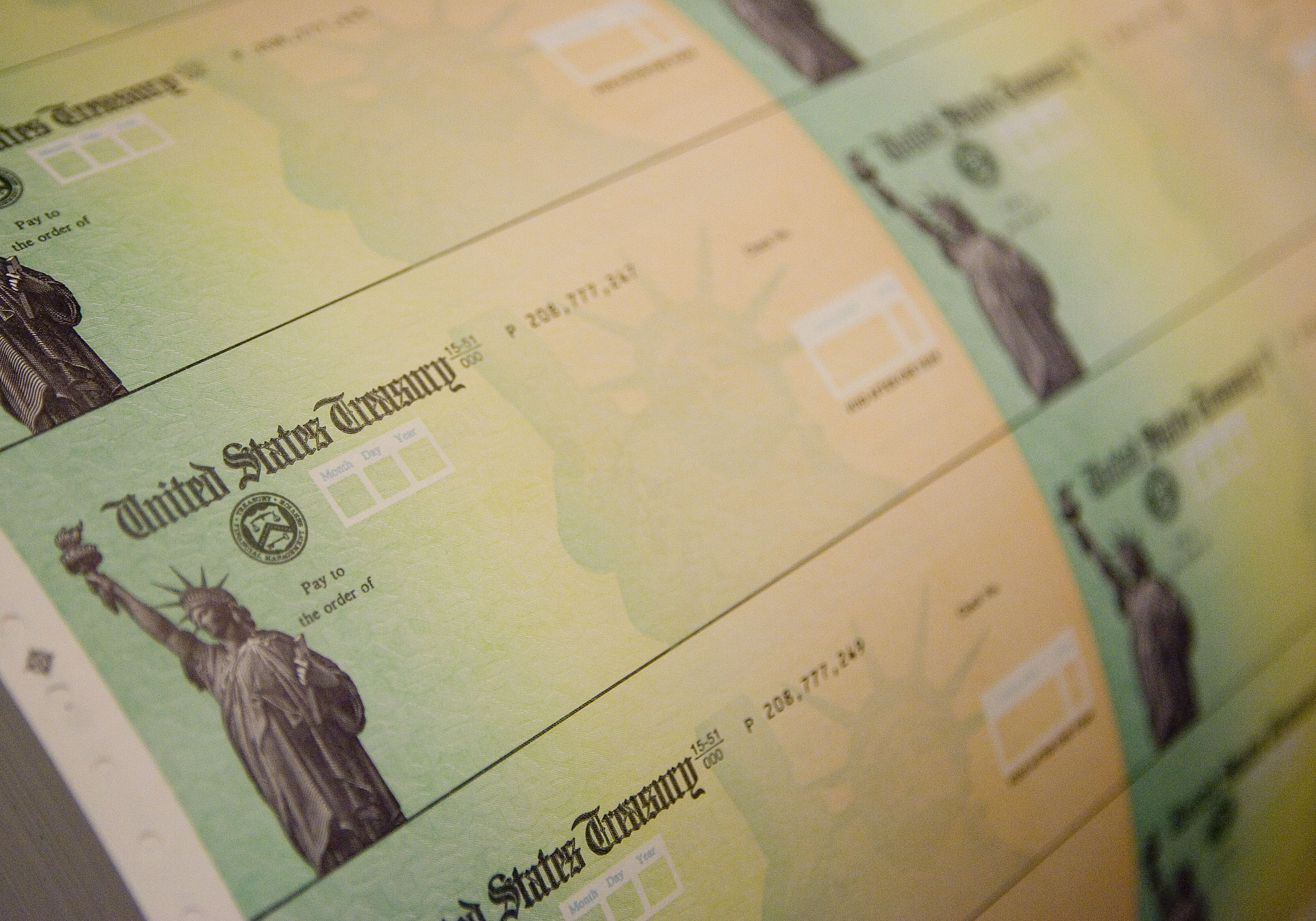 But despite McConnell saying he was prepared to roll out a $1trillion economic relief package, the Trump administration criticized more virus testing money and added other priorities that could complicate the bill being passed quickly.

On Sunday, Trump insisted again that coronavirus would “disappear” — as the number of infections in the US continues to rise.

Congress planned to meet to discuss another bill as businesses shut down again and as federal coronavirus aid is set to expire.

Lawmakers are now trying to draft a successful federal strategy.

"It's not going to magically disappear," McConnell said last week of the virus during a visit to a hospital in his home state to thank essential workers.

The package from McConnell had been quietly crafted for weeks and was expected to include $75billion to help schools reopen. 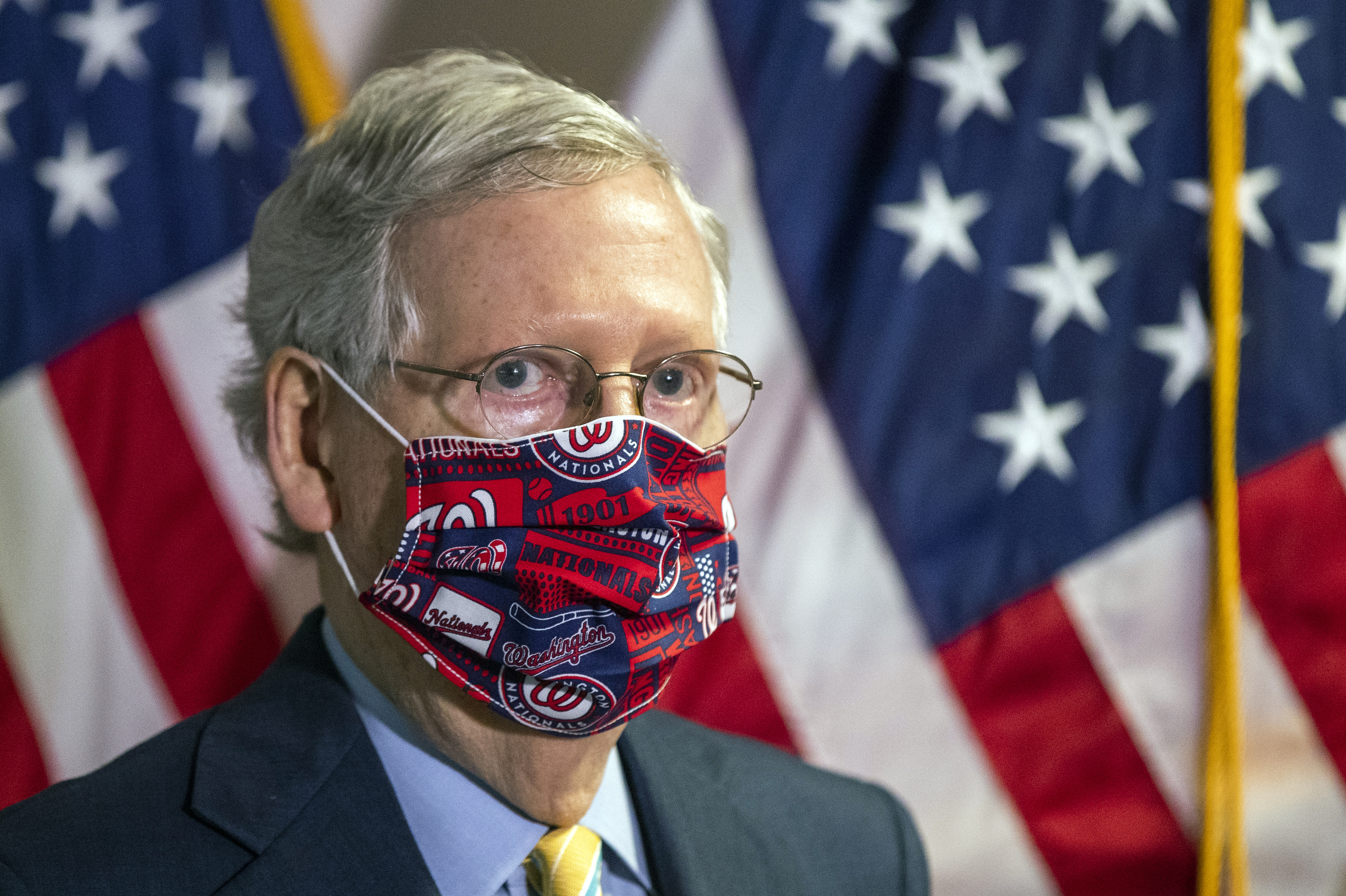 It was also expected to include reduced unemployment benefits and another round of $1,200 cash payments, and a sweeping five-year liability shield against coronavirus lawsuits.

But the Trump administration was criticizing roughly $25billion in proposed new funds for testing and tracing, one Republican familiar with the discussions told The Associated Press.

Two weeks ago, Mnuchin labeled the new economic relief money a "priority" to have passed in the next ten days.

He urged Congress on Friday to negotiate with the Trump administration to pass additional legislation by the end of the month, with a focus on struggling industries, hard-hit small businesses, and low-income families. 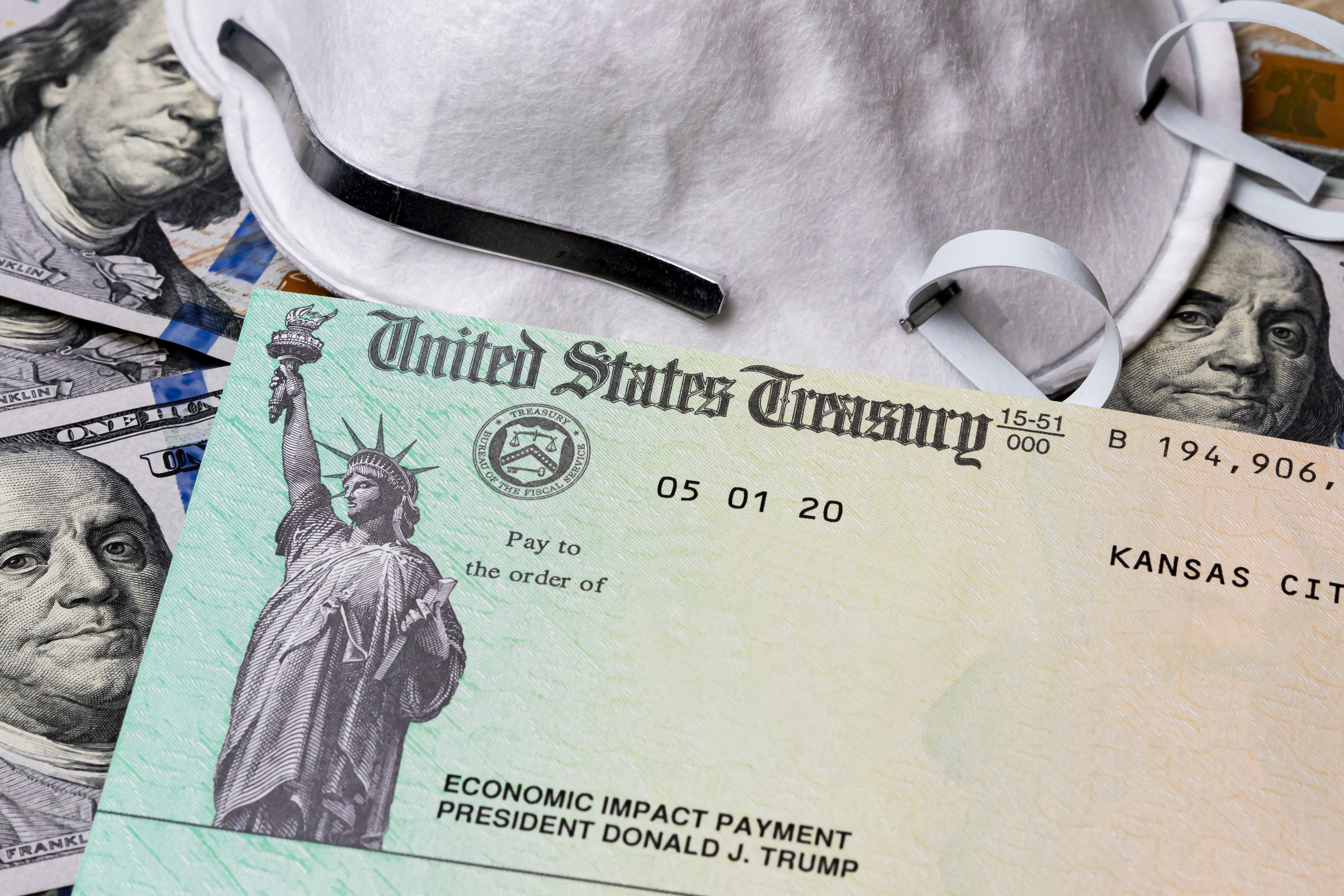 “Certain industries, such as construction, are recovering quickly, while others, such as retail and travel, are facing longer-term impacts and will require additional relief.

“We are also sensitive to the fact that certain areas of the country are experiencing increased numbers of cases of the virus.”

"One of the things we'll talk about is, 'Should we just have forgiveness for all of the small loans?' I think that's something we should consider."

Congress resumes on Monday, but goes on recess again from August 10 to September 7.

That leaves a window of 15 working days between the July and August recesses for Congress to give the green light on another check.