DONALD Trump boogied down to Village People's classic YMCA after a wild rally, while taking a Supreme Court victory lap.

The president moved his arms to the beat of the song while facing his supporters in Middletown, Pennsylvania on Saturday night. 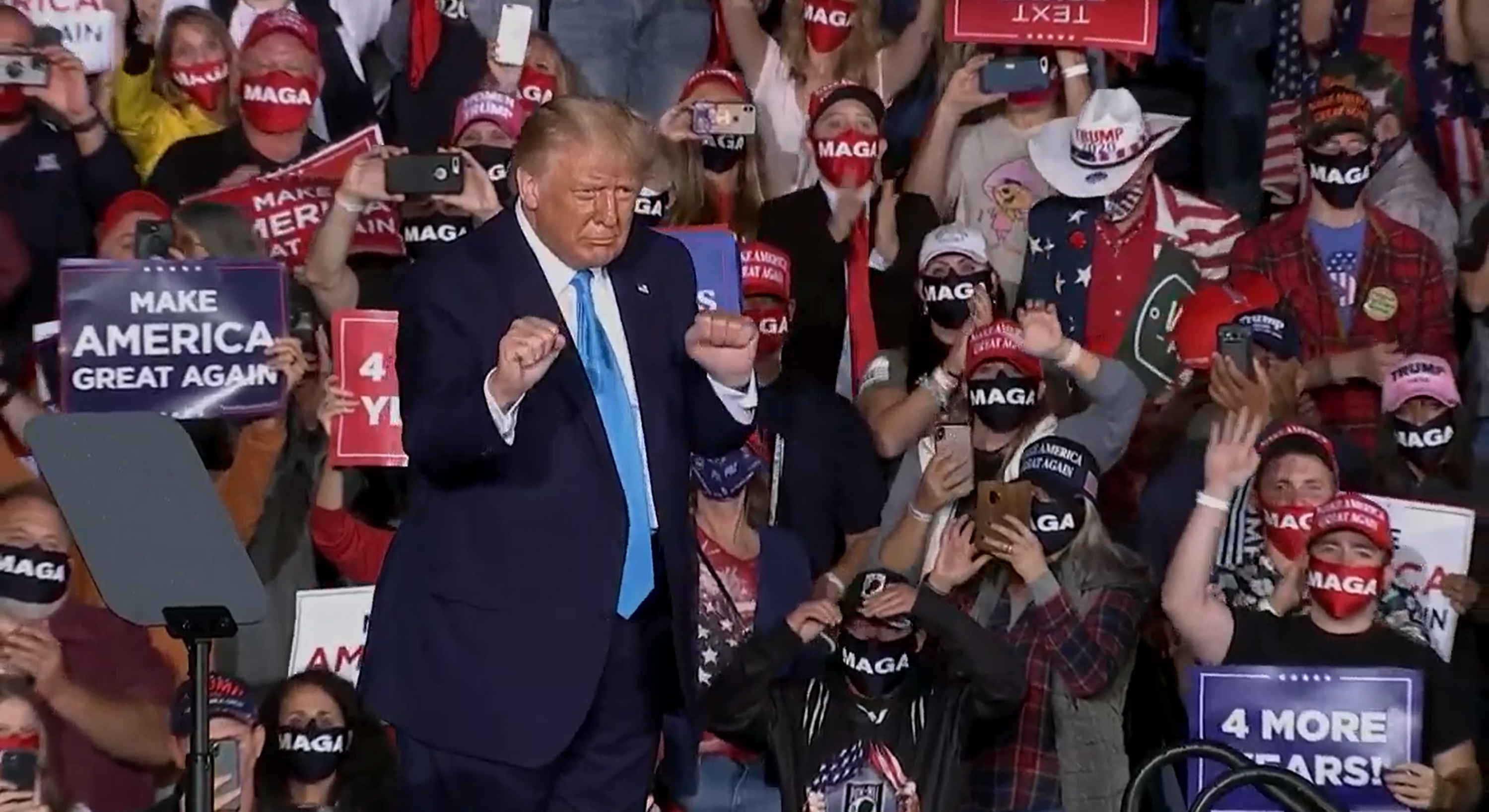 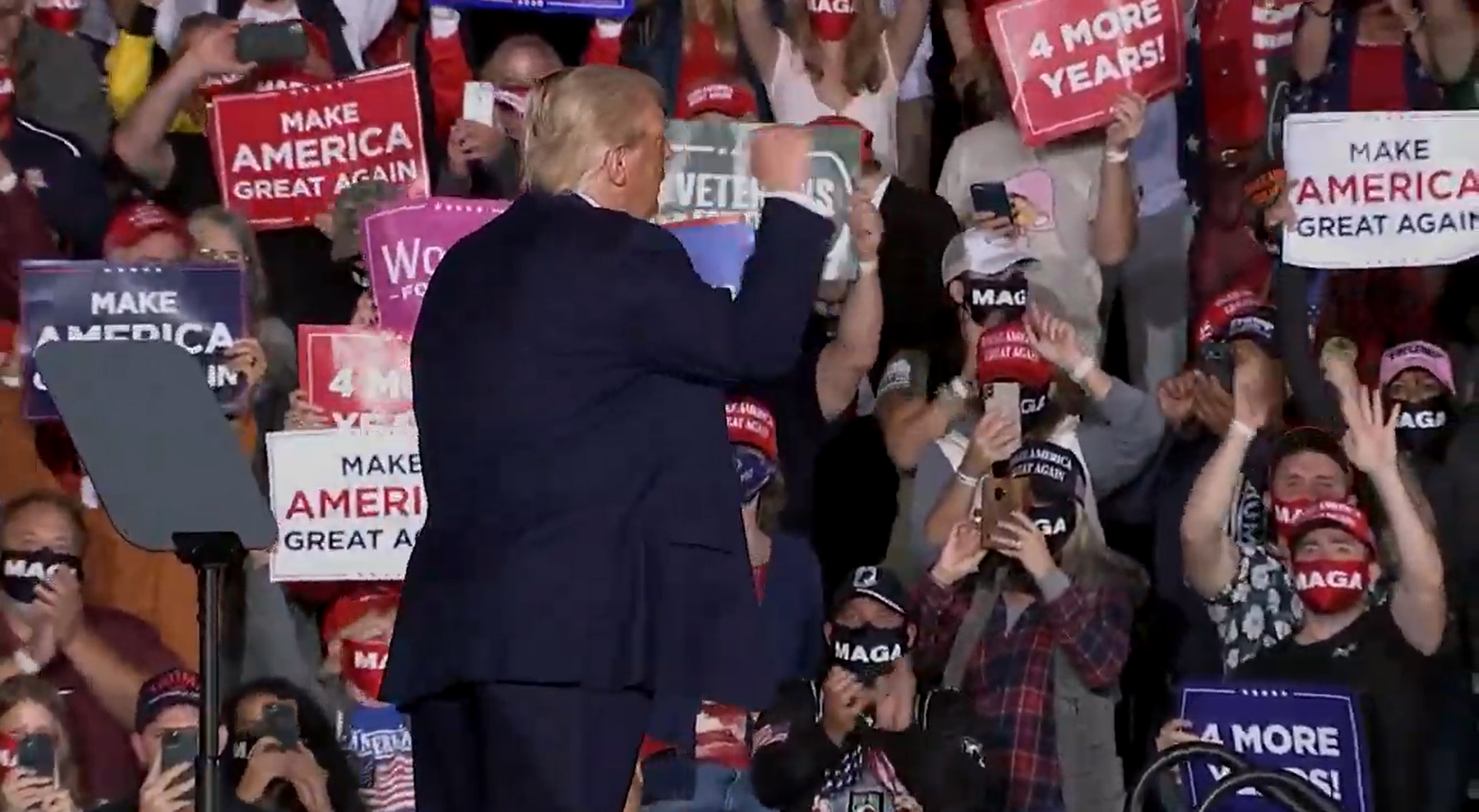 Trump continued to dance to the track as he thanked his fans and waved goodbye to them, before boarding Air Force One.

The president was celebrating his official nomination for the vacant seat in the Supreme Court of Justice.

"Today it is my honor to nominate one of our nation's most brilliant and gifted legal minds to the Supreme Court," Trump said in the Rose Garden earlier that day.

He then went on to confirm his nominee as Amy Coney Barrett, who he dubbed as a "woman of unparalleled achievement." 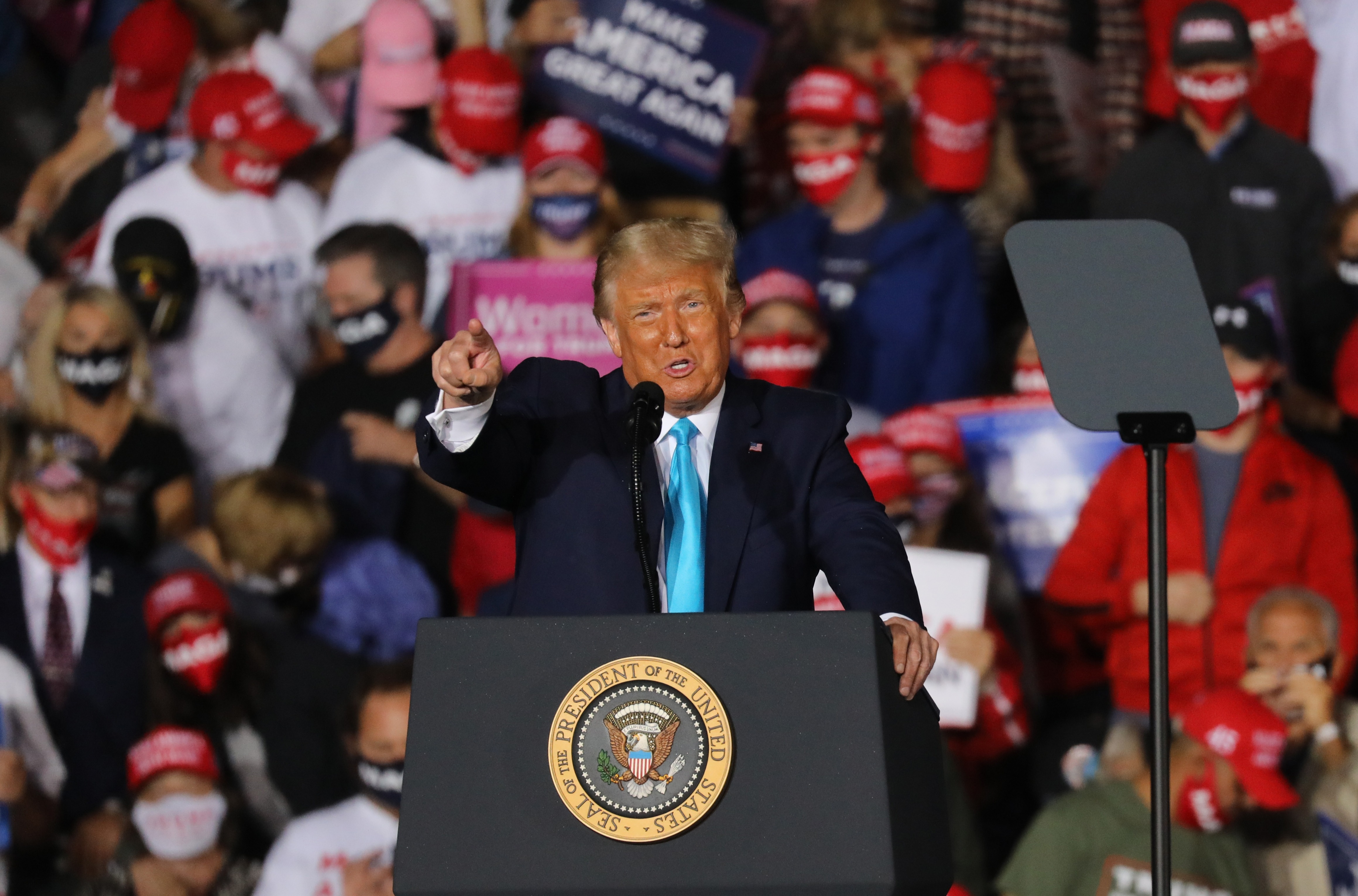 Following the president's speech, Barrett took to the podium to thank him for her nomination, saying she is "deeply honored" by his confidence.

The Senate Judiciary Committee will hold confirmation hearings for Judge Barrett, Trump's Supreme Court nominee, the week of October 12, according to three people familiar with the schedule.

The panel plans to start the hearing with opening statements on Monday October 12, and continue with two days of questioning.

The hearings are scheduled to end on Thursday, October 15 with statements from outside groups.

She will be the sixth justice on the nine-member court to be appointed by a Republican president, and the third of Trump's first term in office.