DONALD Trump’s reelection campaign has accused Gretchen Whitmer of “encouraging assassination attempts” against the president amid an escalating feud with the Michigan governor.

Behind Whitmer, who appeared in an interview with Chuck Todd on Meet the Press on Sunday morning, a small sign displayed the numbers “86” above the numbers “45.” 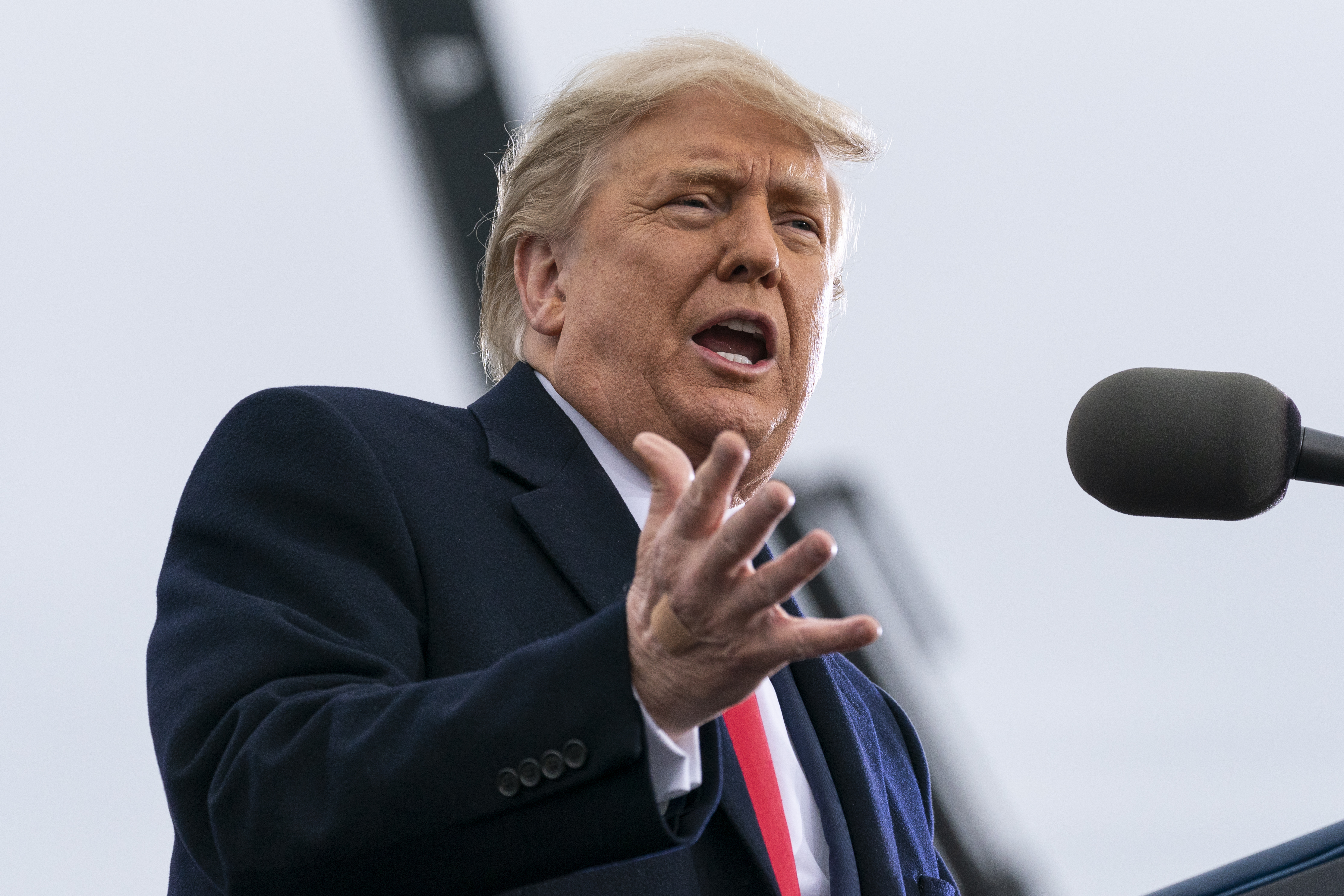 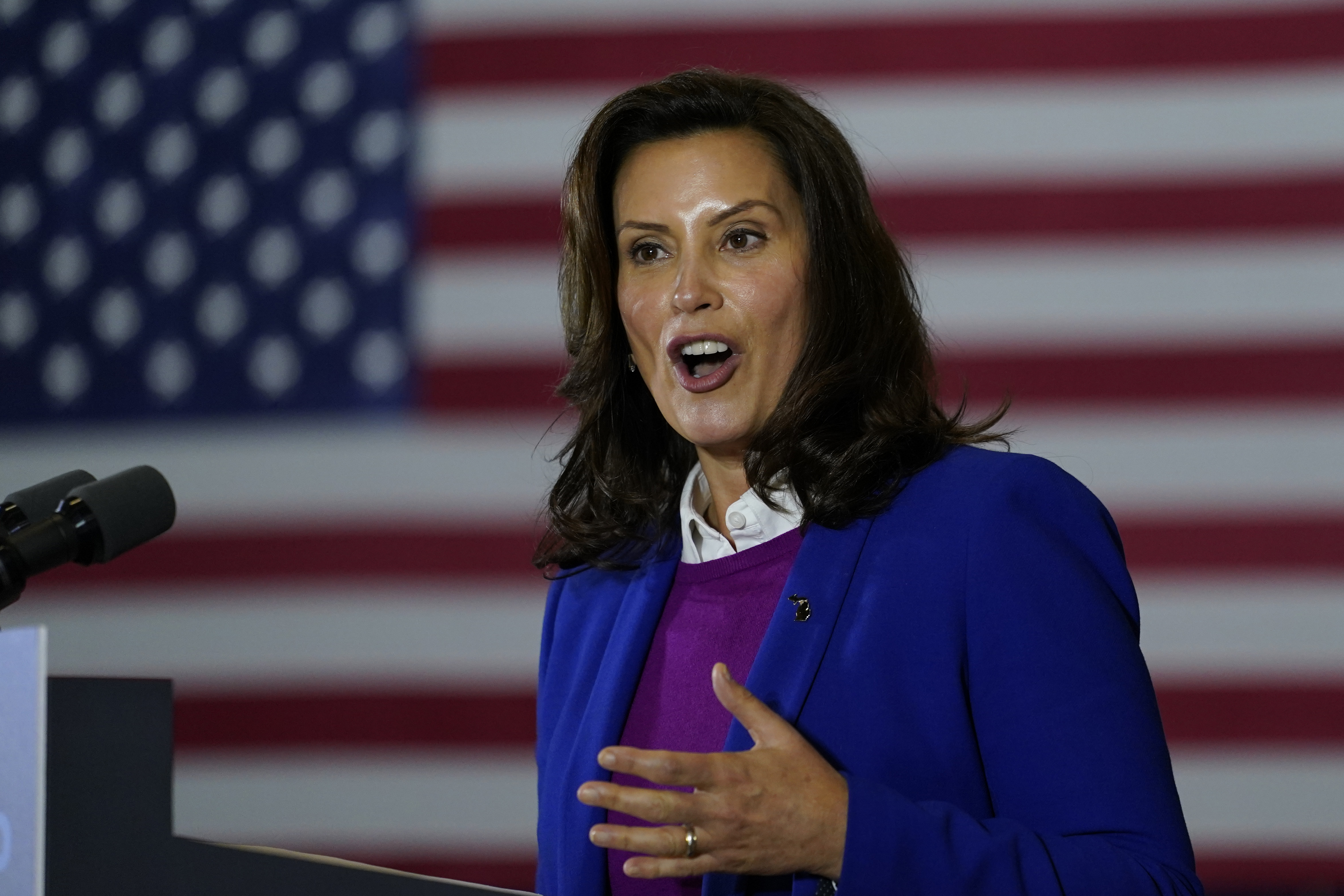 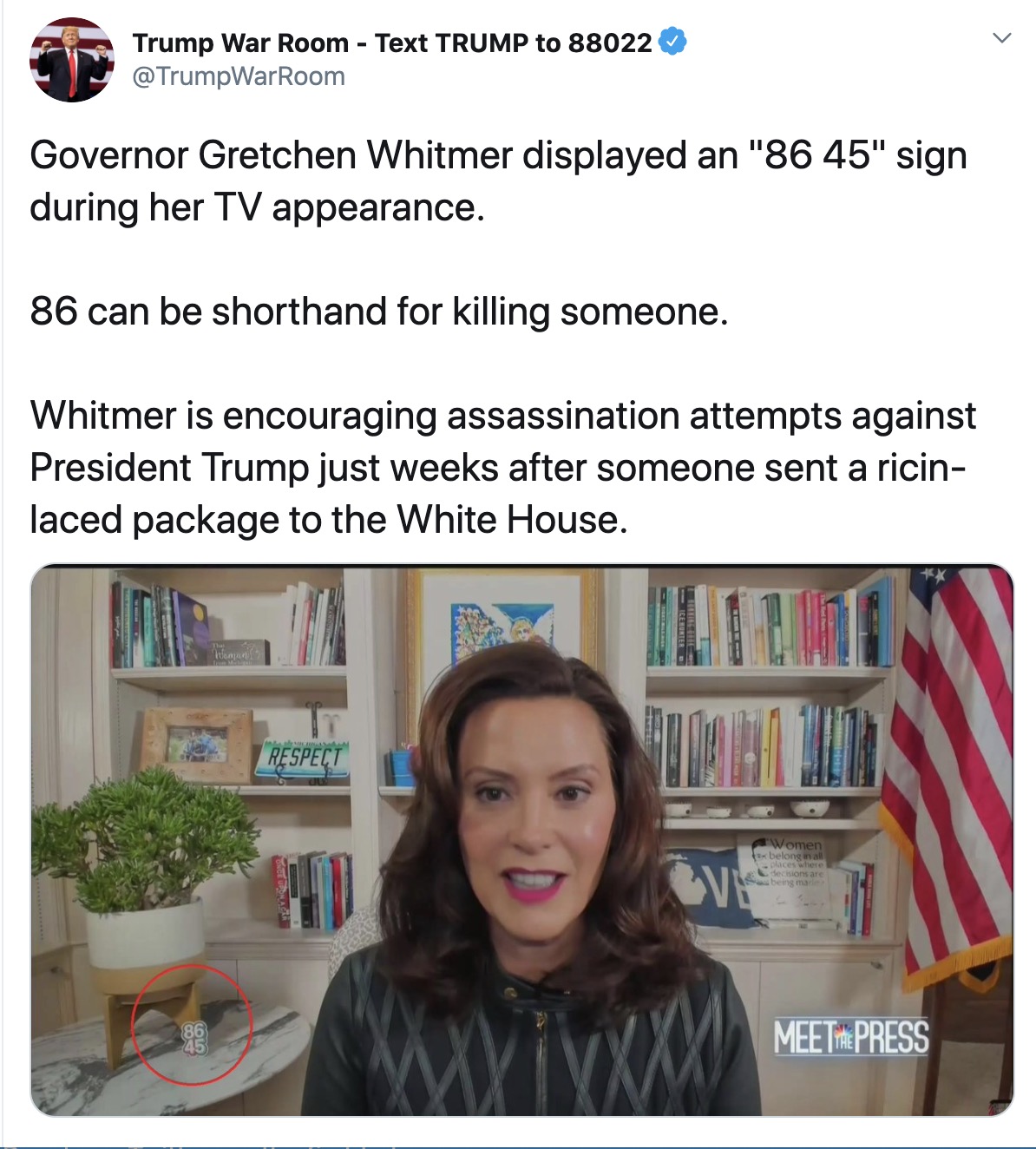 The Trump War Room account claimed in a tweet that “86 can be shorthand for killing someone,” in this case referring to Trump – the 45th president.

“Whitmer is encouraging assassination attempts against President Trump just weeks after someone sent a ricin-laced package to the White House,” the campaign tweeted.

In the defense of its claim, the Trump campaign included a screenshot of a definition of the term "86'd" on the website Urban Dictionary.

“To get rid of, originally for killing someone,” wrote Urban Dictionary contributor Carlos Diaz.

In its tweet, the Trump War Room also referenced news about a woman who was arrested on suspicion of sending an envelope containing the deadly poison ricin to Trump in September.

Pascale Ferrier, of Quebec, Canada was busted at the US-Canada border and has been accused of sending the letter to the White House, which tested positive for the poison after it was intercepted by an offsite mail processing facility.

During the Meet the Press interview, Chuck Todd asked Whitmer about “lock her up” chants heard at a Trump rally on Saturday.

The governor has repeatedly blamed Trump after members of a rightwing militia group were arrested over a plan to kidnap her that she slammed as “domestic terrorism.”

Whitmer called the chant as “incredibly disturbing” and claimed the president was “inspiring and incentivizing and inciting this kind of domestic terrorism.”

"Ten days after that was uncovered, the president is at it again, and inspiring and incentivizing and inciting this kind of domestic terrorism," Whitmer said.

She continued: "It is wrong. It's got to end. It is dangerous, not just for me and by family, but for public servants everywhere who are doing their jobs and trying to protect their fellow Americans."

The Sun has reached out to the office of Gretchen Whitmer and the Trump campaign for additional comment. Woman in labor makes her husband stop at elections office so she can vote first: reports
Celebrities Posts Here’s what we know about Scarlett Johansson and Colin Jost’s wedding
We and our partners use cookies on this site to improve our service, perform analytics, personalize advertising, measure advertising performance, and remember website preferences.Ok