PRESIDENT Trump's tweet claiming he is immune to Covid-19 and "can't give it" has been flagged by Twitter for "misleading and potentially harmful" health information.

The warning was attached to a Sunday morning tweet where the president claimed that he was given the OK by White House doctors after he was diagnosed with the coronavirus last week. 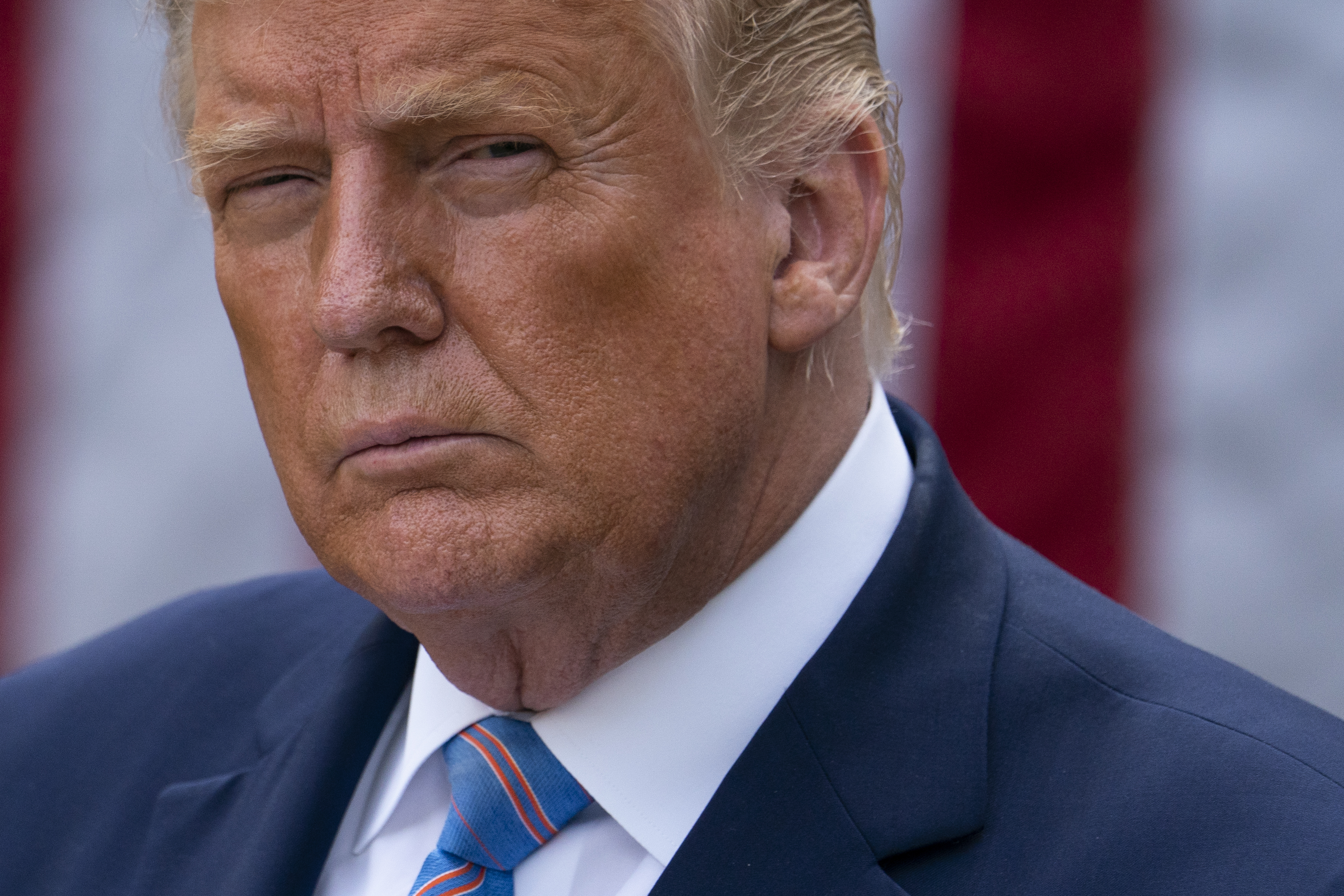 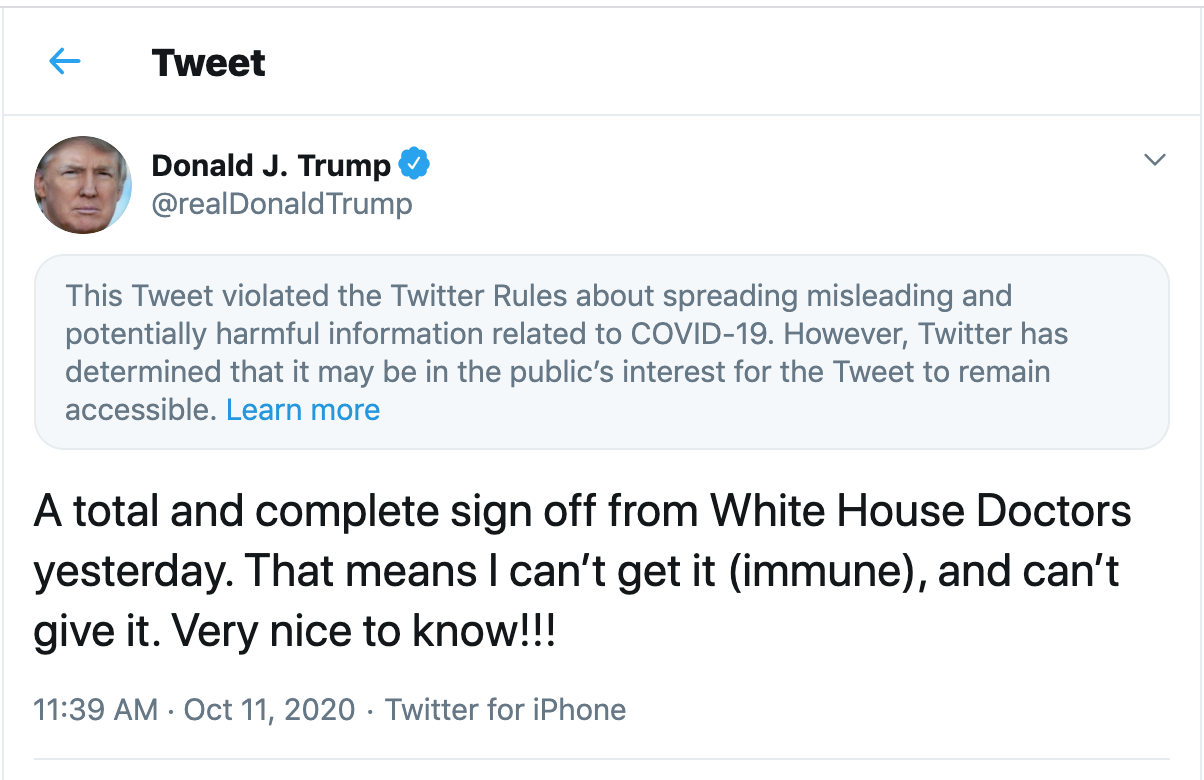 "A total and complete sign off from White House Doctors yesterday. That means I can’t get it (immune), and can’t give it. Very nice to know!!!," the president tweeted.

"This Tweet violated the Twitter Rules about spreading misleading and potentially harmful information related to COVID-19," the warning reads.

"However, Twitter has determined that it may be in the public’s interest for the Tweet to remain accessible."

The president also commented on his "immunity" during a Sunday morning interview with with Fox News' Maria Bartiromo, where he was asked if he is Covid-free.

"Yes – and not only that, it seems like immune so I can go way out of a basement," he said.

The president later added: "Once you do recover, you're immune."

Doctors have said it's unclear exactly how long coronavirus antibodies last, but very few diseases leave people with life-long immunity, according to the Associated Press.

There is some evidence that people who have been infected with Covid-19 have some immunity for at least three months.

Reinfection so far has been rare, though there have been documented cases. One man in Hong Kong tested positive for the virus twice months apart, though he showed no symptoms the second time, according to reports.

Trump and his doctors have received a huge amount of backlash for being vague about the specifics of the president's condition after news of his Covid infection broke last week.

The president's doctor, Sean Conley, released a memo on Saturday stating that the president was no longer contagious to others.

"This evening I am happy to report that in addition to the president meeting CDC criteria for the safe continuation of isolation, the morning's COVID PCR sample demonstrates, by currently recognized standards, he is no longer considered a transmission risk to others," he wrote.

Conley's comments came on the same day that Trump gave a speech outside of the White House to hundreds of people.

Despite the claims from Trump and his medical team, no one has confirmed whether the president has actually tested negative for Covid-19, or when his last test was.