PRESIDENT Donald Trump started his Independence Day weekend by hitting the golf course for the third time this week, despite coronavirus spikes around the country and outrage from the Russian bounty scandal.

The president arrived at the Trump National Golf Club in Virginia Friday morning where he was greeted by a small group of protestors. 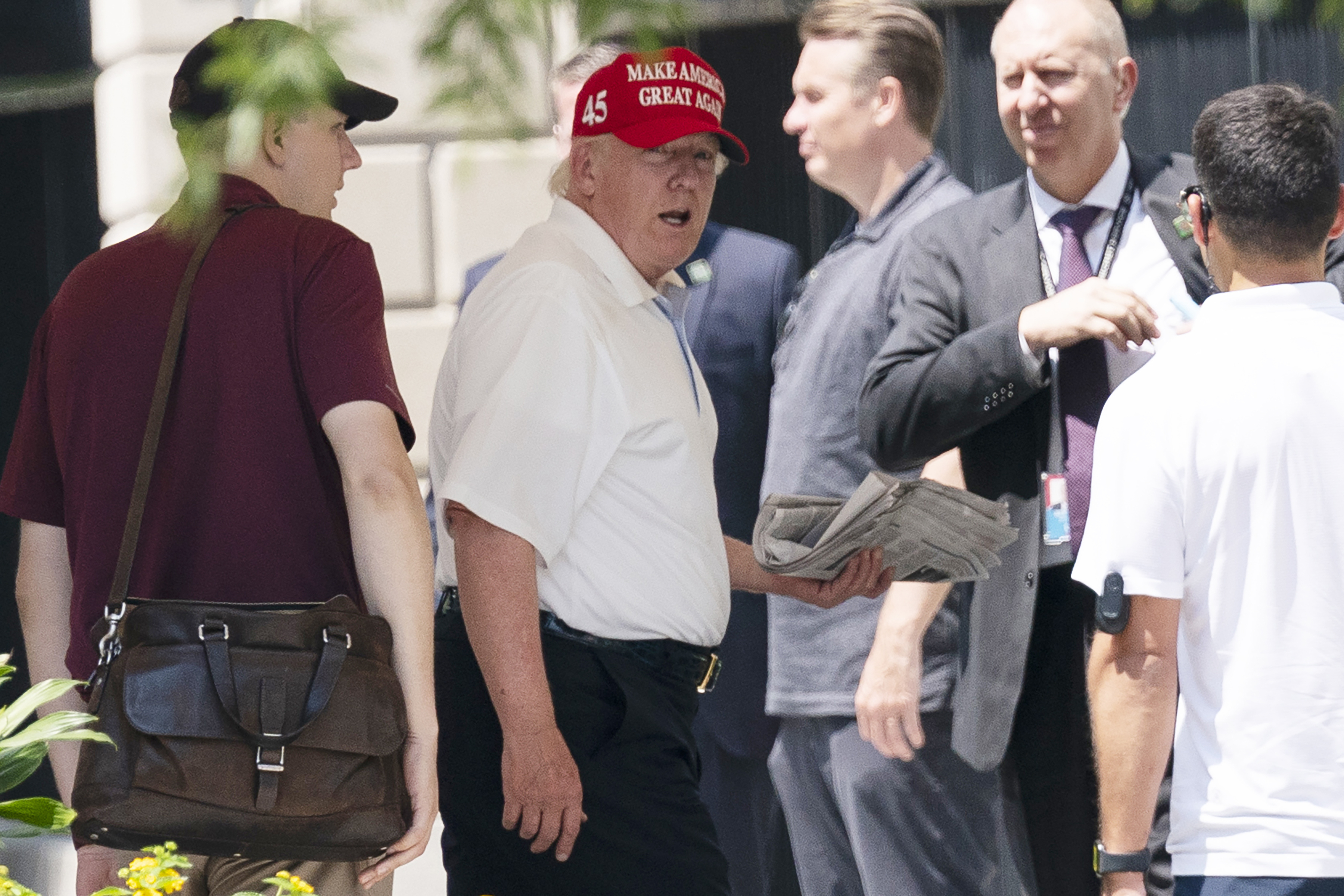 One woman was reportedly holding a sign that read: "Trump is a traitor."

Trump and First Lady Melanie Trump were expected to travel to South Dakota to watch a fireworks show at Mt. Rushmore for the 4th of July.

During his 2016 campaign, Trump said he wouldn't have time to golf during his presidency because he would be busy "working", NY Daily News reported.

The president also played at the Virginia course last Saturday and Sunday.

Just before his golf round on Sunday, Trump retweeted a video where an apparent Trump supporter yelled "white power!"

White House officials attempted to contact the president to ask him to delete it however they could not reach him because he was golfing.

Rep. Ted Lieu, D-Cali., tweeted his surprise and disapproval of Trump's decision to gold during the coronavirus crisis and Russian bounty scandal.

"Even if the shifting White House stories are true that Trump did not receive info about Russia paying bounties to kill US troops, POTUS certainly knew last Friday," he tweeted. "And Trump still has not issues a single statement condemning Putin. But he has played gold, 3 times."