PRESIDENT Trump has instructed General Motors and Ford to "immediately" make ventilators and said he will invoke Defense Production act if necessary.

Trump took to Twitter to issue his order, calling on the manufacturers to start producing the vital machines in preparation for surging COVID-19 patients that may overwhelm US hospitals. 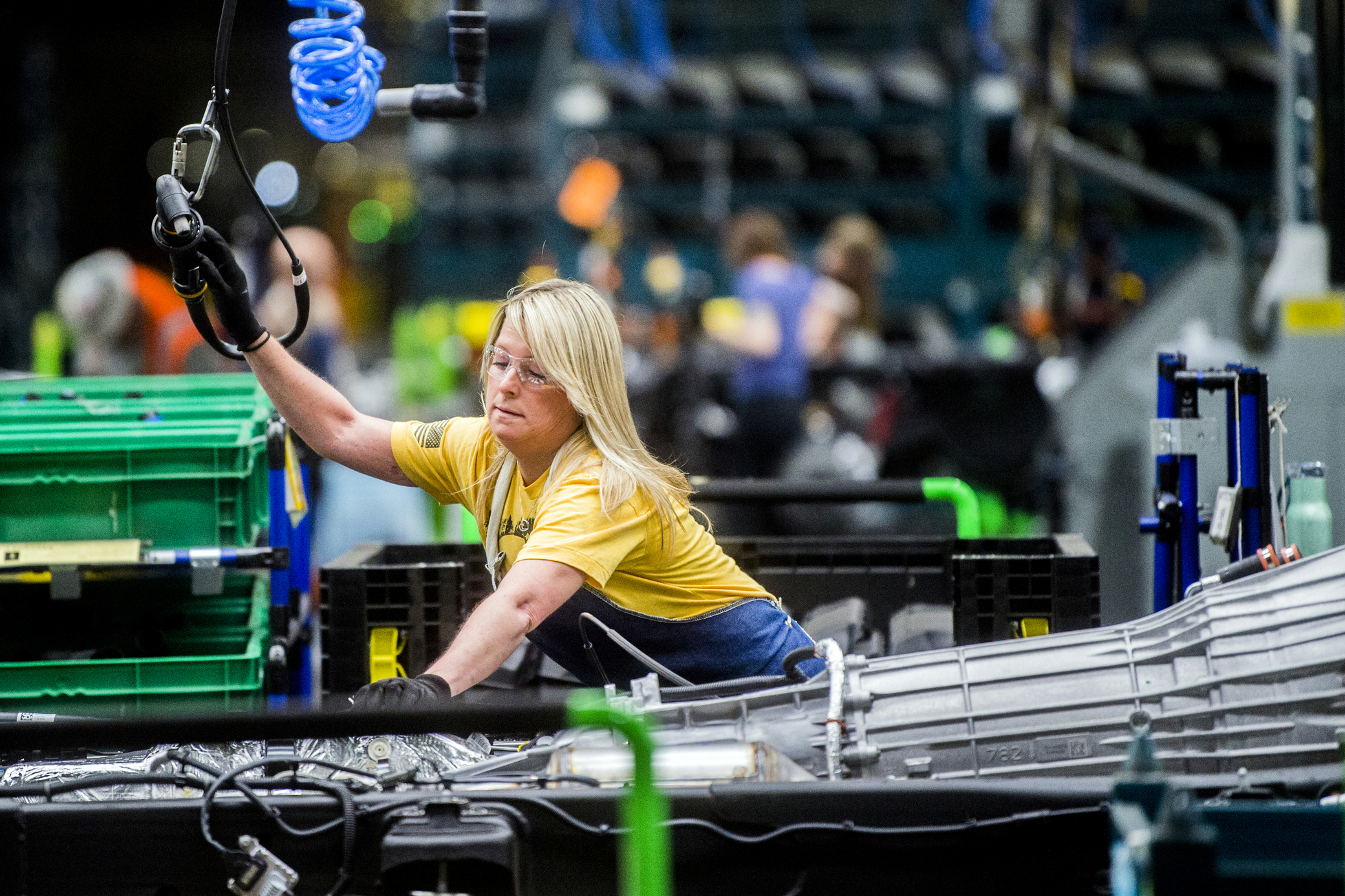 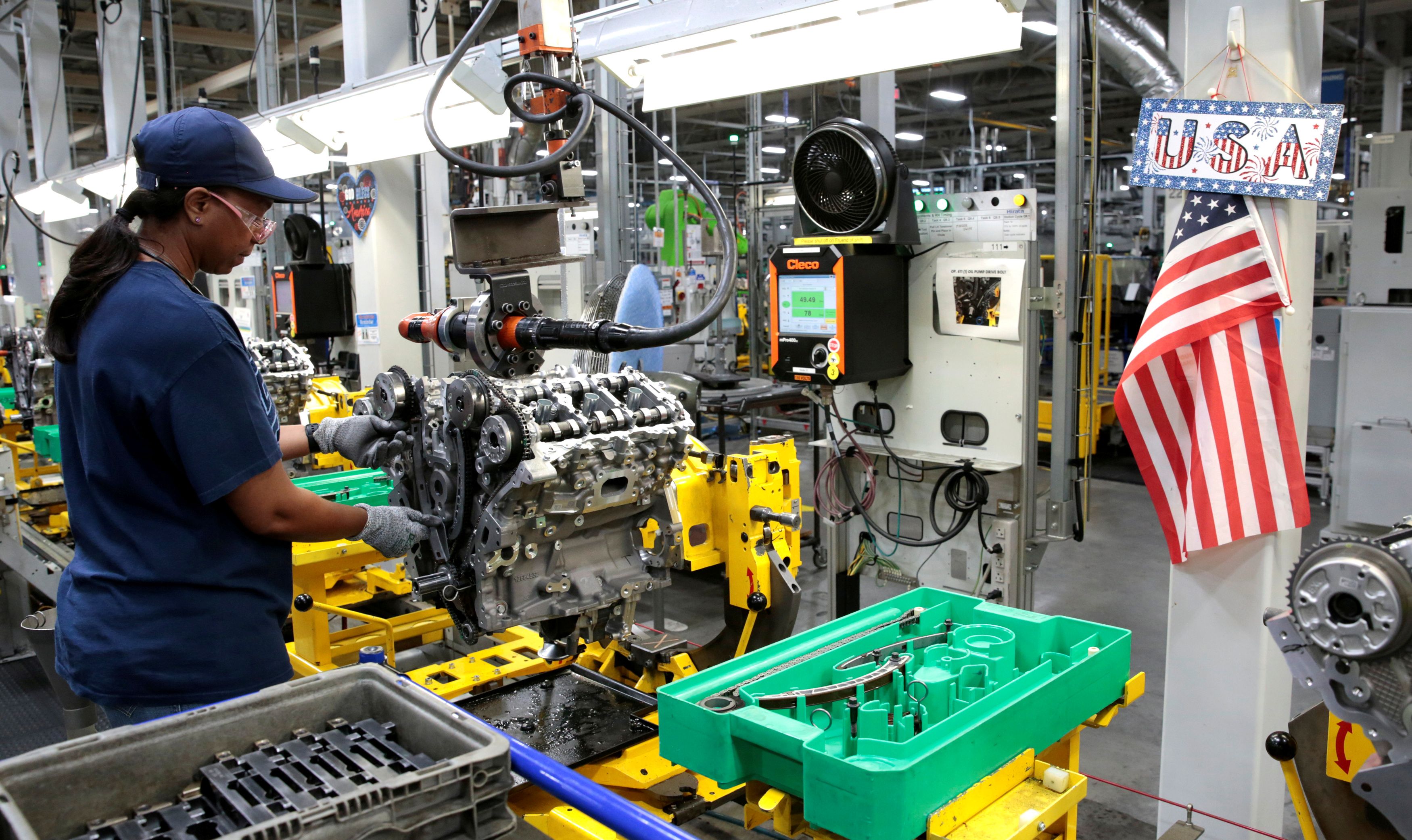 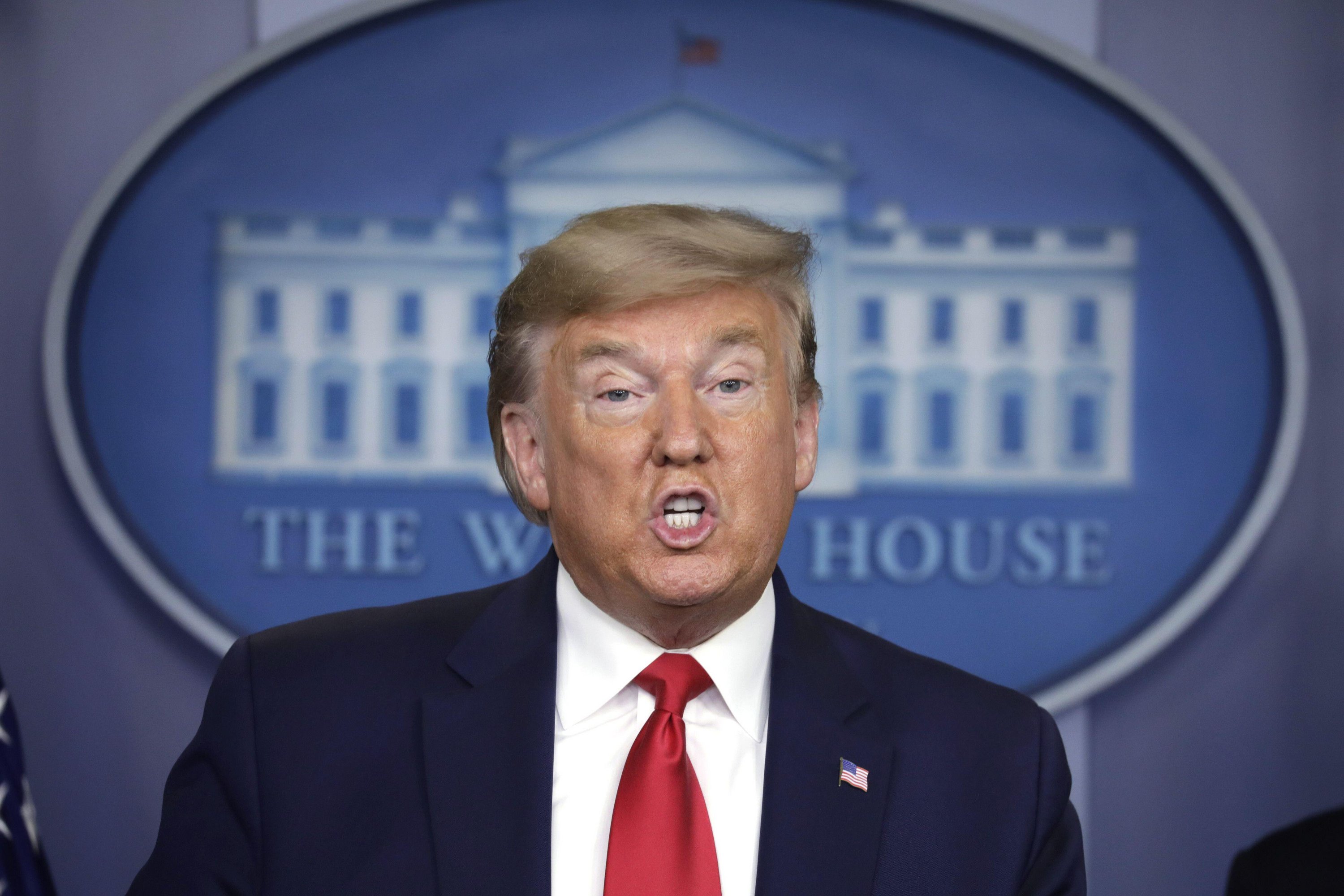 He tweeted: "As usual with “this” General Motors, things just never seem to work out. They said they were going to give us 40,000 much needed Ventilators, “very quickly”.

"Now they are saying it will only be 6000, in late April, and they want top dollar. Always a mess with Mary B. Invoke “P”.

"General Motors MUST immediately open their stupidly abandoned Lordstown plant in Ohio, or some other plant, and START MAKING VENTILATORS, NOW!!!!!!" Trump added in another tweet.

Implementing this act means the government could mandate and contract companies to make these critical supplies.

The president issued the online order after projections estimate over 80,000 Americans could die from the virus in the coming months.

Later, he confirmed the government "purchased many Ventilators from some wonderful companies. Names and numbers will be announced later today!" 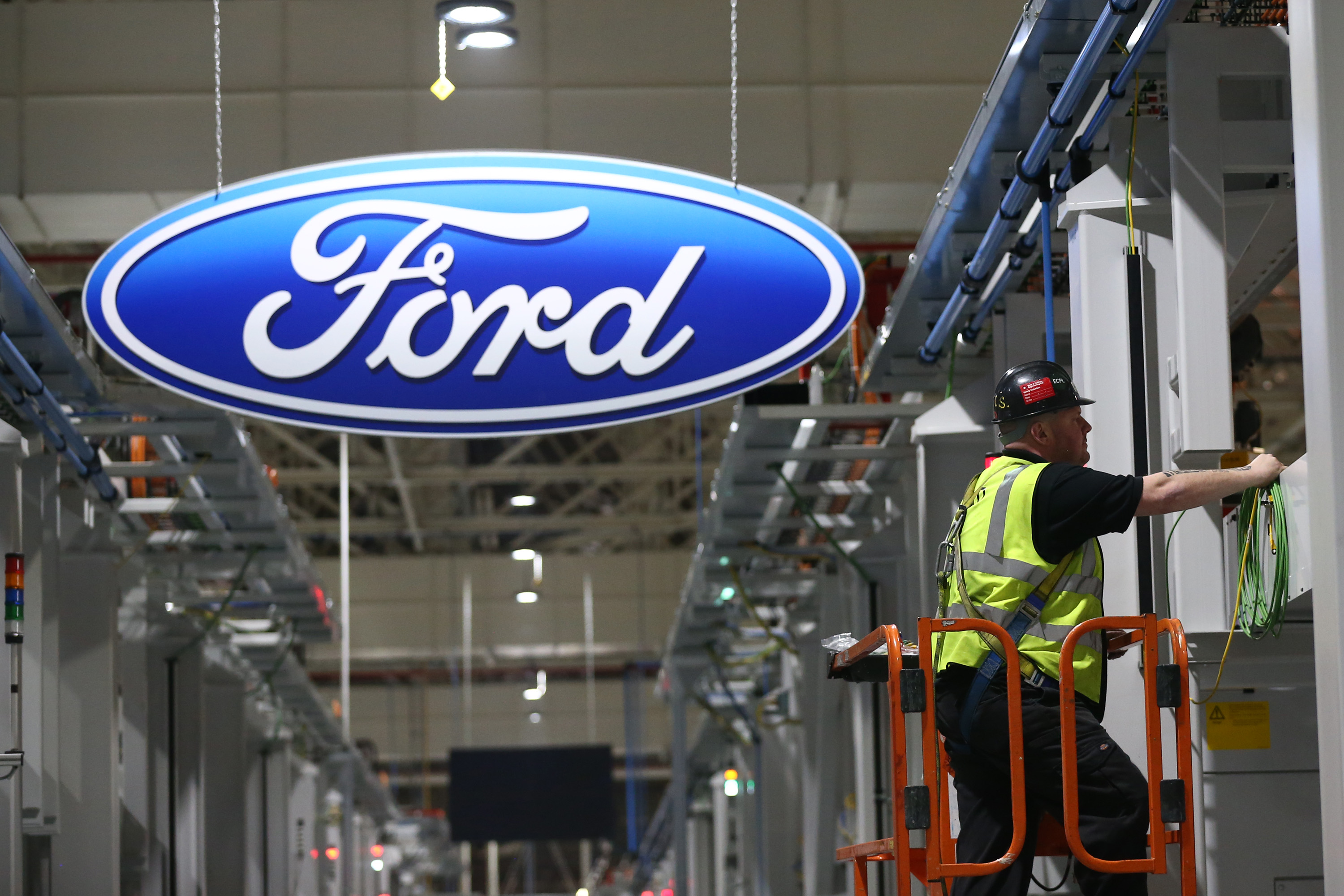 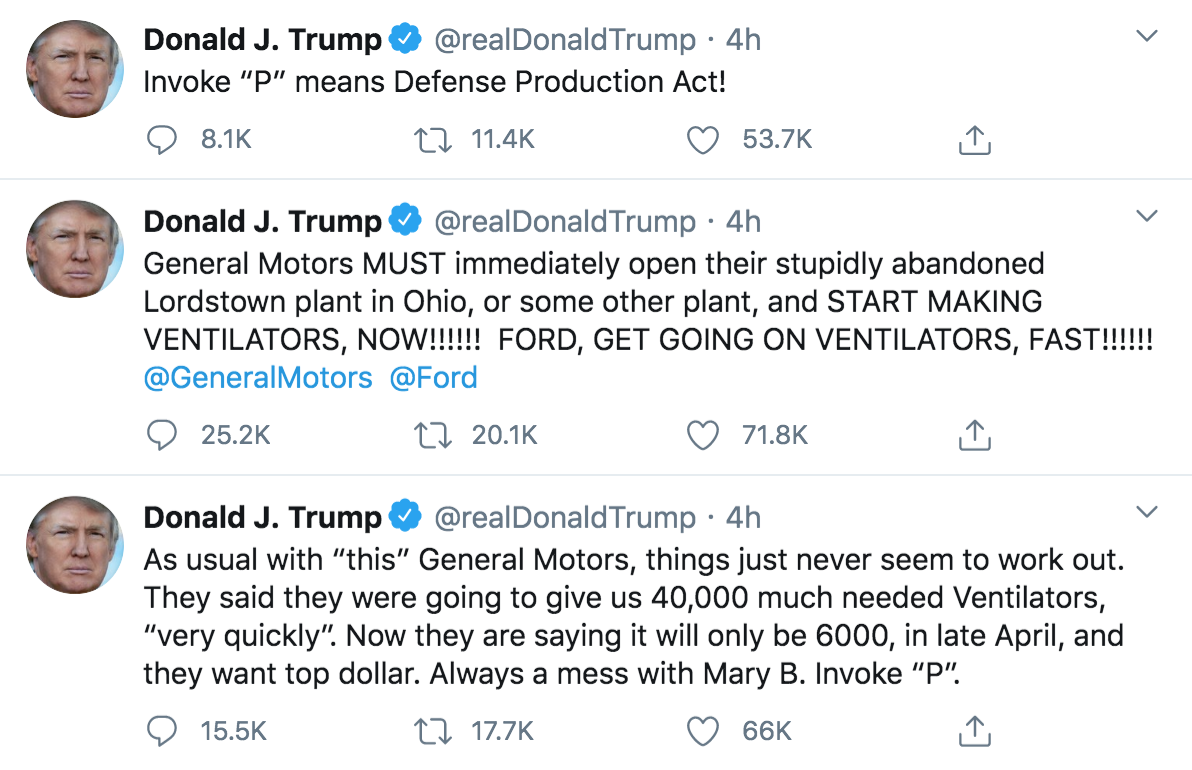 Ventilators will be made by around 1,000 GM employees for the ventilator company, Ventec Life Systems at their factory in Kokomo, Indiana.

The facility was shut down during the pandemic but the automaker is aiming to make around 10,000 ventilators per month, according to GM and Ventec, reports The Verge.

It isn't clear when this quota will be reached, however.

Ford has announced that they would be working with 3M, GE Healthcare and UAW to make critical supplies.

The company confirmed it was "lending its manufacturing and engineering expertise to quickly expand production of urgently needed medical equipment and supplies for healthcare workers, first responders and patients fighting coronavirus."

But mandating the Defense Production Act means the government would not rely on voluntary production.

Others have weighed into the debate, like socialist Bernie Sanders, who urged Trump to "enforce the Defense Production Act to immediately produce and distribute the masks, gloves, gowns, and ventilators we need."

Another Dem Brian Schatz said Trump's tweet was "not an Executive order" after the president urged the companies to act.

The news comes as the president prepares to sign the coronavirus relief package at 4pm on Friday, which includes providing Americans with a check of $1,200 to prop up the flailing economy. 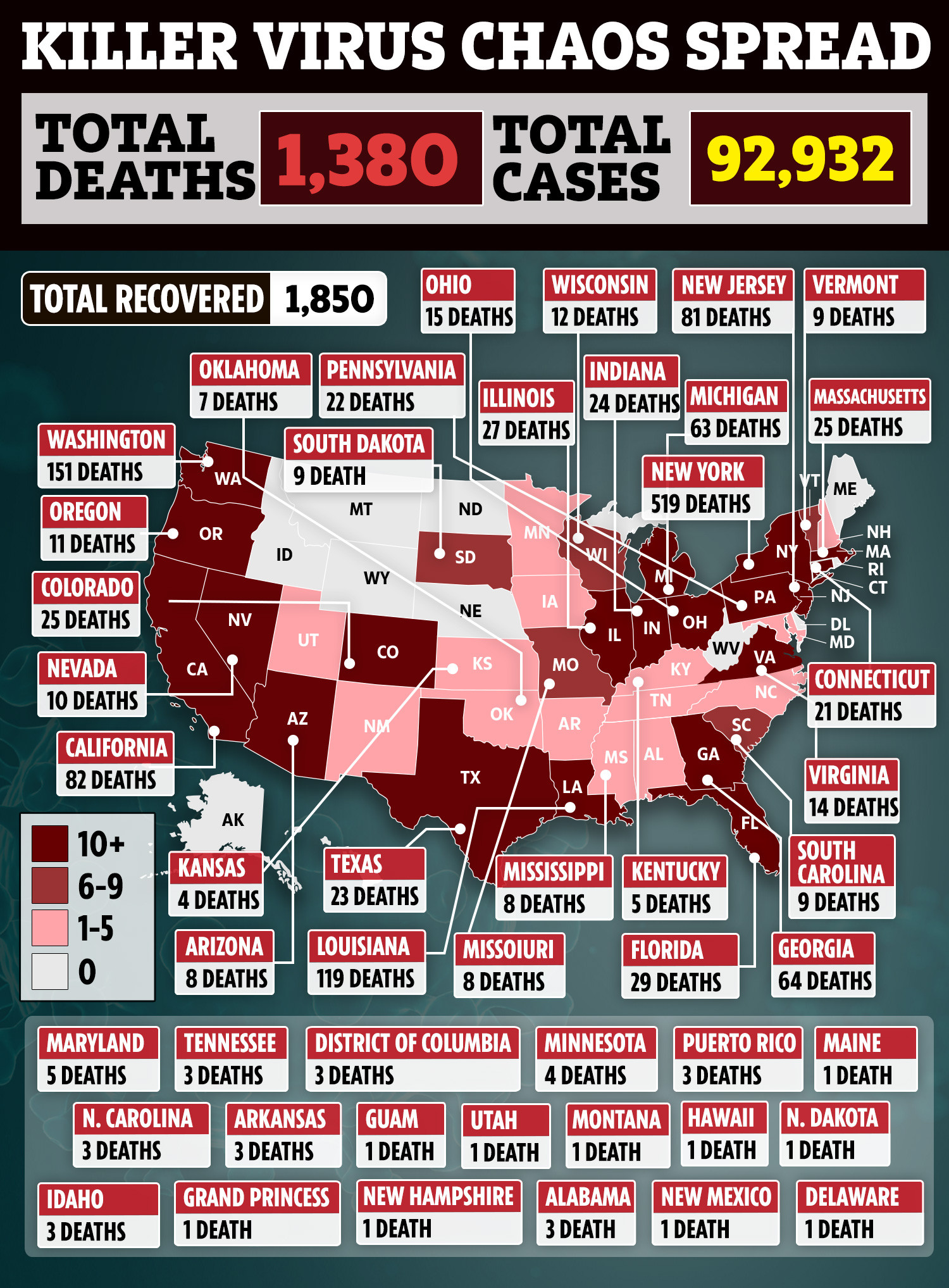