Trump thanks Cambodia over ship in rare message to China-ally 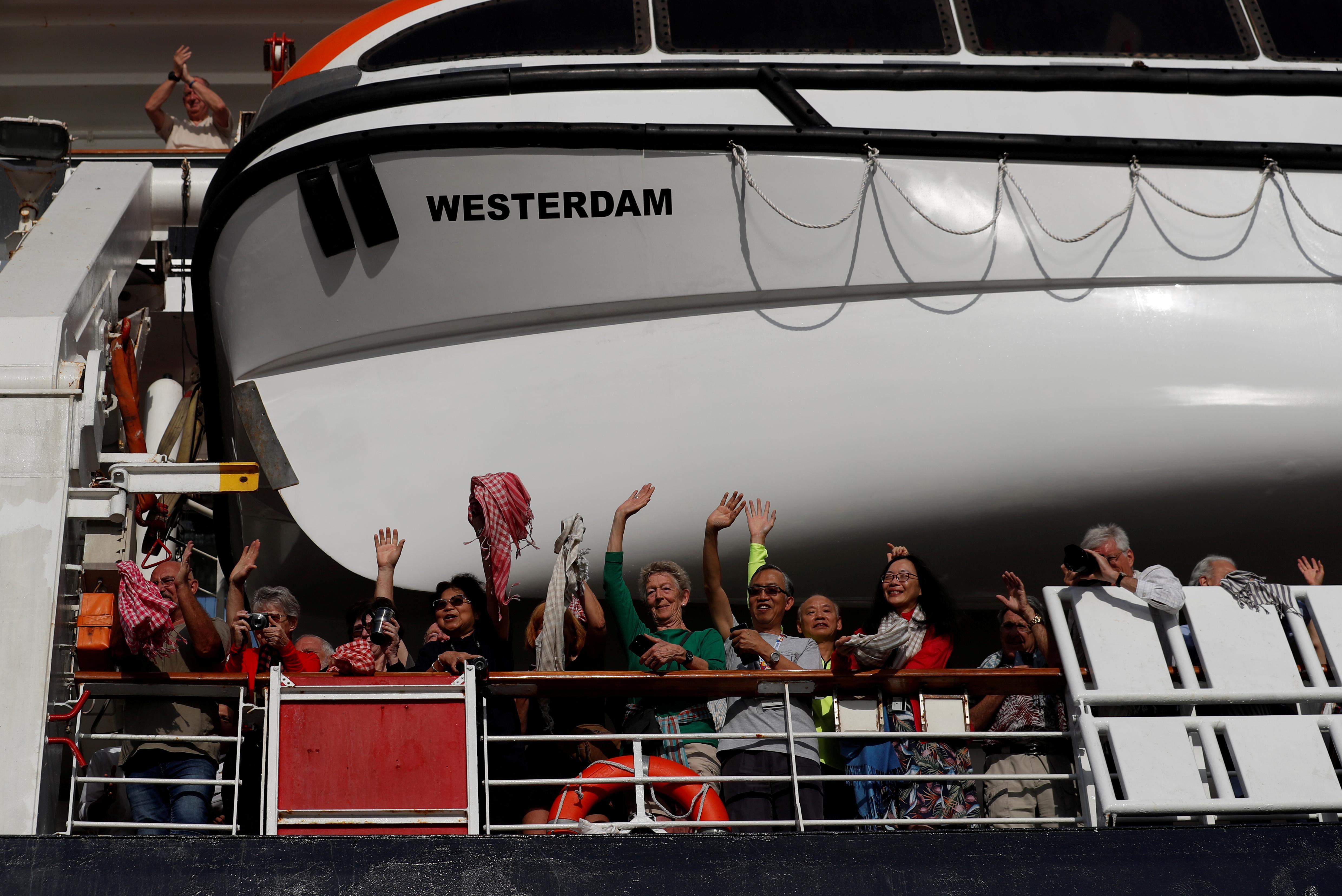 SIHANOUKVILLE, Cambodia (Reuters) – U.S. President Donald Trump has thanked Cambodia for taking in the castaway cruise ship MS Westerdam in a rare message to a country that is one of China’s closest allies and has often been at odds with Washington.

Five countries turned away the Westerdam, worried its passengers could be carrying the coronavirus despite it having no known cases before Cambodia’s authoritarian prime minister, Hun Sen, agreed the passengers could disembark there.

“Thank you to the beautiful country of Cambodia for accepting the @CarnivalCruise ship Westerdam into your port. The United States will remember your courtesy,” Trump tweeted late on Friday.

The Westerdam, operated by Carnival Corp. unit Holland America Inc, docked in the port of Sihanoukville on Thursday after being shunned for two weeks. Its 1,455 passengers began to disembark on Friday to head home.

The passengers were tested regularly on the ship and Cambodia also tested 20 once it docked. None were found to have the new coronavirus that has killed more than 1,500 people, the vast majority in China.

Hun Sen has often sparred with the United States over its accusations of human rights abuses and its condemnation of a crackdown on the opposition since 2017.

He has brought Cambodia much closer to China, which has provided billions of dollars in aid and in loans for infrastructure projects as well as standing by Cambodia in the face of Western criticism. Kylie Jenner Complains About Her Life, Gets DESTROYED on Twitter
We and our partners use cookies on this site to improve our service, perform analytics, personalize advertising, measure advertising performance, and remember website preferences.Ok