Washington: With the partial government shutdown headed toward its second week and no resolution in sight, President Donald Trump on Friday issued a string of tweets in which he once again vowed to close the entire US border with Mexico and halt aid to several Latin American countries unless Democrats agree to his demand for billions of dollars in wall funding.

Trump is also cancelling plans to visit his Florida resort, Mar-a-Lago, and will remain in Washington over the New Year holiday, Office of Management and Budget Director Mick Mulvaney said. 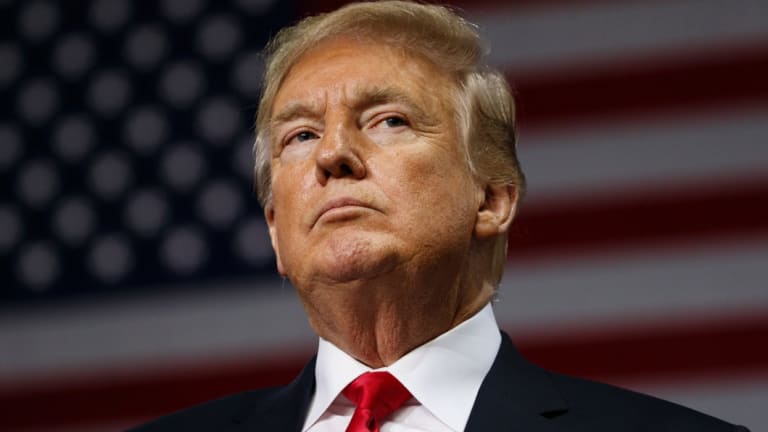 President Donald Trump has threatened to shut down the entire US-Mexico border as an impasse over border security funding drags on.Credit:AP

Trump's tweets come as Congress has effectively given up on breaking the impasse over the President's demands for border-wall funding, all but ensuring that the partial government shutdown will stretch into at least the start of the new year.

The House and the Senate convened for just minutes on Thursday before closing until next week. During the brief session in the House, Republicans shot down a Democratic attempt to vote on legislation to reopen the government.

As he did on Thursday, Trump remained out of public view on Friday. In an appearance on Fox News, Mulvaney said that the President had "cancelled his plans for Christmas, and now he's cancelled his plan for New Year's."

"He's staying in Washington, D.C., over New Year's," said Mulvaney, who is set to become Trump's acting chief of staff next month.

Even though Trump will be in town and Republicans control both chambers of Congress, Mulvaney acknowledged that little progress on a deal is expected until the start of the new Congress on January 3, when Democrats will retake the House. Contending that Democrats "have simply shut down the discussions", he sought to place the blame on House Minority Leader Nancy Pelosi, who is expected to be elected speaker in the new Congress.

"Nancy Pelosi, in fairness, does not have the votes for the speakership yet," Mulvaney said. "She cannot be seen by her party as being weak on negotiating with Donald Trump. So we fully expect that until she is elected speaker and has locked that vote up, we don't expect to hear from the Democrats again."

According to a Washington Post tally, Pelosi, who won the Democratic caucus's nomination for the speakership in late November, appears to have secured enough support to be elected speaker in January.

Pelosi's spokesman, Drew Hammill, said in a statement on Friday that Democrats "are united against the President's immoral, ineffective and expensive wall – the wall that he specifically promised that Mexico would pay for."

Democrats will not consider any offers that have not been publicly endorsed by Trump himself, he said.

"While we await the President's public proposal, Democrats have made it clear that, under a House Democratic majority, we will vote swiftly to reopen government on Day One," Hammill said.

At the heart of the stalemate is Trump's demand for $US5 billion in funding for his proposed wall at the US-Mexico border. Congressional Democrats have rejected that figure and in recent weeks have refused to publicly endorse a figure above $US1.3 billion, which continues existing funding levels and includes money for new border fencing and levee walls, but not the concrete wall Trump once demanded before he started more recently talking about "steel slats".

Mulvaney said Friday that "some folks use the term 'wall' and they mean different things".

"Everyone agrees that what we can and should be building on that southern border is that steel barrier that the President tweeted out. That's what he wants to build. The Democrats, believe it or not, don't call that a wall," he said.