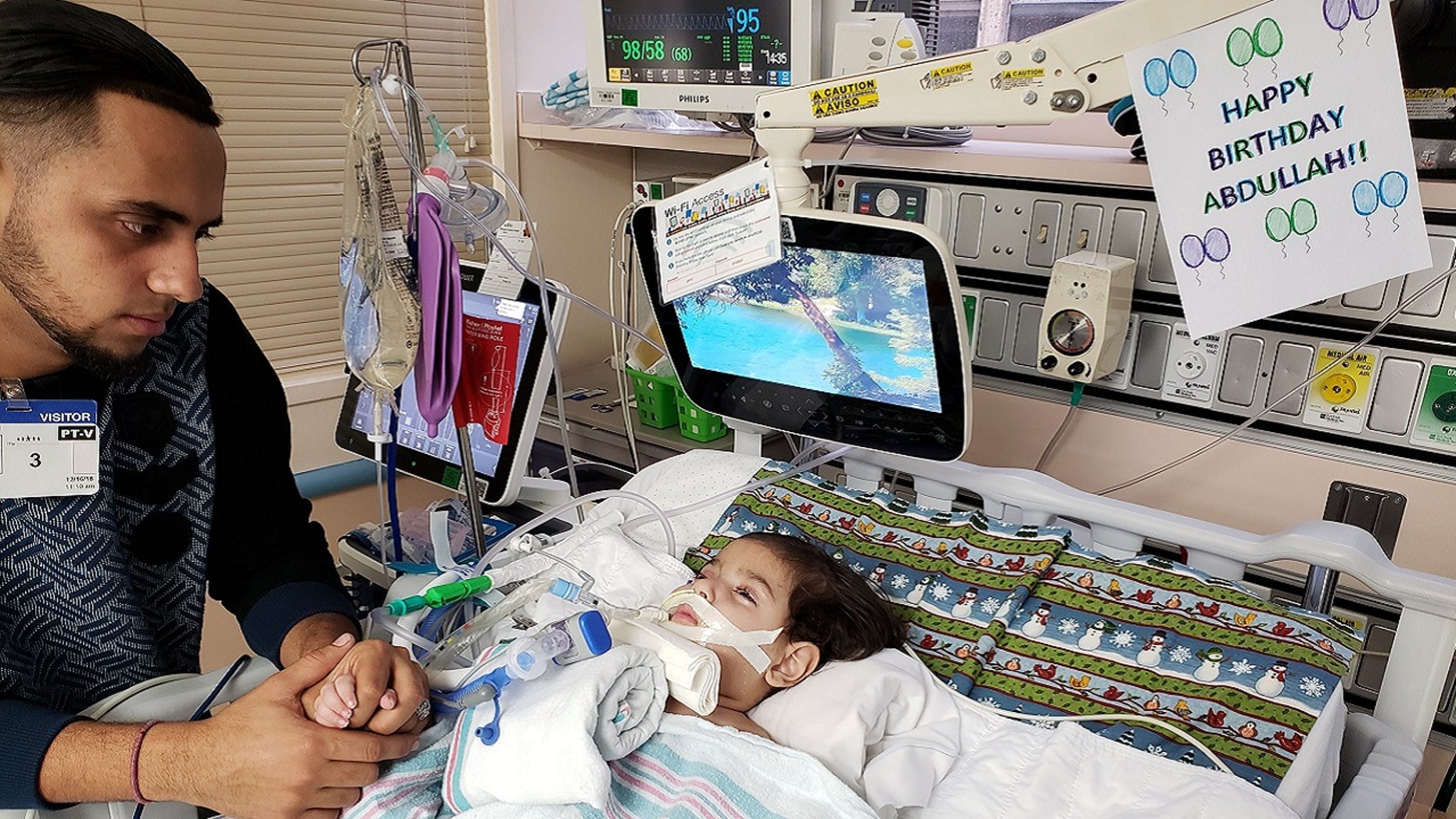 Ali Hassan, 22, sits with his son Abdullah, 2, who is on life support at UCSF Benioff Children’s Hospital in Oakland, Calif.
(CAIR)

A 2-year-old boy on life support in Northern California may not be able to reunite in time with his mother from Yemen due to the Trump administration's travel ban, the boy's family said on Monday.

Abdullah Hassan, the boy who is currently receiving care at UCSF Benioff Children's Hospital in Oakland, suffers from a rare degenerative brain disease and does not have much time left to live.

His father, Ali Hassan, 22, is asking the U.S. government to allow his wife to see their son for "one last time," Sacramento's Fox 40 reported.

"My son Abdullah needs his mother," Hassan said, according to The Los Angeles Times. "My wife's calling me every day, wanting to kiss and hold our son…"

"I see him, he's getting worse and worse," Hassan said, according to the station.

"Doctors and physicians have told us that it’s a matter of days, not a matter of weeks, for Abdullah," said Saad Sweilem, a civil rights attorney at Council on American-Islamic Relations, Fox 40 reported.

The boy and his father are U.S. citizens, but the mother, Shaima Swileh, is a Yemeni national currently living in Egypt and has not been able to obtain a visa to enter the U.S., The San Francisco Chronicle reported.

"She was told she needs a waiver to be able to enter the country," Sweilem said, according to the station. "So for the last year, she’s been waiting on a waiver and never received one."

The Trump administration's travel ban, upheld by the Supreme Court in June, prohibits citizens from the five majority-Muslim countries, Iran, Libya, Somalia, Syria and Yemen travel to the U.S.

“This is a very real case that really shows the effects of family separation,” said Sweilem, who is representing the family, according to The Times. “This is a United States citizen that is going to die away from his mother.”

Sweilem is calling on the government to expedite the process of receiving the waiver so Swileh could say goodbye to her son, Fox 40 reported.

“If I could take him off the ventilator and to the airplane, I would take him to her. I would let her see him. But he won’t make it,” the boy's father told The Chronicle.